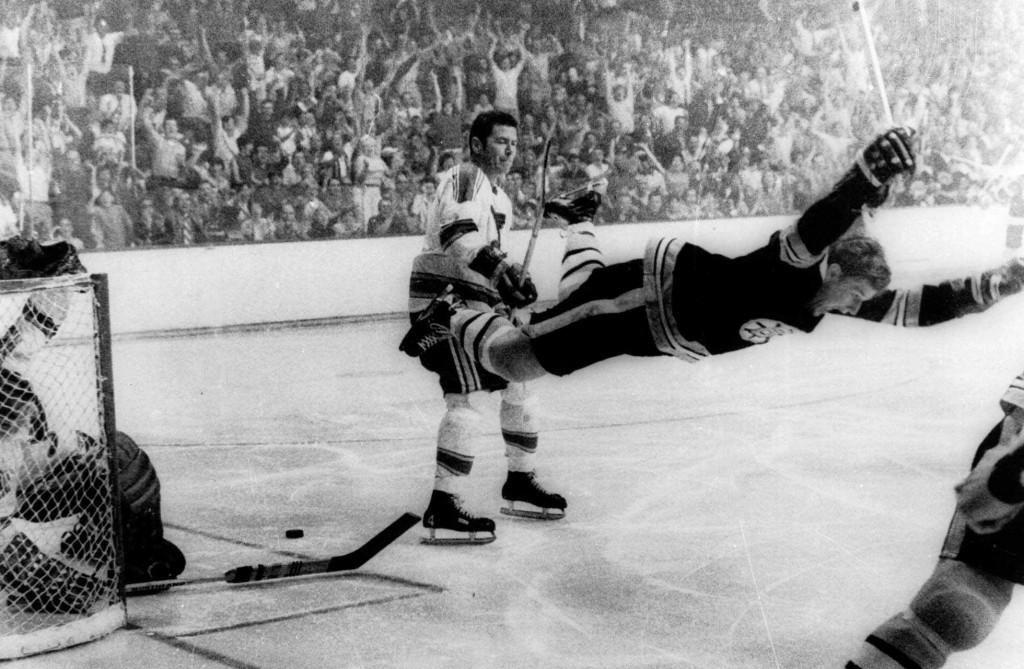 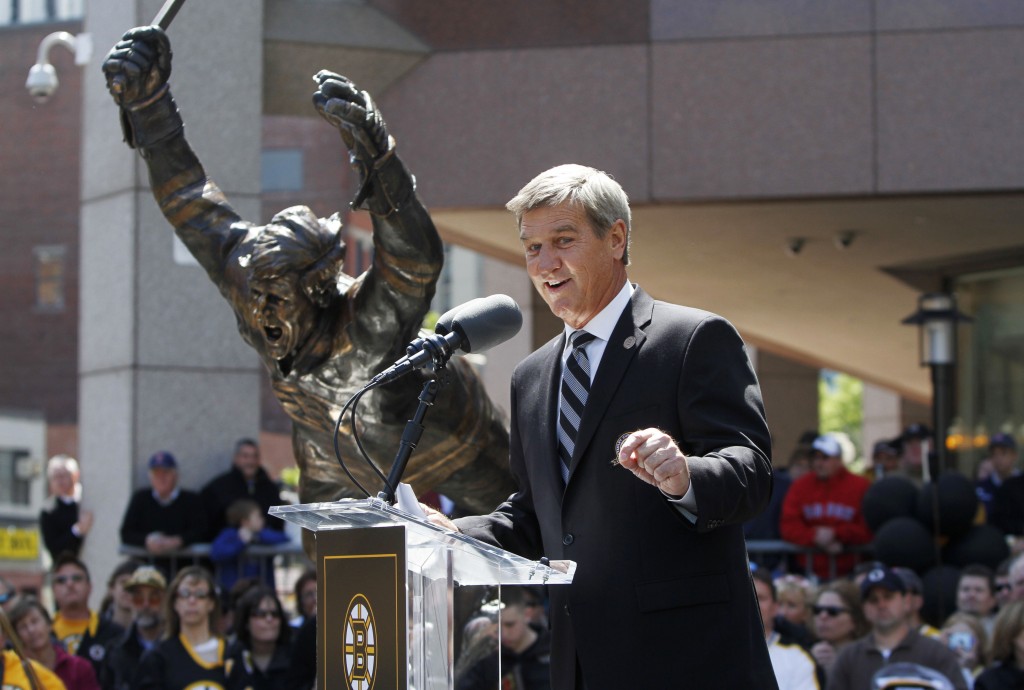 At age 9, Gretzky watched in the same kind of awe as Bobby Orr scored in overtime to win the Cup in 1970 for the Boston Bruins. Orr beat St. Louis Blues goaltender Glenn Hall, leaping through the air to celebrate what has become the most iconic goal in NHL history.

"People from the '50s and '60s remember the Barilko goal and then the new generation of kids who got to see the goal like myself could relate to what our parents and grandparents were talking about," Gretzky said. "Time sort of stopped in a moment that you could compare something so unique."

"The Great One" downplays his own accomplishments but considers Orr's goal an unforgettable moment in hockey history. As the NHL celebrates its 100th anniversary, Orr's goal is so important that it reached the finals of the "Greatest Moments" bracket 47 years after it happened.

Almost 50 years later, the goal is still revered and remembered, from Ray Lussier's timeless photo to Dan Kelly's play-by-play call of Orr's give-and-go with Derek Sanderson to complete the Boston sweep. Orr's goal was voted one of the two most memorable moments in NHL history finishing behind only Mario Lemieux scoring goals five different ways in one game in 1988.

Many current fans weren't even alive when Orr scored the goal, let alone remember it. Yet among the 17 Cup-winning overtime goals, it sticks out as the most memorable.

It has become such a flashpoint that Orr recalled in the NHL's 100 years documentary: "Each time I see Glenn Hall, Glenn says, 'Is that the only goal you ever scored?'" It was actually one of nine goals Orr scored in 24 games during the 1970 playoffs.

So why has Orr's goal become one of the central moments in hockey history? Lussier's snapshot, Orr's legendary career, the advent of television and the importance of the goal for the Bruins' franchise all contribute.

Lussier took the famous photo for the Boston Record American, and recreations of it are everywhere, including on the wall of TD Garden where the Bruins now play. Orr saw it in the newspaper the next morning in its full glory.

"That picture, it's probably one of the top five photographs in sports journalism — not just hockey," said actor Jon Hamm of "Mad Men" fame, a longtime Blues fan from St. Louis. "It's amazing. It captures the whole thing. It's Bobby Orr's commitment. He's horizontal to the ice, it's the winning goal, it's the whole thing."

Orr told author Andrew Podnieks for "The Goal: Bobby Orr and the Most Famous Shot in Stanley Cup History" that he jumped as soon as he saw the puck go in to seal the Bruins' first title since 1941. The other five "Original Six" teams had all won the Cup at least once in those 29 years.

"So it wasn't like Montreal, Toronto or Detroit," Hamm said. "It was some new blood on the Cup."

It was one of just two Cup rings for Orr, who was forced to retire young because of knee injuries.

"The only thing is I wish I could've played longer," Orr said in 2013. "I didn't play that long, so (I think about) the years I could have played if I had been healthy. That's the only regret I have."

Even though he played only 10 full NHL seasons and parts of two more, the Parry Sound, Ontario, native won the Norris Trophy as top defenseman eight times and the Hart Trophy as NHL MVP three times.

NHL chief content officer and executive vice president Steve Mayer compared it to Babe Ruth calling his shot on a home run during the 1932 World Series because the picture of Orr has been seen by sports fans for generations.

"It's grown over the years as being just this mythical goal," Mayer said.