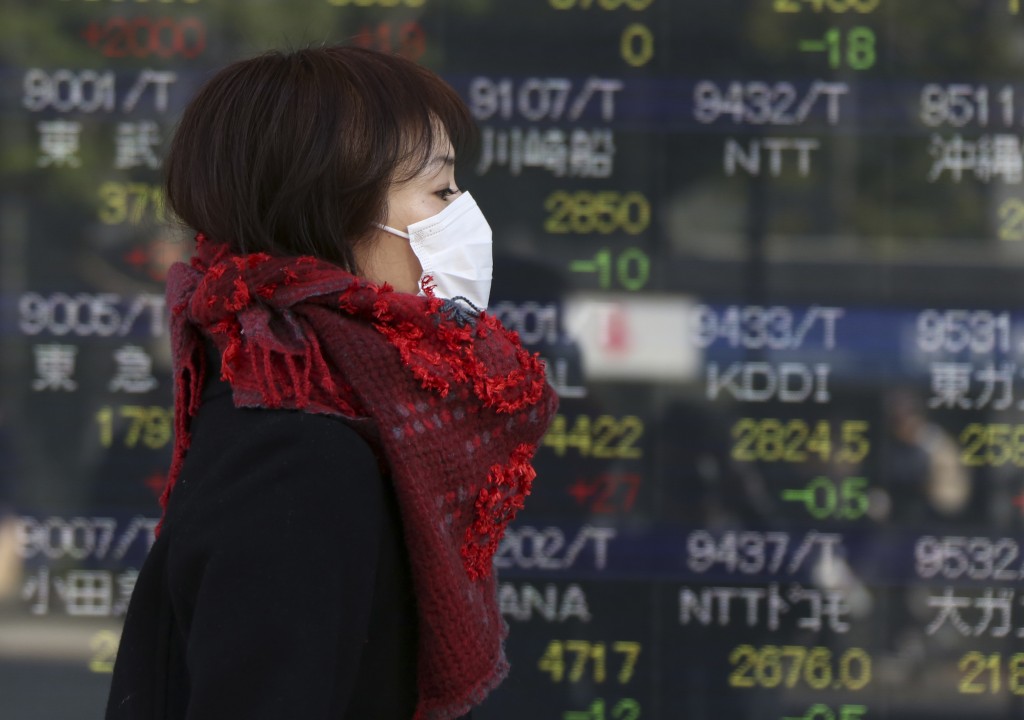 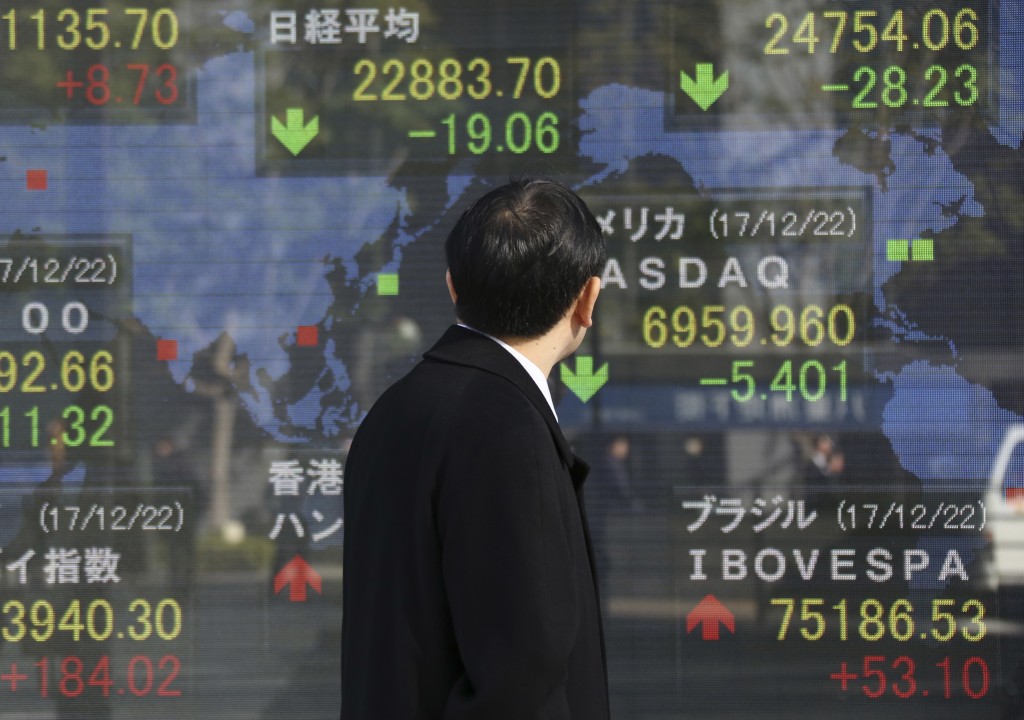 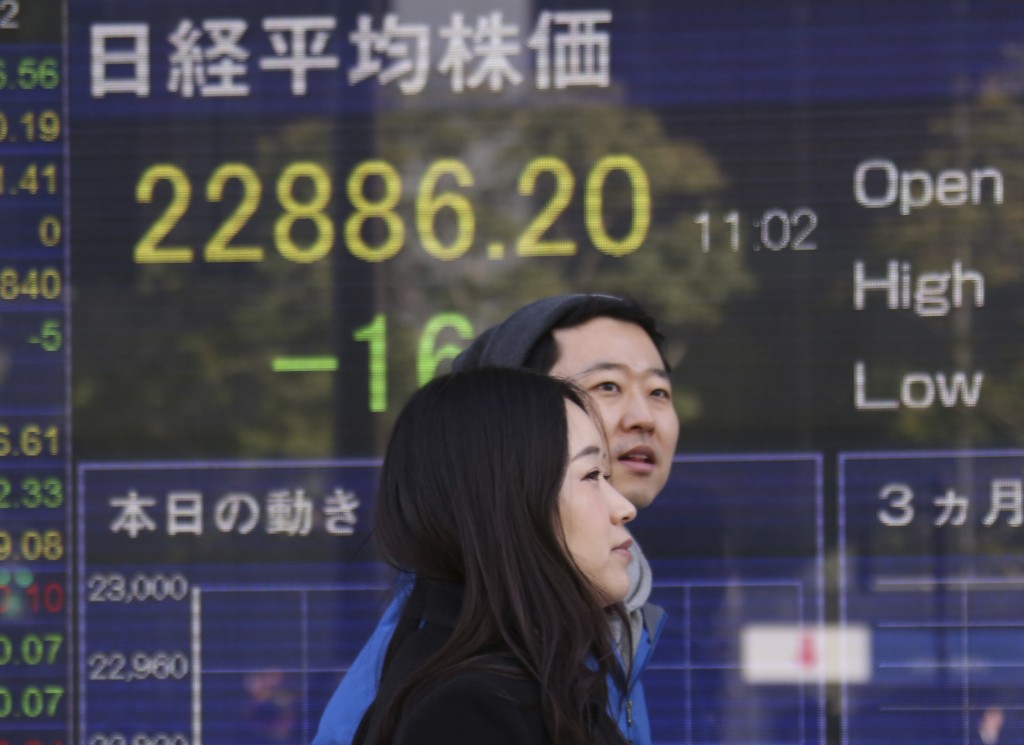 TOKYO (AP) — Shares were mixed in quiet trading Monday in the few Asian markets open during the Christmas holiday.

Japan's Nikkei 225 index gained 0.2 percent to 22,943.43 by early afternoon, while the Shanghai Composite index slipped 0.4 percent to 3,283.57. Trading was thin, tracking last week's weak finish on Wall Street, with many investors away.

Shares were higher in India and Thailand but fell in Taiwan.

Stocks were below the record highs they reached earlier in the week but still finished higher for the fifth week in a row.

Markets will be closed in the U.S. and Europe on Monday in observance of Christmas, and with just four days of trading left in 2017, stocks were on pace to finish every month of the year with gains, when dividends are included.