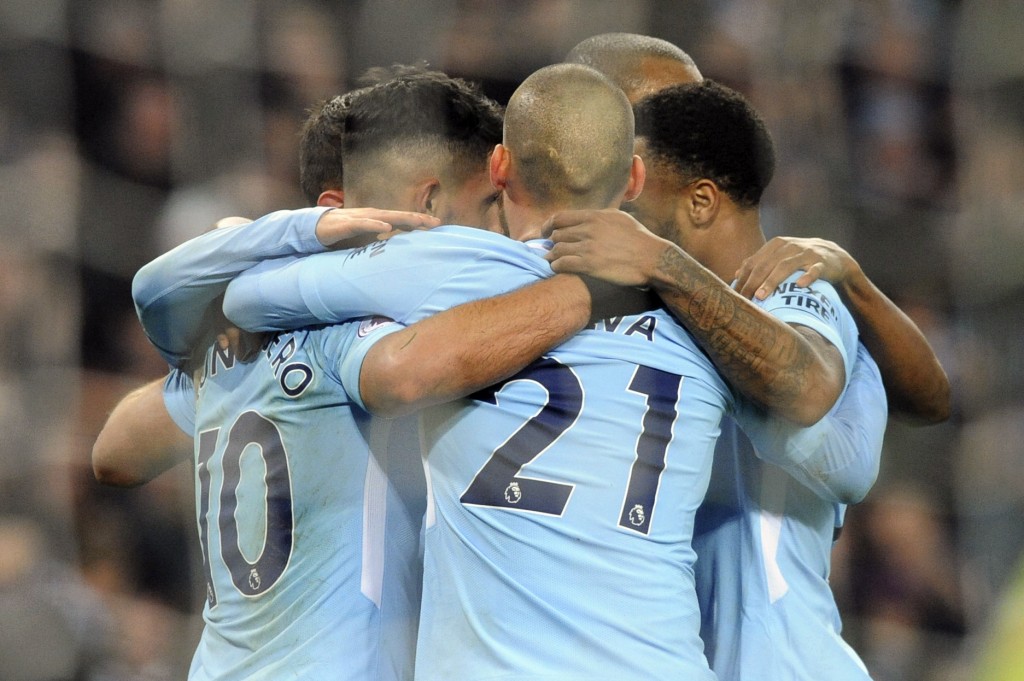 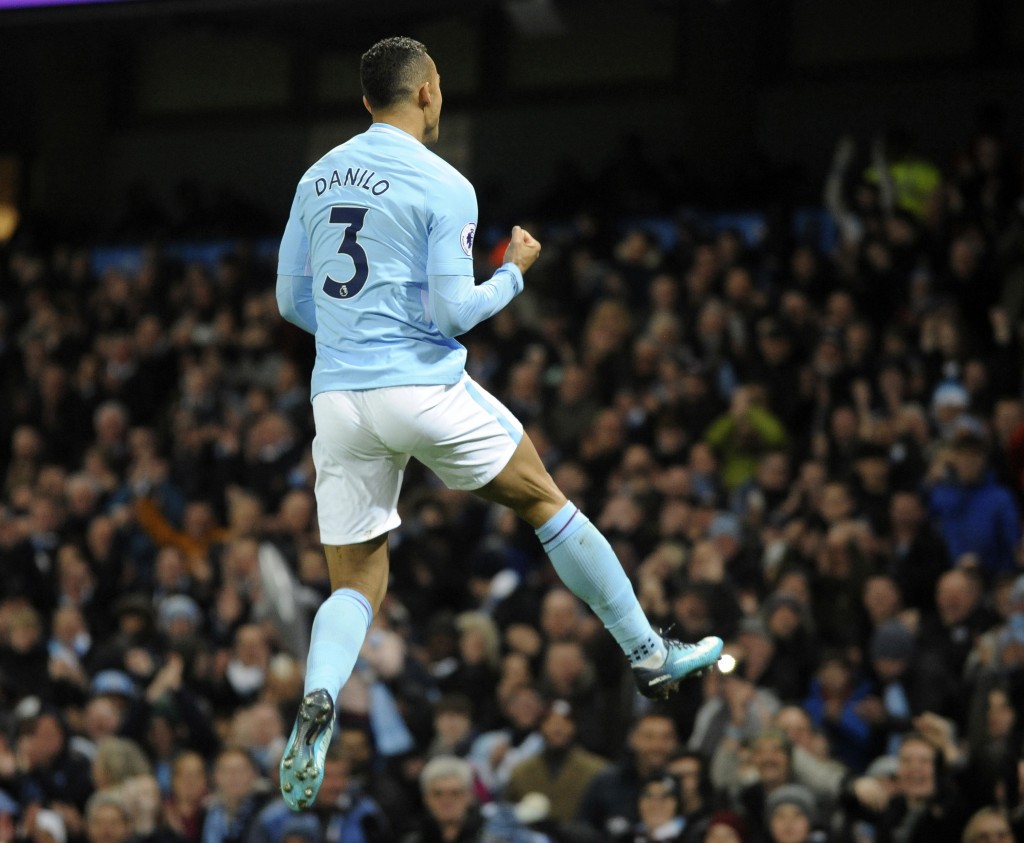 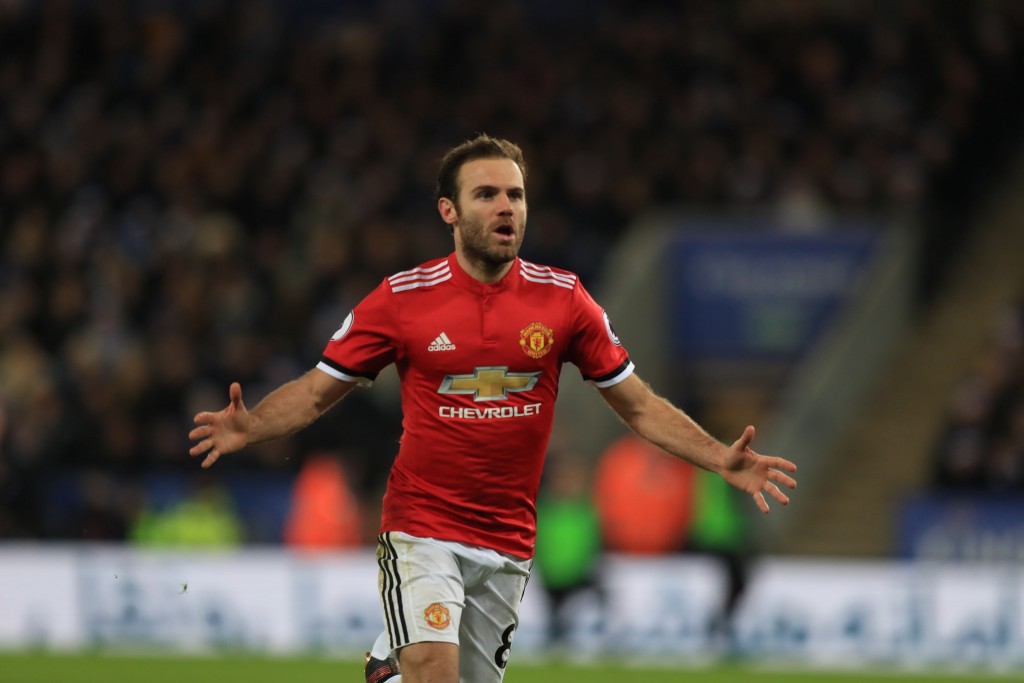 There seems little doubt Pep Guardiola will be raising the Premier League trophy for the first time in May. It is just a question of when City will wrap up its third title since 2014, and how many records will tumble on the way.

City has already reeled off the most consecutive English top-flight wins — a record extended at the weekend to 17 games.

Manchester United's record Premier League title-winning margin of 18 points from 2000 could also be under threat. And England could be looking at its third unbeaten "Invincibles" team after Preston in 1888-89 and Arsenal in 2003-04.

So it doesn't bode well for a compelling second half of the Premier League season? Think again.

The chase for the other three Champions League spots should be fierce with eight points separating second-place Manchester United and Arsenal in sixth. Chelsea, Liverpool and Tottenham are in the mix among them. Two leading sides will fall by the wayside and be denied a place among the European elite.

The battle stay in the world's richest soccer league is also intense. No team is stranded at the bottom, with Swansea in 20th place only six points behind Southampton in 13th.

A closer look at the first half of the season:

City leads by 13 points at the halfway stage after winning 18 of its 19 games and drawing one in the best ever start to a Premier League season. The only dropped points came at home to Everton in the second game on Aug. 21, when City played more than a half with 10 men following Kyle Walker's sending-off.

Guardiola won the Bundesliga with Bayern Munich in late March in 2014 — aided by a winning streak of 19 games never before seen in a major European league.

It will be tough for Guardiola to win the title that early in England as he chases a quadruple after finishing his first season at the club without a trophy. City is already through to the League Cup semifinals, into the Champions League last 16 and begins its FA Cup campaign in two weeks.

Man United is in second place, with defending champion Chelsea three points further back in third. United manager Jose Mourinho says the title race is still on, but the rest of his peers among the chasing pack don't see City faltering now.

It will be intriguing how Mourinho reacts to be seeing his title ambitions further fade in his second season at United, having already opted to publicly call out his "childish" players after a draw at Leicester on Saturday.

Kevin De Bruyne is playing in a deeper role for City this season, virtually as a center midfielder, and it is bringing the best of out the Belgium midfielder.

He has provided many of this season's wow moments, from scoring the winning goal at former club Chelsea in September with a fierce left-footed strike from outside the area to the assists for goals by Leroy Sane and Raheem Sterling in the 7-2 win over Stoke in October

Dovetailing perfectly with fellow playmaker David Silva, De Bruyne has six goals and eight assists but it's more than just his statistics. His prodigious work rate, range of passing and crossing ability — arguably the best in the Premier League since the days of David Beckham — that make him a strong contender for the player of the season awards.

No wonder City is determined to nail down the 26-year-old De Bruyne to an improved, longer contract.

Amid an offseason of record spending in English soccer, little was made of Watford signing Richarlison from Brazilian team Fluminense for 13 million pounds ($17 million).

Yet the 20-year-old forward is proving a bargain, settling in quickly to the pace and intensity of the Premier League and being one of the key factors in Watford's impressive start to the season that, at one stage, saw them challenging around the top four.

Direct, skilful and quick, Richarlison already has five goals and keeps getting himself in great positions to score more, with his finishing sometimes letting him down. Opponents have cottoned on to his impact, with Richarlison telling ESPN Brazil this month: "Teams are already marking me individually, they are putting two players there on my side."

Chelsea and Tottenham have been linked with the Brazil under-20s player, who has yet to earn a call-up to the senior squad. That appears only a matter of time.

Other players to break through this season are Chelsea's Andreas Christensen, the Danish center back who has ousted David Luiz, and Liverpool's Joe Gomez, the right back who has ensured long-term injury absentee Nathaniel Clyne hasn't been missed.

An unfashionable club is mixing it with the heavyweights of the Premier League against all the odds. We've heard this before, right?

Two years ago, it was Leicester delivering a soccer fairy tale by somehow winning the league. Now it's Burnley's turn to provide the feel-good story of the season.

Widely regarded as a relegation candidate at the start of the season, Burnley is currently seventh. Don't rule Burnley out of staying in the tussle for the Champions League qualification places, with Liverpool only three points better off in fourth. The northwest team hasn't finished a season higher than sixth place in the top flight since 1974.

Burnley, which has conceded just 15 goals in 19 games, has already beaten Chelsea away and drawn at Tottenham and Liverpool. Not bad for a team that returned a profit of about $20 million in summer player sales when most of the rest of the Premier League was spending freely.

Alexis Sanchez is a superstar performing well below expectations this season, perhaps as a result of failing to secure a move to Man City from Arsenal during the summer.

That transfer could be revived in January — Guardiola cut an awkward figure recently when asked about making a new bid for the Chile forward — to potentially leave City with an even greater wealth of attacking riches.

Sanchez has five league goals. By this stage last season, he had already scored 12 on his way to career-high haul of 24 for a single league campaign.

In the dugout, these are testing times for two British managers: Alan Pardew and Mark Hughes.

Pardew succeeded Tony Pulis a month ago with a mission to keep West Bromwich Albion in the Premier League. Then the Baggies were two points above the bottom three. Now they are next-from-bottom after collecting only two points from Pardew's first five games.

Hughes' future appears on a knife-edge at Stoke despite a pressure-relieving victory over West Brom on Saturday that hauled the team three points from the danger zone.