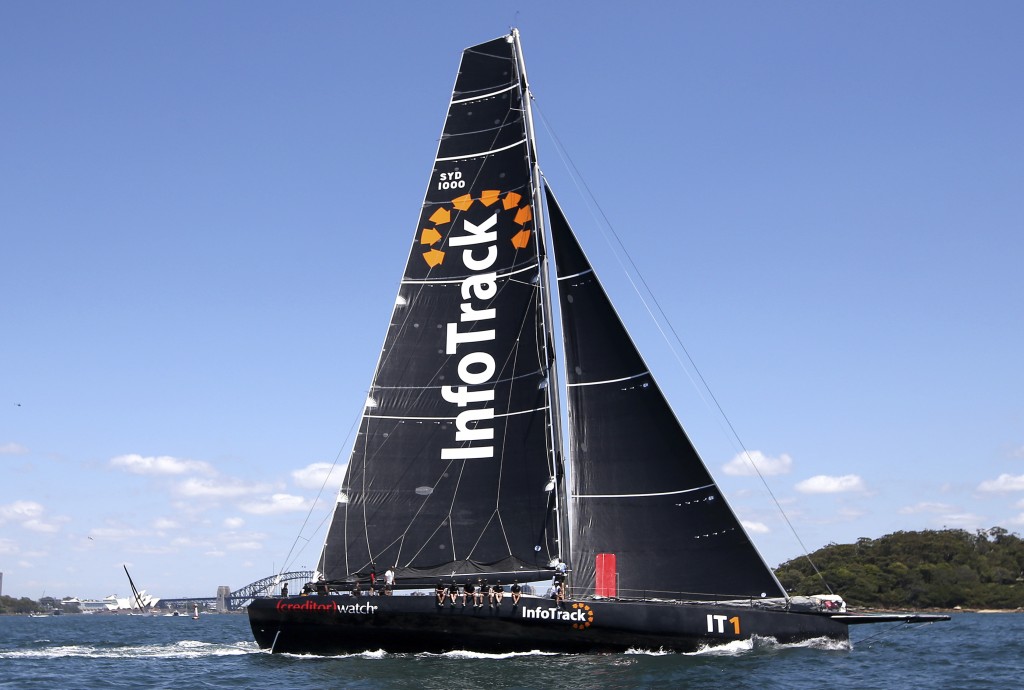 The 630-nautical mile race begins from Sydney Harbor on Tuesday, when 102 yachts, including 27 international entries, will make their way down the New South Wales state south coast and across often treacherous Bass Strait on their way to the island state of Tasmania.

"We're not looking at gale force winds on this race at all," Jane Golding of the New South Wales Bureau of Meteorology said. "But the warning to be looking out for most of this race is a strong wind warning, 25 knots to 33 knots; that's the range."

The fleet in the 73rd edition of the race will be pushed along by 15 to 25 knot north-to-north easterlies for most of Wednesday.

The four super maxis entered — LDV Comanche, Wild Oats XI, Black Jack and InfoTrack — have all won line honors in the past.

"As (my navigator) Stan Honey says, if we had this forecast every year there would be a thousand boats on the line," Cooney said.

That's not always been the case: Often rough seas and ferocious winds hit the fleet.

Six sailors died in 1998 when fierce storms and winds sank five boats, and 55 sailors were taken off their yachts, most of them in daring winch rescues by helicopter. Only 44 of the 115 starting yachts completed the race that year.

Richards said his boat was ready to race after some electronic instruments were destroyed last week when the yacht was struck by lightning.

"The boat is 100 percent," said Richards, who thanked the Black Jack camp for letting them borrow some of their spare instruments.

InfoTrack will be skippered by Tom Slingsby, the 2013 America's Cup winner and London 2012 Olympic Laser gold medalist for Australia. He was on the boat last year when it broke the race record sailing as Perpetual Loyal.

Among the other entries is the Clipper Round the World Race fleet, which has included the Sydney to Hobart as Race 5 in its series.