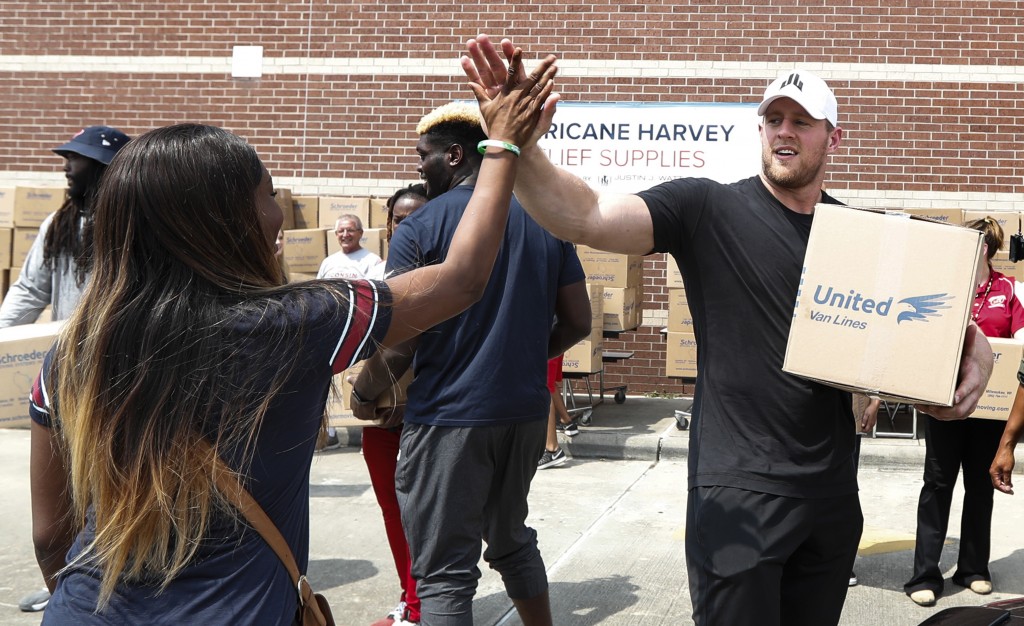 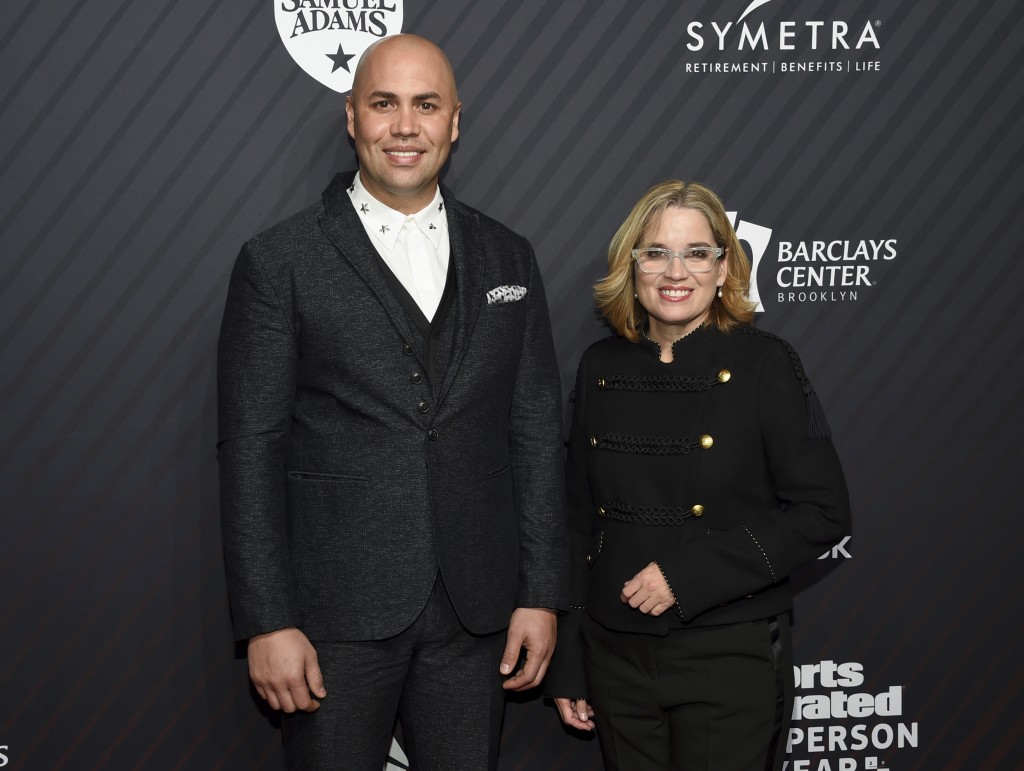 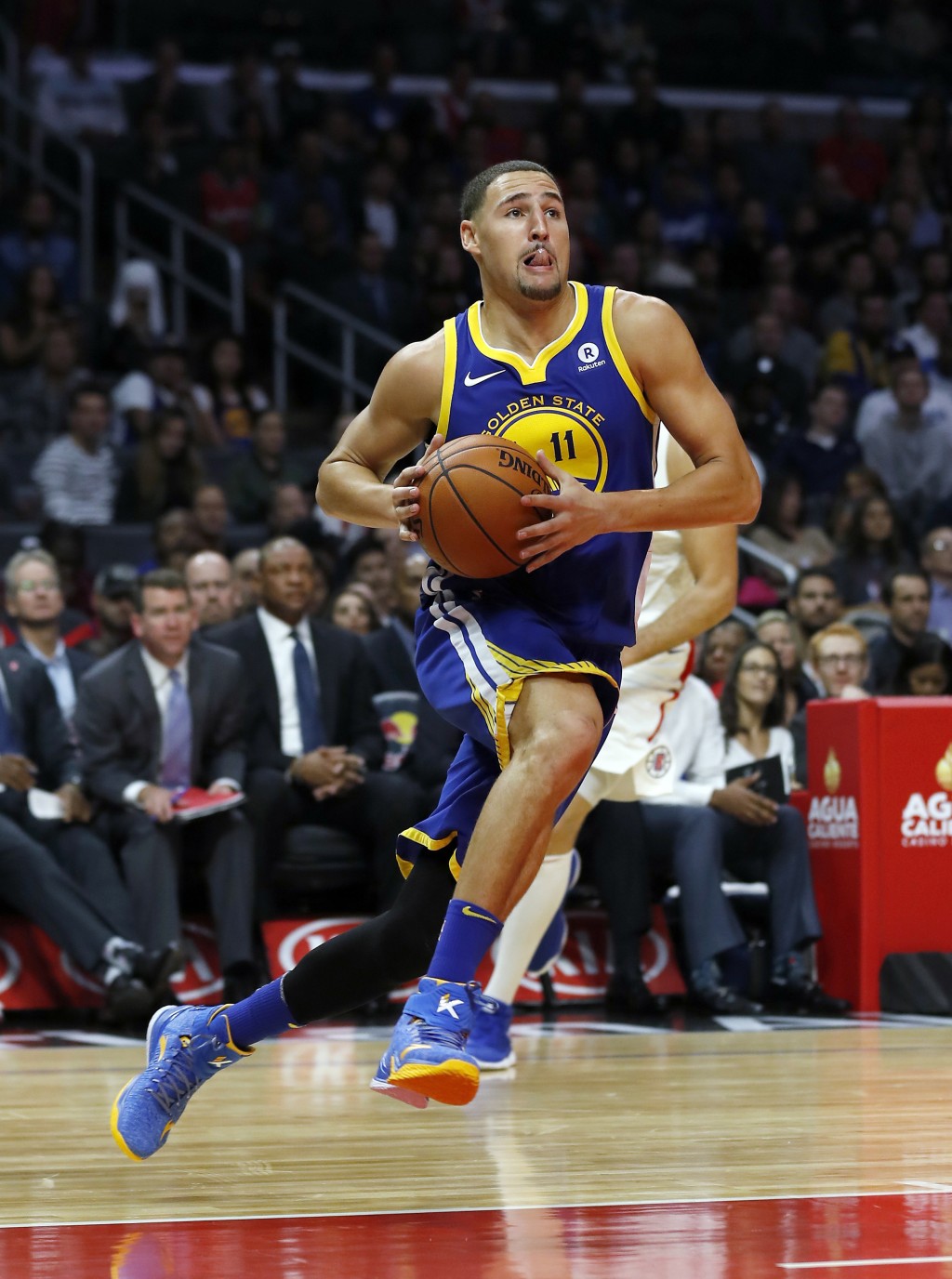 J.J. Watt had a modest goal when he launched a fundraiser to benefit victims of Hurricane Harvey in Houston.

The Texans' three-time Defensive Player of the Year said he hoped to raise $200,000 in a video he posted on Twitter after a preseason game on Aug. 26. It took less than two hours to reach that number .

Donations poured in from all over the world, with several professional athletes chipping in. Tom Brady gave $100,000, Chris Paul pitched in $50,000 and more than 200,000 people, including Jimmy Fallon, Ellen DeGeneres and Drake, contributed more than $37 million to Watt's campaign.

"I cannot thank everyone enough for their support and donations from across the country and around the world," Watt said to those who helped him raise funds for Harvey relief. "You have truly shown what is possible when everyone bands together for one common cause."

The funds raised by Watt are being used to rebuild homes, restore child care centers, provide food and address health needs of those who were affected most by the hurricane.

Watt was only one of many athletes who heeded the call for help when disasters struck in 2017.

Carlos Beltran, who retired after winning the World Series with the Houston Astros, started a fundraiser to help victims by donating $1 million . Several other major leaguers, including Yadier Molina and Enrique Hernandez, also joined in with their own campaigns.

Members of the defending NBA champion Golden State Warriors jumped in to help after wildfires scorched the West Coast in October. Klay Thompson donated $75,000 to fire relief efforts by giving $1,000 for each point he scored during a three-game stretch. The Oakland Raiders organization gave $1 million and the Raiders, Warriors and 49ers combined on a donation of $450,000.

"I think it shows Klay's commitment to the community and his awareness," Warriors coach Steve Kerr said. "I think all of our guys do such a good job of really being aware of helping other people around them. It's a great gesture. I noticed other people are chipping in as well."

Other athletes showed their generosity in various ways. Philadelphia Eagles star quarterback Carson Wentz and former teammate Jordan Matthews went to Haiti on a mission trip in May. Wentz later announced he was helping build a sports complex in that country.

"I feel that this sports complex will be an incredible way for the youth of Haiti to have more opportunities to enjoy sporting competition, to further their education, to have access to healthy meals and to enjoy being around a Christian community to help further their faith," Wentz said.

Eagles defensive end Chris Long donated in a big way this year by playing for free. The veteran player gave his first six game checks to provide two scholarships for students in Charlottesville, Virginia. He then used the next 10 checks to launch a charitable initiative that encourages people to make donations to improve equal education opportunities.

"My wife and I have been passionate about education being a gateway for upward mobility and equality," Long said. "I think we can all agree that equity in education can help effect change that we all want to see in this country."

Texas Rangers ace pitcher Cole Hamels and his wife, Heidi, donated their Missouri mansion estimated at $10 million and 100 acres of land to a charity that provides camps for children with special needs and chronic illnesses and their siblings.

Shunned NFL quarterback Colin Kaepernick also dipped into his own pocket to give. Kaepernick, who remains unsigned after starting the national anthem protest movement in 2016, donated $600,000 of his Million Dollar Pledge during 2017. Kaepernick began the pledge in October 2016 and contributed $300,000 last year. He has spent his time away from football working on social activism while waiting for an opportunity to play again.