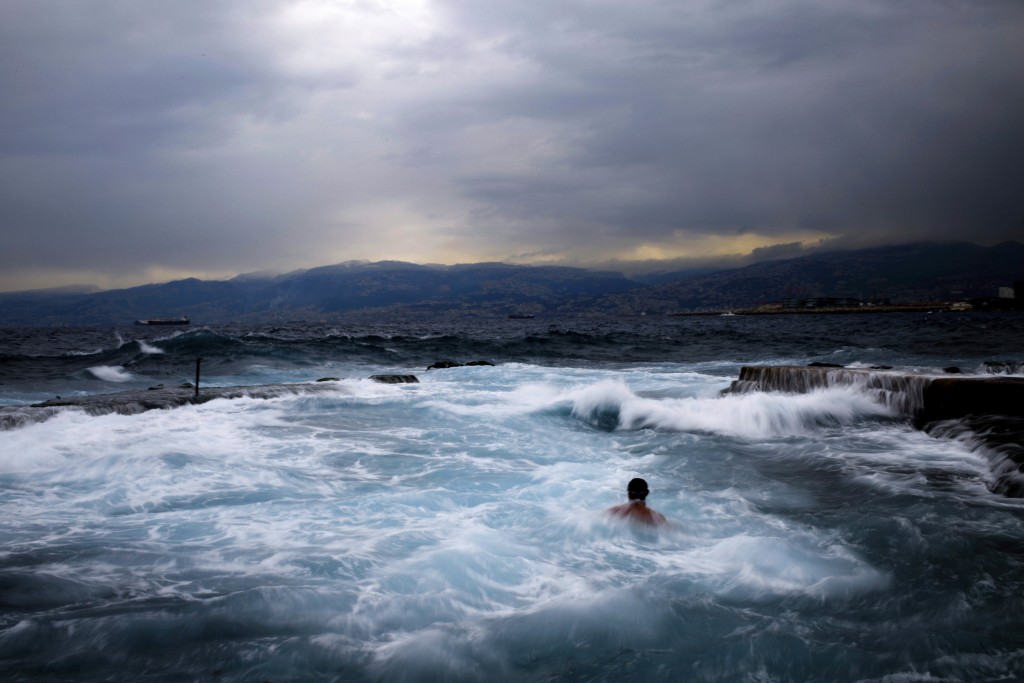 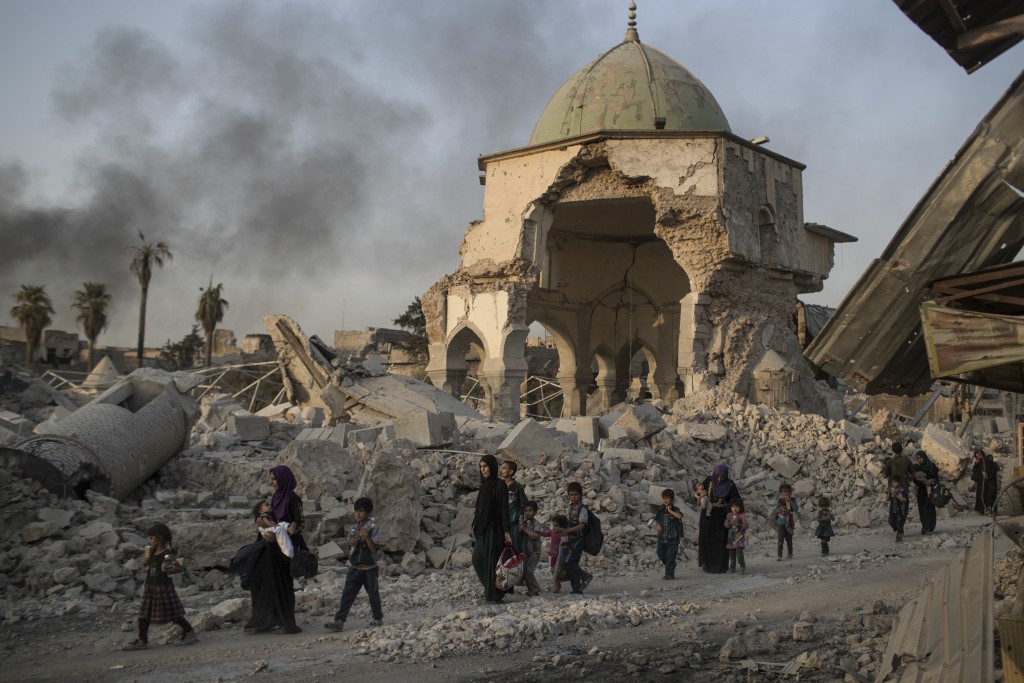 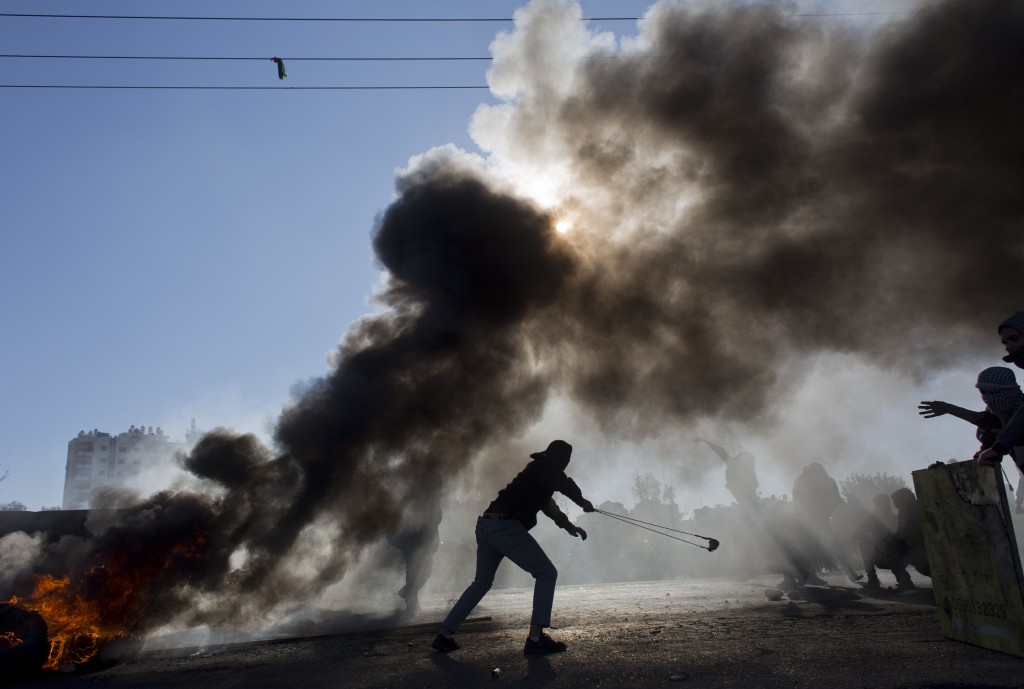 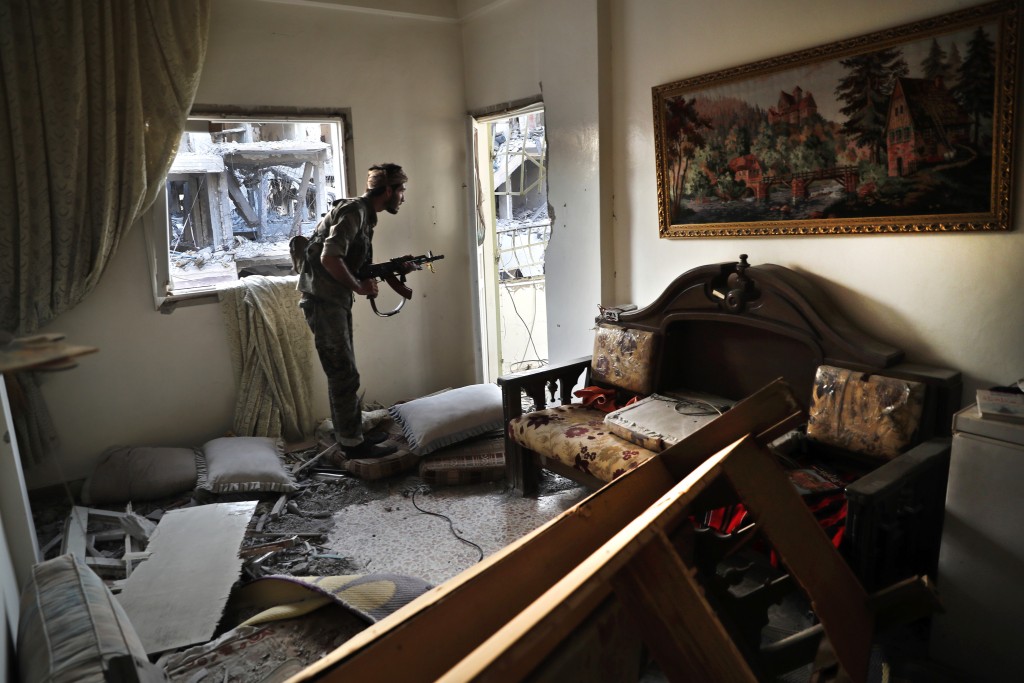 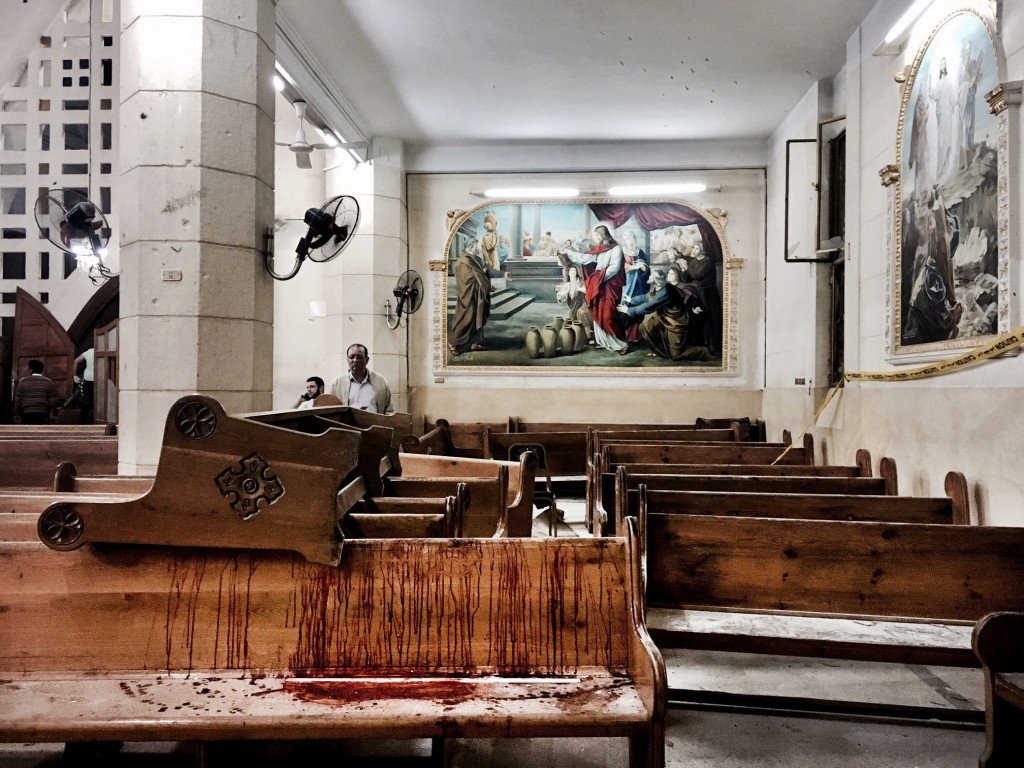 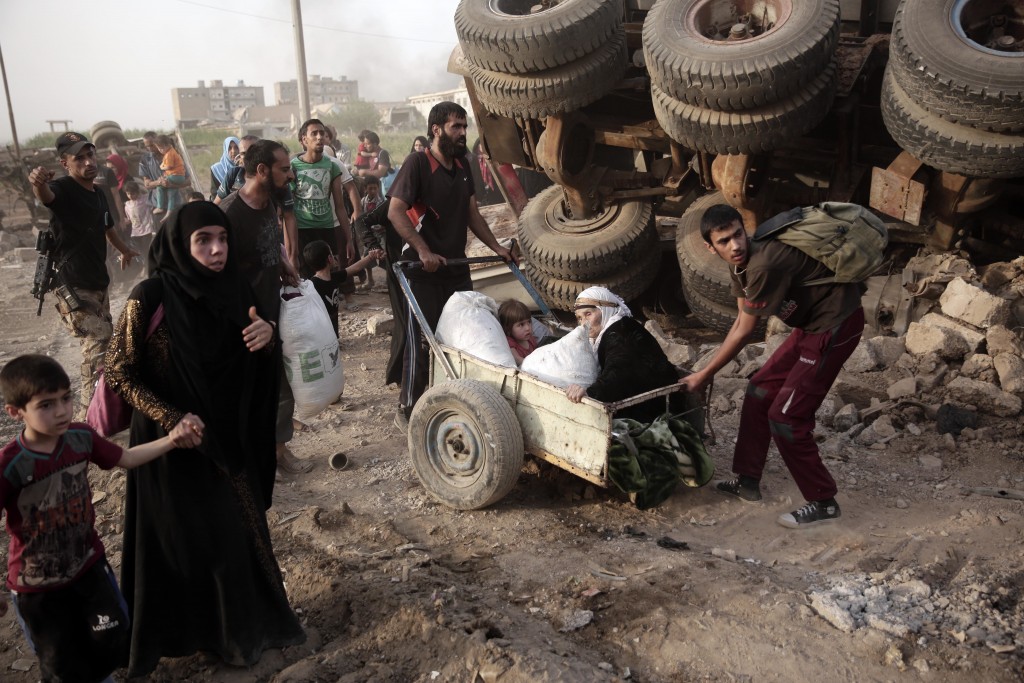 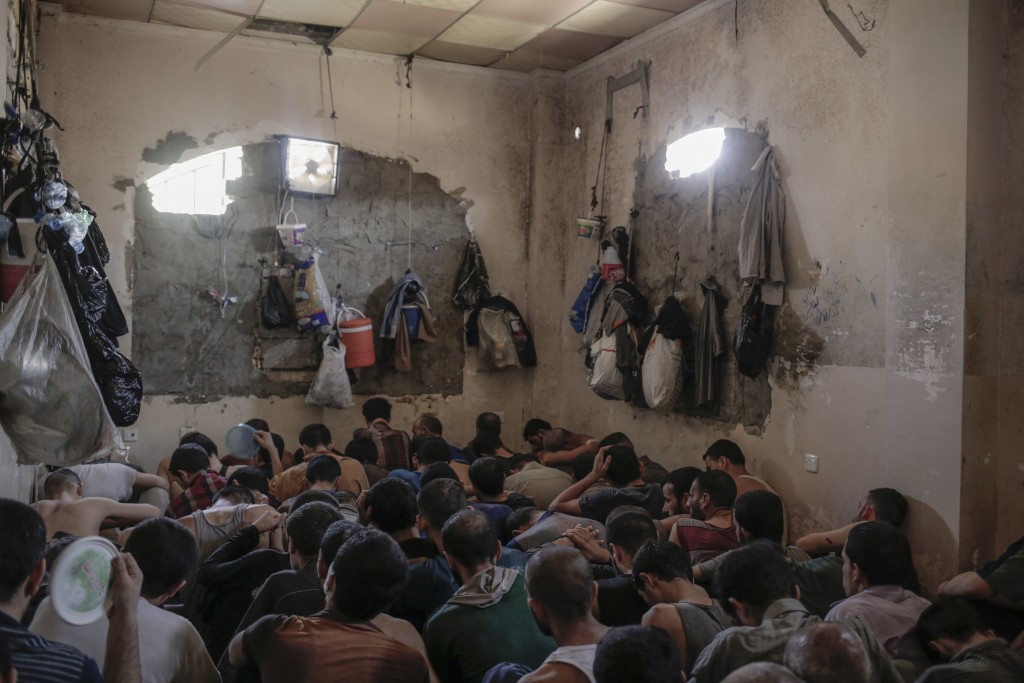 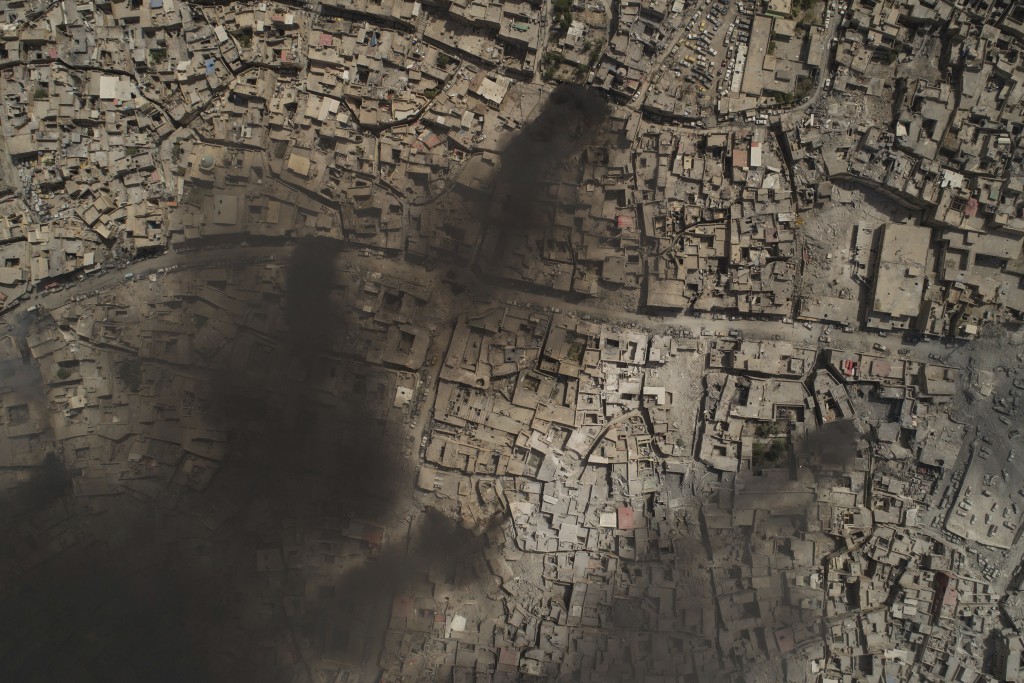 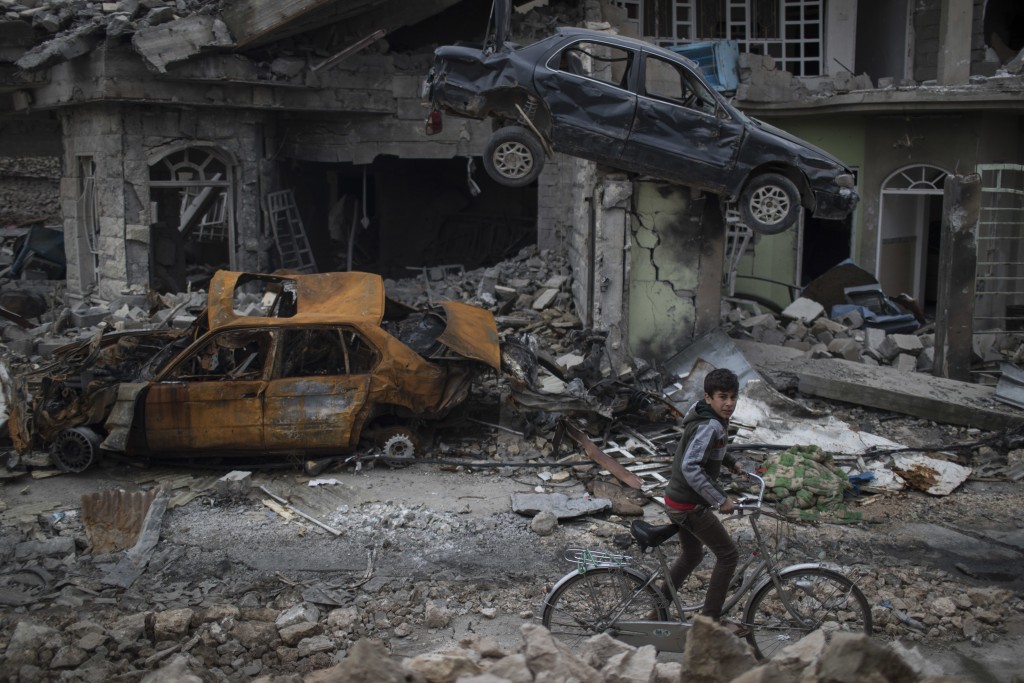 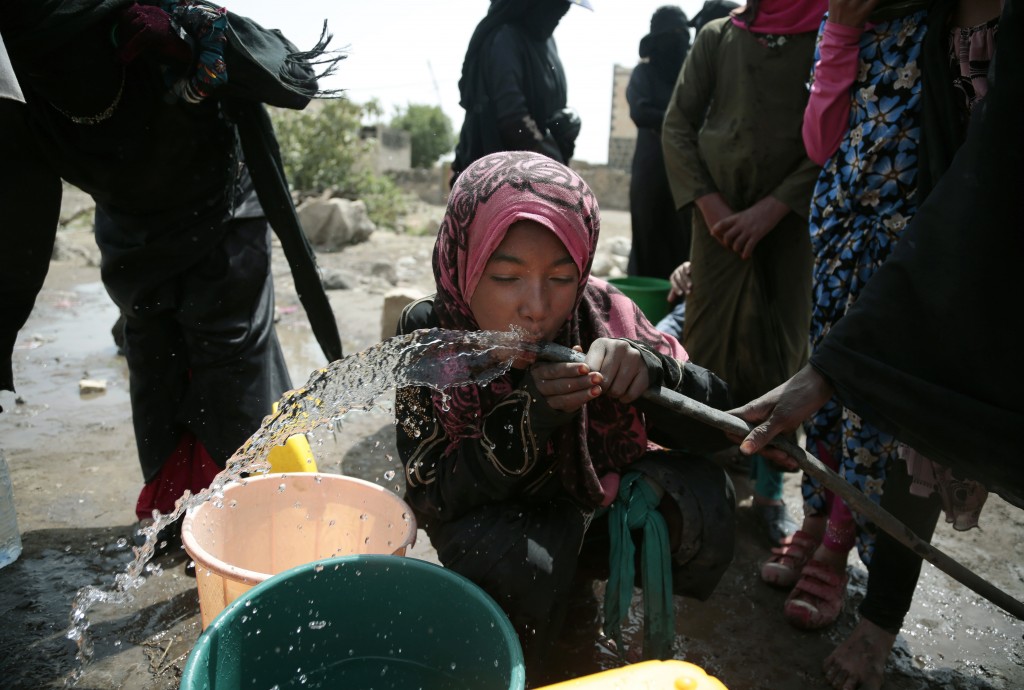 CAIRO (AP) — Will 2018 dampen the fires that rage across the Middle East? Although skepticism is understandable, there is a glimmer of change.

The fight against the Islamic State group is mostly over, and the war in Syria may finally be winding down. The region is transitioning from fighting those wars to dealing with their aftermath — the destruction and dispersal of populations they wrought and the political fallout. Iran's influence has grown after its proxies were generally successful, and even its nuclear deal with the West remains in place. In rival Saudi Arabia, a youthful new leader is promising long-delayed modernization at home and greater confrontation with Iran in the region. Donald Trump in the White House adds a mercurial element to an exceedingly combustible brew.

If pessimism reigns, much can be traced to the failure of the 2010-11 Arab Spring revolts against despotism. Instead of the democratic tsunami many envisaged, a string of wars has followed. Libya seems doomed to chaos and the war in Yemen is a genuine humanitarian crisis. In many places the old guard remains in place. So spectacular is the wreckage that almost no one refers to the Arab Spring without irony any more.

Egypt, which gripped the world's attention when street demonstrations — and the military — toppled Hosni Mubarak seven years ago, may be the best example of the scaled-down ambition. After several years of mayhem it seems more stable now, the economy starting to grow and tourism up. Jihadi terrorism remains a problem, though, especially in the Sinai Peninsula and against Christians, and freedoms have been curtailed. Still, there is little sense of foment in the streets — where protests are severely restricted — and barring a surprise, President Abdel-Fattah el-Sissi can expect to win re-election in a few months.

Across the border in Israel, there is more prospect for change as long-serving Prime Minister Benjamin Netanyahu faces corruption investigations that could lead to his removal or early elections. Netanyahu, albeit bellicose, has been cautious — but he also seems wedded to a ruinous status quo with the Palestinians. He could be replaced by a greater firebrand or by the moderate center-left, which would create new opportunities.

Here's a look at some possible inflection points for 2018:

ALL QUIET ON THE SYRIAN FRONT?

Syria's President Bashar Assad has been embattled since war erupted in his country almost seven years ago, when his demise was widely predicted in the early going. But it looks like he'll survive, for now, as the war appears to draw to a close.

Major military operations have tapered off, with Assad in control of key areas and the war against the Islamic State group mostly concluded with the recapture of the cities it controlled. Bloodshed still lies ahead if Assad tries to seize areas still under rebel control, including some near the capital and in Idlib province to the north. But local cease-fires brokered by Russia, Iran and Turkey have significantly reduced the daily carnage that kept Syria in the news.

The damage, with half the population displaced and almost a half million killed, is huge. Tens of thousands are missing, many believed held in government detention centers. Syrian Kurds in the north hold nearly 25 percent of the country; Turkey, Russia, the U.S., Iran and Lebanese troops all maintain bases they are likely to keep for now.

The fate of Assad, whose heavy-handed, decades-old family rule sparked the rebellion, remains a toxic issue that has scuttled all diplomatic efforts at peace. Backed by Russia and Iran, it may seem like Assad has won the war: too many of his frustrated opponents turned to extremist groups such as al-Qaida and IS for the United States and the West to jump in and risk conflict with Russia. But the endgame remains open.

A PHOENIX ON THE TIGRIS

The war against the Islamic State group has been declared over after four years of savagery. The group's epic abuses — enslaving women, massacring whole populations, grisly killings, mass terrorism — inspired a furious reaction that has left large parts of Iraq in smoldering ruins. The fight by the U.S.-led coalition was grueling in Fallujah, Ramadi, Hawija, Tal Afar and finally Mosul. Whether Iraq can rebuild is a key question for 2018, for only then will Baghdad regain the authority to govern the whole country.

The cash-strapped government estimates $100 billion is needed nationwide — while leaders in Mosul say that amount is needed for their city alone. Funding is unclear, and the United States — whose coalition dropped approximately 27,700 munitions around Mosul from October 2016 to July 2017 — seems to be washing its hands.

While 2.7 million Iraqis have returned to lands retaken from IS, more than 3 million others cannot — including some 600,000 from Mosul. Thousands of civilians were killed. More than 70 percent of Ramadi remains damaged or destroyed, according to authorities there.

At the heart of the matter are the sectarian divisions that bedevil not only Iraq but Syria, Lebanon, and other parts of the region whose borders were mostly drawn by Europeans. The destroyed areas are largely Sunni, while the Baghdad government is Shiite-dominated. If rebuilding efforts fail, the Sunni areas will likely become restive again.

PROMISE AND PERIL IN SAUDI ARABIA

The monarchies of the region — from Morocco to Jordan to the Gulf — were the least affected by the Arab Spring. Perhaps most ossified was Saudi Arabia, a U.S. ally and key oil power whose strict Wahhabi interpretation of Islam is blamed by critics for abetting the spread of jihadism worldwide.

Now change appears to be coming, symbolized by the ubiquitous acronym MBS — the widely used nickname for 32-year-old Crown Prince Mohammed bin Salman, who many expect will take over the throne from his father officially in 2018. He has been stumping for a more moderate view of religion and is widely credited with the recent decisions to end the highly contentious, decades-old bans on women driving and cinemas operating.

The crown prince is also widely seen as the driving force behind the arrests of dozens of his fellow princes on corruption charges. Few are surprised by the corruption allegations, but critics sensed a power grab. Many of the detainees continue to fester, albeit in style, in the luxury Riyadh hotel that has become their improbable prison.

Saudi Arabia has also led a political and economic assault by Gulf nations on small but scrappy Qatar, accusing it of supporting terrorism and being too close to Iran. A series of demands, such as the closure of its state-owned Al Jazeera television network, have been summarily rejected, and the gambit seems mired in stalemate.

The Syria war is, to a degree, a proxy fight between the two regional powers, with Tehran supporting Assad and Riyadh many of the rebels. That also drove the seemingly Saudi-inspired and ultimately abortive resignation of Lebanese Prime Minister Saad Hariri, who was seen as too easy on the Iranian-backed Lebanese militia Hezbollah, which is fighting in Syria. In Yemen, where the Saudis have backed the government with airstrikes against Iran-backed Houthi rebels, many thousands of civilians have died, the rebels still control key parts of the country and there is starvation and cholera on a historic scale.

So great is the antipathy toward Iran by Saudi Arabia and other Sunnis powers that some observers think it exceeds their opposition to Zionism. In Jerusalem, officials giddily whisper of an emerging Sunni-Israeli axis against the Islamic Republic.

Seemingly inspired by the high-profile failures of his recent predecessors to coax the Israelis and Palestinians into a final peace, Trump speaks repeatedly of the "ultimate deal." But it is difficult to envision even a more moderate Israeli leader meeting the Palestinians' terms, which include dividing or sharing Jerusalem and its Old City, holy to three religions. Even if they somehow agree to share, Israel and a future Palestine will likely need a border snaking through the city to keep peace rejectionists apart. And the Palestinians demand recognition of at least a theoretical "right of return" for millions of descendants of refugees, which few Israelis contemplate. Two decades of failed negotiations attest to the quagmire.

With this unpromising backdrop many Palestinians are talking about ditching the two-state strategy and demanding annexation and equal rights instead. That would make Israel an evenly divided binational state, something its government can be expected to resist, even as they face potential accusations of apartheid. With Israel having already settled 600,000 Jews in the West Bank and east Jerusalem, extricating itself will be difficult.

Some expect Trump's team to try to forge a partial deal instead: A Palestinian state on only some of the land they seek, with Jerusalem and refugees left for later negotiations. Washington may be hoping for help from Riyadh and perhaps Cairo in pressuring the Palestinians. But that never came in the past, even with offers on the table far more likely to entice.