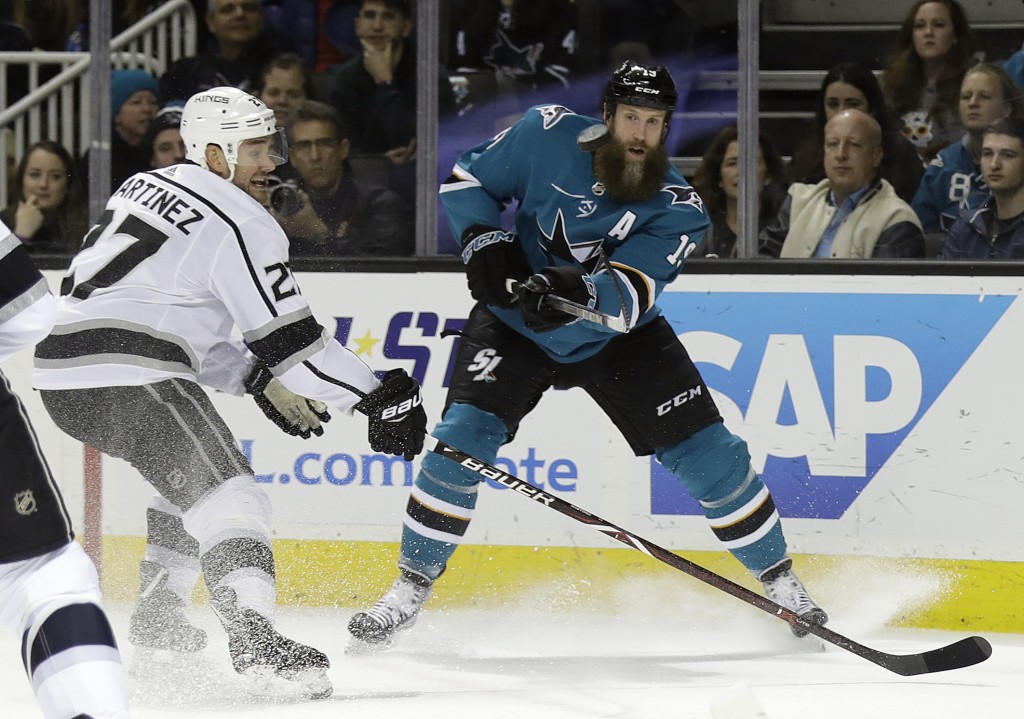 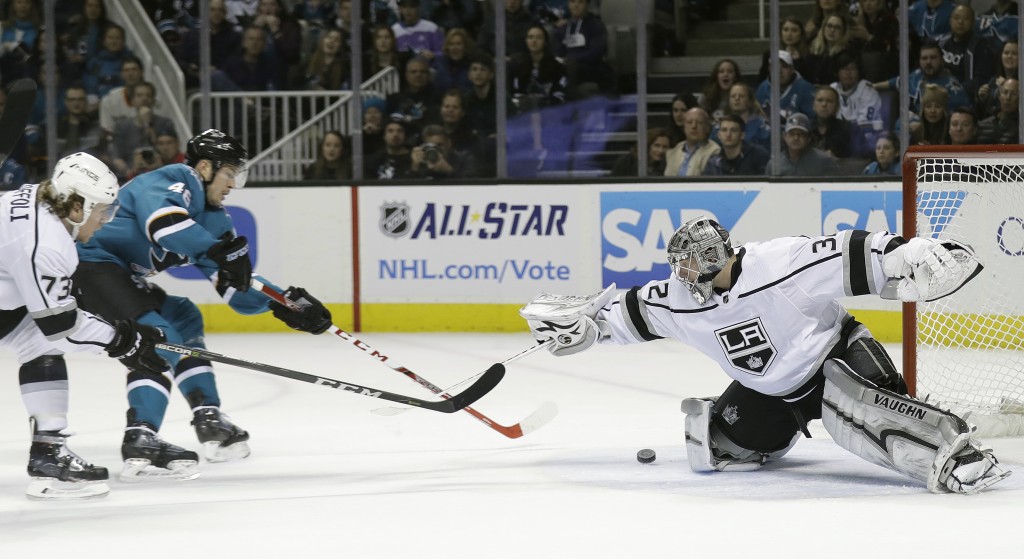 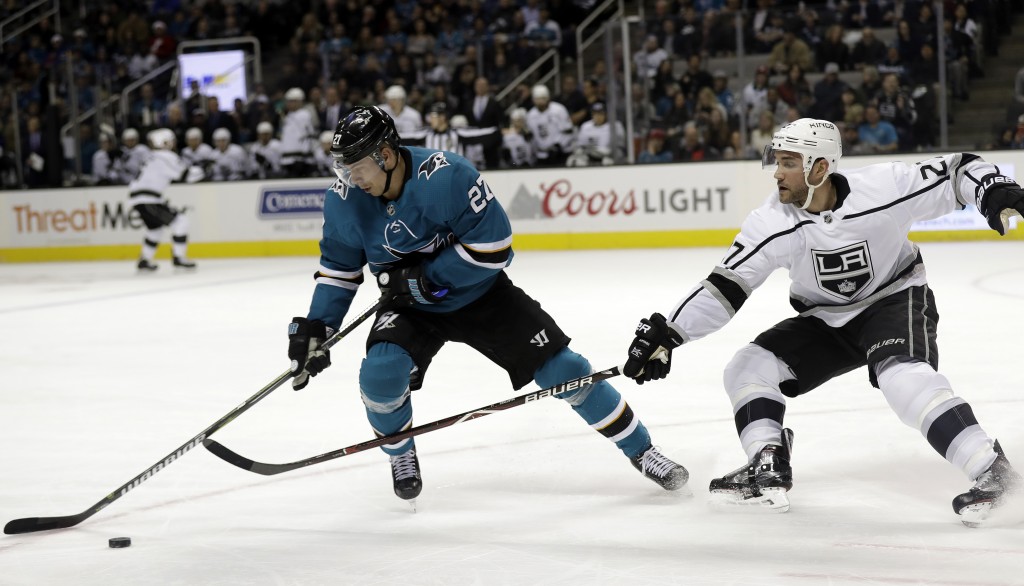 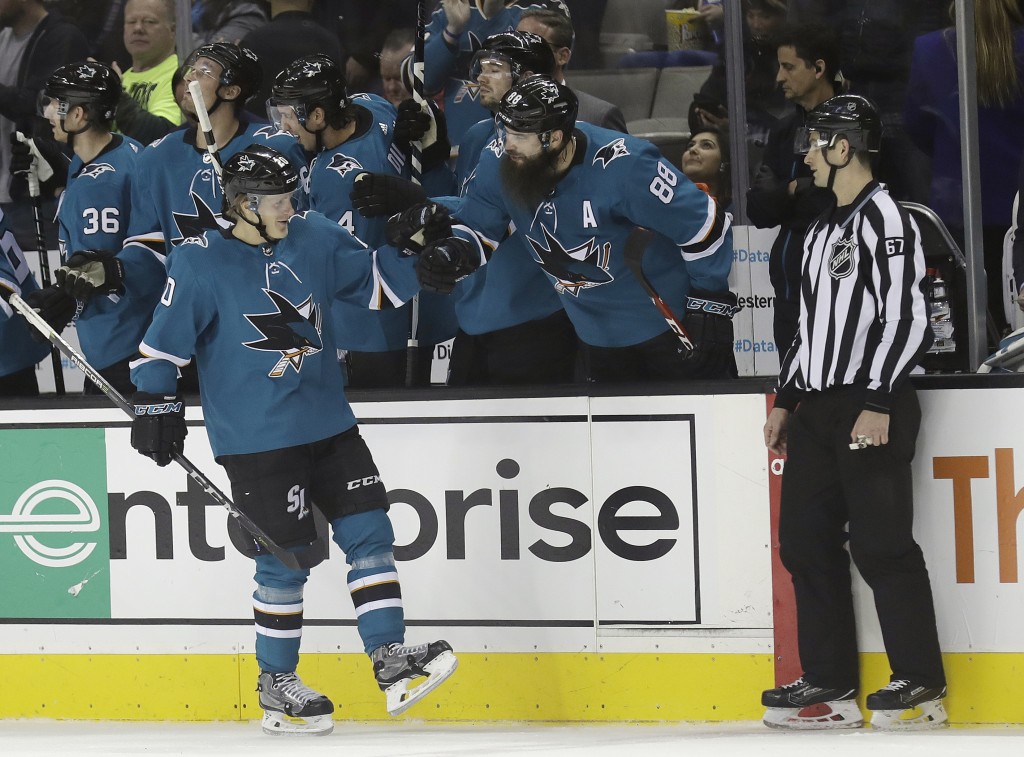 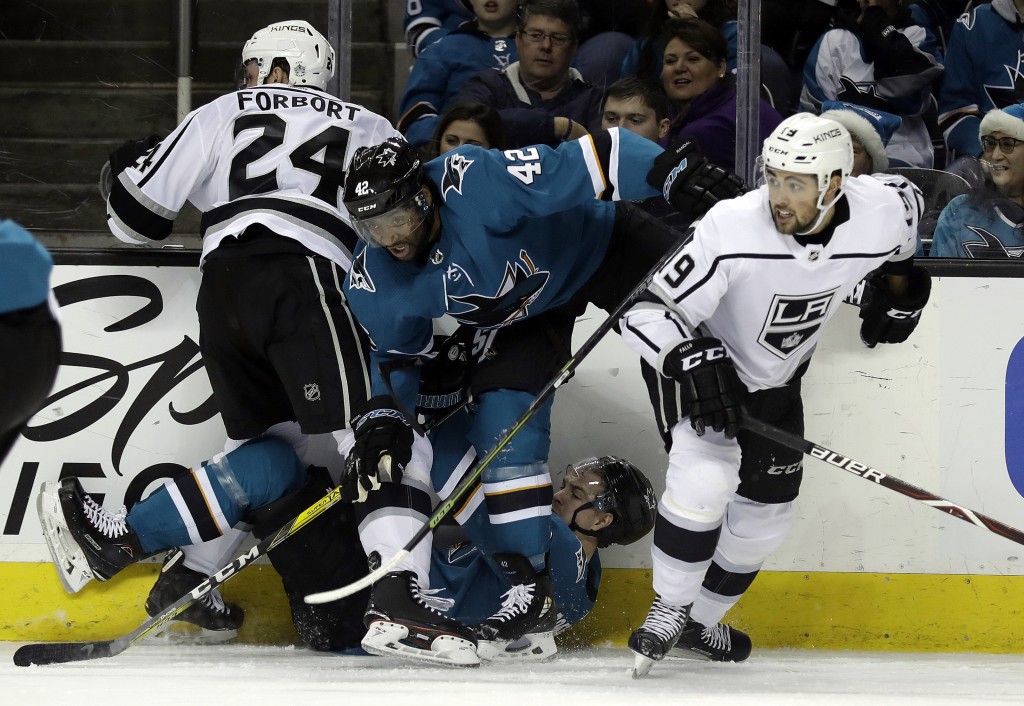 The Sharks broke a scoreless tie midway through the second when Sorenson pushed through three defenders and flicked an off-balance backhand shot past Jonathan Quick for his third goal at 10:01 of the second period.

Jones, who came up with the Kings as Quick's backup from 2013-15, recorded his 100th career victory. Jones had lost his previous three starts going into Saturday and was 1-3-2 with a 4.08 goals-against average in December.

Pavelski also scored in a 5-3 loss to Edmonton on Monday. His goal was his 10th in 30 games against Quick.

The Kings entered Saturday boasting the NHL's best penalty kill but have allowed at least one power-play goal in seven of their last eight games.

Los Angeles blew four power-play chances against a team ranked No. 2 in the penalty killing department.

NOTES: Kings G Jack Campbell was recalled on an emergency basis. ... LW Kyle Clifford went on injured reserve with an upper-body injury retroactive to Dec. 16. ... Sharks C Logan Couture was out for a third game since being concussed Dec. 15. San Jose doesn't have a timetable for his return. ... D Joakim Ryan was recalled from the San Jose Barracuda of the AHL and F Daniel O'Regan was sent to the minor league team. O'Regan was part of a beleaguered fourth line that coach Pete DeBoer benched in the third period of Thursday's game against the Vancouver Canucks. ... F Joel Ward, a scratch on Thursday, played the fourth line Saturday. ... D Paul Martin rejoined the team a day after sitting out the fifth game of a conditioning assignment with flu symptoms. He was a scratch Saturday.

Los Angeles: Hosts Vegas on Thursday night in a showdown for first place in the Pacific Division.