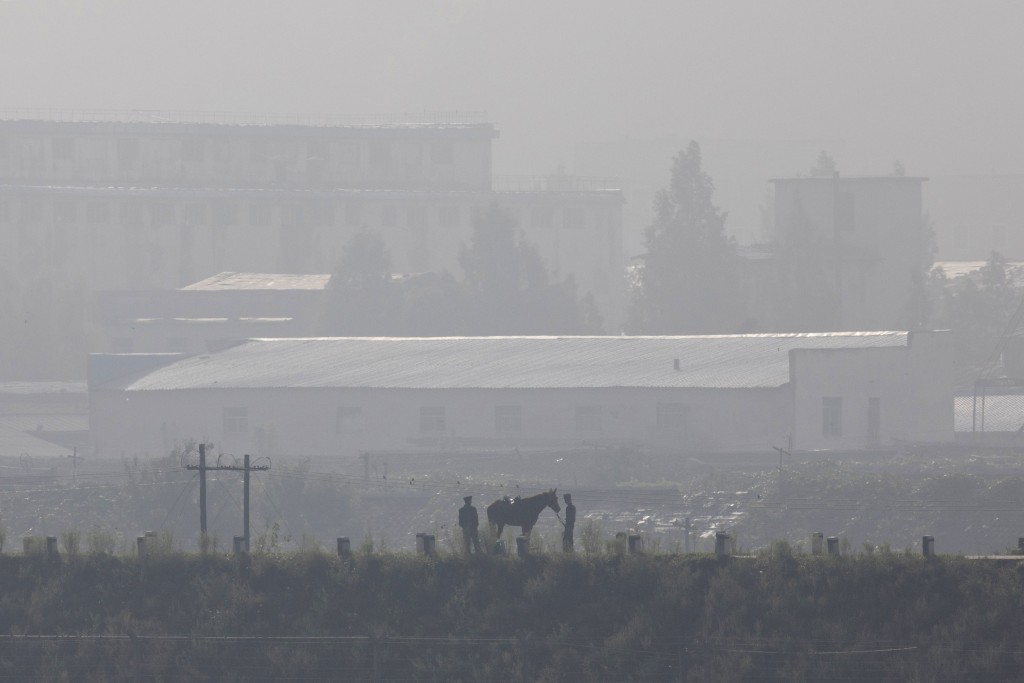 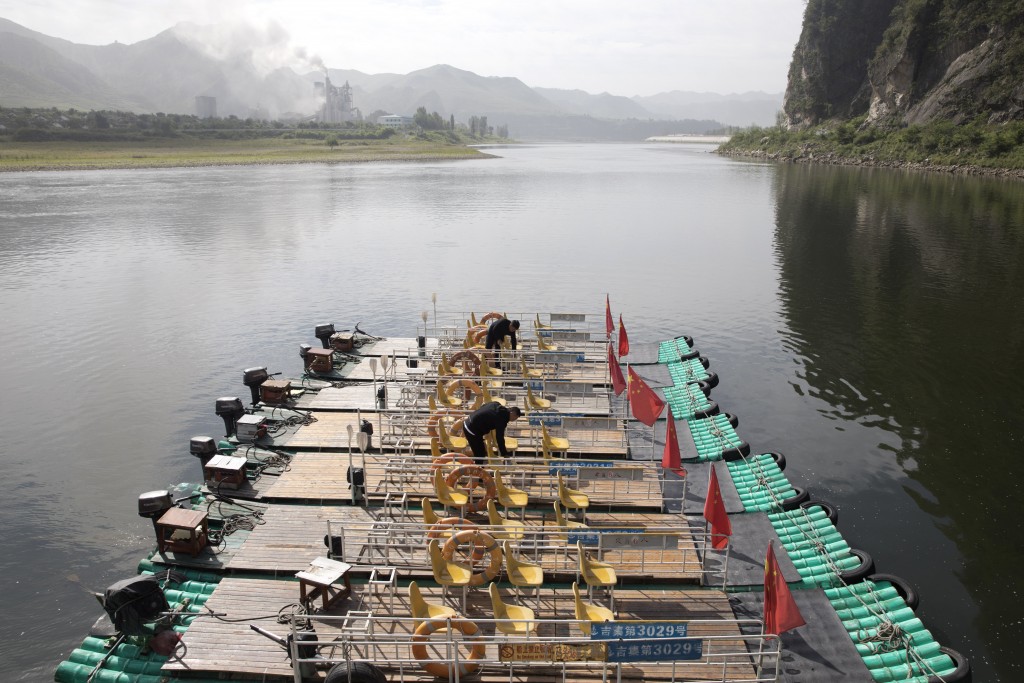 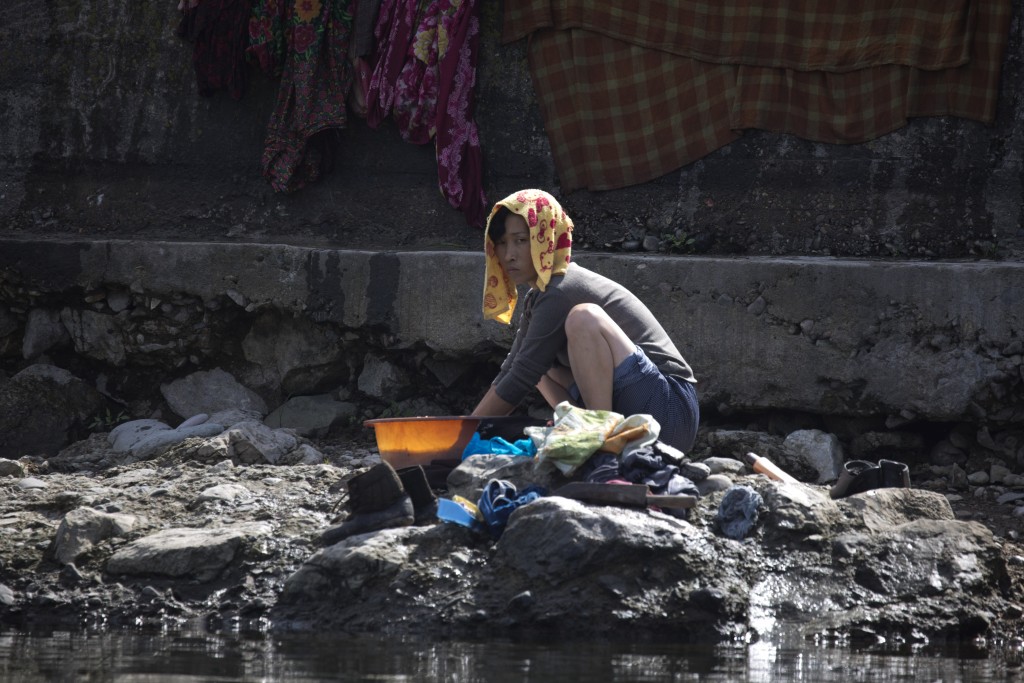 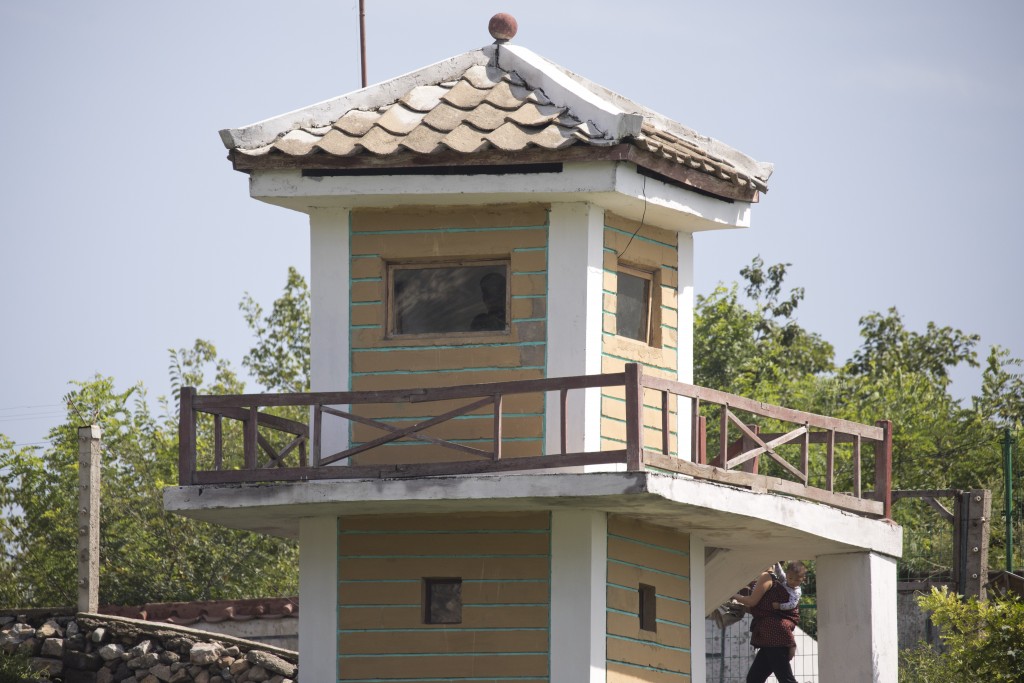 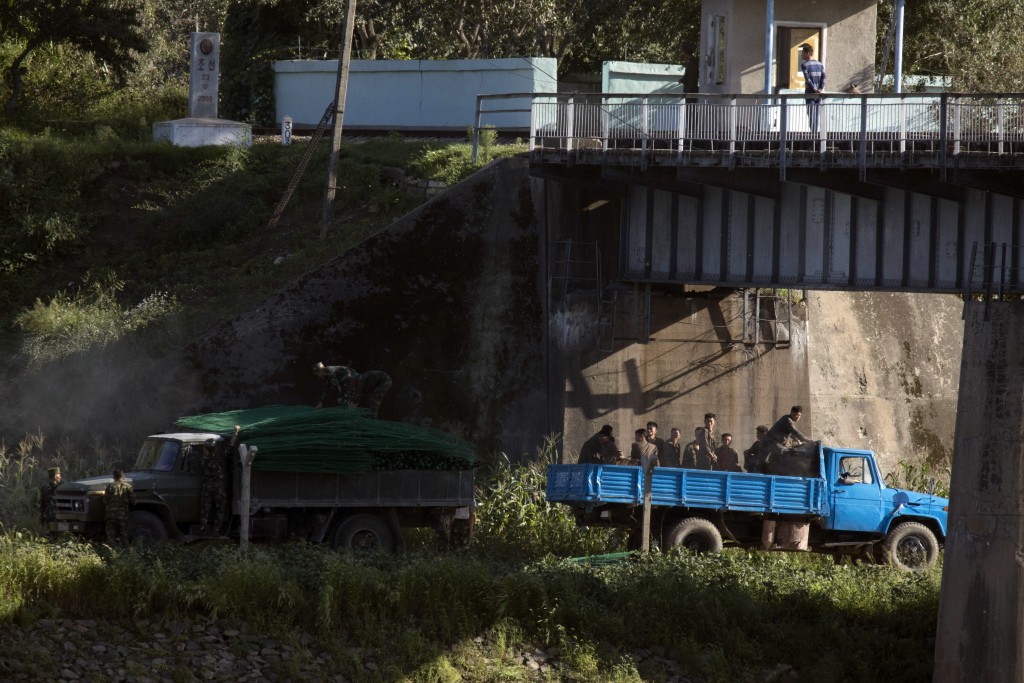 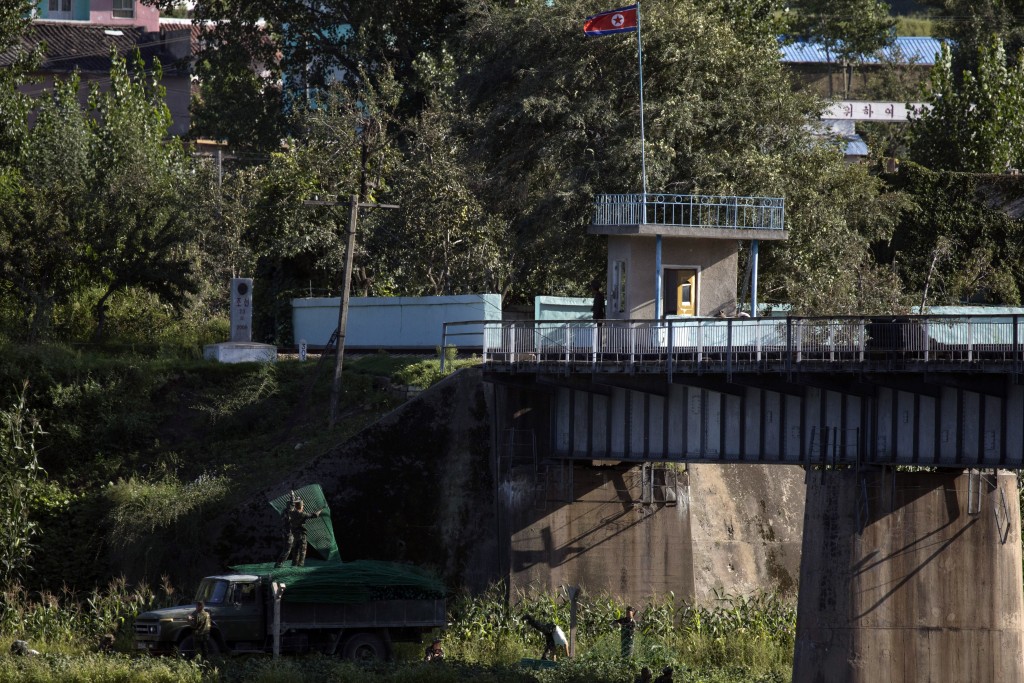 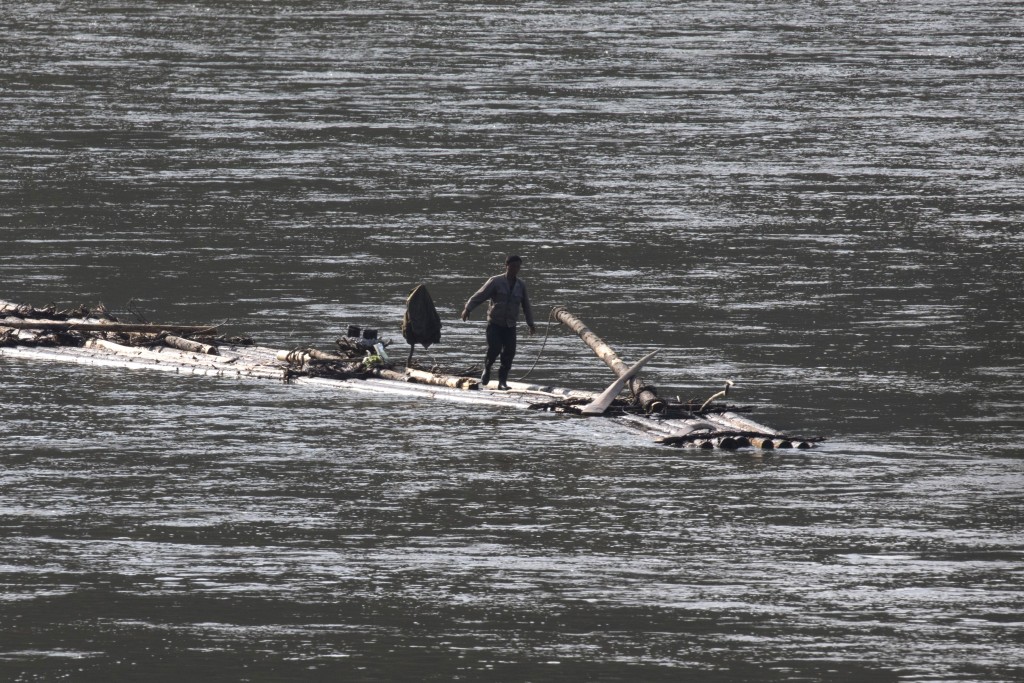 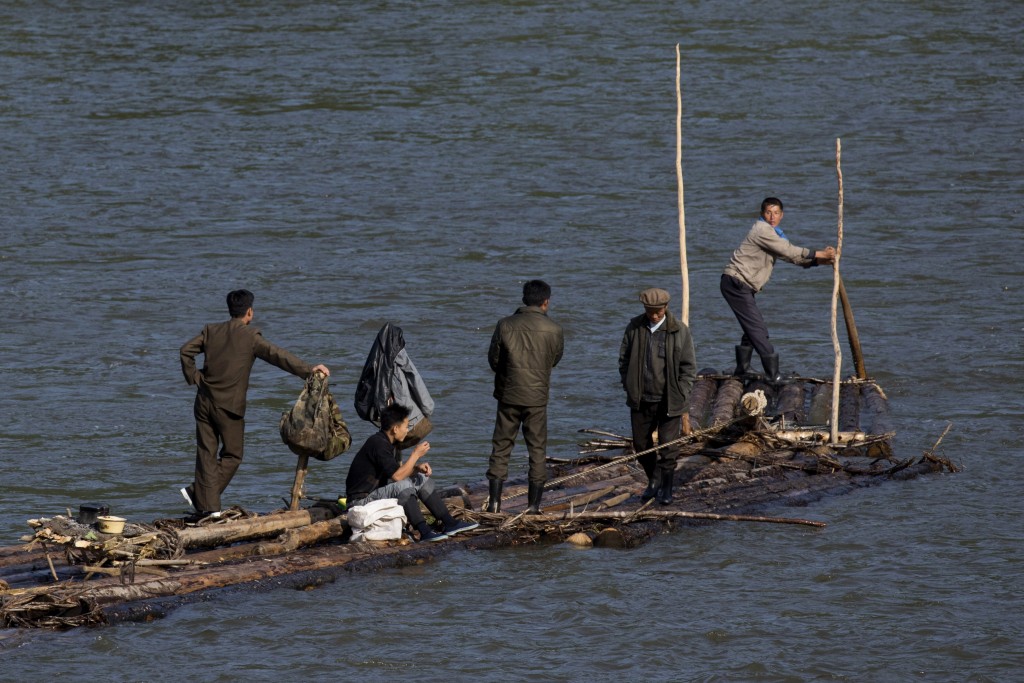 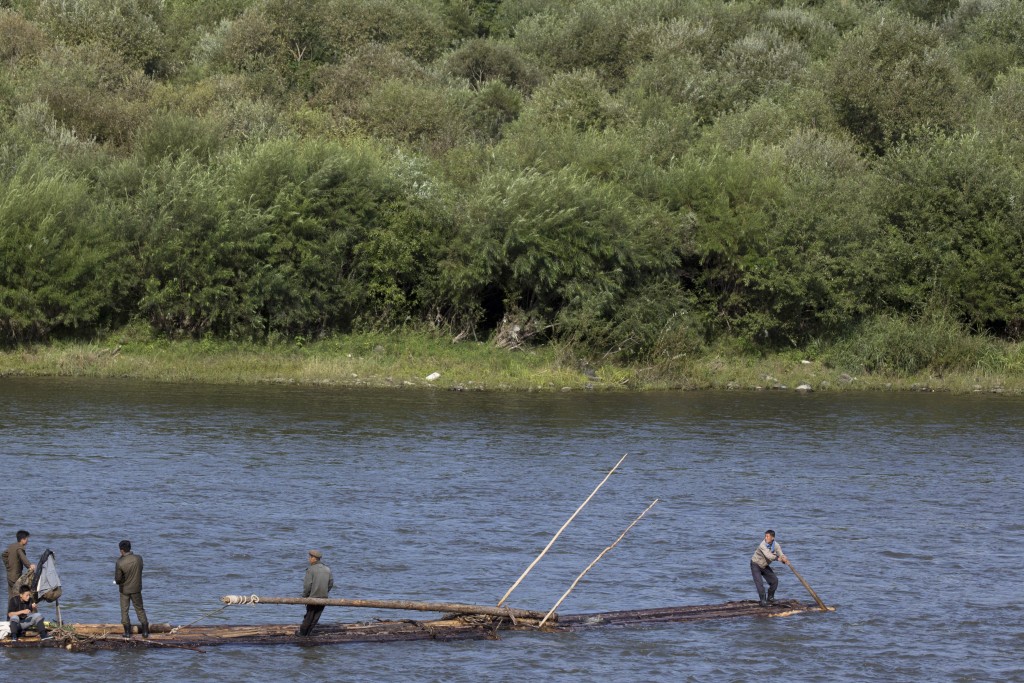 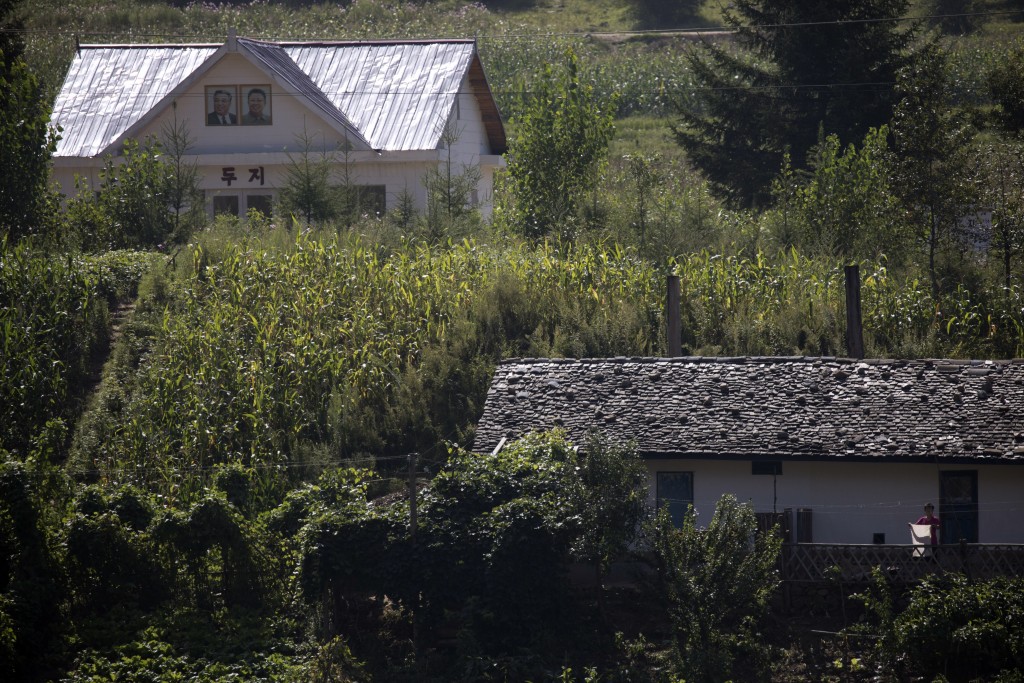 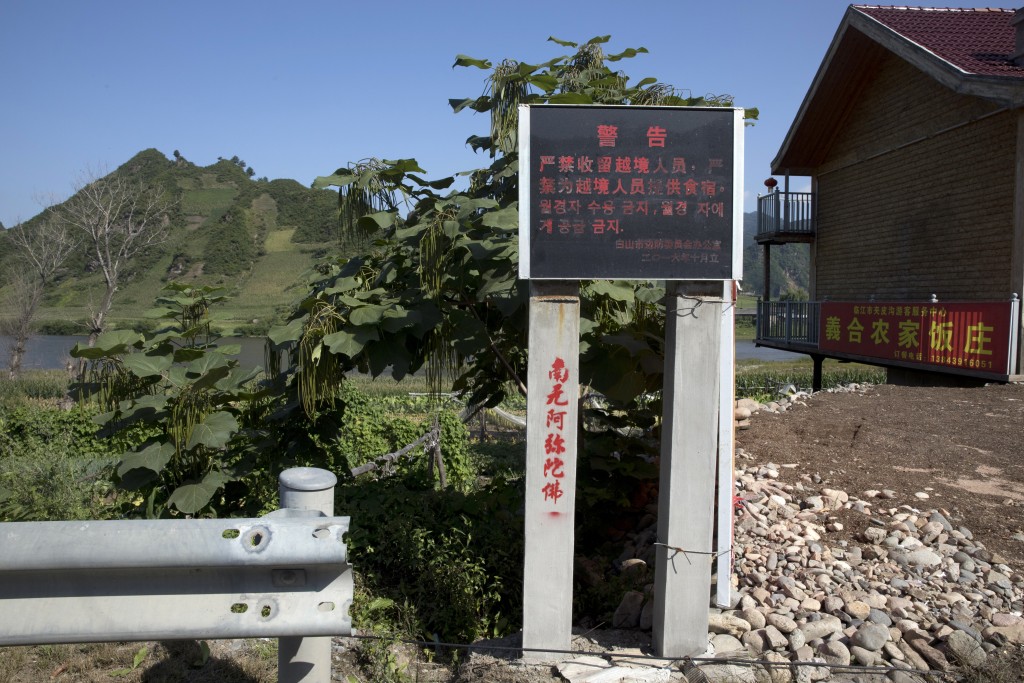 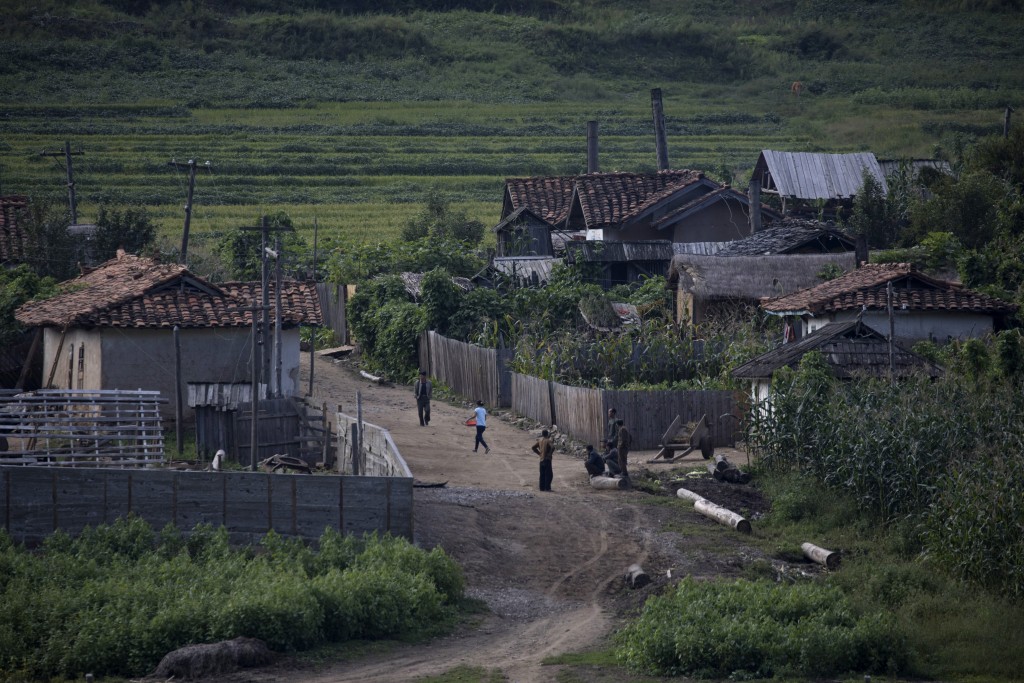 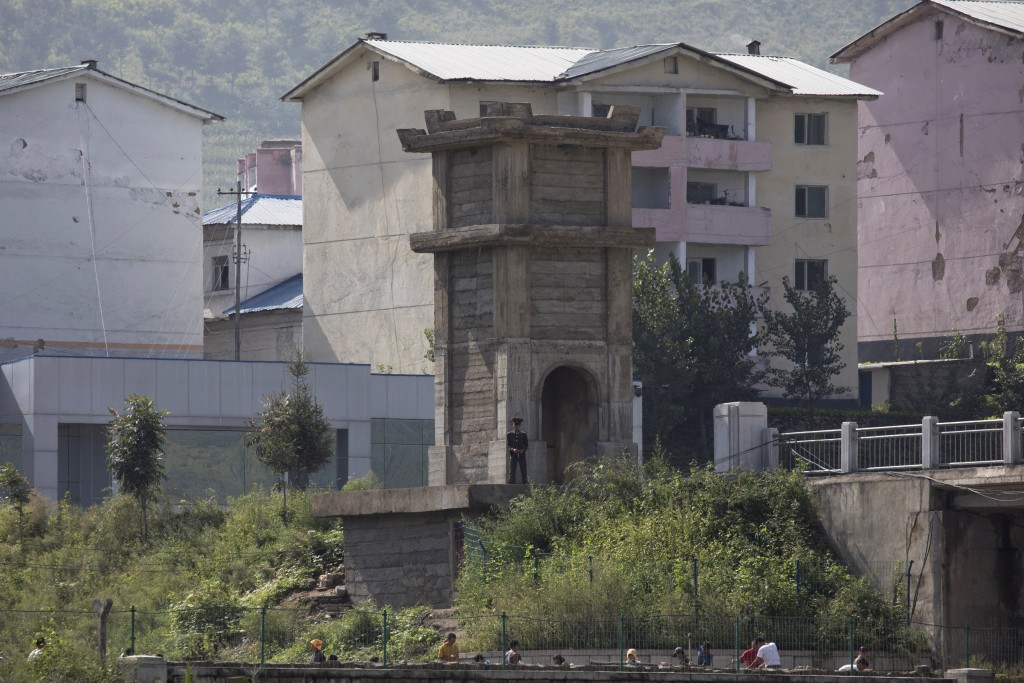 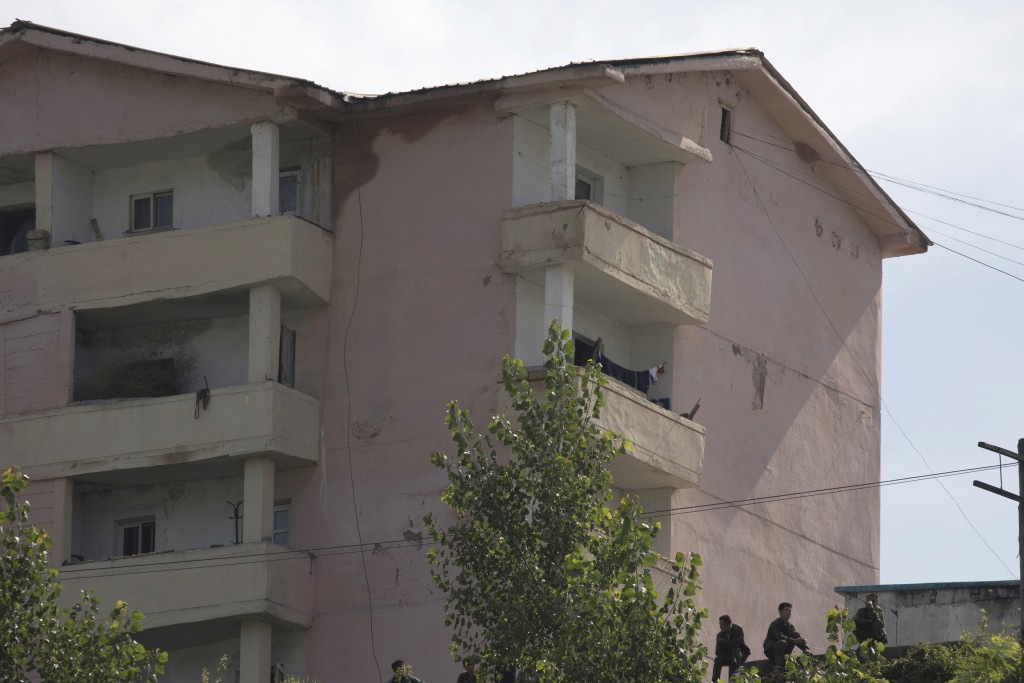 JIAN, China (AP) — The former smuggler sits on the floor by a muted TV set, smoking cheap North Korean cigarettes one after the other. His hands are rough from years of hard work. His belt is knotted to keep his pants from slipping around his pole-thin waist.

The mountains of North Korea, his homeland not even a mile away, fill the room's only window.

He spent nearly all his 50-some years in those mountains, sometimes earning more than $1,500 in just one trip along the secret trails and quiet river crossings of the China-North Korea border. He smuggled everything from TVs to clothes into North Korea, a nation shaped by decades of repression and isolation. He smuggled out mushrooms, ginseng and the occasional bit of gold.

North Korea is changing, quietly but powerfully, with the rise of the young ruler Kim Jong Un echoing even to those secret trails. Increasing international sanctions have left a handful of well-connected Chinese businesses now controlling much of the trade — legal and otherwise — along the frontier. That's bad news for the small-time smugglers who long dominated the border.

"It's the smaller traders who are feeling the heat. They're going to lay low," says John Park, director of the Korea Working Group at Harvard's Kennedy School of Government. "But this becomes an opportunity for larger companies with North Korean clients."

In North Korea, smuggling is far more than a crime. For two decades, smugglers have secretly knitted the isolated country to the outside world, bringing in food during a brutal famine and, later on as a small consumer class began to grow, everything from Chinese car parts to DVDs of South Korean TV shows. They ferried in TVs and ferried out families looking to escape life in the North. Smuggling became a respected profession, offering thousands of poor villagers a road to the emerging middle class.

The troubles of this underground community today reflect the immense role that the frontier plays in the country's economy, and offer a window into a secret world that outsiders almost never see. In rare detailed interviews, nearly a dozen people tied to smuggling networks, most either former smugglers or black market traders, say their world has been thrown into turmoil in the years since Kim Jong Un came to power in late 2011.

The 870-mile (1,400-kilometer) border is the linchpin of North Korea's economy, with China accounting for 90 percent of its trade.

While North Korea has faced international trade sanctions for over a decade because of its nuclear and missile programs, China only began significantly ratcheting up enforcement over the past year, amid a surge in Pyongyang weapons tests. Trade has declined amid the Chinese crackdown, but analysts say a range of products, from laborers to cellphone parts, still flow across the frontier, the path smoothed by bribes and powerful politicians in both countries.

As sanctions have tightened, the trade machine has simply grown more complex.

When North Korean coal exports were forbidden, shiploads were channeled through Russia to hide their origin, U.S. officials say. When North Korea's overseas businesses faced scrutiny or closure, they opened front companies or hired Chinese middlemen. When buyers objected to clothing made in North Korea, factories reportedly began adding "made in China" labels. Goods are sometimes transferred from one ship to another at sea, investigators say, to camouflage trade with the North.

As this peculiar form of globalization reverberated along the border, many longtime smugglers simply couldn't keep up.

"I used to make a lot of money," says another ex-smuggler, a gravel-voiced Chinese man in his mid-40s now working as an occasional laborer in South Korea. "But it's not like that today."

It's lunchtime in Ulsan, the industrial city where he has lived since leaving the border last year, but he's sitting in a restaurant nursing both a bad hangover and a beer. For years the smuggling process had been straightforward, he says, with North Korean border units allowing him to bring his goods across in exchange for bribes. "These guys would just let the smuggling happen."

The man, like all those interviewed with ties to smuggling, spoke on condition of anonymity, since he was admitting to breaking numerous laws. He is Chosonjok, from China's ethnic Korean community. Many early smugglers were either Chosonjok or Chinese residents of North Korea, known as Hwagyo.

He made his career running scrap copper into China, communicating with his North Korean partners on Chinese mobile phones, which are illegal in the North but work sporadically in border areas.

Once a shipment was arranged, cars would be dispatched carrying tons of metal to isolated stretches of the Yalu River, which marks North Korea's northeastern border with China.

Much of the region is deeply rural, with small mountains flanking the river and very few roads. Surveillance is often light outside the handful of cities. "Don't accommodate border trespassers," a sign warns in a small Chinese town. Even in security-obsessed North Korea, where getting to the border requires a special permit, guardposts are still sometimes more than a half-kilometer (a quarter-mile) apart.

The copper smuggler would arrange for hired North Korean soldiers to haul the metal in 50-kilogram (110-pound) sacks to the Chinese shoreline, carrying the bags through shallow water or floating them on rafts made from inflated inner tubes. Cars waiting in China would then whisk the copper away.

For every shipment, he would send takeout meals, bottles of beer and snacks — especially pig's feet — for the soldiers.

"I'm a kind-hearted person so I'd bring them lots of good food," he growls.

On a good day, he says, he could move six tons of metal across the border, earning him upward of $3,600. He could do that a few times a year.

When demand dropped for copper he switched to North Korean rabbit fur, which he could sell to Chinese clothing manufacturers. Then, about two years ago, things grew increasingly difficult. North Korean border guards grew wary. Rumors spread of harsh punishments: "Anyone caught (helping smugglers) would be killed." Eventually, his partners refused to work with him. "They told us they were too scared to do it any longer, no matter how much we were willing to pay."

Smuggling has been part of life here for centuries, but began growing exponentially in the mid-1990s, when North Korea's economy broke down and famine savaged the country. As government control loosened amid the turmoil, desperate Northerners began crossing the border into China, searching for food, work or something to trade. While the famine and the turmoil eventually eased, a quietly budding market economy held on.

As did the smugglers.

"When I was young, everyone wanted to be a soldier, a doctor or a teacher," says a refugee in her late 40s, a former North Korean radio propagandist and black market trader now living outside Seoul. "But later on, after the famine, every child began dreaming of becoming a smuggler."

At the house overlooking the North Korean mountains, the ex-smuggler says poverty pushed him into running goods illegally. He had a government-assigned job, like nearly all North Koreans, driving a truck in a small city. But official salaries can pay as little as 1,000 North Korean won — less than $1 — a month.

"It was the kind of money that would let you eat out — once," he says, leaning back against the wall.

He began using his employer's truck to ferry merchandise for small traders, who would buy goods from one of the growing number of semi-underground markets, then sell them in another.

"I traveled everywhere," he says. "Something that was sold for 10 won here could be sold for 20 won at another place."

Eventually he began crossing into China, buying TVs, stereos, refrigerators and clothing, then arranging for boats or rafts to ferry everything back home.

In an area where the line between trading and smuggling can be almost impossible to parse, where nearly everyone pays or takes bribes, he describes his work as an "authorized business," since he'd paid officials to let him move his merchandise.

"From the outside it doesn't look legitimate, but to the people on the inside, that's just how the marketplace in the border region works," said Park, the professor with the Korea Working Group. He has studied how a handful of Chinese companies have come to dominate the border as trade sanctions tightened, acting as intermediaries for North Korean firms and profiting from the increased risks.

While U.S. law effectively forbids American trade with North Korea, China has only selectively restricted commerce with the North. Pyongyang also does business legally with countries from Pakistan to Thailand, trading in everything from textiles to seafood.

The pressure on the small-time smugglers didn't come all at once. Some trace it to the final years of longtime dictator Kim Jong Il, who died in December 2011. Others say it began under his son and successor, Kim Jong Un.

The younger Kim has launched a series of purges since coming to power, ousting and sometimes executing a series of powerful officials. The domino effect of those purges, with ever-lower officials being pushed aside, eventually reached the border.

"When your business depends on bribing border officials and the officials are being changed every 9-to-12 months, then that makes things all the harder," said Justin Hastings, a University of Sydney scholar who studies North Korean trade networks. The smugglers' most recent troubles, he believes, are from Chinese officials enforcing sanctions and "cracking down in ways they hadn't done before."

In 2012, North Korean border officials began ordering smugglers to "regulate" their businesses, says the ex-smuggler now living in China. Eventually, as the informal rules tightened, he was limited to what he could carry. His profits plummeted.

"I was only making enough money to pay for my travel expenses and my meals," the he says. He left for China when his business collapsed, moving in with relatives.

Life was supposed to be easier on this side of the border. But he barely speaks Chinese, can't find work and knows almost no one.

"All my friends are there in North Korea," he says, nodding toward the mountains. His one solace is soju, a vodka-like alcohol loved in both Koreas. "I drink here at my home. One shot with each meal, every day."