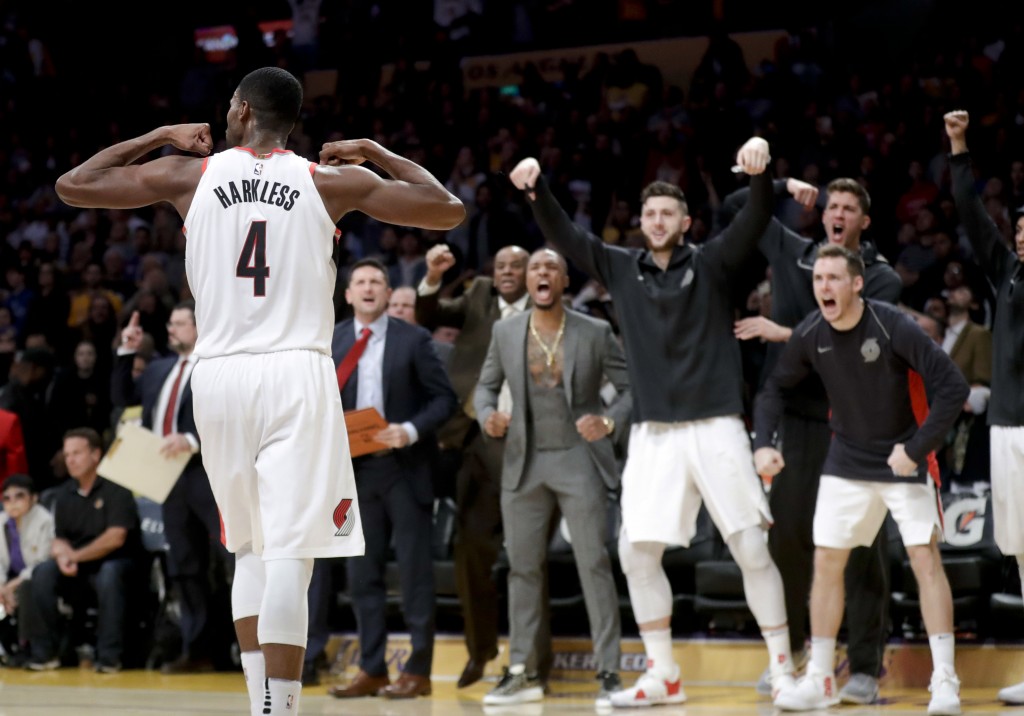 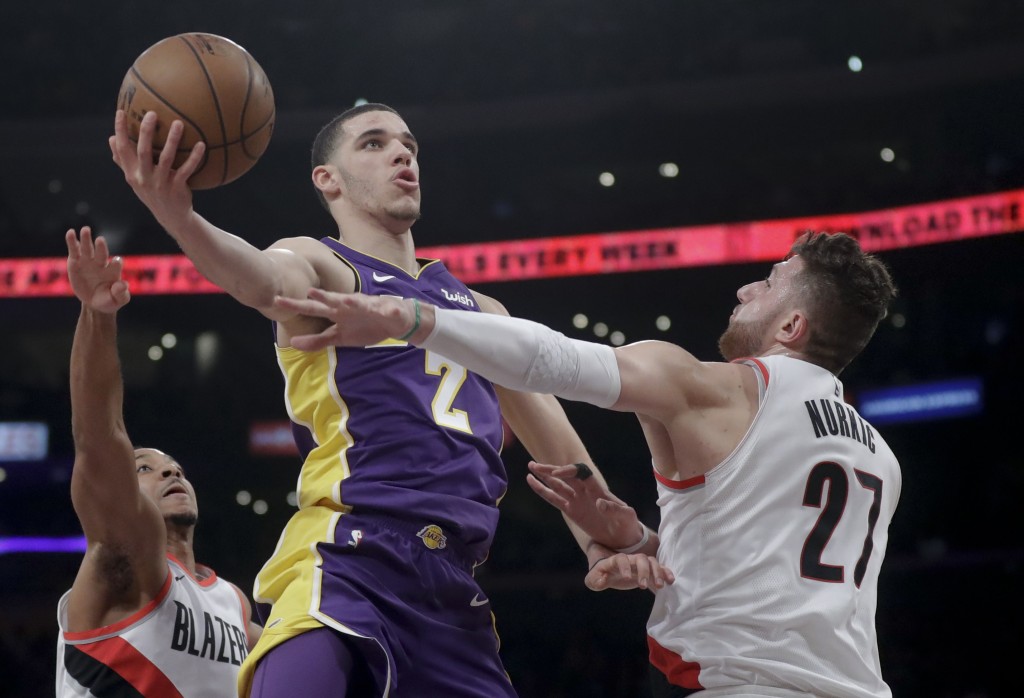 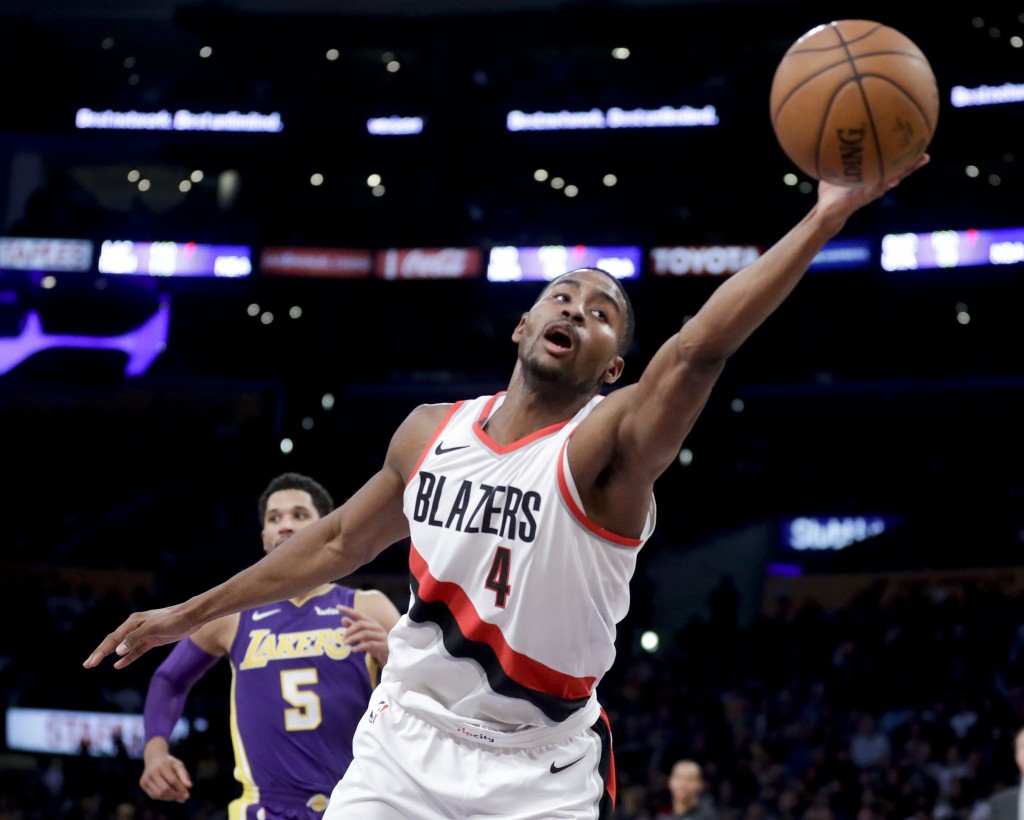 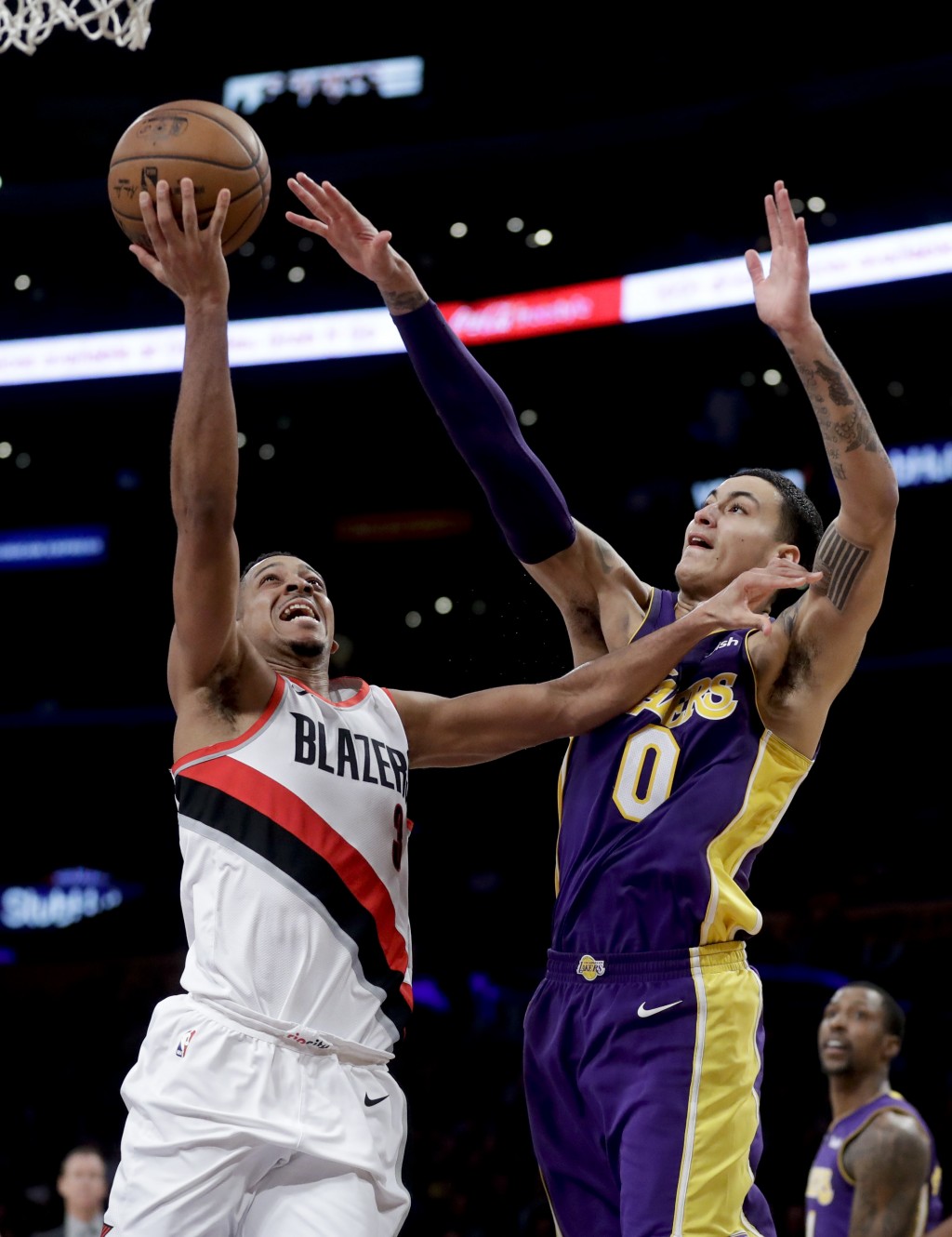 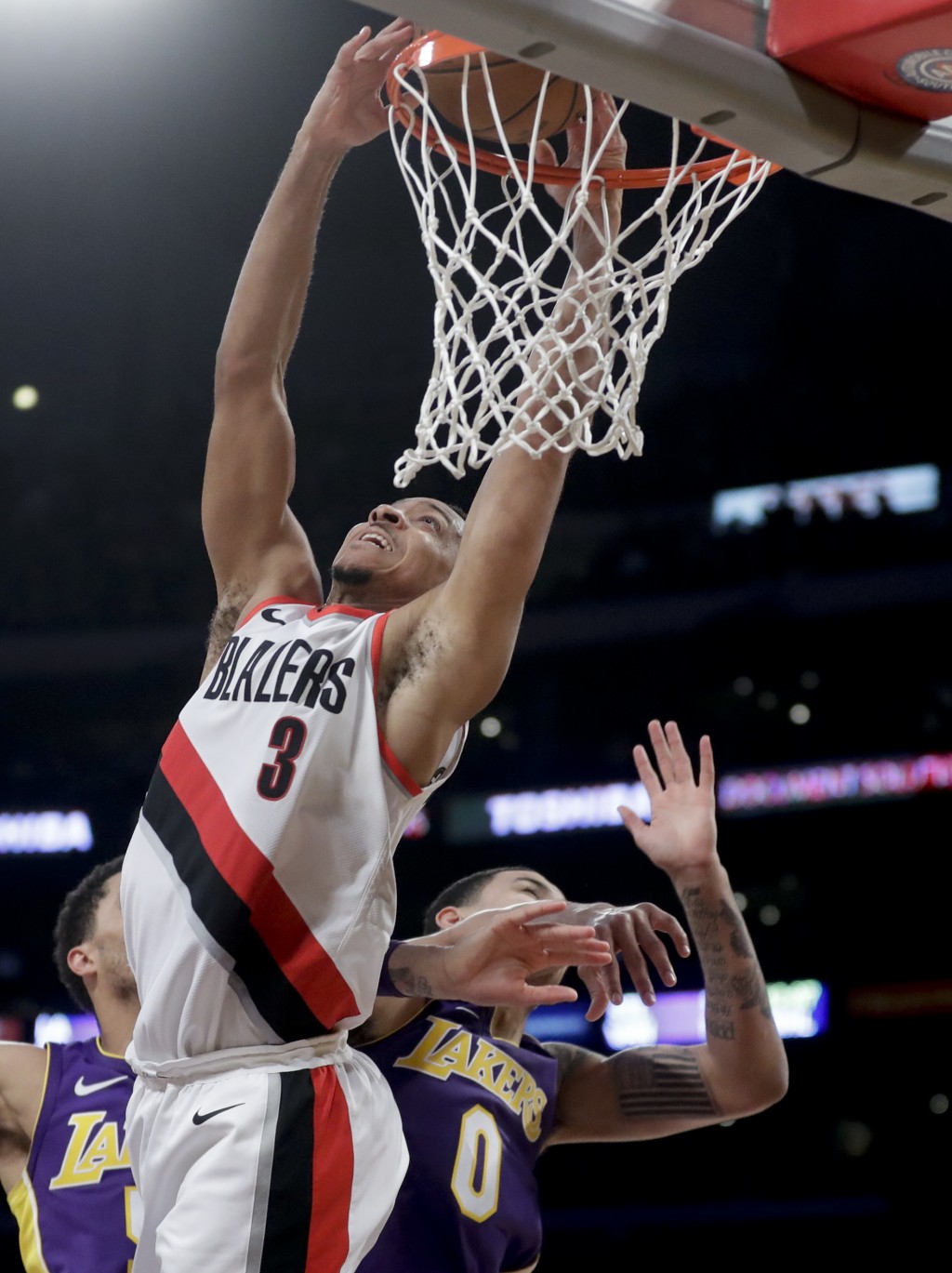 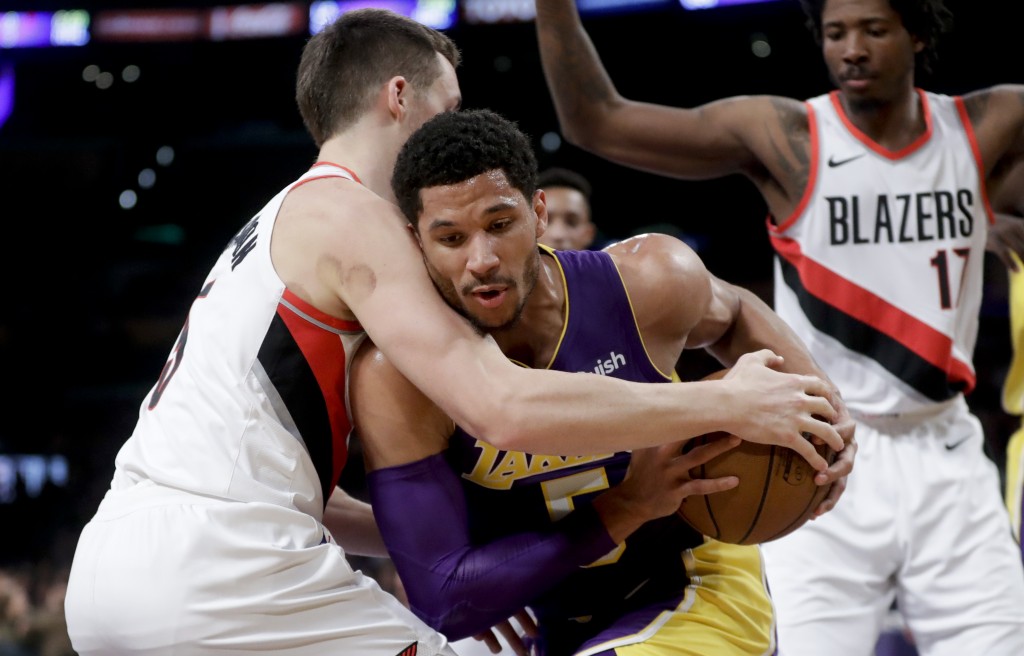 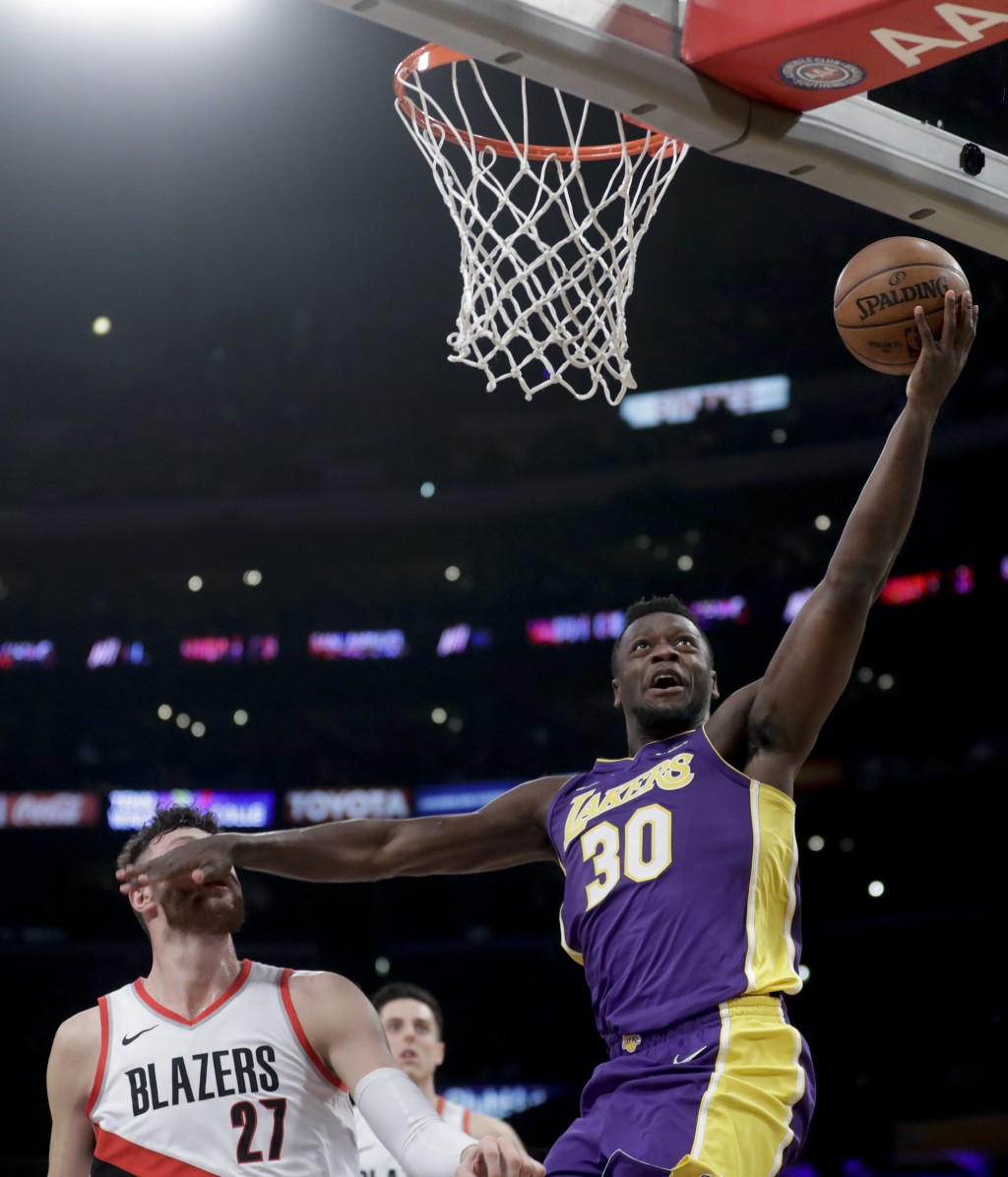 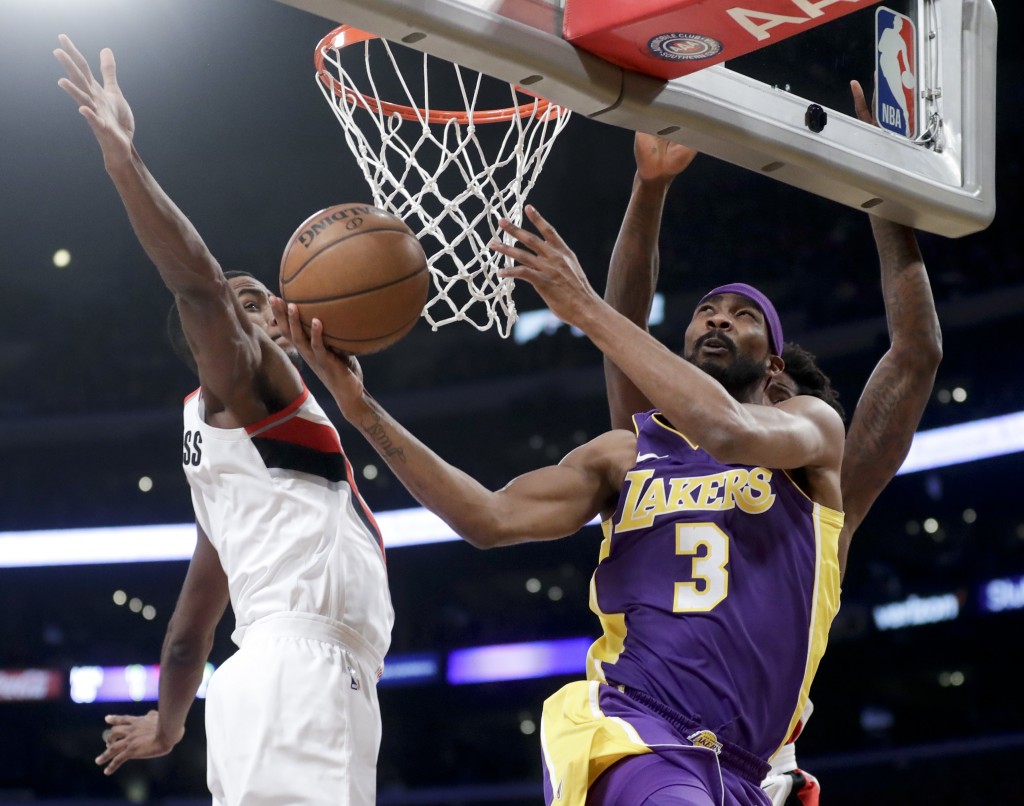 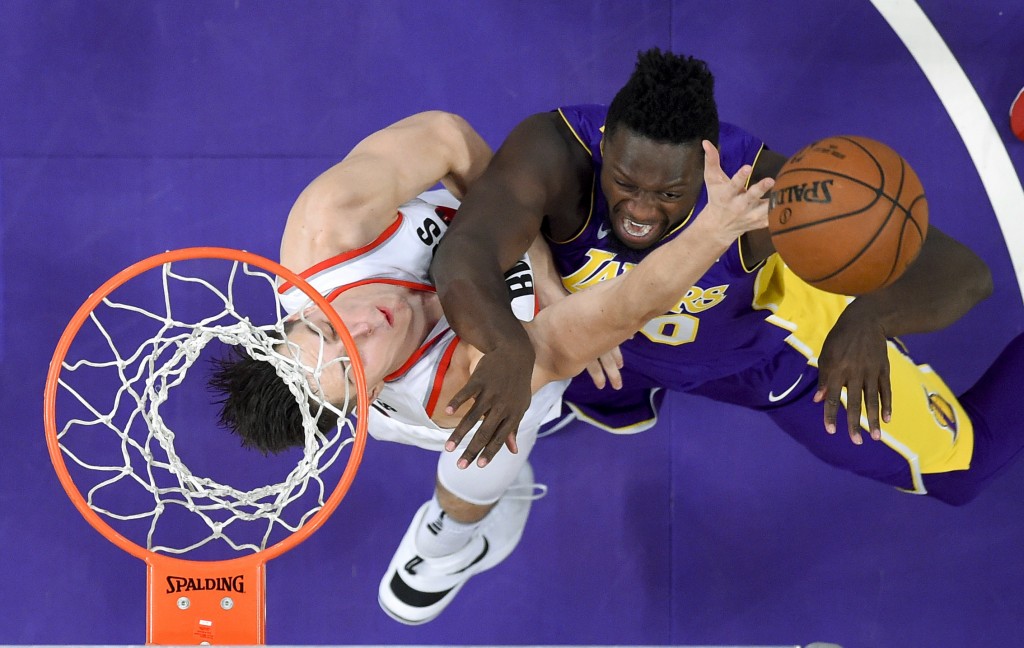 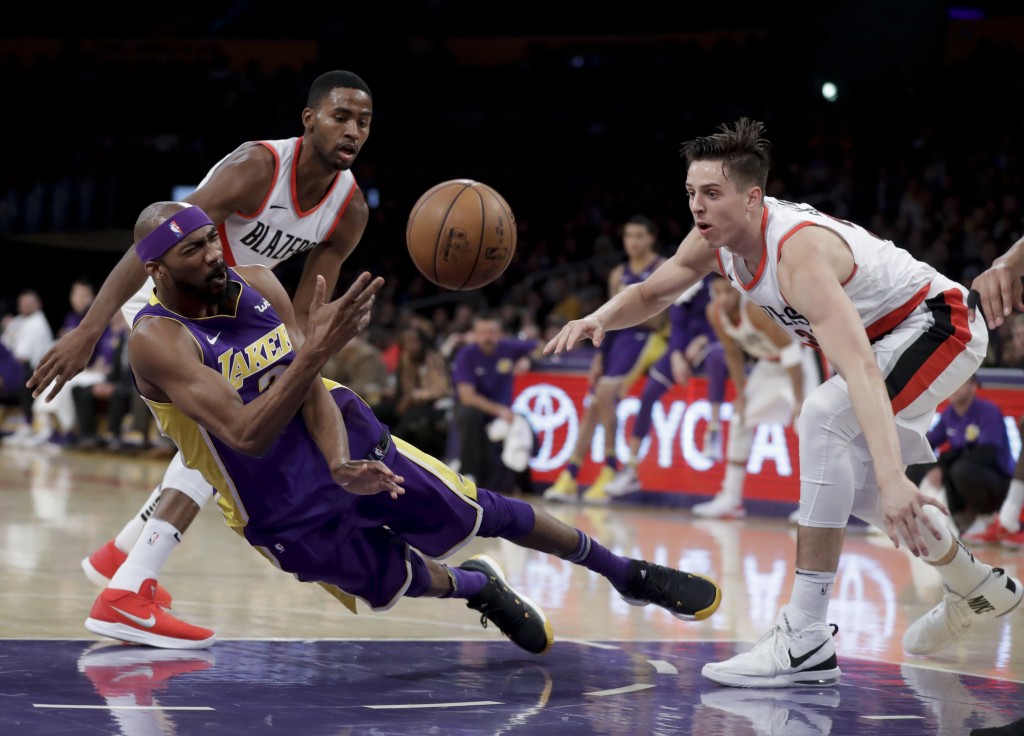 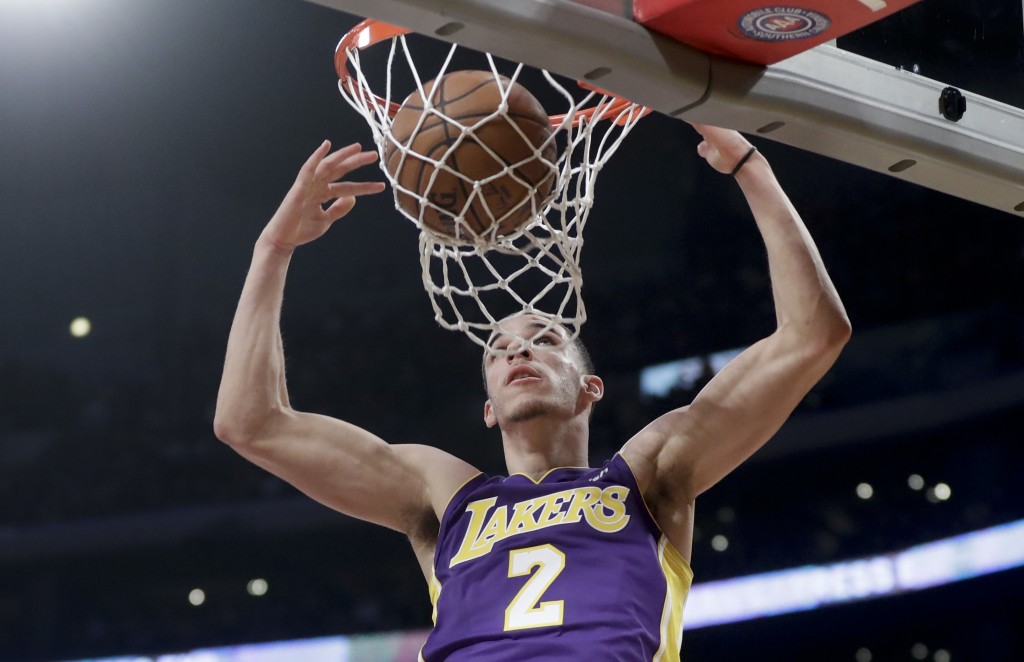 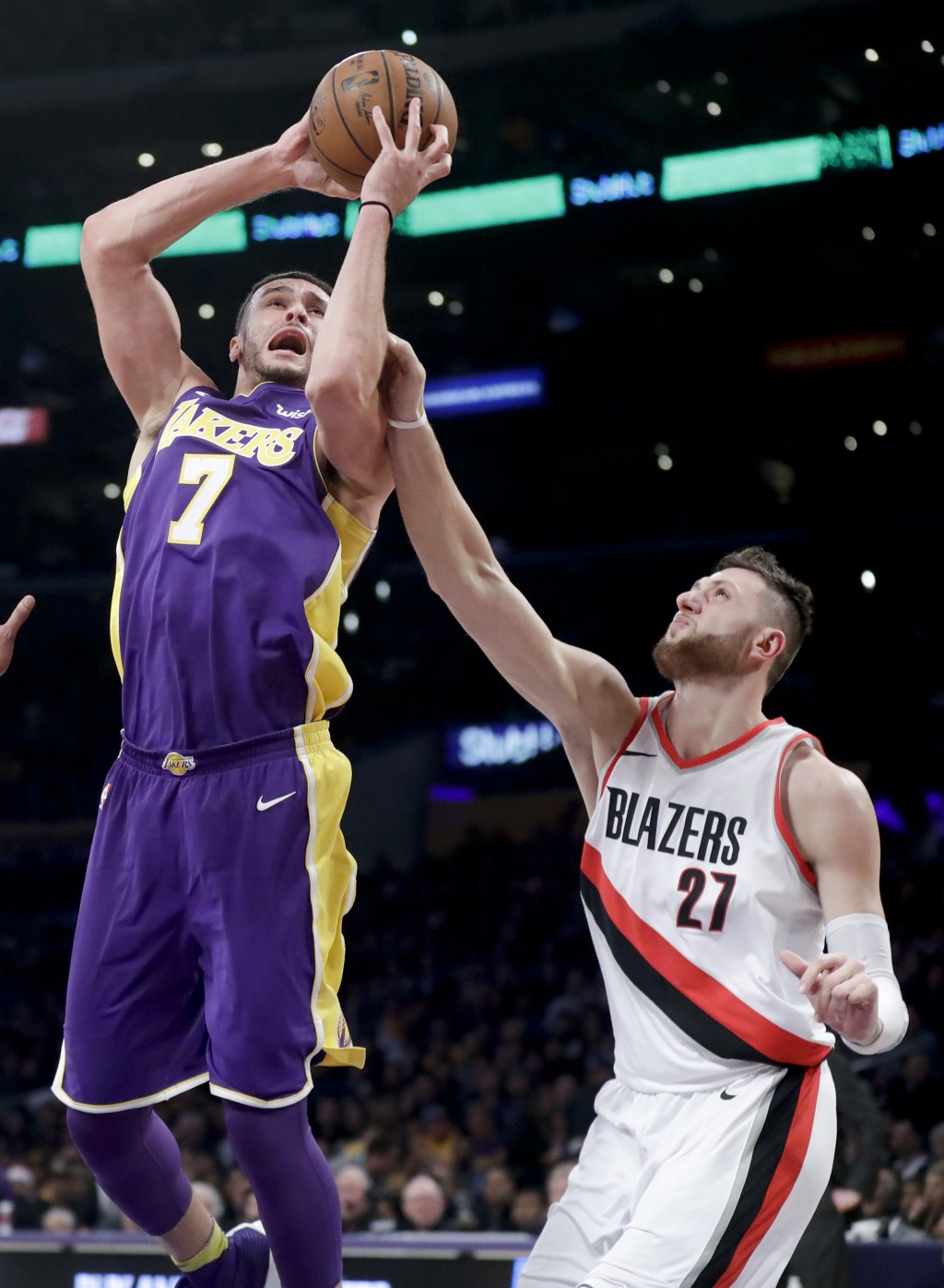 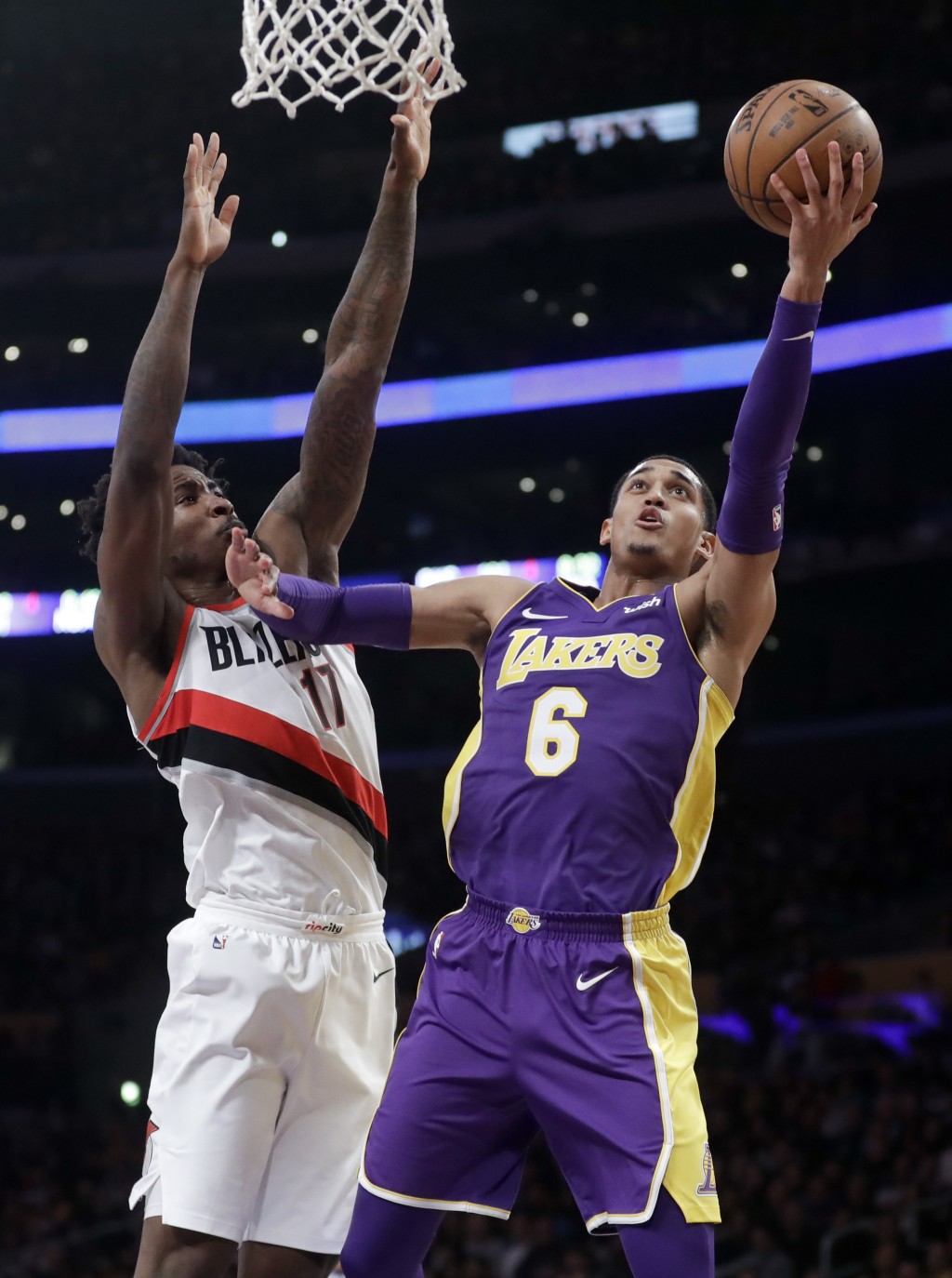 Harkless, who scored the final four points for the Blazers and finished with 22, made a jump shot through contact after Lonzo Ball hit a 3-pointer to tie it at 91 with 1:45 remaining. Shabazz Napier added 21 points and CJ McCollum had 17 for Portland, which played without injured star Damian Lillard.

Kyle Kuzma and Jordan Clarkson each scored 18 for the Lakers, who were missing ailing forward Brandon Ingram. Ball had 10 points, eight rebounds and 11 assists, and Josh Hart added 11 points and 10 rebounds.

Harkless and Zach Collins combined for the Blazers' first 11 points to open the fourth quarter, with Collins' turnaround leaner putting Portland ahead 74-73 with 10:17 left.

Portland used a 10-2 run over the final 1:38 of the third quarter to tie the game. Napier hit a 3-pointer with 4.5 seconds left to make it 70-all and missed a shot at the buzzer after stealing the ball from Julius Randle.

Both offenses perked up in the second quarter, with the Blazers shooting 52.2 percent (12 for 23) and the Lakers not far behind at 47.6 percent (10 of 21). The Lakers held a 49-44 lead at halftime despite McCollum and Napier combining for 17 points in the second after making all seven shots from the field.

Randle had just checked into the game when he inadvertently backhanded Jusuf Nurkic in the face on a layup. Nurkic was down on the court for several minutes holding his face.

Nurkic had four points, two rebounds and one assist before exiting, but did not score again despite returning late in the second quarter.

Lakers: Ingram didn't play because of a bruised right quadriceps and tendinitis in his left quadriceps. ... C Brook Lopez missed his third consecutive game with a sprained right ankle.