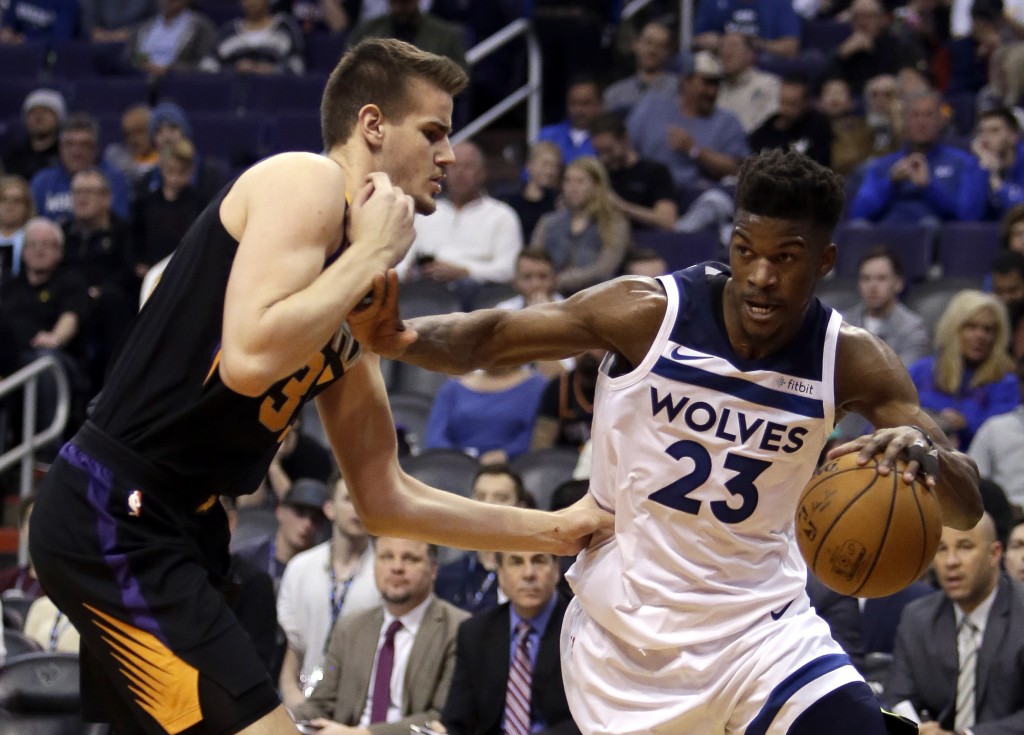 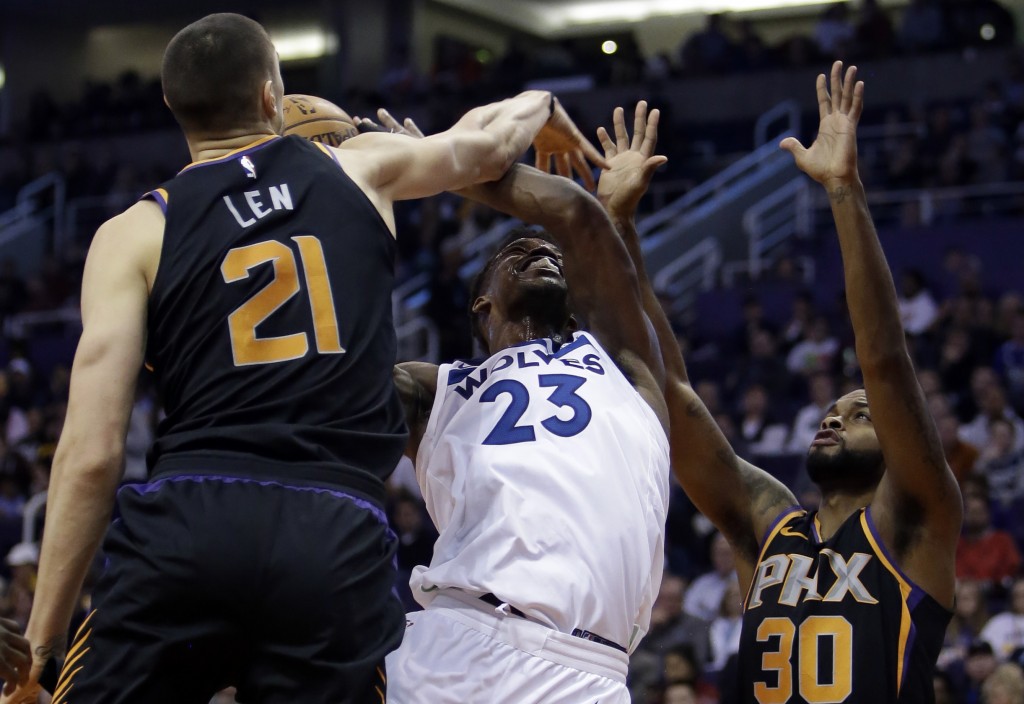 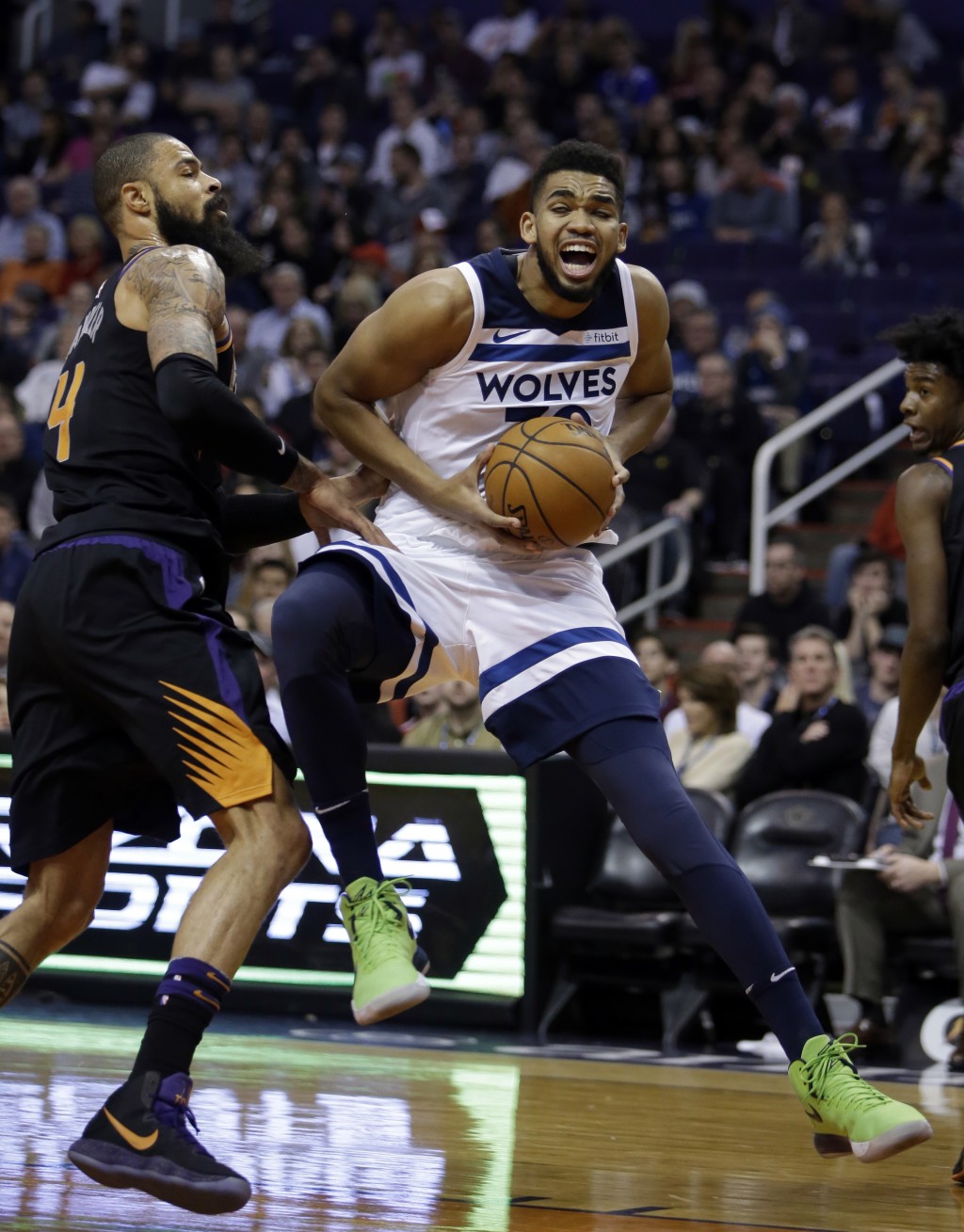 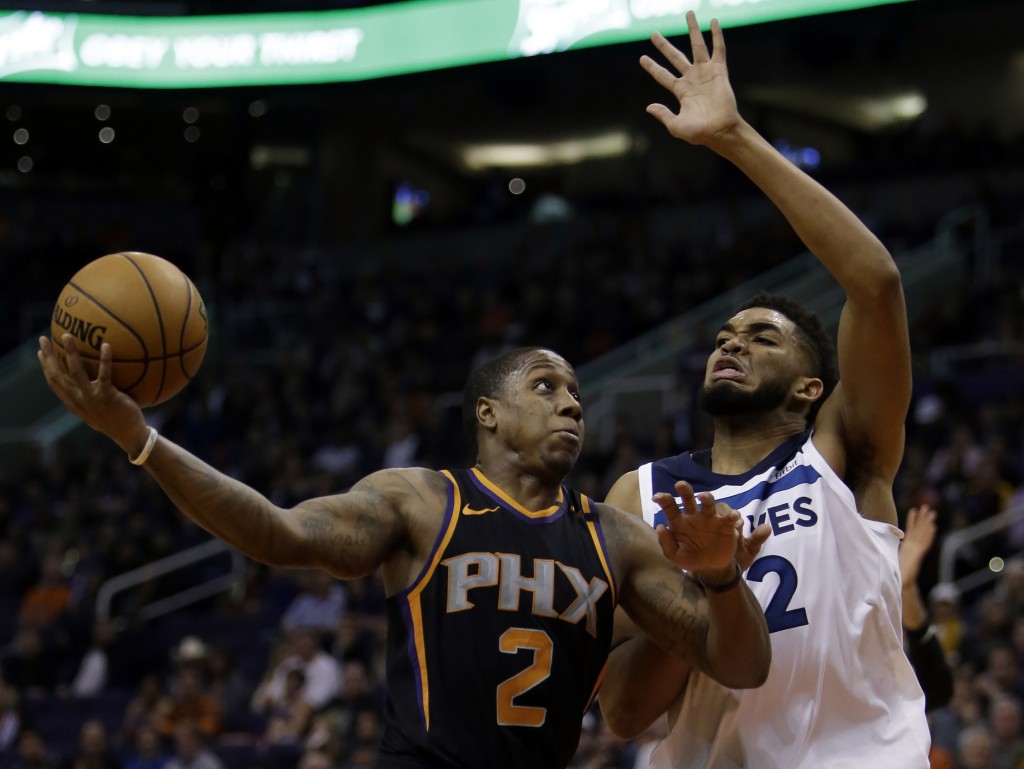 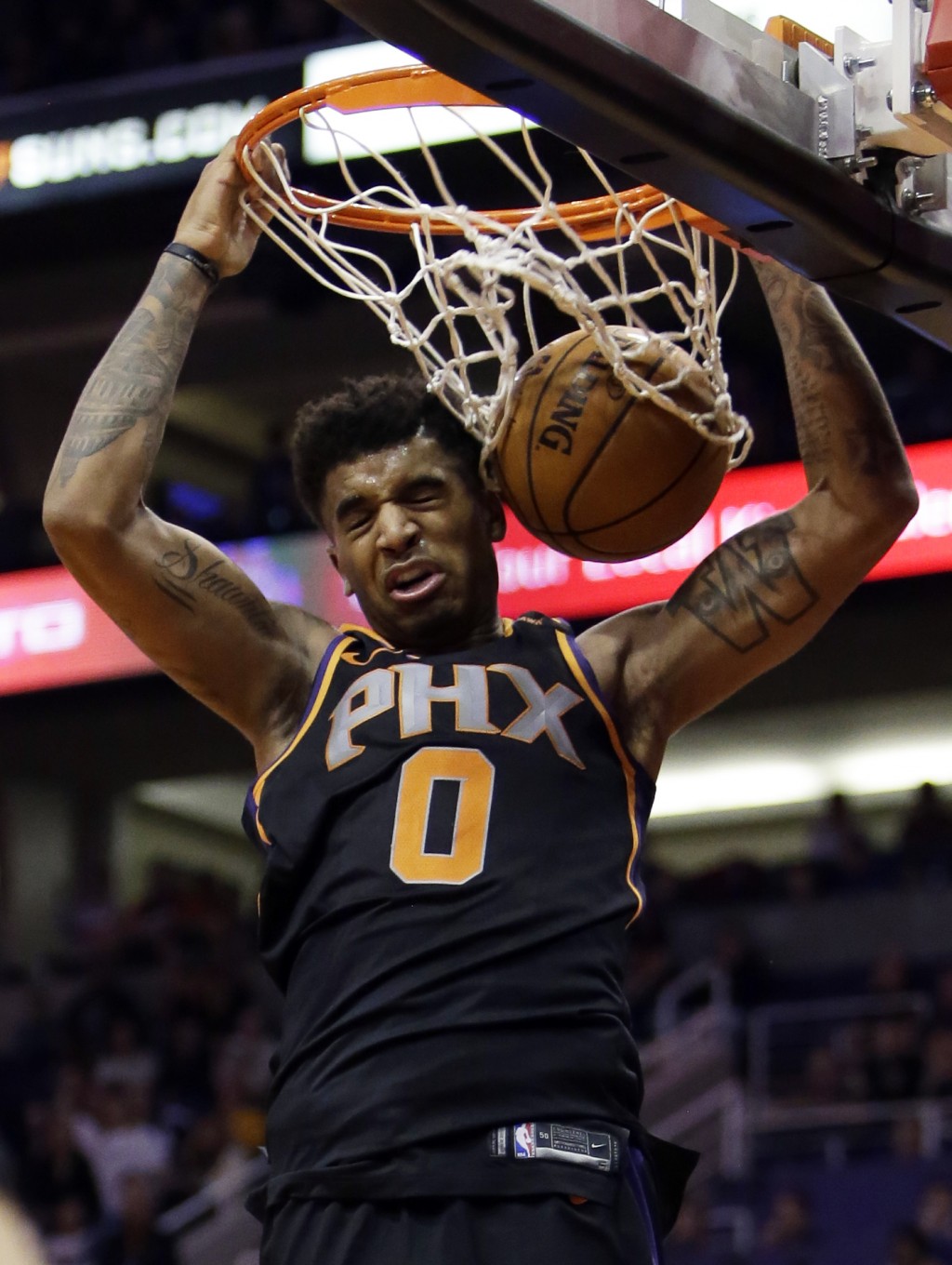 PHOENIX (AP) — Jimmy Butler scored 32 points to lead six Minnesota in double figures and the Timberwolves never trailed in a 115-106 victory over the Phoenix Suns on Saturday night.

The Suns cut what had been a 22-point deficit to two in the late third quarter but the Timberwolves used a 12-0 run to end the third and the start the fourth and held Phoenix off from there.

Andrew Wiggins added 17 points and Karl-Anthony Towns had 16 points and 14 rebounds as Northwest Conference-leading Minnesota improved to 20-13, its best 33-game start since going 22-11 in 2004-05.

T.J. Warren scored 24 points for the Suns, in their ninth and probably final game before Devin Booker returns from injury. Troy Daniels added 18 for the Suns, including 6 of 12 3-pointers. Isaiah Cannon had 15 points and nine assists off the bench for Phoenix in just his fifth game joining the team.

The Timberwolves, winners of four of five and six of their last eight, led by as many as 16 in the first quarter and 22 in the second. Minnesota was up 64-43 at the break.

The Suns, who had won three of four, opened the third quarter with a 22-6 outburst to cut the Minnesota lead to 70-65 on Warren's driving layup with 5:25 to play. The Timberwolves responded with a 9-2 run, Butler starting it with a three-point play and ending it with a dunk that had the Minnesota up 79-67 with 3:34 left.

Then came a flurry of 3s — two by Daniels, one by Canaan — and Dragan Bender's two free throws with 1:30 left sliced the Timberwolves' lead to 80-78. The teams traded baskets before Minnesota scored the final four of the quarter, Crawford's driving layup sending the Timberwolves into the final quarter leading 86-80.

Butler began the fourth with an 18-footer, Gorgui Dieng and Tyus Jones sank 3s and Minnesota led 94-80. The Suns never got closer than five again.

Barring any setbacks, Phoenix scoring leader Booker is expected to return when the Suns are home against Memphis on Tuesday night. Booker has missed nine games with a left adductor sprain. He's averaging 24. 3 points per game and scored at least 30 in 10 of his last 20 games before he was hurt. Phoenix have gone 3-6 in his absence.