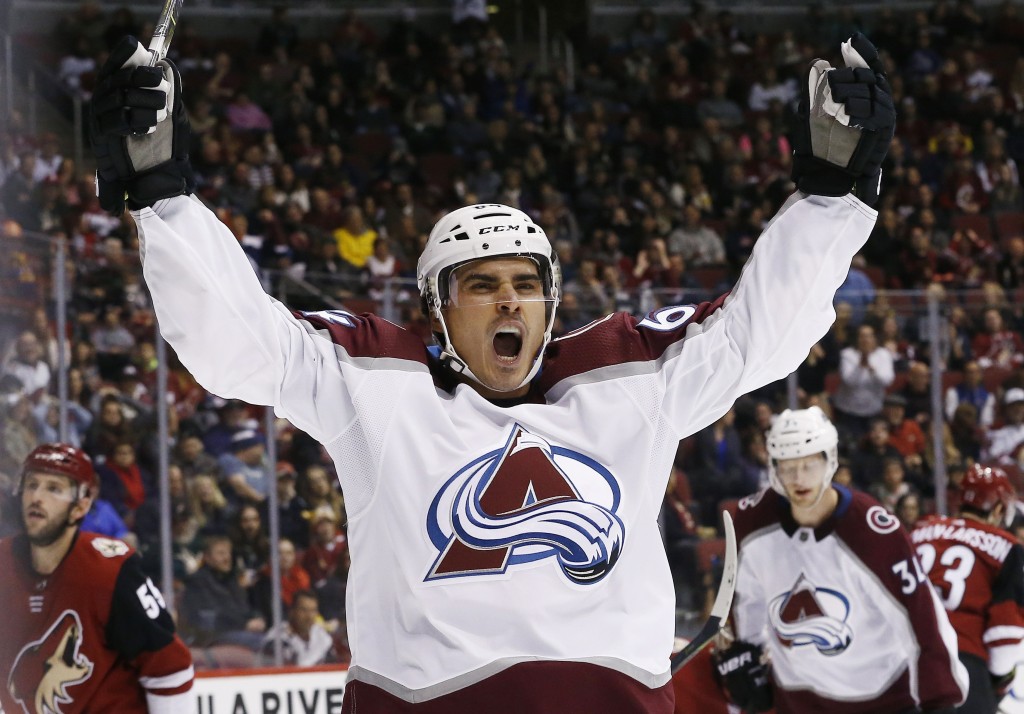 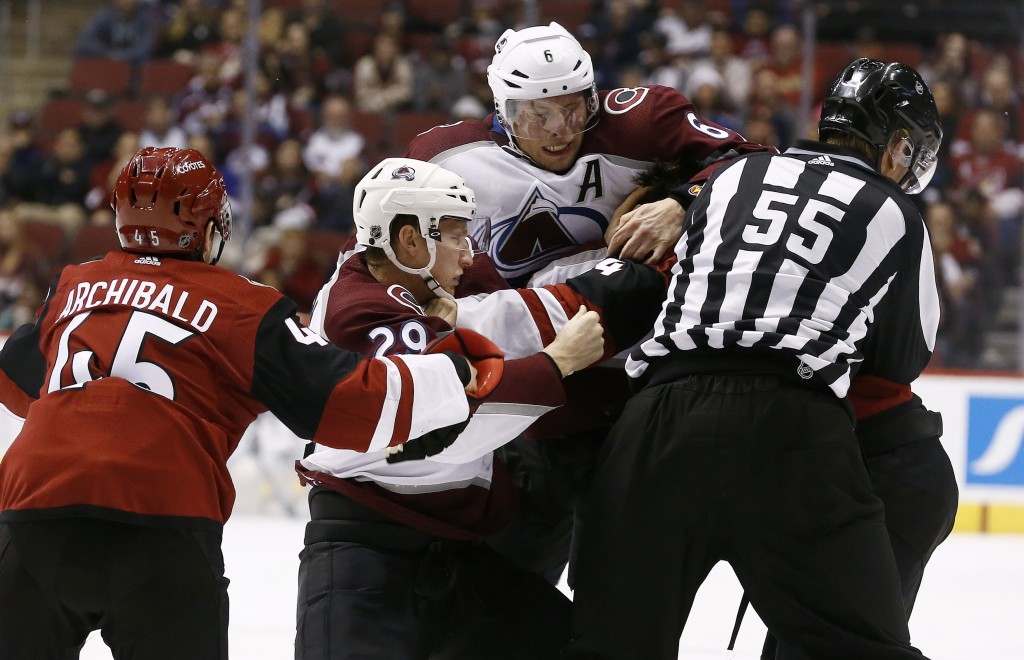 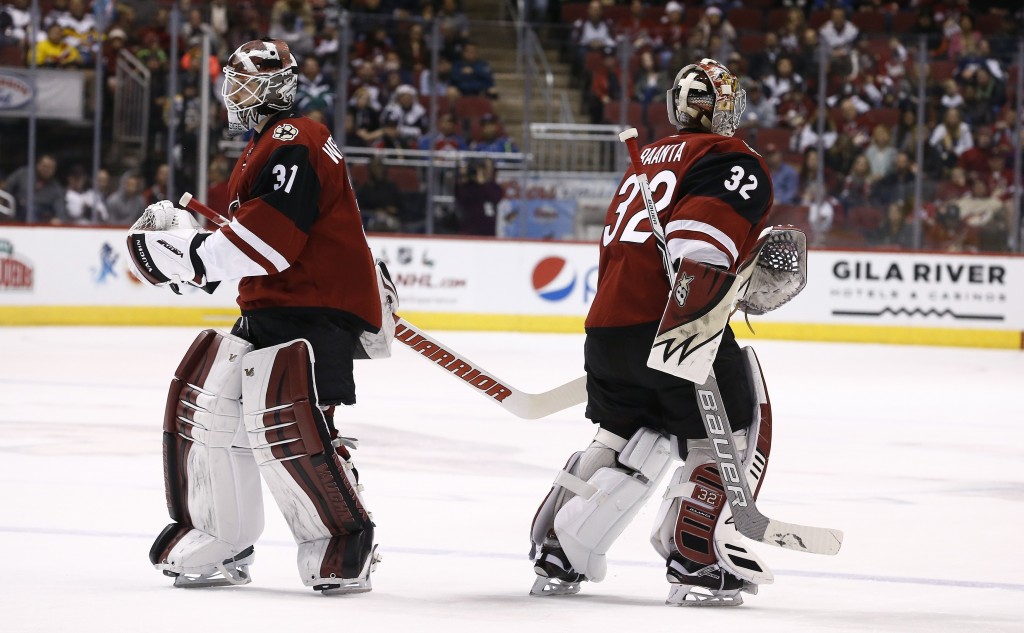 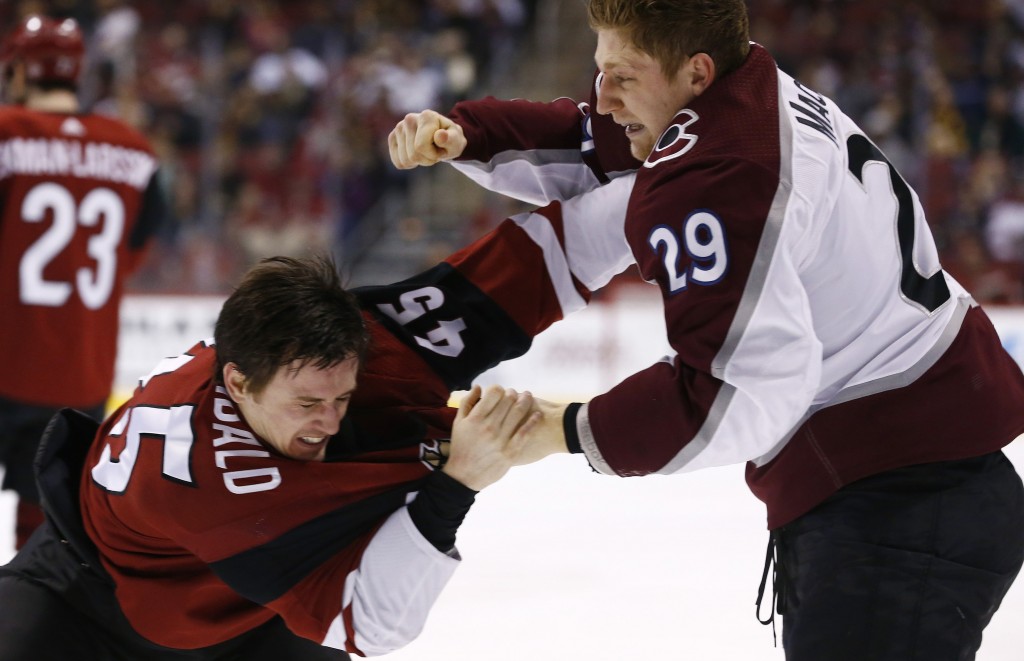 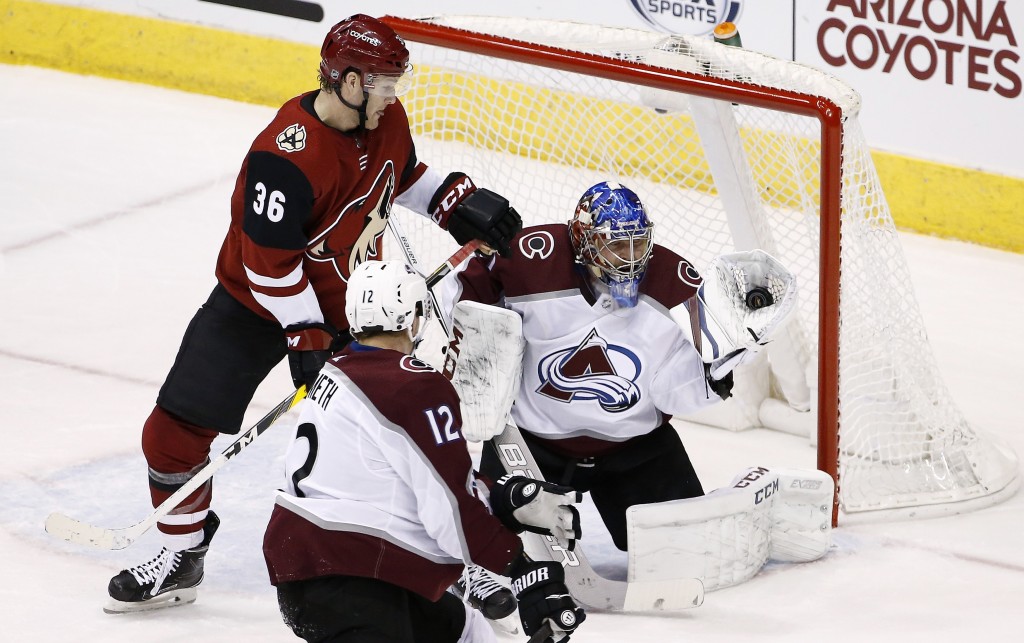 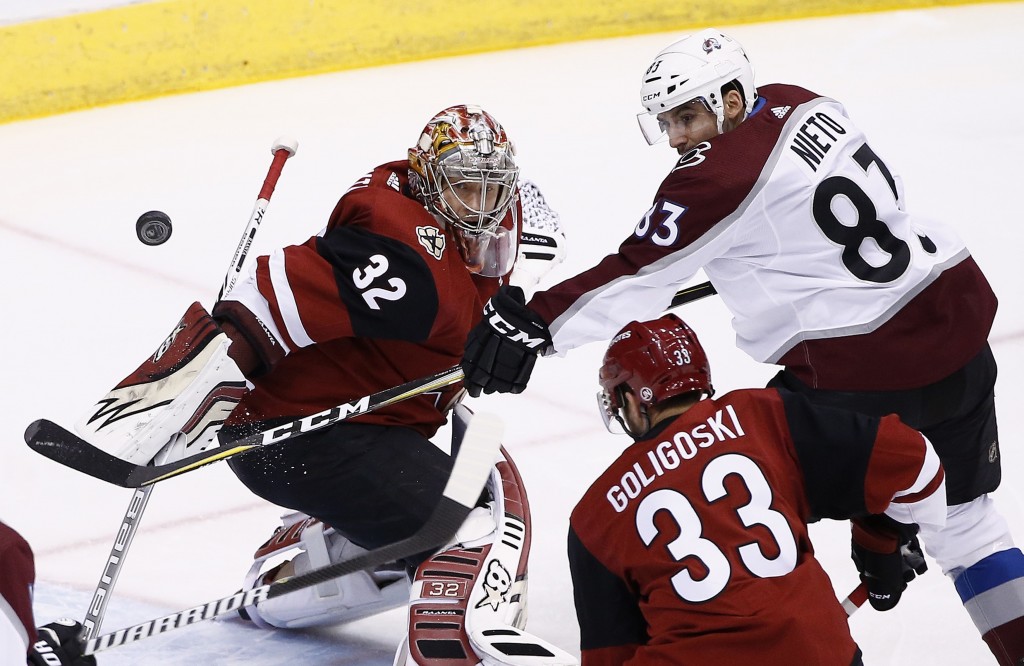 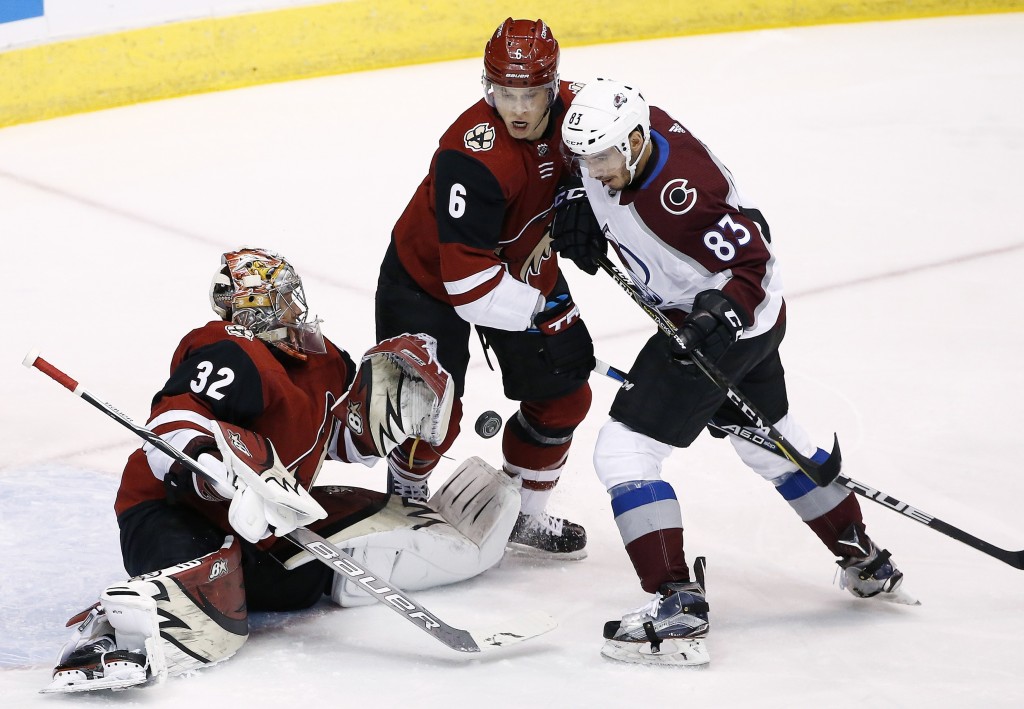 GLENDALE, Ariz. (AP) — Carl Soderberg scored twice, the first to start a four-goal burst in the second period, and the Colorado Avalanche routed the Arizona Coyotes 6-2 on Saturday night.

After Soderberg opened the scoring at 10:20 of the second, J.T. Compher, Nail Yakupov and Matt Nieto added goals in less than four minutes. Sven Andrighetto had a power-play goal in the third, and Soderberg completed the scoring.

The Avalanche have earned at least a point in six of eight games. The Coyotes have lost eight of nine games after ending a seven-game losing streak Friday night with a victory over Washington.

In the second period, Coyotes forward Zac Rinaldo, already playing with a broken nose, drew a match penalty for punching Colorado's Samuel Girard in the face. Just before the punch, Rinaldo delivered a crunching mid-ice hit on Nathan Mackinnon, the Avalanche's scoring leader. A fight broke out after Rinaldo's hit and, after a lengthy delay, three game misconducts were handed out, one to Mackinnon and one each to Rinaldo and Arizona forward Josh Archibald.

The fireworks seemed to ignite the Avalanche, who went on the 3:46 scoring tear.

Soderberg got the first Colorado goal, pinging his shot off the post and into the net.

Compher fired a shot off Coyotes defenseman Jason Demers and past goalie Antti Raanta at 8:24, and Yakupov sent in a backhand from the side with 6:34 to play in the second. Yakupov's eighth goal of the season ended Raanta's night at 16 saves.

Scott Wedgwood replaced Raanta, but it took just 40 seconds for the Avalanche to greet him with their fourth goal of the period. Nieto scored off Blake Comeau's pass at the 5:54 mark.

The Coyotes spent the last 1:57 of the first period on a 4-on-3 power play after penalties to Colorado's Erik Johnson and Gabriel Landeskog 37 seconds apart. But Arizona couldn't score before the period ended.

Johnson logged nine penalty minutes in his return to the lineup after serving a two-game suspension for boarding.

NOTES: Avalanche D Tyson Barrie left in the first period with a hand injury, and did not return. ... D Anton Lindholm was scratched, so Colorado played most of the game with five defensemen. ... Coyotes F Anthony Duclair returned to action after missing the past two games as a healthy scratch. ... F Brendan Perlini was scratched, his first missed game since Oct. 24. ... The Coyotes recalled D Andrew Campbell from Tucson of the American Hockey League on Saturday. D Joel Hanley and forward Nick Merkley were assigned to Tucson, four days after Merkley's NHL debut.