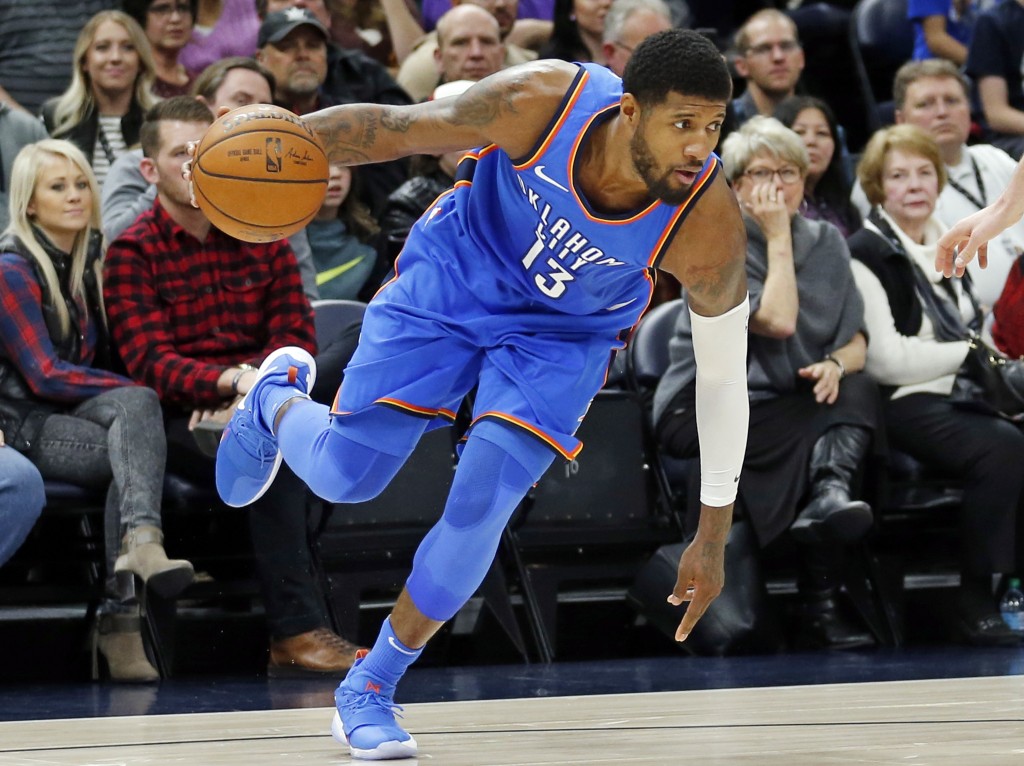 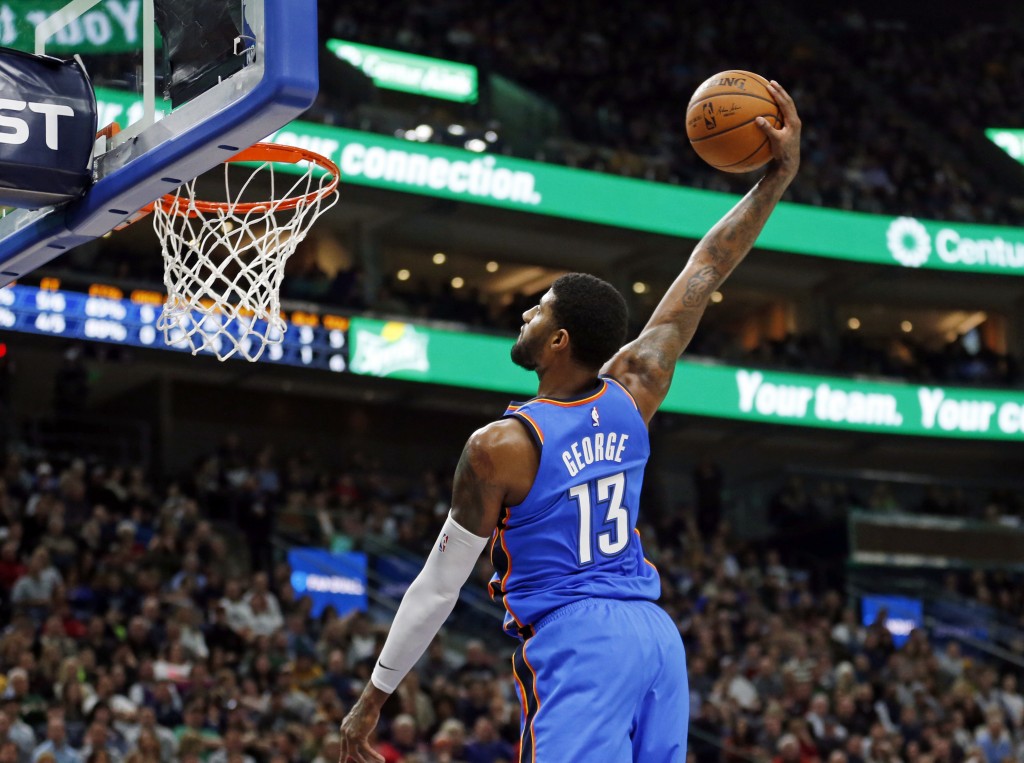 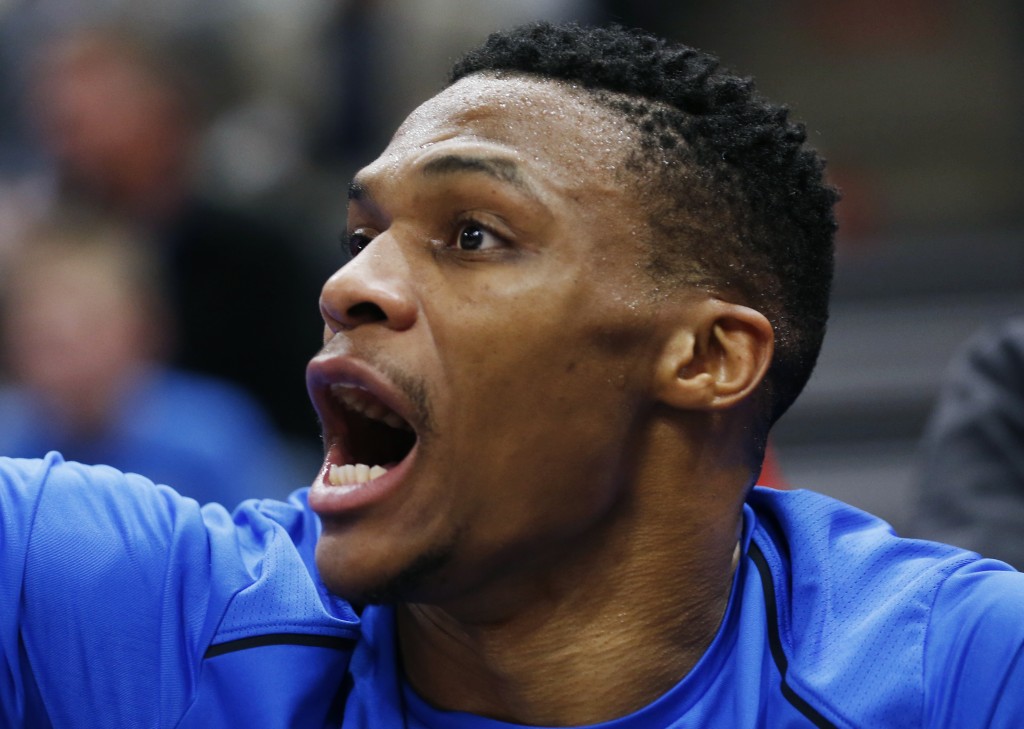 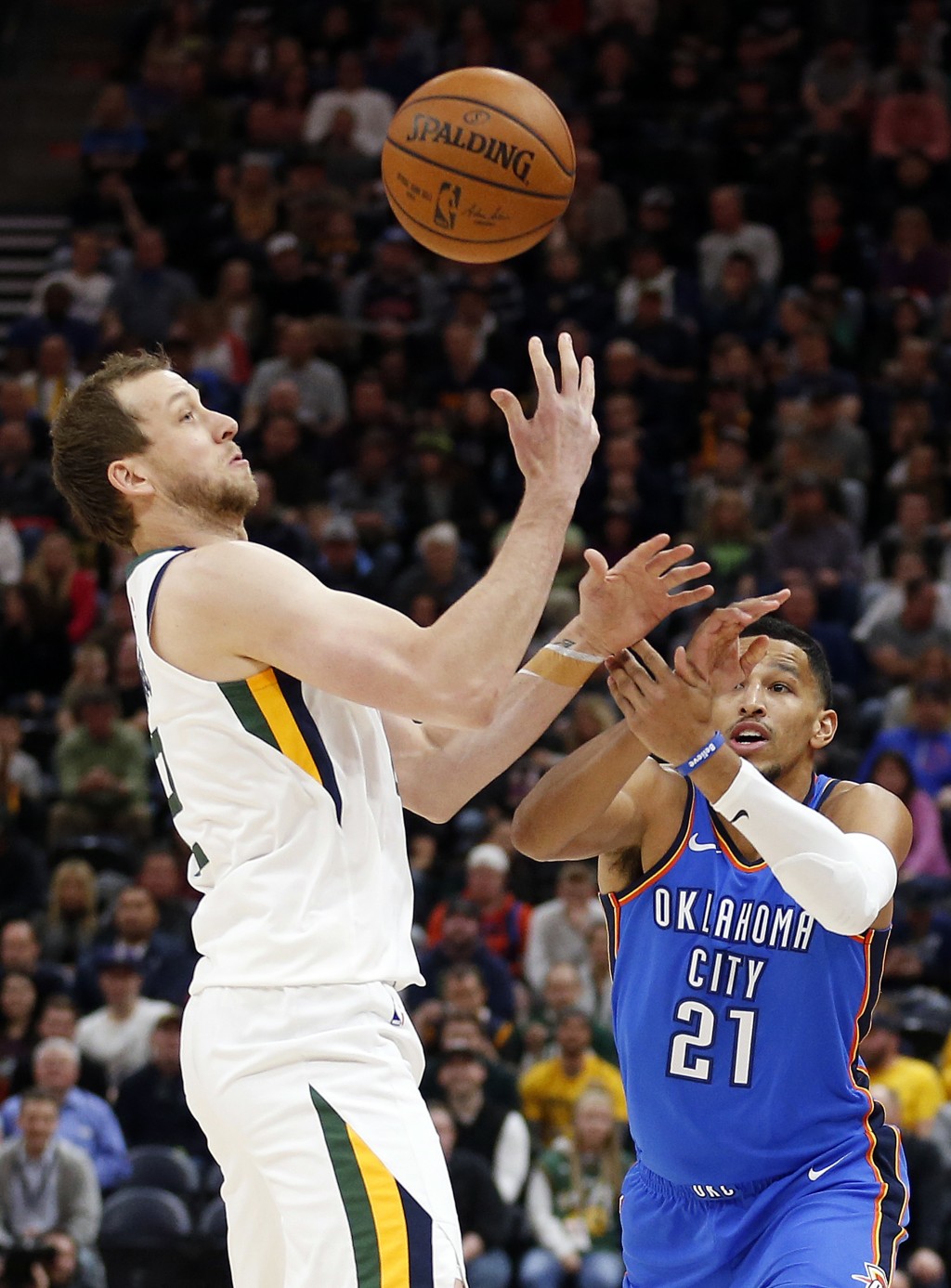 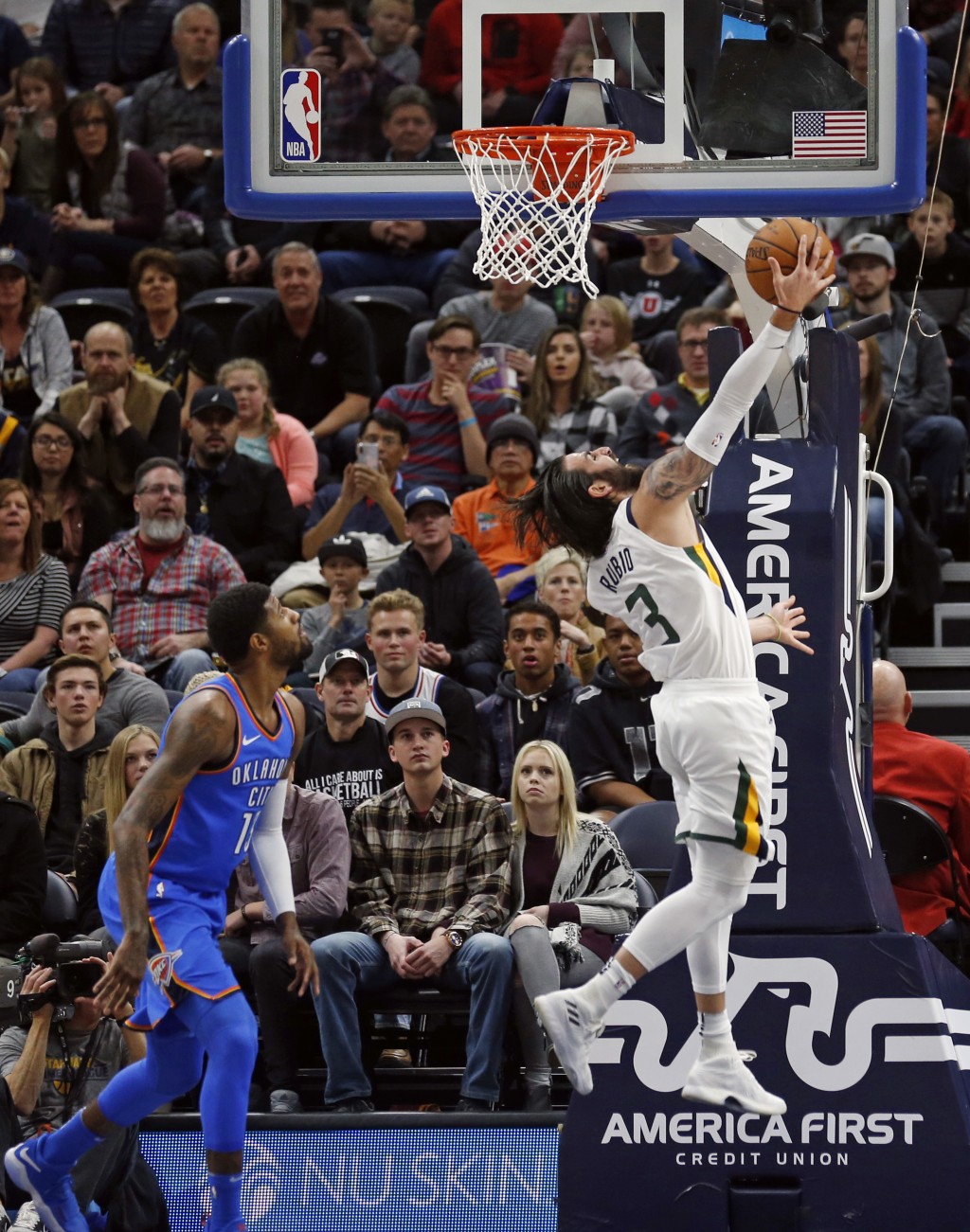 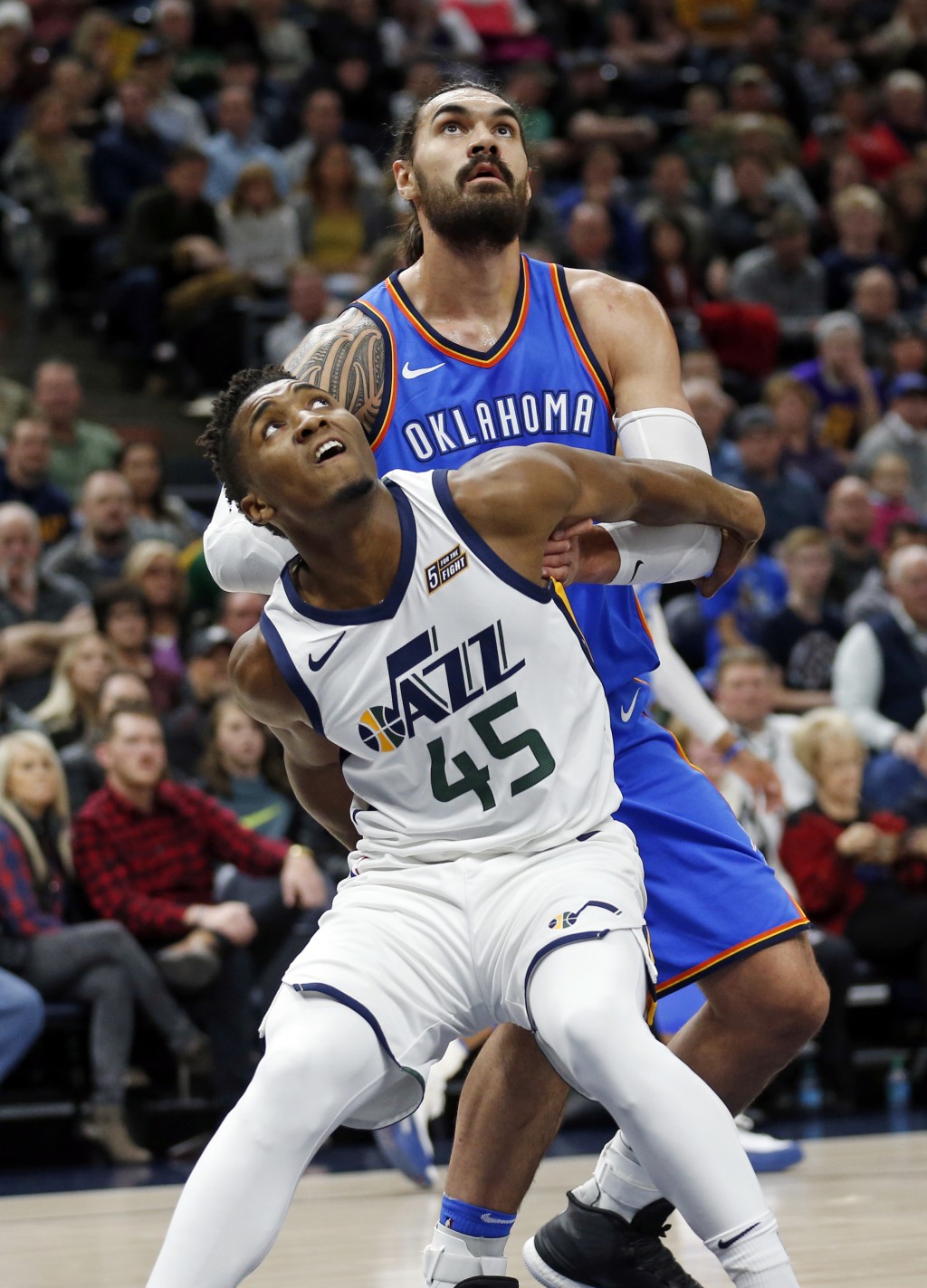 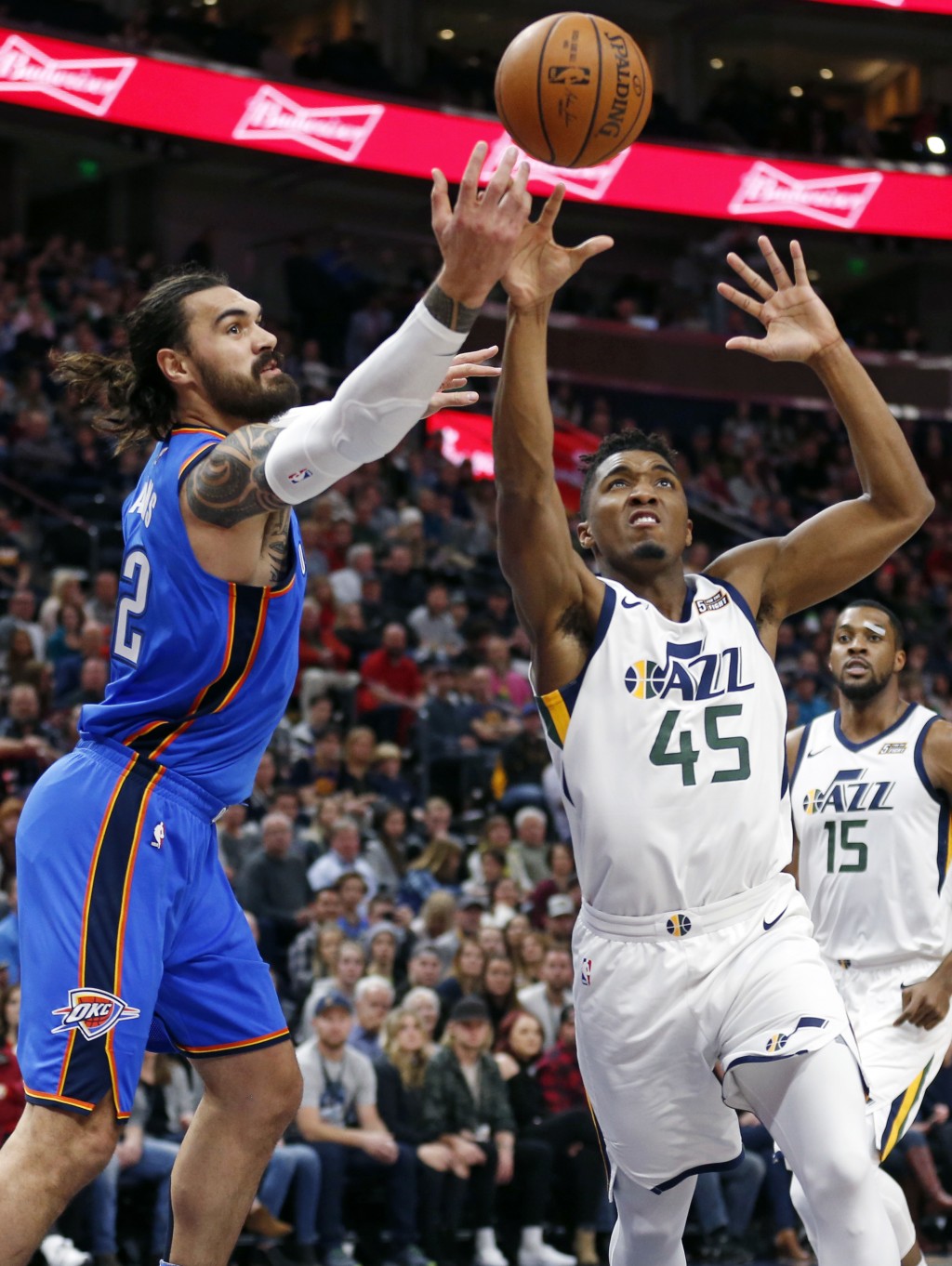 SALT LAKE CITY (AP) — Russell Westbrook had 27 points, 10 rebounds and 10 assists, and the Oklahoma City Thunder won their fourth in a row with a 103-89 victory over the Utah Jazz on Saturday night.

Utah had no answer for the trio of Westbrook, Paul George and Carmelo Anthony.

Westbrook had his 11th triple-double of the season. George had 26 points, five rebounds, six steals and two blocks, and Anthony added 16 points.

Rookie Donovan Mitchell scored 29 points for the after missing the last two games with a big toe contusion.

The Thunder controlled the game most of the night and weren't threatened after a spurt by George and Westbrook that pushed Oklahoma City's lead to 13 in the third quarter. Westbrook's pull-up jumper was lethal, and back-to-back 3-pointers by George seemed to take all the energy from Utah. The Jazz never got closer than nine points the rest of the way.

The Jazz held their only lead of the game at 4-3.

Thunder: Oklahoma City held the Jazz to 23.1 percent shooting from behind the arc.

Jazz: Raul Neto missed his seventh straight game with a concussion. ... Rodney Hood started the game 0 for 7 and finished with nine points after scoring 29 on Thursday.

The Thunder entered the night having won 9 of 12 as Westbrook, George and Anthony have gotten more comfortable playing together.

"I still think we're going to continue to grow and get better," Thunder coach Billy Donovan said. "These guys are working hard to try to figure it out. They've all played a certain way for their entire careers, and they all have to adjust because when you play, you're playing inside of a team. It requires adjusting. And sometimes those adjustments are hard.

"In a lot of ways they're being taken out of their element and being asked to do things maybe they haven't had to do before. ... When you get inside of a team, you have to play to the identity of what's going to best suit the team."

Thunder: Host James Harden and the Houston Rockets on Monday.

Jazz: Travel to face the Denver Nuggets on Tuesday.