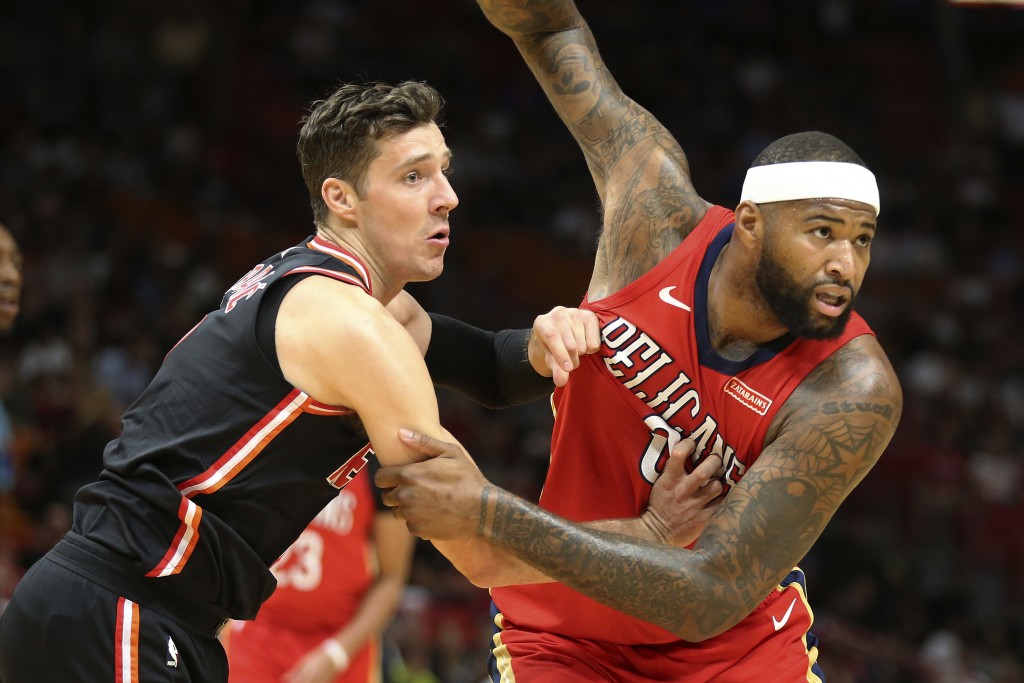 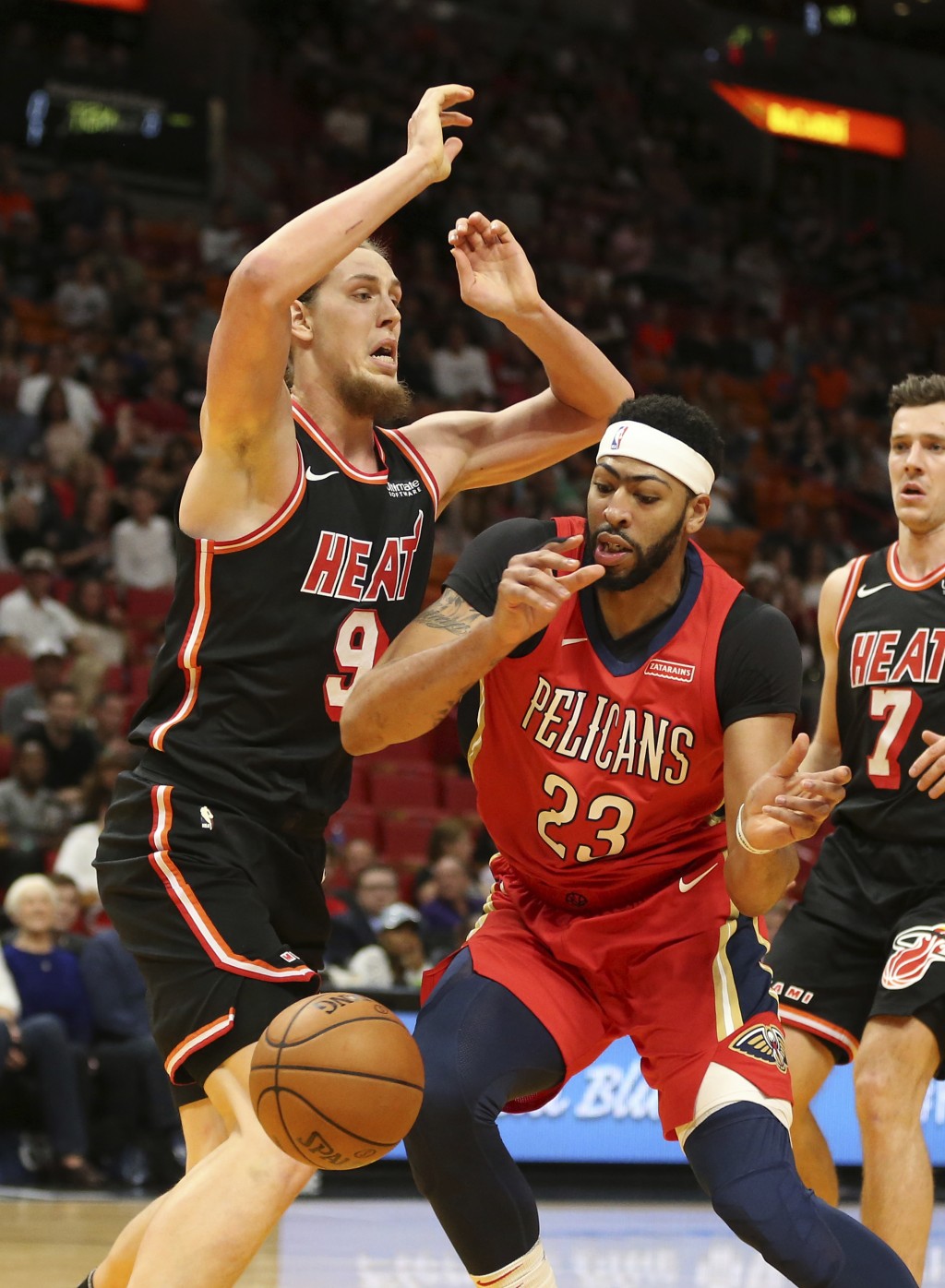 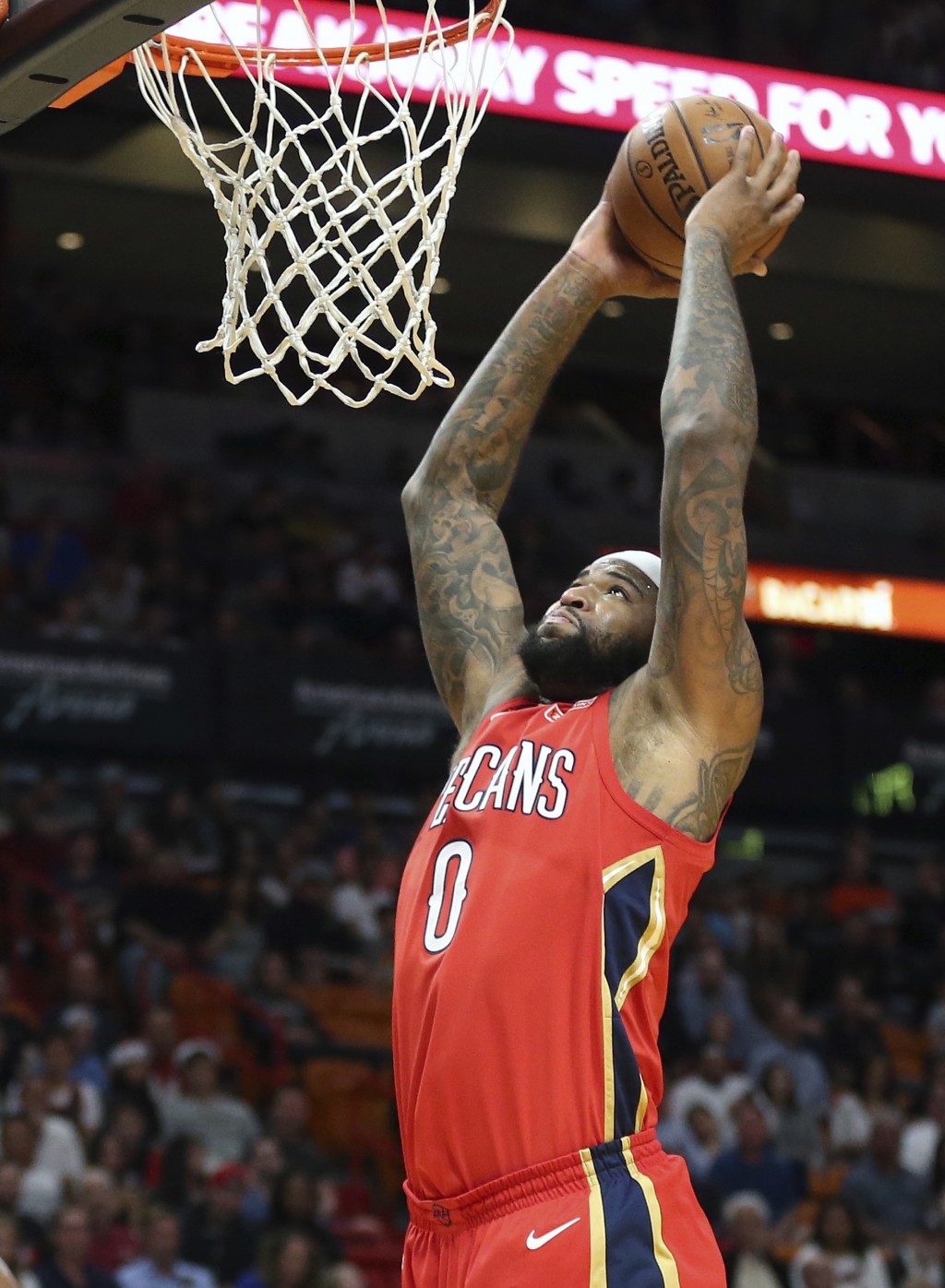 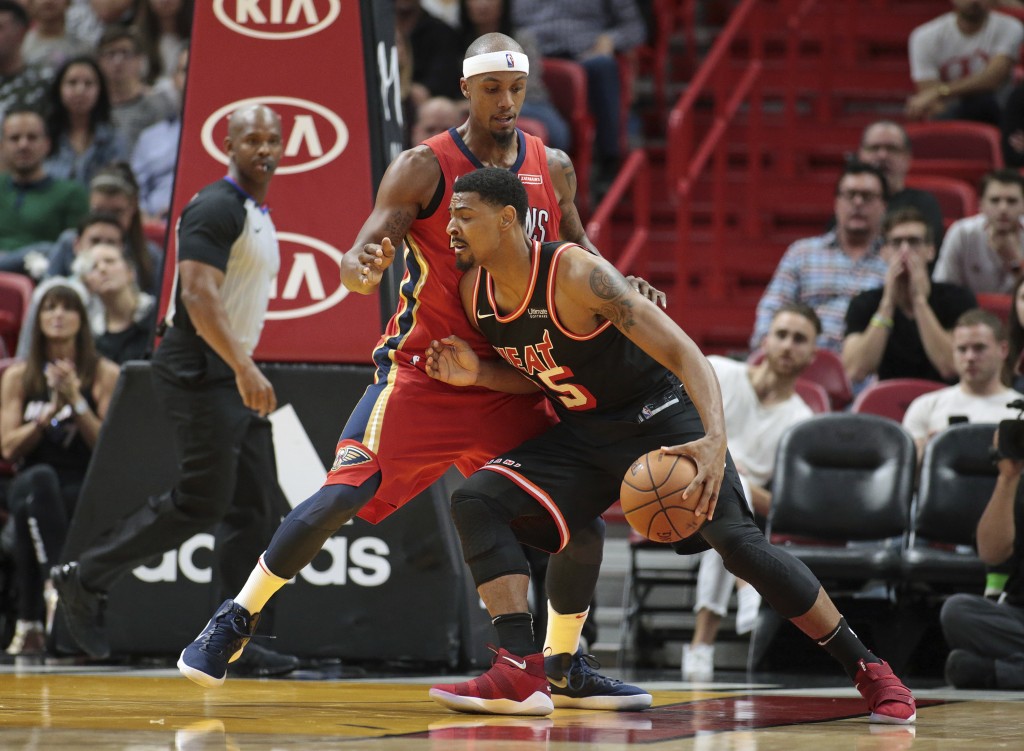 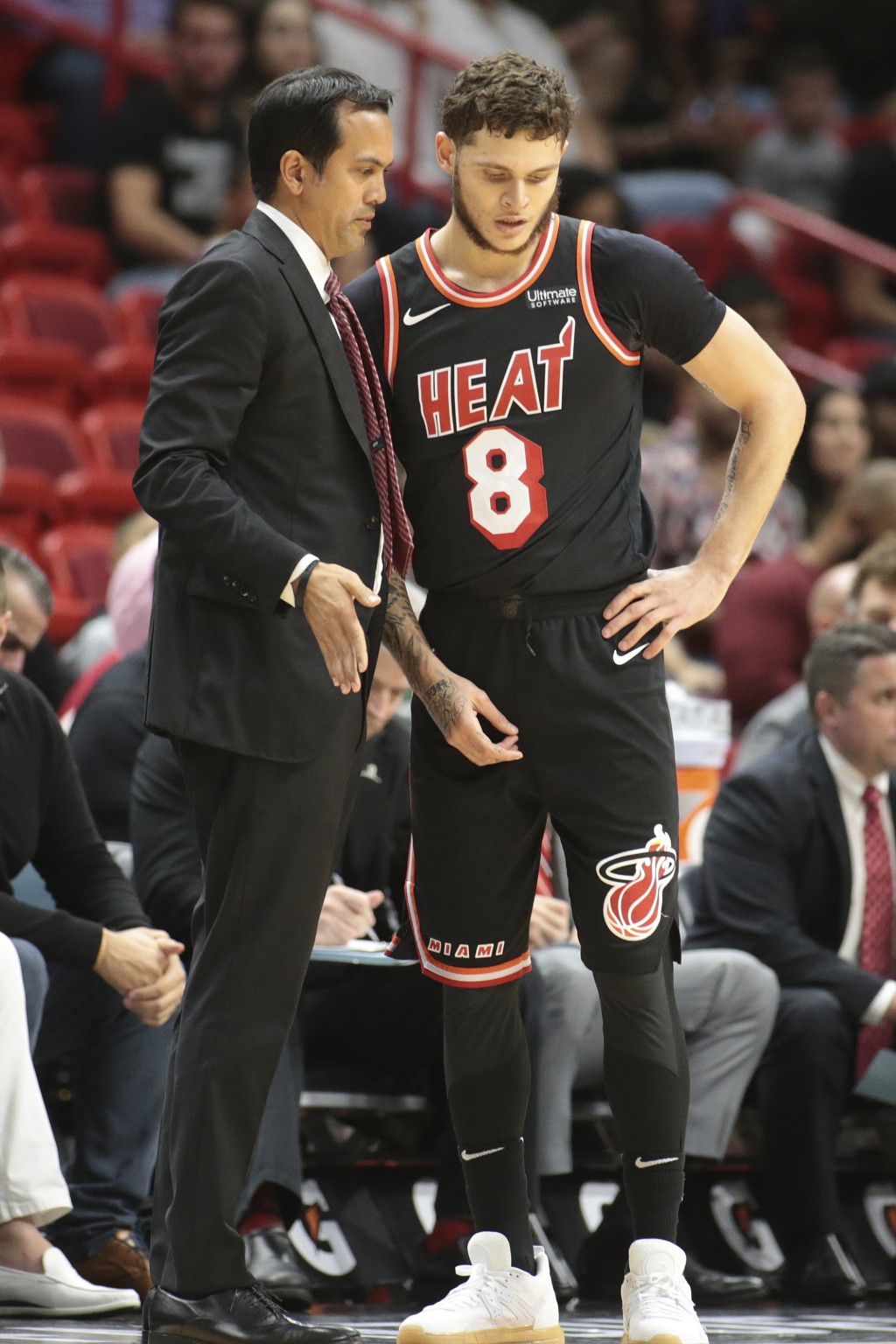 DeMarcus Cousins had 16 points, eight assists and seven rebounds for the Pelicans, who were 15 for 25 from 3-point range and shot 53 percent overall.

E'Twaun Moore scored 15 and Jrue Holiday had 13 for New Orleans.

Tyler Johnson scored 20 points for Miami, which got outscored 27-16 in the third quarter and saw the game quickly slip away. A 17-2 run put New Orleans up by 17 late in the third, and the outcome was not in doubt from there.

Goran Dragic scored 13 and Josh Richardson had 12 for Miami.

The law of averages was not kind to Miami — in multiple ways.

A night after the second-best shooting game in franchise history, Miami sputtered big-time and shot 42 percent. And coming off a 16-for-25 effort from 3-point range in that win over Dallas, the Heat went 10 for 32 from behind the arc.

They were apparently due to go cold.

And Cousins and Holiday were apparently due to win in Miami.

Holiday was never part of a victory in any of his first 14 appearances at Miami (and had been 2-23 overall when facing the Heat). Cousins had played in Miami seven times, also with no wins.

Miami got Dragic and James Johnson back from injuries — albeit briefly in Johnson's case. He aggravated his case of right ankle bursitis and left after eight minutes, eventually retreating to the locker room for treatment and not returning. Dragic was also clearly laboring, wearing a sleeve on his strained left elbow and flexing it often.

Miami played again without Hassan Whiteside and Justise Winslow, and now Dion Waiters could miss multiple games with another sprained left ankle — the one that caused him to miss the final 13 games of last season.

Pelicans: It was New Orleans' 44th and final road game of 2017. The Pelicans went 18-26 in those contests. ... Cousins' streak of eight consecutive games with at least 23 points ended. ... The Pelicans love working weekends. They're 5-1 on Saturdays this season, 2-0 on Sundays.

Heat: Miami still has not had more than two consecutive home wins this season. ... Udonis Haslem got in for the second consecutive night and immediately made an impact, drawing three fouls in his first two minutes on the court.

Pelicans coach Alvin Gentry, who briefly was coach of the Heat in 1995, still has high regard for the franchise — and lauded the way Miami has handled all its injury woes. "The personality of this team is that they play extremely hard," Gentry said. "They really don't worry about who's not playing. They worry about who is playing."

With Whiteside out, the Heat relied in large part on Kelly Olynyk and Jordan Mickey for defense against Davis and Cousins. Olynyk got his fourth foul early in the third, and Mickey had five fouls by the end of the third.