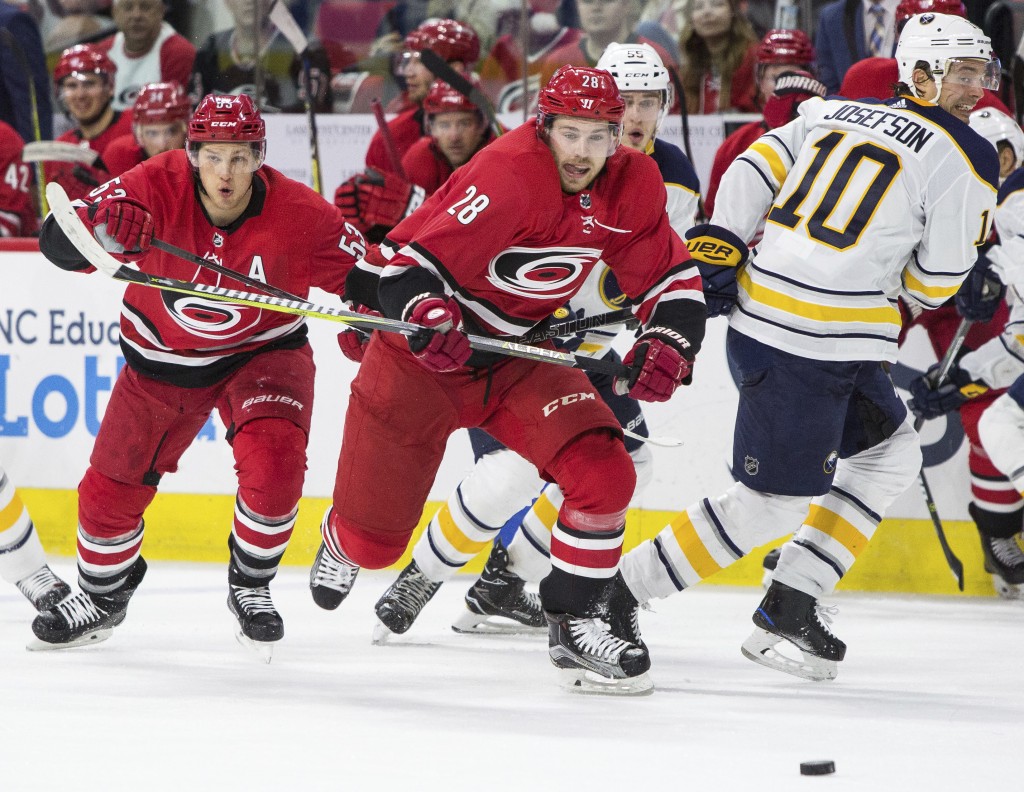 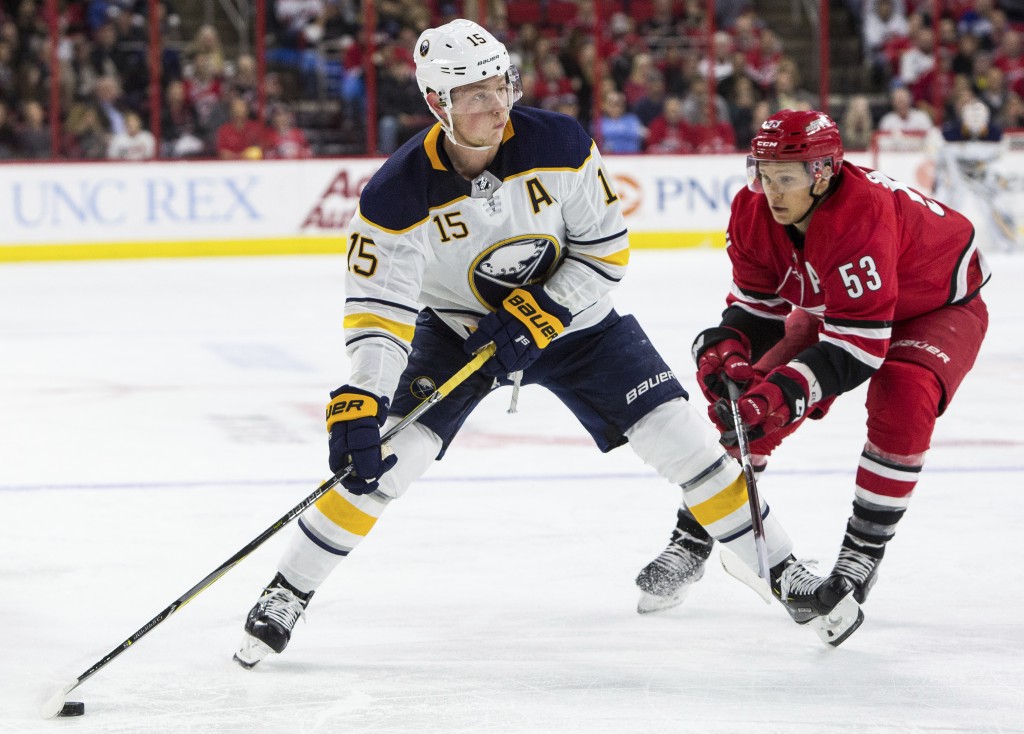 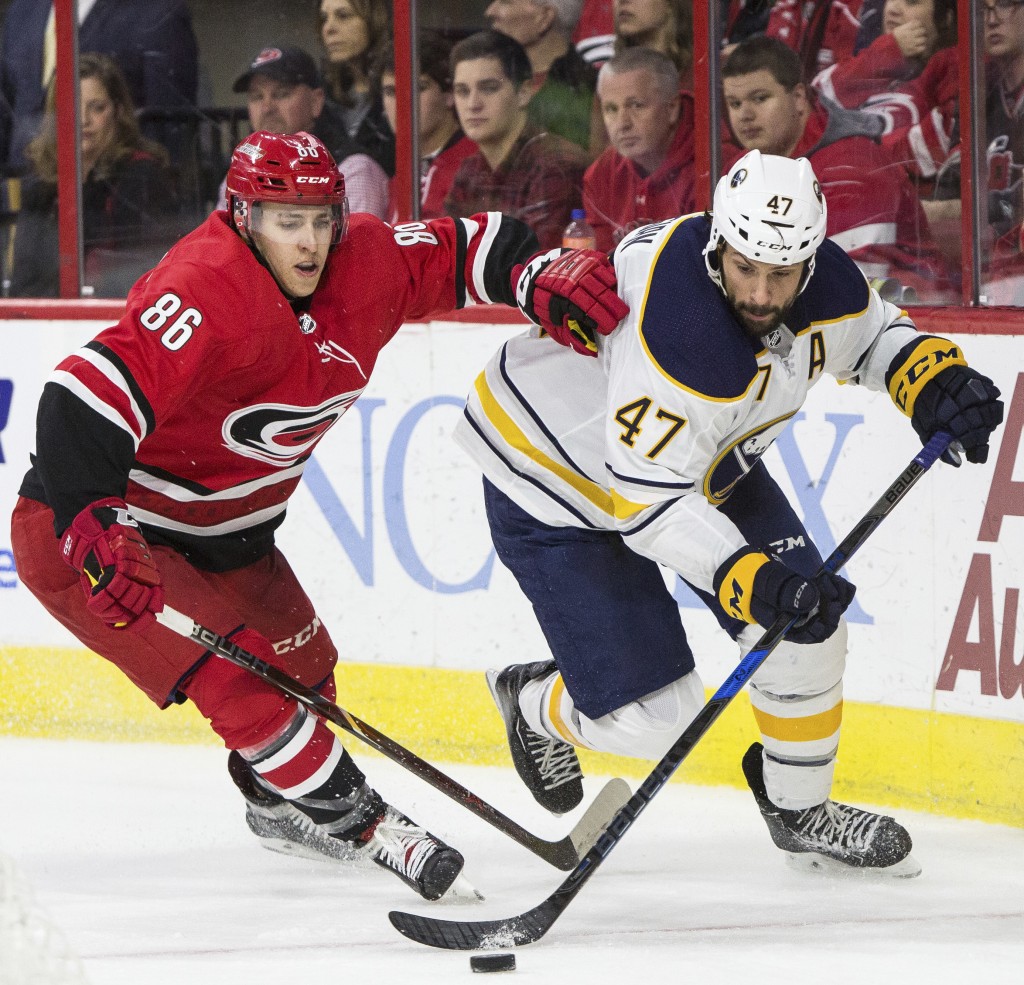 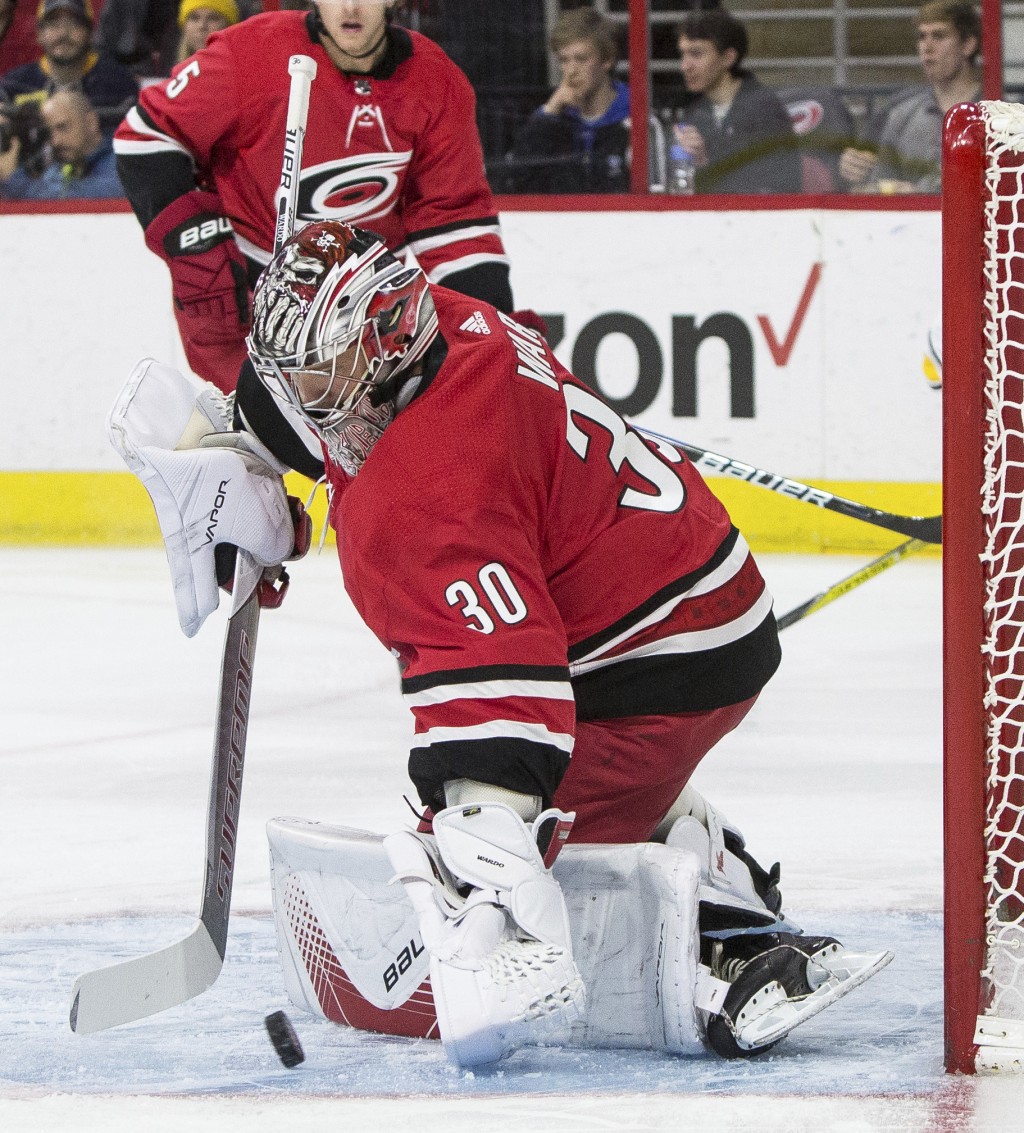 Carolina has won five of its last six games and has points in seven of the past nine. Sebastian Aho and Jordan Staal also scored for the Hurricanes, and Cam Ward made 20 saves.

Faulk scored both of his goals in the second, helping Carolina to a 4-1 lead. The defenseman had no goals and five assists in his previous 24 games.

Nathan Beaulieu and Zemgus Girgensons scored for Buffalo, and Jack Eichel had two assists. The Sabres have allowed four or more goals in regulation 16 times this season.

Aho got his eighth of the season 33 seconds into the first. It was third time in franchise history that Carolina scored an opening-minute goal in consecutive games.

With the Hurricanes enjoying a 5-on-3 power play, Staal made it 2-0 at 1:53 of the second. Beaulieu responded with his first of the season, but Teravainen helped set up Faulk to make it 3-1 at 4:35.

Chad Johnson made 34 saves for Buffalo.

NOTES: Ryan O'Reilly did not play for Buffalo. The team announced about 45 minutes before the puck drop that O'Reilly, the team's third-leading scorer, had flown back to Buffalo for family reasons. ... Buffalo is 2-15-2 when its opponent scores first. ... The Hurricanes are 14-3-2 when scoring first. ... Carolina won 33 of 44 face-offs in the first two periods.