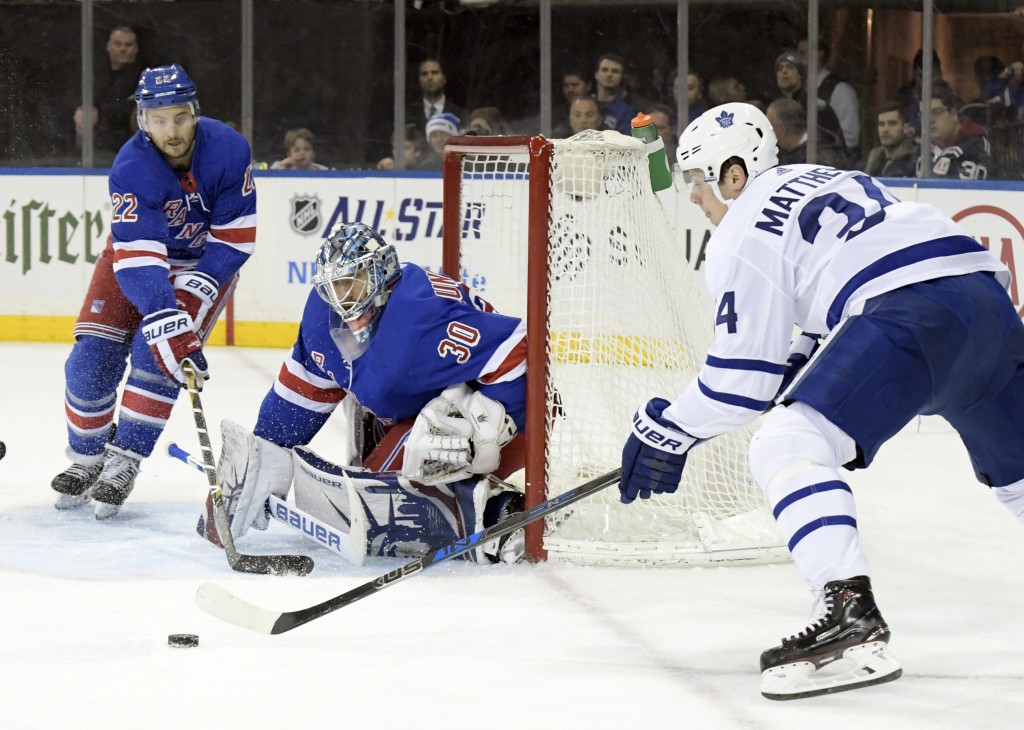 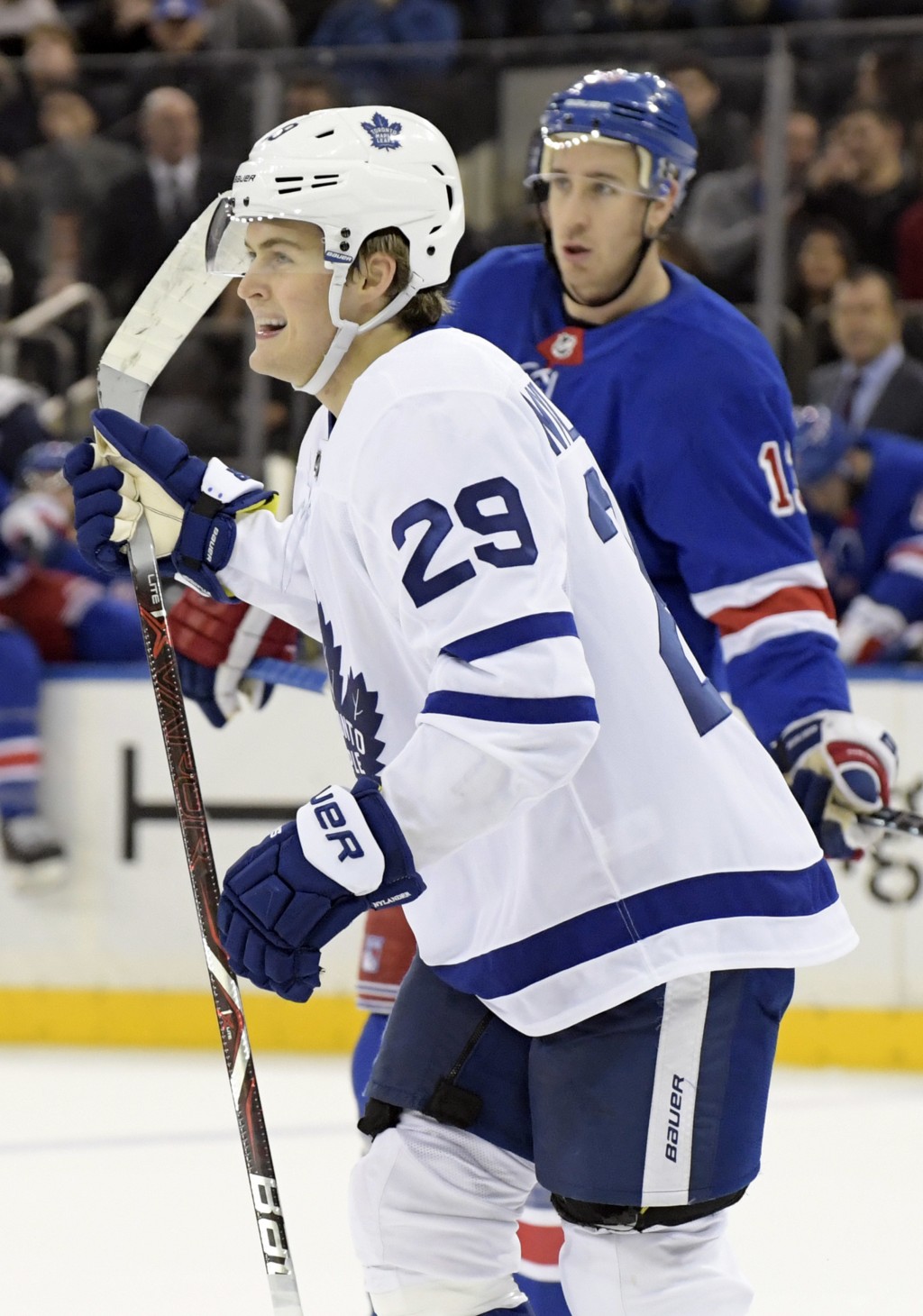 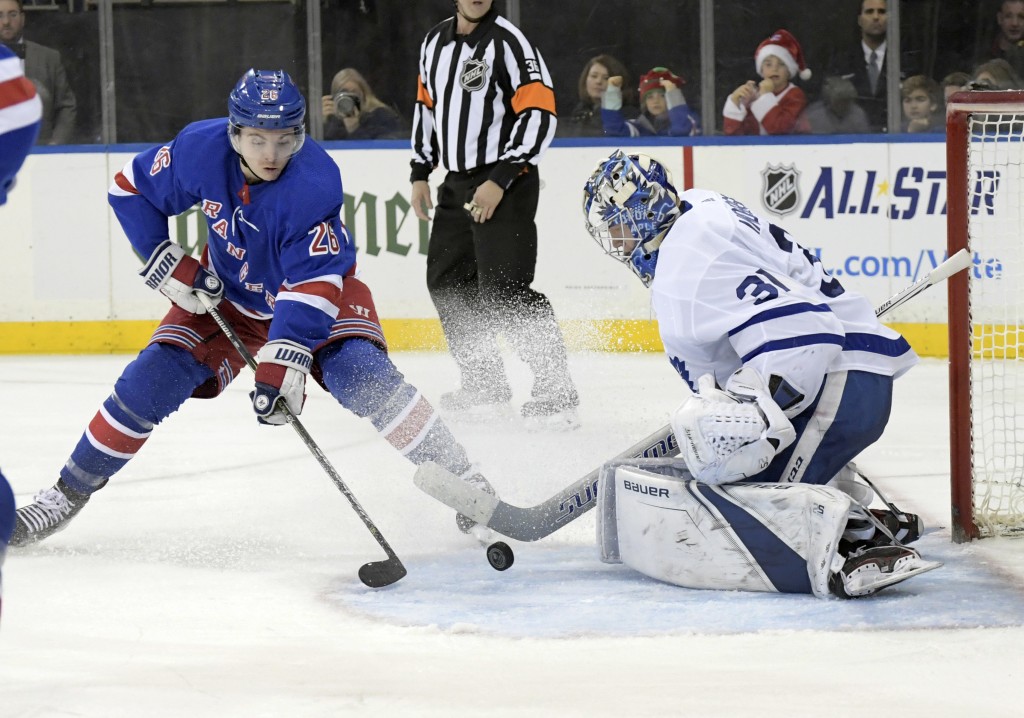 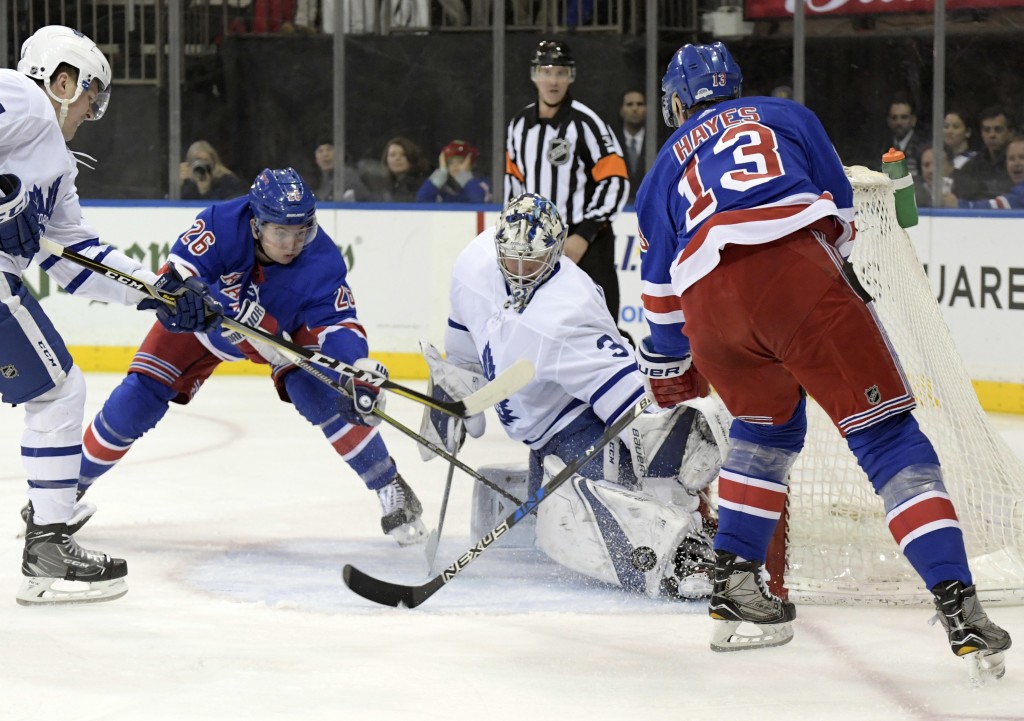 NEW YORK (AP) — Auston Matthews had a goal and an assist in his return from a concussion to help the Toronto Maple Leafs beat the New York Rangers 3-2 on Saturday night.

Matthews sat out the previous six games. The top pick in the 2016 draft made a pretty move just outside the crease to give the Maple Leafs a 3-1 lead at 11:22 of the second period. Zach Hyman and William Nylander assisted on the play.

Jimmy Vesey and J.T. Miller scored for the Rangers, and Henrik Lundqvist made 24 saves. New York dropped only its third game at Madison Square Garden in the last 15 contests.

The Rangers appeared to have tied it at 3 at 12:09 of the third period. Michael Grabner snuck a shot between Anderson's pads. However, Toronto coach Mike Babcock challenged the play and the call was overturned after the referees determined Kevin Hayes was offside.

Nylander scored the game's first goal at 17:14 of the opening frame when Matthews delivered a backhand pass to set up a one-timer. Matthews missed a point-blank opportunity moments before he set up Nylander.

Vesey was able to steal the puck from Andersen to make it 2-1 at 2:37 of the second period. Vesey banked the puck in off Andersen as he tallied his eighth of the season and extended his point streak to three games.

Maple Leafs defenseman Hainsey scored a power-play goal 50 seconds into the second period to give Toronto a 2-1 lead. The veteran defenseman blasted a one-timer from the right point while James van Riemsdyk provided a screen in front. Lundqvist argued he was interfered, however Rangers coach Alain Vigneault chose not to challenge the play.

Late in the second period, Lundqvist mishandled the puck which led to a Nazem Kadri scoring chance at 19:36 of the second period. Lundqvist appeared to have made the save while standing behind the crease. After a video review, the referee's announced the call of no goal on the ice would not be overturned.

Pavel Buchnevich made a no-look backhand pass to Miller when the Rangers scored their second goal at 11:25 of the third period. Miller extended his individual point streak to six games against Toronto.