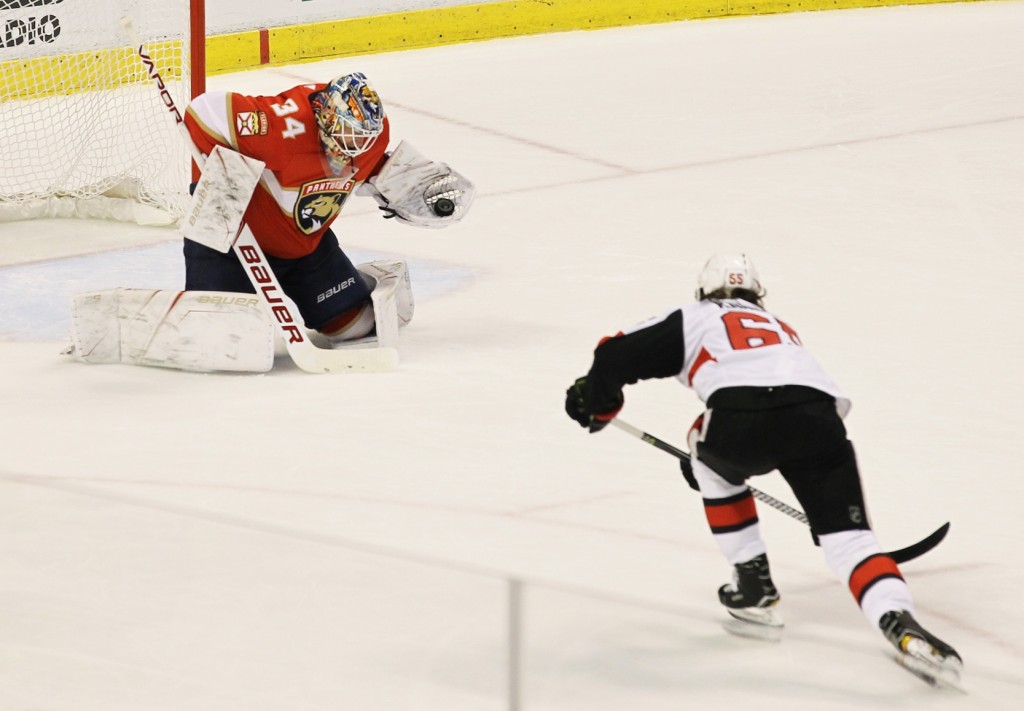 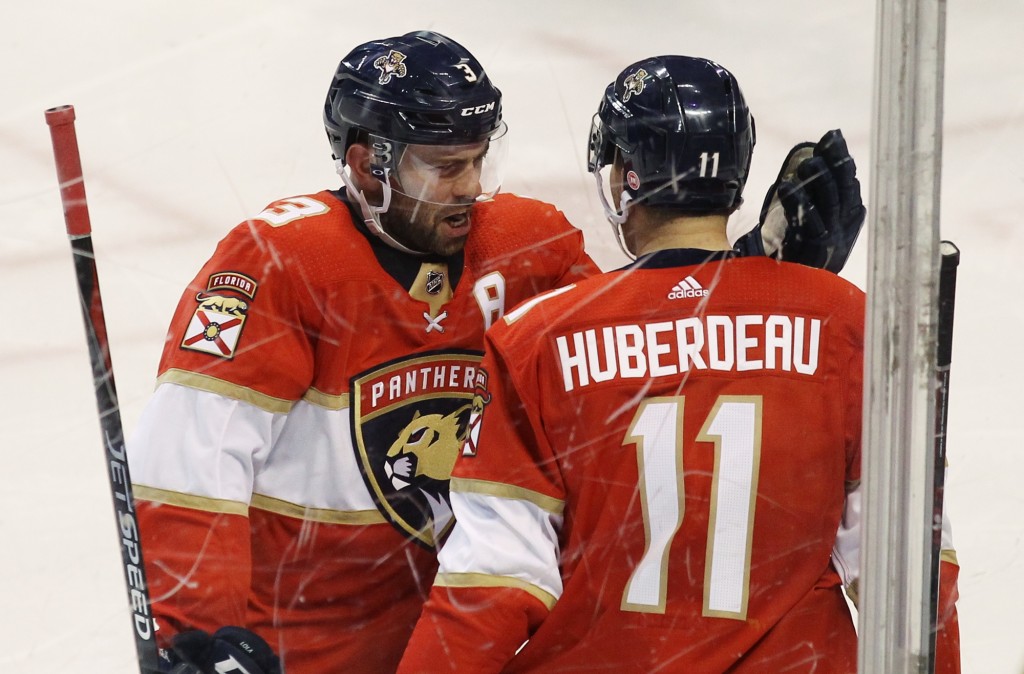 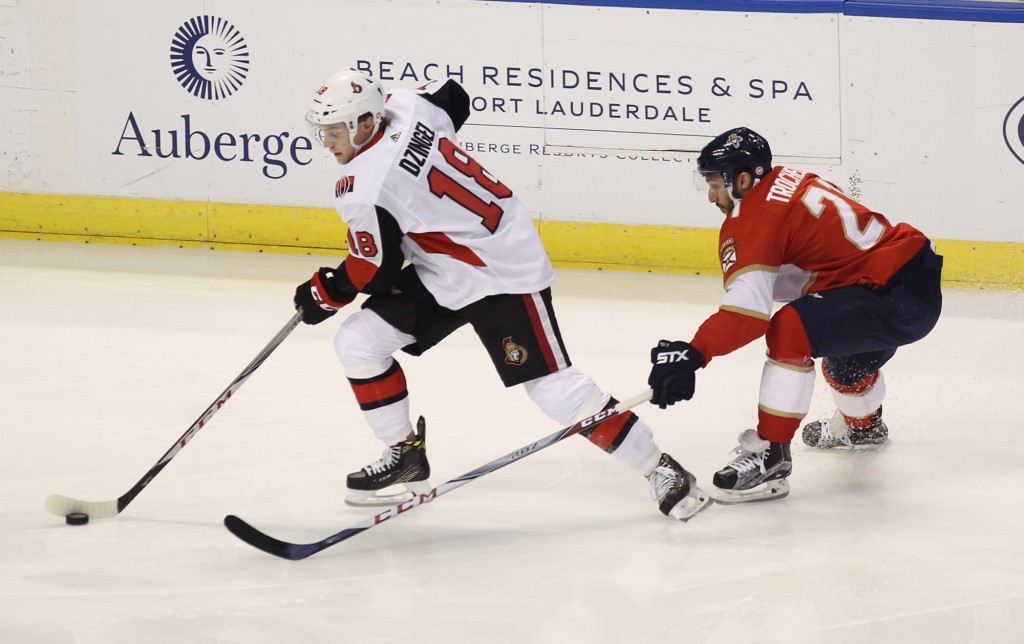 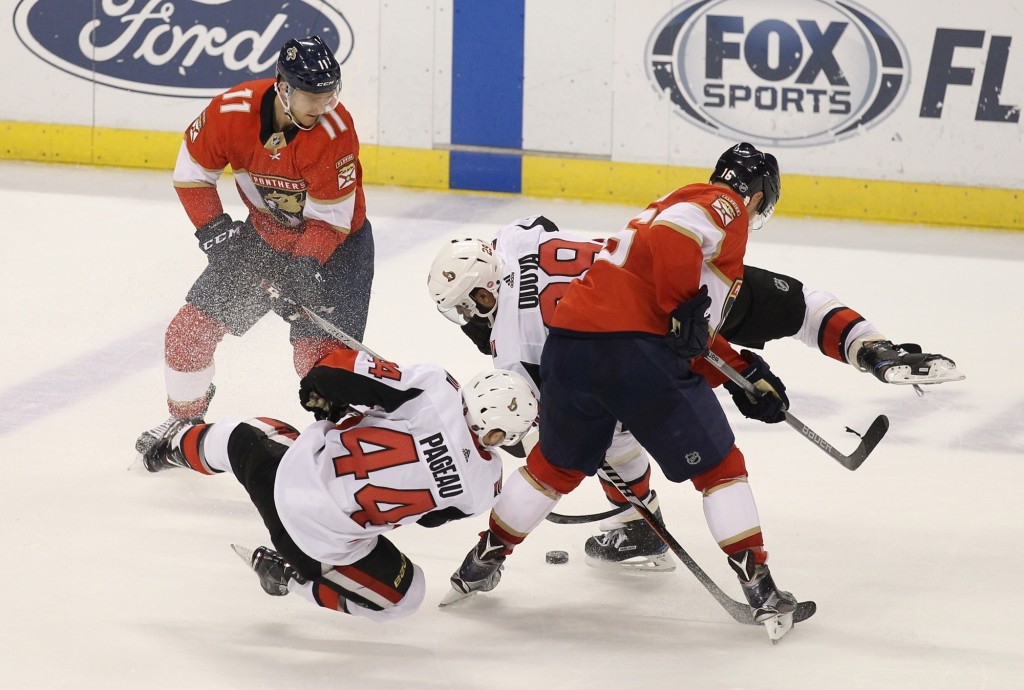 SUNRISE, Fla. (AP) — James Reimer made 38 saves for his first shutout this season, Jonathan Huberdeau scored in the second period and the Florida Panthers beat the Ottawa Senators 1-0 on Saturday night.

Reimer got his first shutout since April 9 at Washington. He was playing in his ninth straight game and second in two nights after beating Minnesota 4-2 on Friday.

Huberdeau sent a wrist shot past Condon after a cross-ice pass from Nick Bjugstad from just inside the blue line. Huberdeau also scored twice Friday.

Florida's best opportunity to extend the lead came with just over nine minutes remaining, when Evgenii Dadonov had a short breakaway, but his shot bounced off Condon's right arm. Bjugstad then had a chance at a tip-in, but that grazed off Condon's pads.

NOTES: Ottawa G Craig Anderson has been battling an illness, prompting the Senators to recall G Danny Taylor from Belleville of the AHL. ... Senators D Dion Phaneuf missed his second game to be with wife Elisha after the birth of their daughter Zaphire on Thursday. ... Huberdeau's sister Josiane Huberdeau sang the Canadian national anthem before the game.