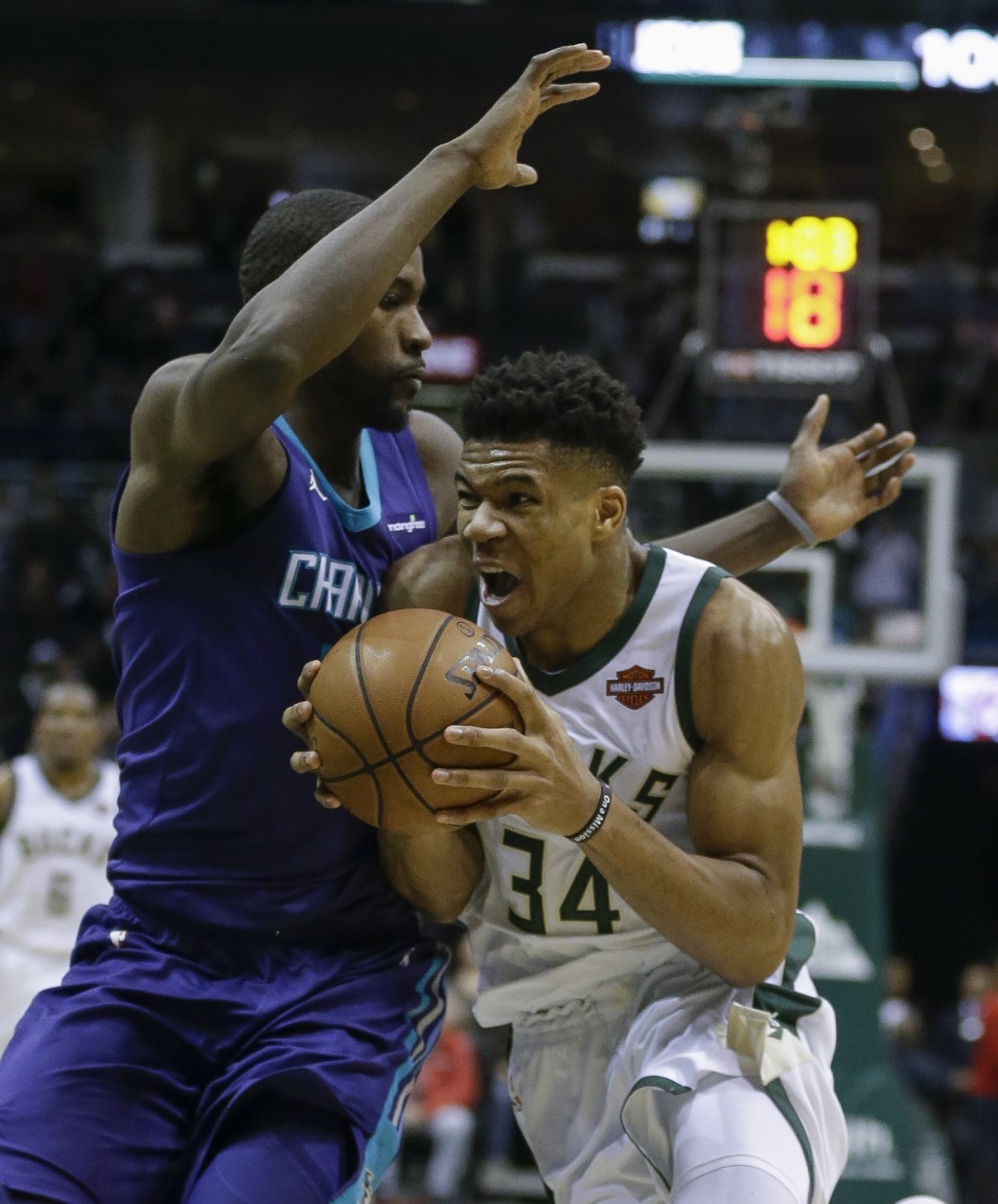 CHARLOTTE, N.C. (AP) — The Bucks have announced that All-Star forward Giannis Antetokounmpo will not play against the Charlotte Hornets because of right knee soreness.

Antetokounmpo played against the Hornets in Milwaukee on Friday night and had 26 points and seven rebounds while playing 36 ½ minutes in Milwaukee's 109-104 victory. But Milwaukee coach Jason Kidd said Antetokounmpo developed soreness in the knee after the game and wouldn't be able to play on the second night of a back-to-back.

Antetokounmpo enters the game second in the NBA in scoring, averaging 29.6 points per game.

Matthew Dellavedova will get the start for the Bucks.