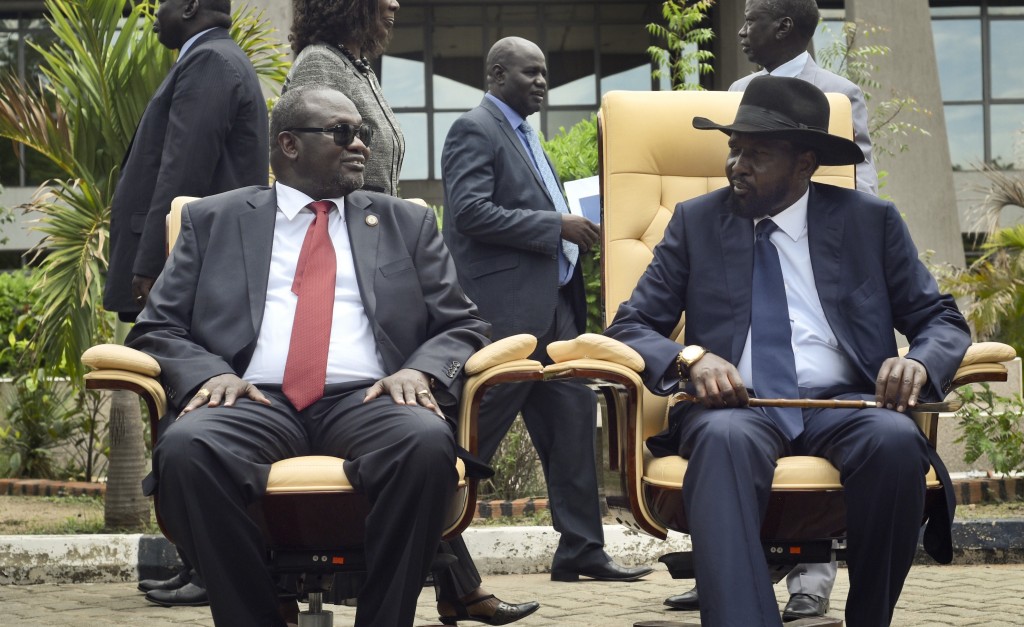 JOHANNESBURG (AP) — A cease-fire by South Sudan's warring sides began just after midnight Sunday amid concerns over whether this latest attempt at peace will hold.

The agreement signed Thursday after internationally brokered talks is an effort to salvage a 2015 peace deal. The United States has called the agreement "the last chance for the implementation of the peace process."

South Sudan's civil war is entering its fifth year and no one knows how many tens of thousands of people have been killed. Parts of the East African nation are on the brink of starvation and well over one million people have fled to neighboring countries.

Earlier this month, the U.N. Security Council warned of "costs or consequences" for South Sudan's government and opposition if they undermine efforts to implement the 2015 peace deal. Consequences could include further sanctions.

Under the new agreement, the warring sides also committed to grant badly needed humanitarian access to conflict-affected areas and to release prisoners of war, political prisoners and abducted women and children.

A spokesman for the opposition, Lam Paul Gabriel, has told The Associated Press they will respect the agreement but said the rebels were ready to defend themselves if the government did not.

"I doubt if it will hold but we will abide by it as we have always done," he said.

South Sudan plunged into ethnic violence in December 2013, just two years after a long-fought-for independence from Sudan, when forces loyal to President Salva Kiir, a Dinka, started battling those loyal to his former vice president, Riek Machar, a Nuer.

The U.N. and others have warned against ethnic violence and other abuses, including the recruitment of children as soldiers and the widespread use of sexual violence as a weapon of war.