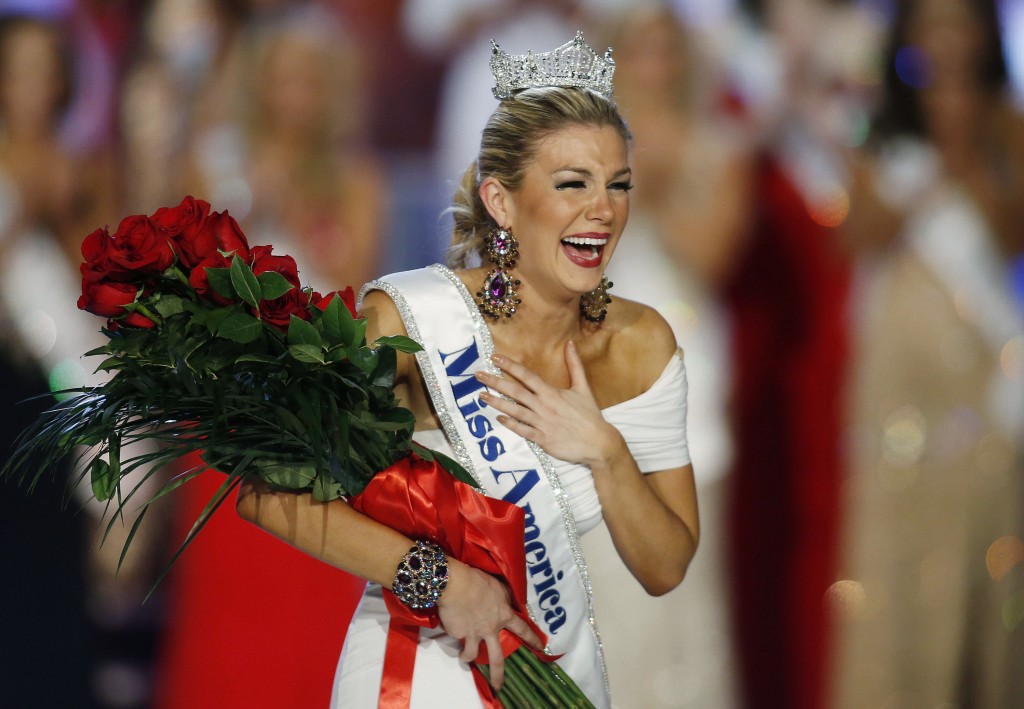 ATLANTIC CITY, N.J. (AP) — The top leadership of the Miss America Organization has resigned, sweeping out officials implicated in an email scandal that targeted past pageant winners for abuse based on their appearance, intellect and sex lives.

CEO Sam Haskell resigned from the Atlantic City-based organization on Saturday, a day after he was suspended by the board. Also on Saturday, President Josh Randle and Chairman Lynn Weidner resigned.

The organization announced the resignations a day after dozens of former Miss Americas signed a petition calling on the group's leadership to step down.

The emails were leaked to the Huffington Post, which first reported on them Thursday. Haskell said he made "a mistake of words."

Haskell's resignation is effective immediately, while Randle and Weidner will remain for a few weeks to help with a leadership transition.

In separate statements, the Miss America board confirmed the resignations of Randle, who became president in May and at 29 was the youngest to hold that position with the organization, as well as Haskell and Weidner.

Several of the emails targeted Mallory Hagan, who won the 2013 pageant, claiming she had gained weight after winning and speculating about how many men she had sex with.

The emails already cost the pageant its television production partner and raised questions about the future of the nationally televised broadcast from Atlantic City's Boardwalk Hall the week after Labor Day each year. dick clark productions told The Associated Press on Thursday that it cut ties with the Miss America Organization over the emails, calling them "appalling."