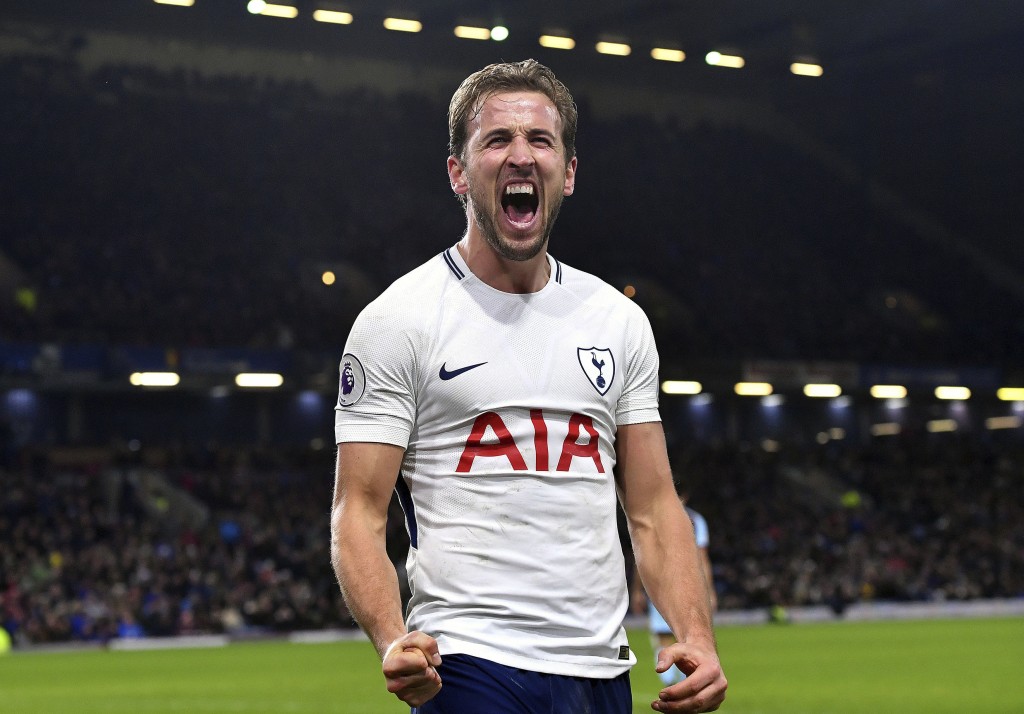 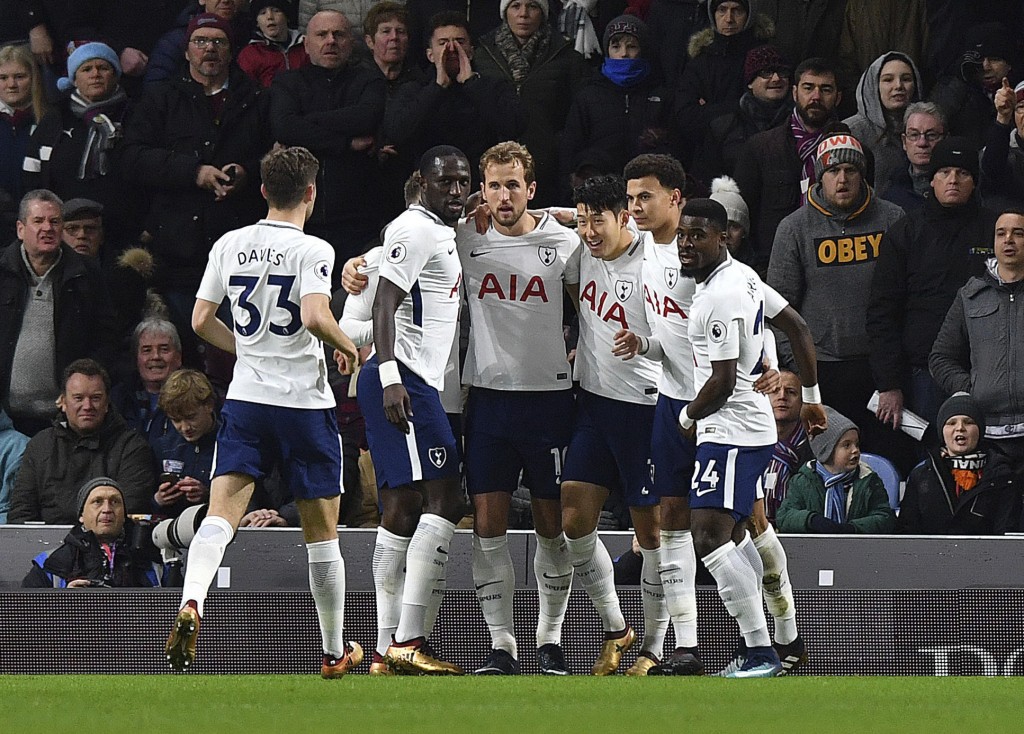 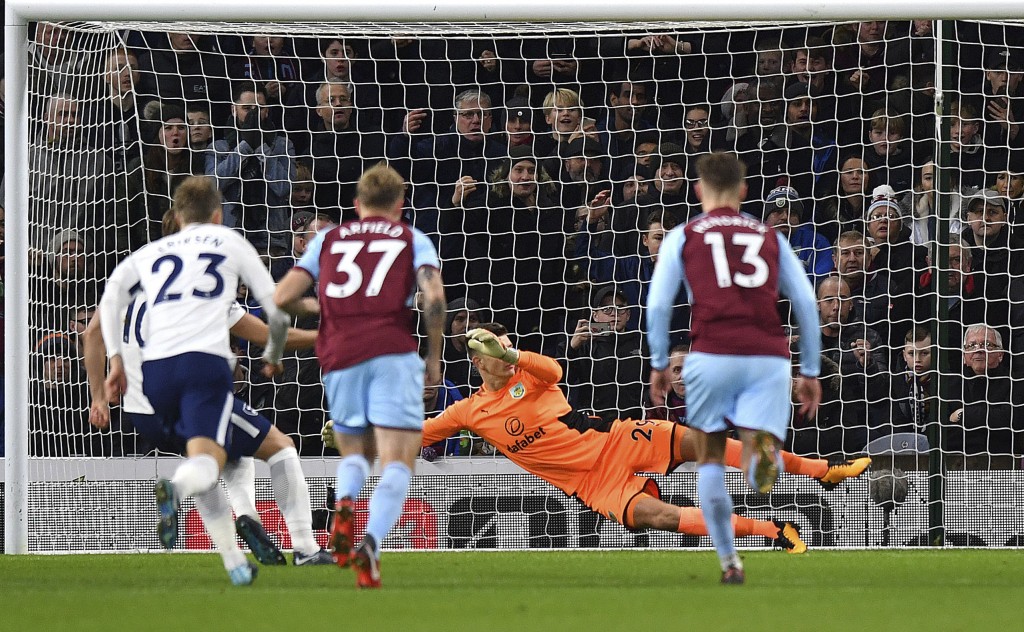 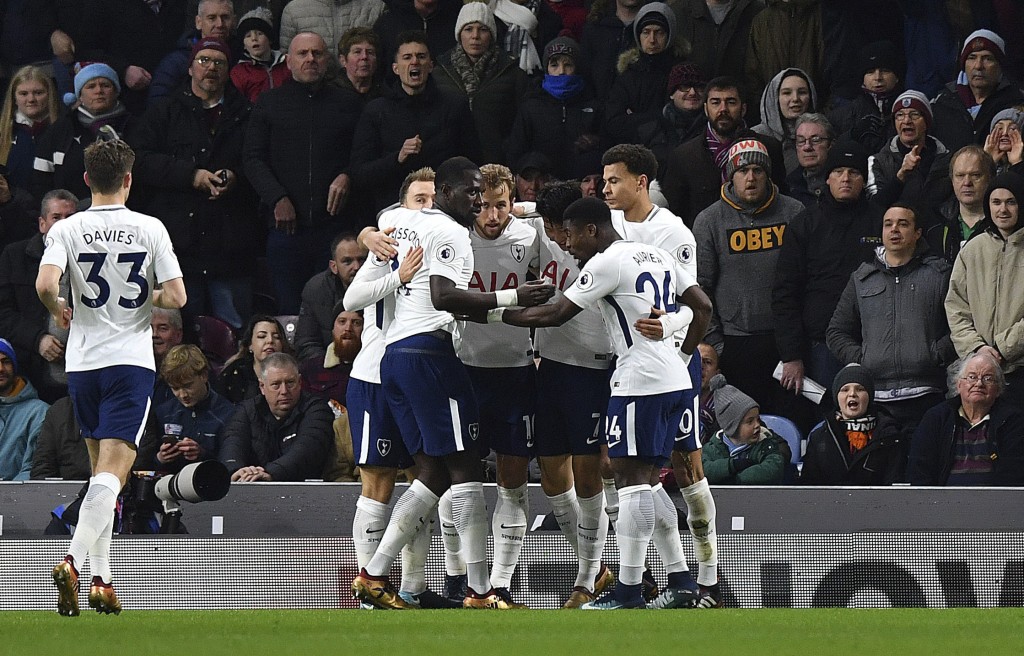 BURNLEY, England (AP) — Harry Kane scored a hat trick for Tottenham in a 3-0 win at Burnley on Saturday to equal Alan Shearer's English Premier League record of 36 goals in a calendar year.

Kane converted an early penalty and struck twice more in the second half to match Shearer's feat from 1995.

Success for Tottenham halted a run of five Premier League games on the road without a win and saw the north London club leapfrog Burnley into fifth place in the standings.

It was the perfect response to last week's 4-1 humbling at Manchester City, and their first away league win since the end of September could have been by a bigger margin.

Alli was booked in the fourth minute for his lunging tackle on Charlie Taylor, and then further incensed the home fans, who felt he dived when challenged by Kevin Long in the area to earn Tottenham their early penalty.

Kane stepped up to steer his seventh-minute spot kick inside Nick Pope's left-hand post. It was the first league goal Burnley conceded in 361 minutes.

Tottenham forward Heung-Min Son had one shot saved by Pope and another one blocked, while Kane's effort crashed into Burnley defender Ben Mee as the visitors dominated.

Alli was roundly booed by Clarets fans every time he touched the ball, but his slide-rule pass sent Moussa Sissoko into a one-on-one with goalkeeper Pope and the Tottenham midfielder should have scored.

Pope saved the France international's initial shot and then the rebound — both with his legs.

Kane blazed another effort off target, while a rare foray into Tottenham's area for Burnley ended with Steven Defour's excellent cross snaffled by goalkeeper Hugo Lloris ahead of Chris Wood.

Wood was forced off in the 33rd minute and replaced by Ashley Barnes, while Burnley enjoyed their best spell before the interval without creating any openings.

Tottenham spurned another chance at the start of the second period when Christian Eriksen miscued after being played in by Son, who then missed a sitter.

Kane and right-back Serge Aurier combined and from the latter's cross Son somehow blazed a first-time shot over the crossbar from in front of an open goal.

Burnley felt hard done by when referee Michael Oliver waived their appeals for a penalty after Jan Vertonghen collided with Barnes inside the area.

Tottenham then struck a deserved second. The impressive Sissoko's pass sent Kane through on goal and with just Pope to beat the England striker calmly slotted home a low finish in the 69th.

Alli set up Kane on the edge of the area 10 minutes later, turning effortlessly away from his marker before burying his 25th goal in 27 appearances for club and country this season.