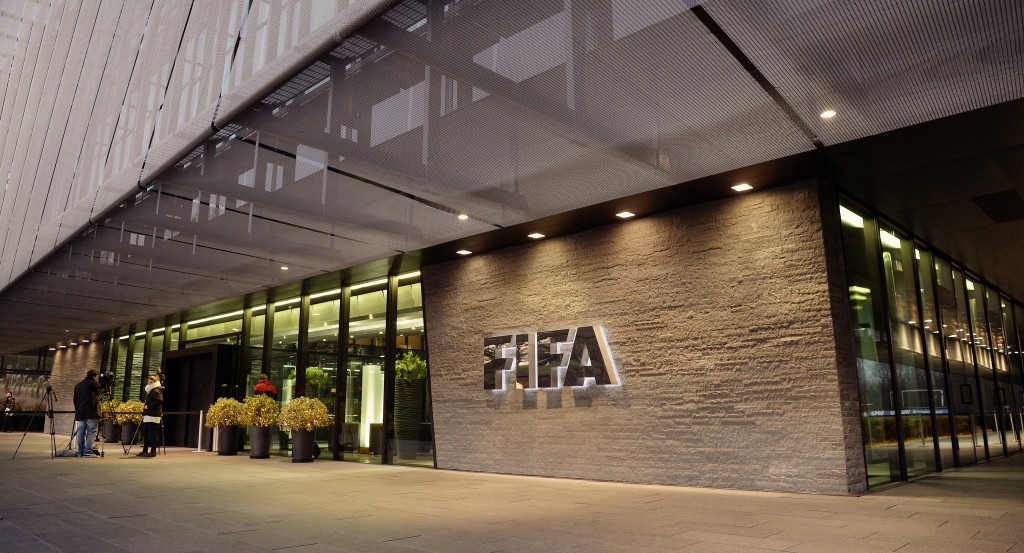 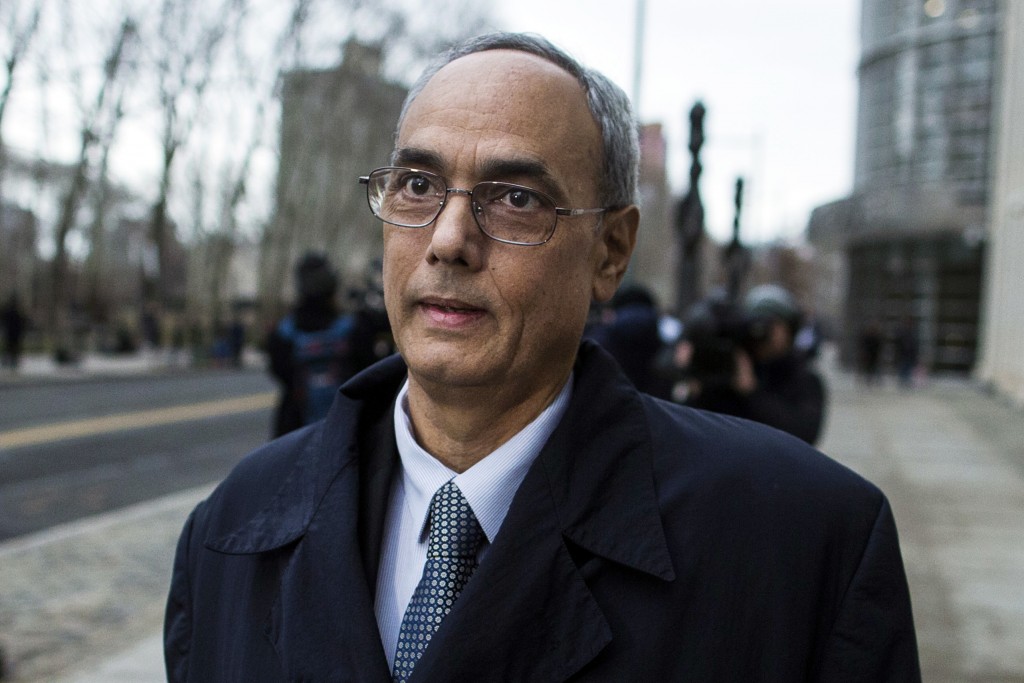 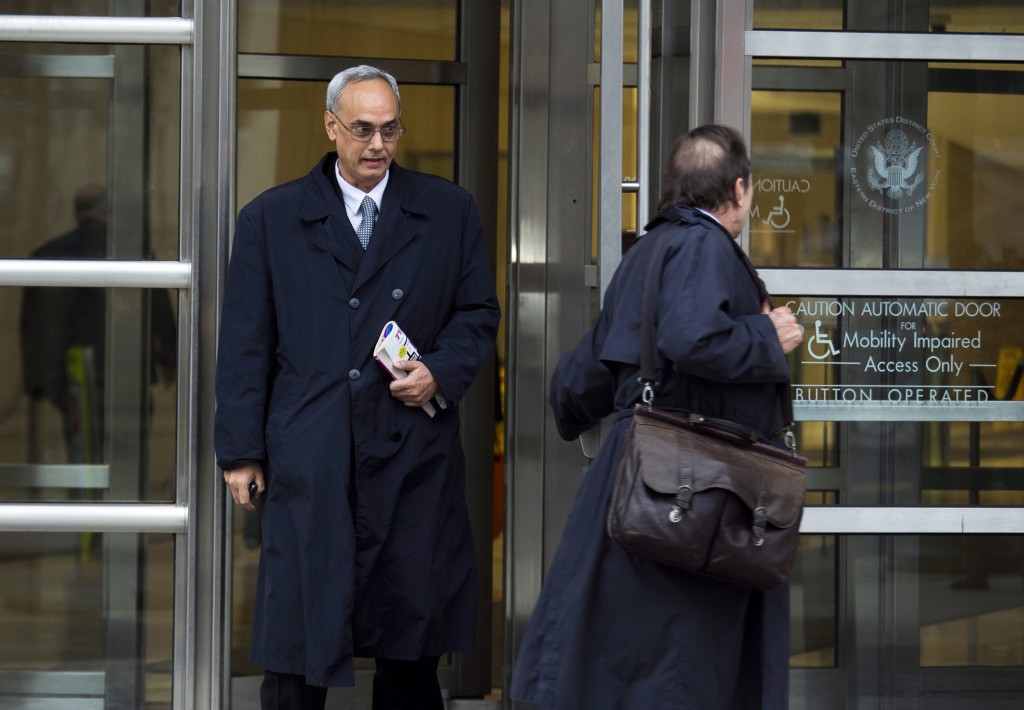 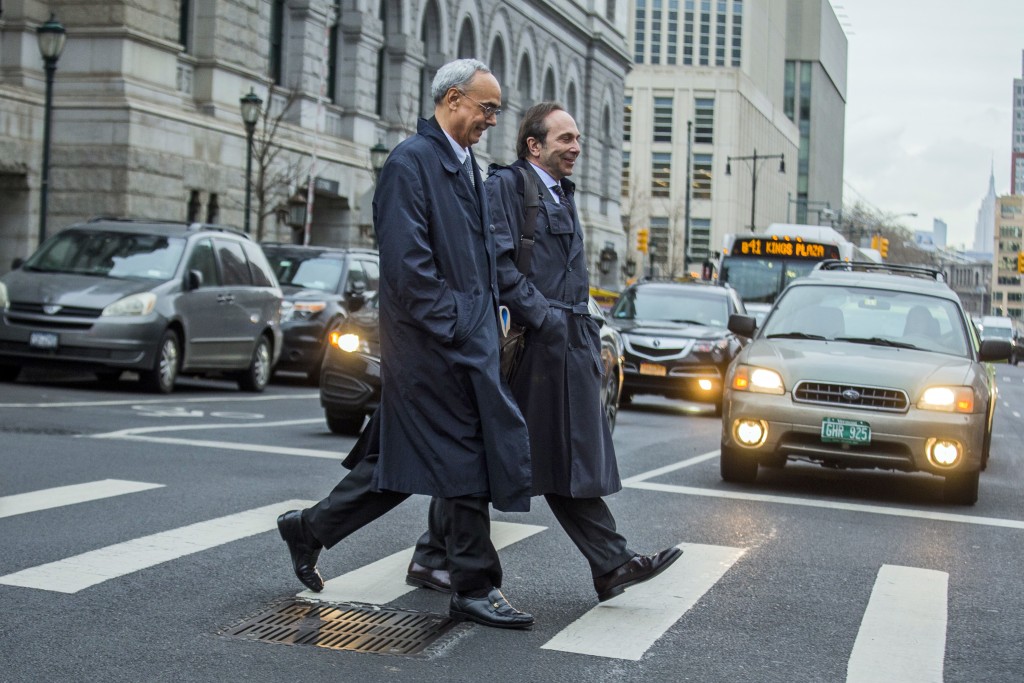 When members of soccer's hierarchy were plucked from their Zurich bedrooms at dawn by police in May 2015, any vestiges of trust remaining in FIFA vanished.

As the first FIFA trial concludes in New York and a former vice president is sent to jail, the governing body still hasn't shown the corrupt culture that infected soccer has been eradicated.

Officials booted out in the last year while trying to clean up the game still question the commitment of the post-Sepp Blatter FIFA, led by Gianni Infantino, to meaningfully banish the rogues.

FIFA still tries to portray itself as the victim of the corruption of dozens of soccer officials. It even wants a cut of the more than $200 million being reclaimed from individuals and marketing companies. And yet, incongruously, FIFA brazenly disputes the U.S. Department of Justice's portrayal as this being a case centered on FIFA.

It is all about the tournaments or television rights in the Americas, FIFA contends, overlooking the former members of its top brass implicated in bribery and the allegations aired in court about World Cup hosting votes and television rights deals.

FIFA has often given the impression of doing the bare minimum against officials implicated in wrongdoing. Willful blindness or complicity?

The wave of arrests in 2015 was the result of wiretaps and stacks of evidence being gathered by criminal investigators, not proactive moves by FIFA.

Before then, FIFA begrudgingly implemented ethics processes that eventually brought down Blatter.

But too often FIFA sneered at campaigners advocating reforms, and acted half-heartedly against those illegally profiting from the game.

Only once FIFA realized American prosecutors were at their doors did overhauling the governance of the game become a priority.

Infantino was well-placed to shape the future of FIFA. Then general secretary at European body UEFA, the Swiss-Italian served on the FIFA reform committee in 2015 just as a path to the FIFA presidency opened up as favorite Michel Platini was toppled by financial wrongdoing.

But this committee also featured:

— Markus Kattner, who was subsequently fired by FIFA in 2016 over unauthorized bonuses worth millions of dollars while finance chief;

— Sheikh Ahmad, who was implicated this year in another bribery plot unearthed by American prosecutors and forced off FIFA's ruling council;

— Gorka Villar, the former director general of South American confederation CONMEBOL who was arrested in a Spanish corruption investigation in July.

There were several meaningful reforms, such as 12-year term limits for FIFA presidents and council members, but other recommendations have fallen by the wayside.

The finance committee — headed for years by Blatter's bribe-taking right-hand man Julio Grondona — does not now, as envisaged in 2015, have a majority of independent members to protect FIFA's cash.

There has also been no recalibration of power to dilute the authority of the FIFA president.

Criticism came this month in a report from the Parliamentary Assembly of the Council of Europe (PACE). Infantino's "micro-management" and control appears as "strong as under the previous leadership." Fatma Samoura, the first African secretary general, has not gained the authority envisaged.

The politicians behind the PACE report were deeply skeptical over the actions of FIFA's new leadership, while not doubting Infantino's integrity.

The lack of separation of political and administrative functions is problematic.

In his first elected position, Infantino has to maintain political goodwill within the game.

In a warning to soccer leaders in May, Infantino declared: "If there's anyone in this room ... who still feels he can enrich himself leave football now. We don't want you."

Tough talk from Infantino does not seem a charade.

But how willing is Infantino to rock the boat of an institution where maintaining the political goodwill of the majority of the 211 FIFA nations is required to win re-election in 2019?

"The leadership of football does not answer to the court of public opinion," former FIFA governance officials Navi Pillay, Miguel Poiares Maduro and Joseph Weiler wrote in an op-ed published in European papers this week. "It responds to its own constituency that would replace leadership which seriously tried to reform football."

Just look at the murkiness around the departures of key personnel, including Maduro, who were installed to enforce better working practices or banish the offenders. The inadequate explanation and communication to the media, public and — most significantly — to some members of the ruling council gave the impression Infantino was acting sneakily.

Infantino cannot expect the sudden jettisoning of the ethics judge and investigator to be so accepted without question when they were in the midst of awkward probes into the leadership of the Russia World Cup and had looked into elements of the FIFA president's own conduct.

"The general feeling is that FIFA Council and Mr. Infantino in particular wished to get rid of persons who might have embarrassed them," former Parliamentary Assembly of the Council of Europe President Anne Brasseur wrote in her report.

Infantino needs to heed the advice of the FIFA reform report he helped to author.

"It is abundantly clear that football fans and FIFA's commercial partners will no longer accept anything short of full transparency in how football is governed," it stated.

Perhaps that is why more than 20 sponsor slots remain vacant for the 2018 World Cup — a tournament whose chief organizer remains Vitaly Mutko despite Russia's deputy prime minster helping to sabotage the 2014 Winter Olympics through a doping program.

"Unethical behavior cannot be tolerated," that 2015 FIFA reform report stated and yet Infantino appeared alongside Mutko in Moscow this month at the World Cup draw.

Maduro, the FIFA governance committee head until May, testified to British politicians in September that he was told action against Mutko would be a "disaster" for the 2018 World Cup and Infantino's presidency could be jeopardized.

Infantino disputed the claims. He needs a successful World Cup to show FIFA is back on track but that cannot be at the expense of taking action where necessary.

Will Infantino order an investigation into the fresh bribery allegations around Qatar's 2022 World Cup bid? The Gulf nation has been previously cleared to remain host but the untested claims from the New York court leave a fresh cloud over the bid's conduct.

Will Infantino order a deep examination of World Cup broadcast contrasts after claims bribes were paid by officials with networks across the Americas?

This is Infantino's chance to show how committed he really is to overhauling the bloated culture of FIFA, a notional non-for-profit organization that still spends on vanity projects like the wealthiest of private entities.

And the question remains whether soccer fans should now be able to trust FIFA? The organization declined to put anyone up for interview to answer it.