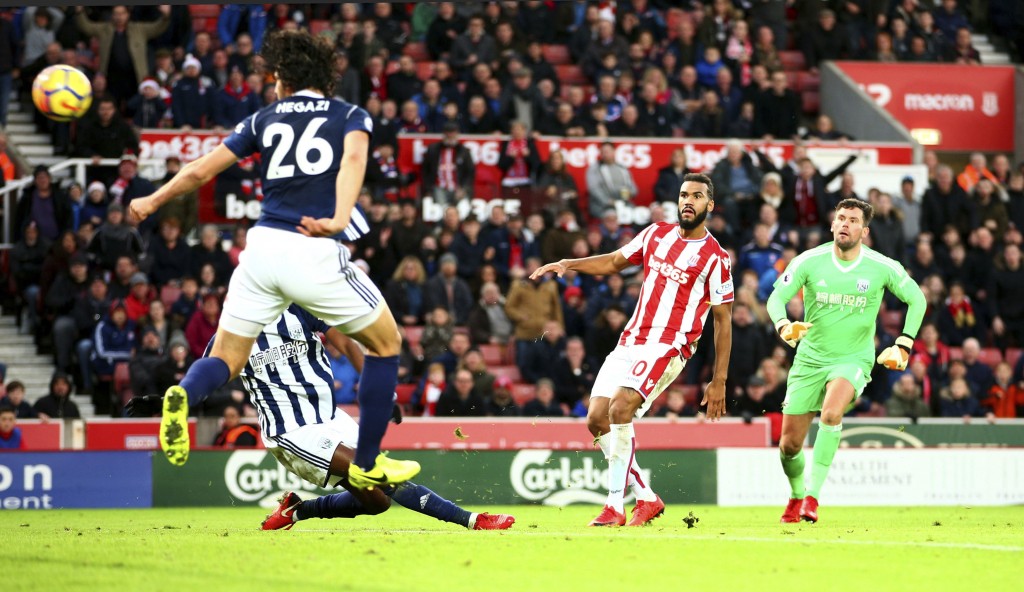 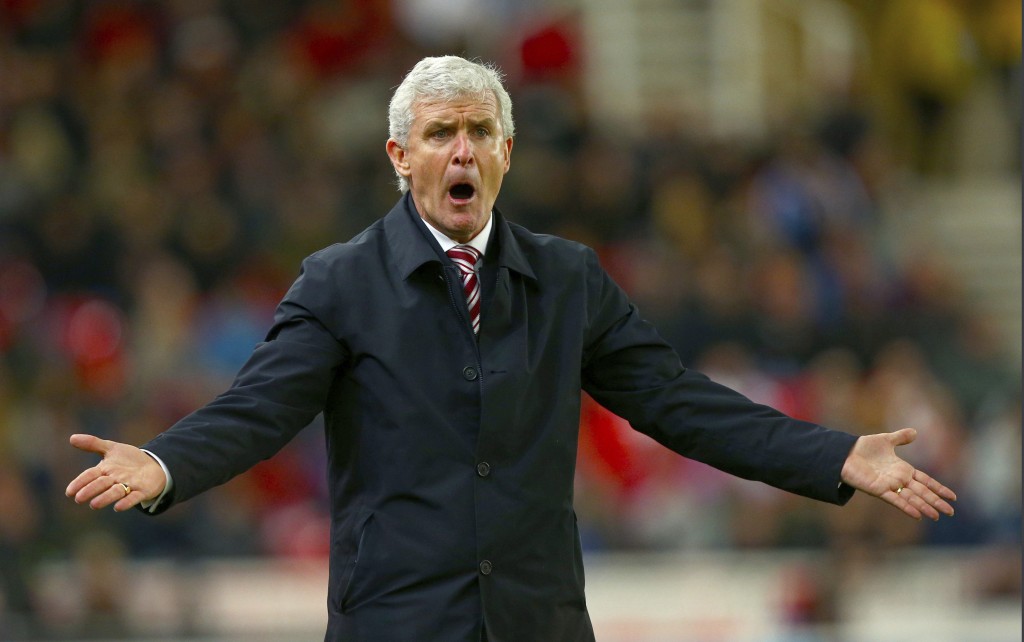 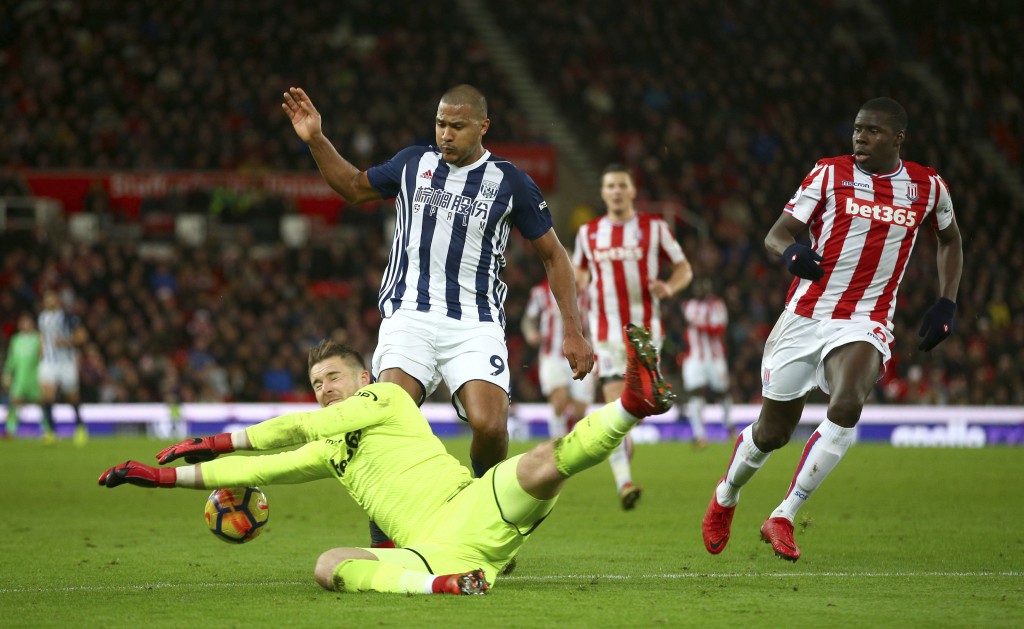 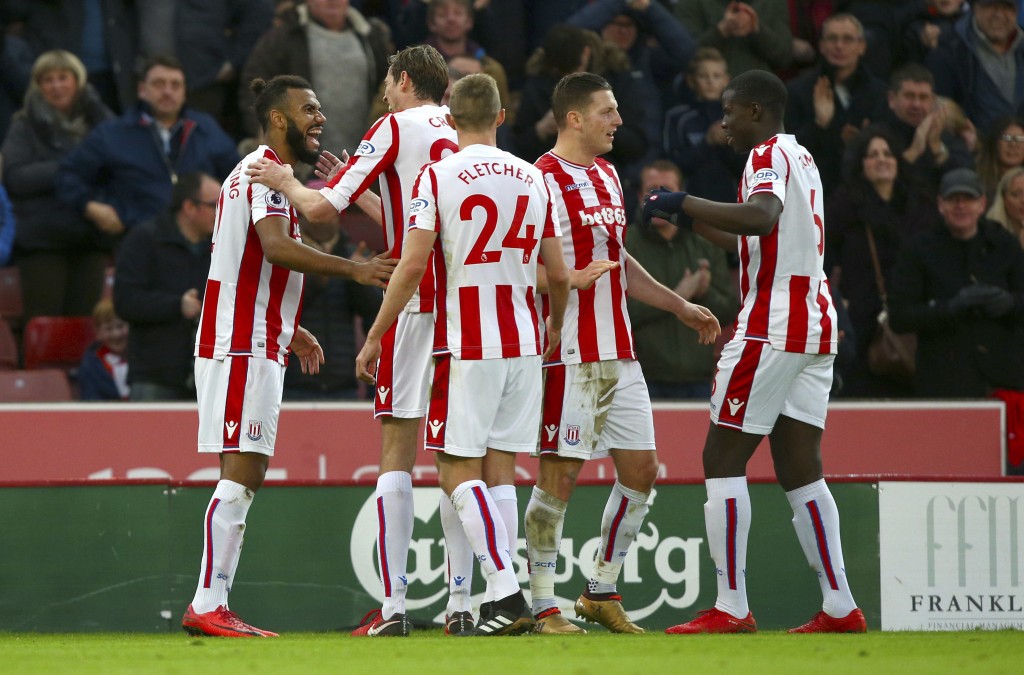 Stoke had fallen closer to the relegation zone after five losses in six league matches, and Hughes said in the buildup he didn't believe another loss would end his 4 1/2-year tenure. But club chairman Peter Coates regarded the match as a must-win.

The home side, met by a rousing reception when they walked on to the field, made winning look easy with first-half goals by Joe Allen, who then set up Eric Maxim Choupo-Moting.

West Brom's Salomon Rondon halved the deficit at the start of the second half but Stoke sealed the win when Ramadan Sobhi became the club's youngest scorer in the league at 20 with the last kick.

Alan Pardew remains without a win after taking over as West Brom manager five matches ago, and the side remained winless for 17 straight matches.