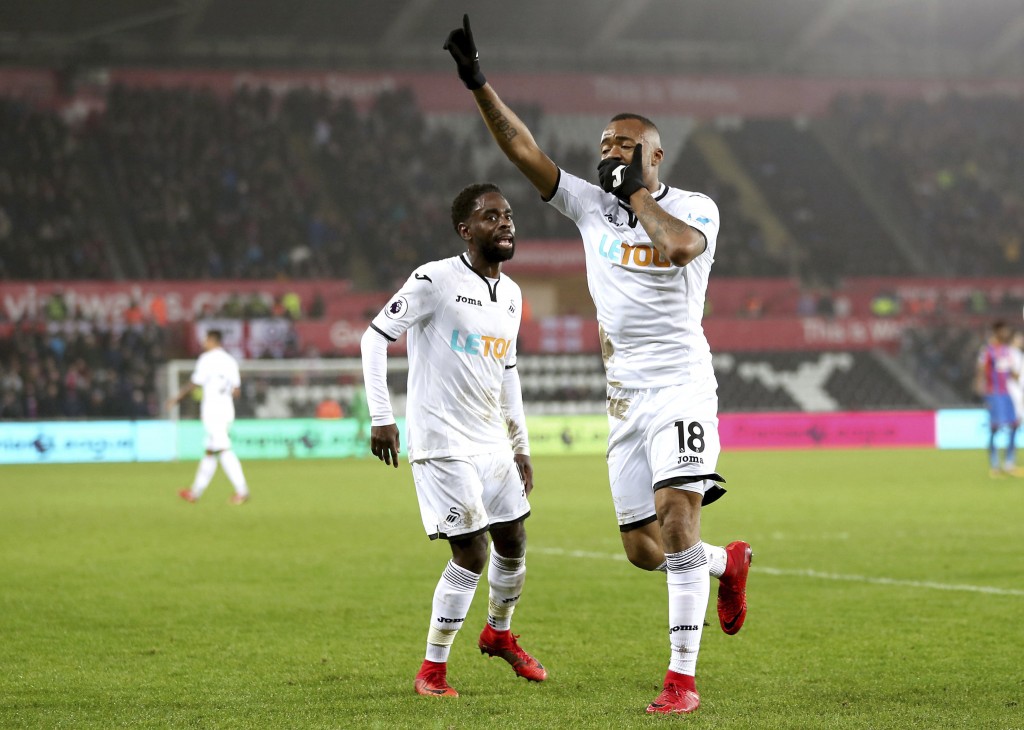 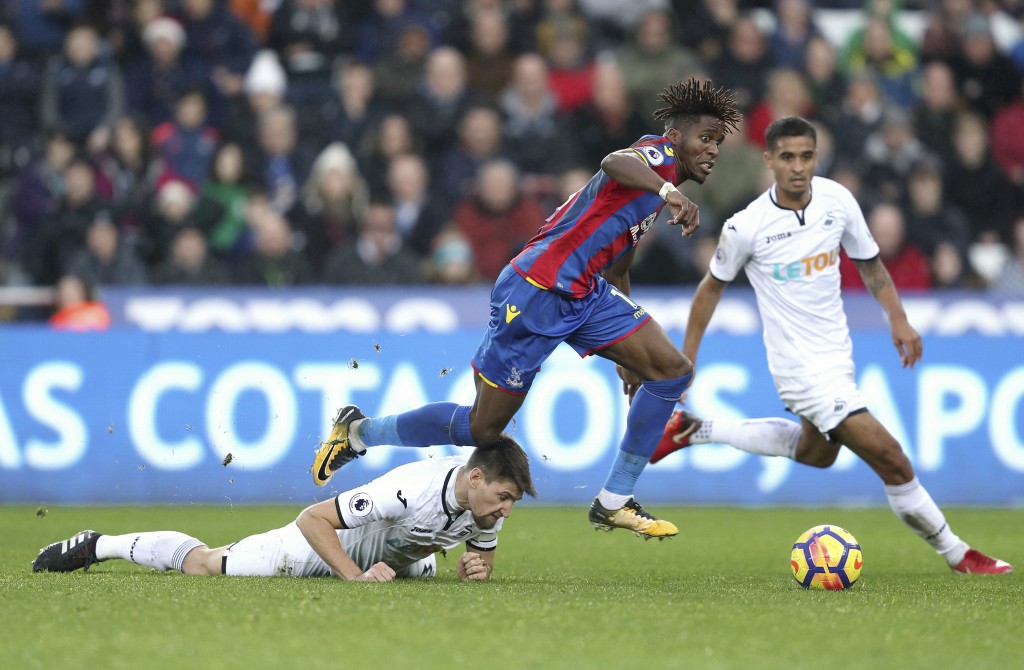 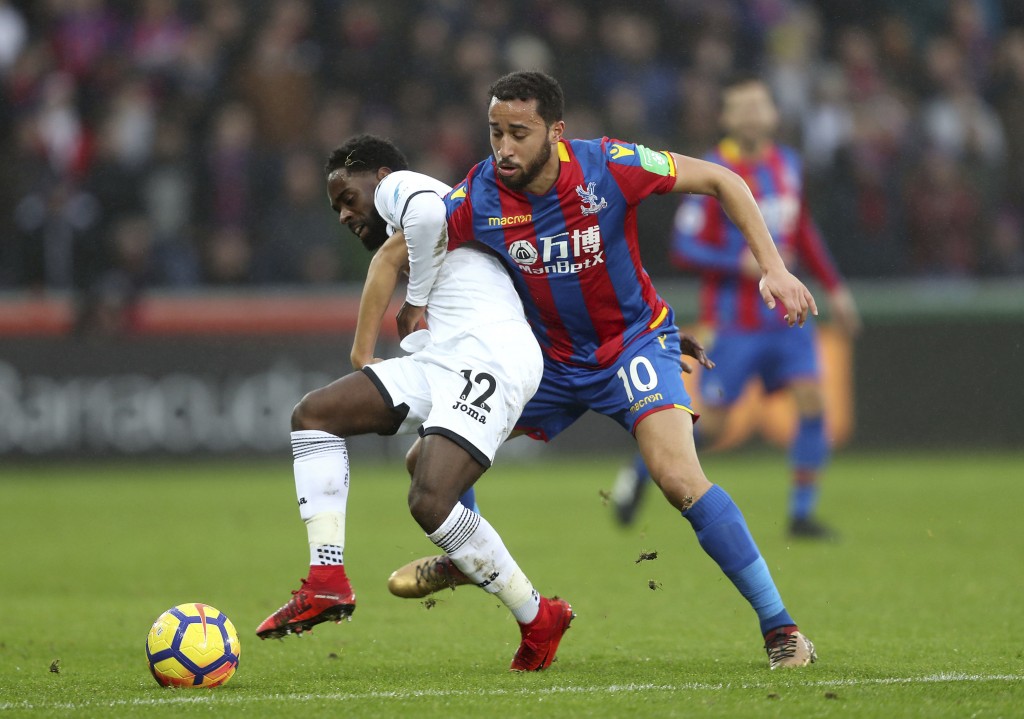 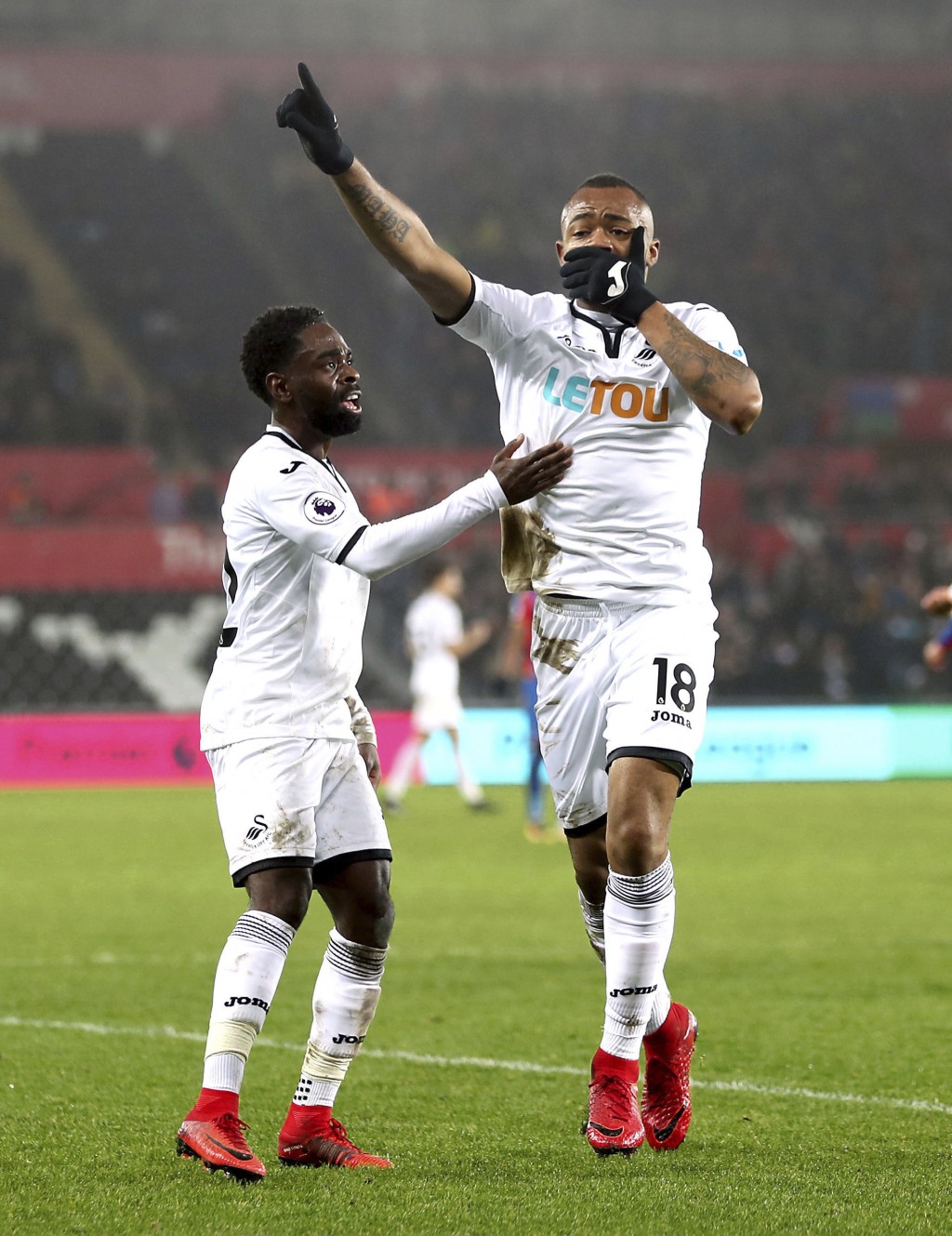 SWANSEA, Wales (AP) — Player-coach Leon Britton's first game in charge of Swansea ended in a 1-1 home draw against Crystal Palace in the Premier League on Saturday.

Swansea had put the club veteran in temporary charge after firing Paul Clement on Wednesday.

Luka Milivojevic sent Palace ahead on the hour but substitute Jordan Ayew rescued a point 13 minutes from time with a powerful 20-yard (meter) drive. It was Ayew's second goal of the season, with his previous league strike coming against Palace at Selhurst Park in August.

Britton oversaw a vastly improved display from last-place Swansea which had scored only 10 goals in 18 games under Clement this season.

Palace dropped to 16th, five points ahead of Swansea.

Palace had looked the more likely scorers during an opening hour and the breakthrough came when Swansea conceded a third penalty in two games, with Ruben Loftus-Cheek's quick feet deceiving Federico Fernandez.

The 35-year-old Britton, who has been a midfielder for Swansea for the last 15 years, joined the coaching staff last month.

Britton has said he does not want to take the job on a full-time basis.