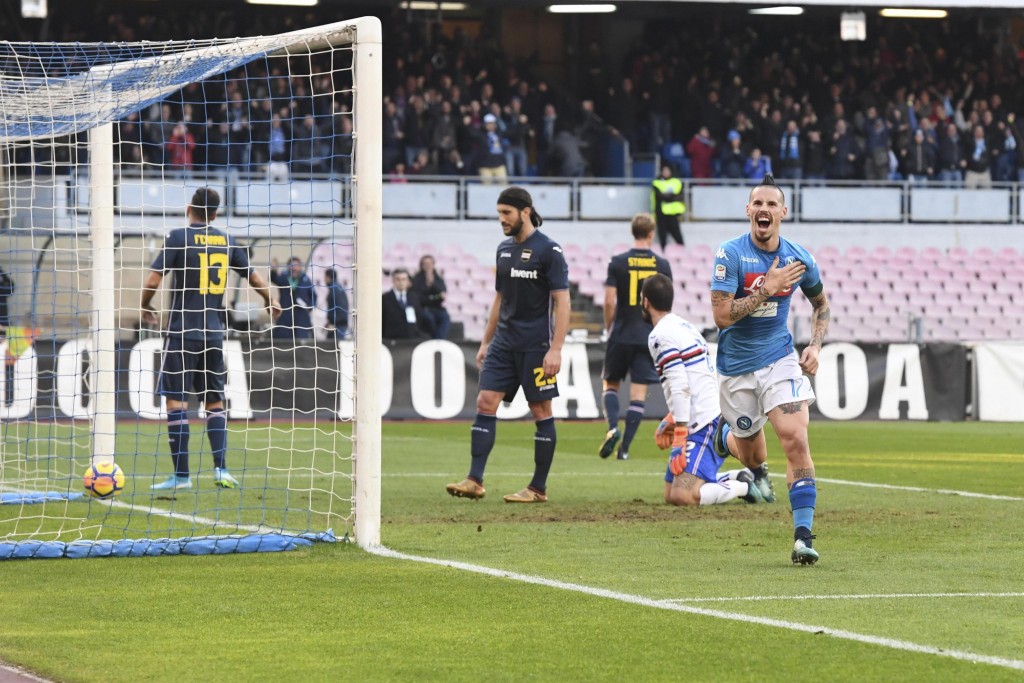 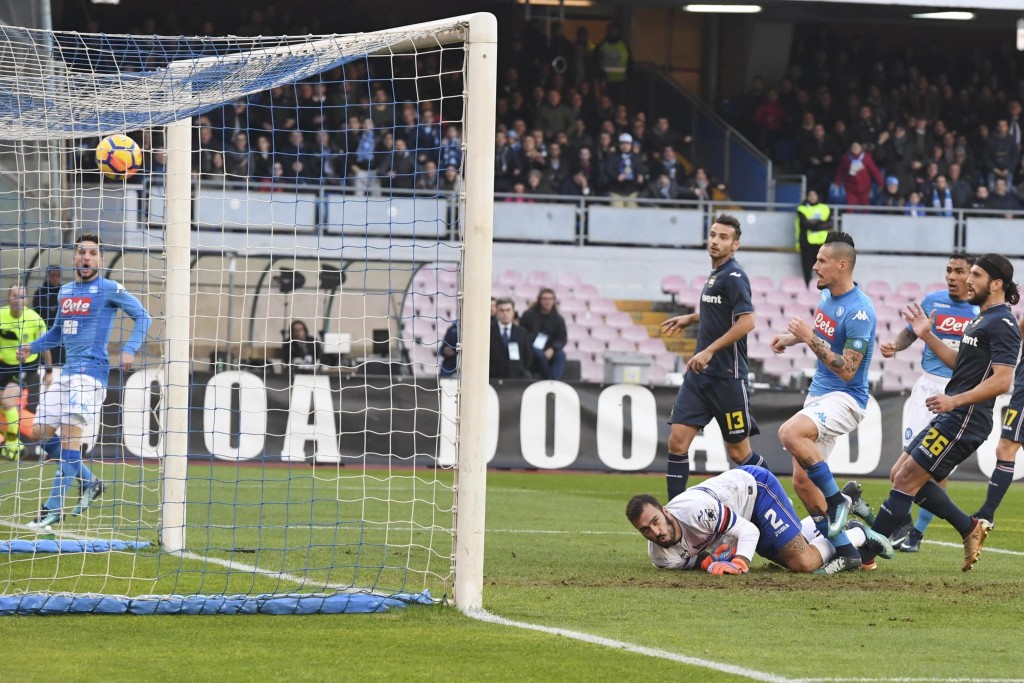 Hamsik took the record outright by scoring after 39 minutes in Napoli's league game against Sampdoria on Saturday.

Allan dribbled through three players in the area before picking out Dries Mertens, who rolled the ball across for Hamsik to tap in from close range.

The goal put Napoli 3-2 ahead and the Slovenia midfielder was immediately surrounded and embraced by nearly all his teammates.

It has taken Hamsik 11 seasons and 478 appearances to reach that tally. Maradona, who was a forward, set the 115-goal mark in 259 games in seven seasons with Napoli.