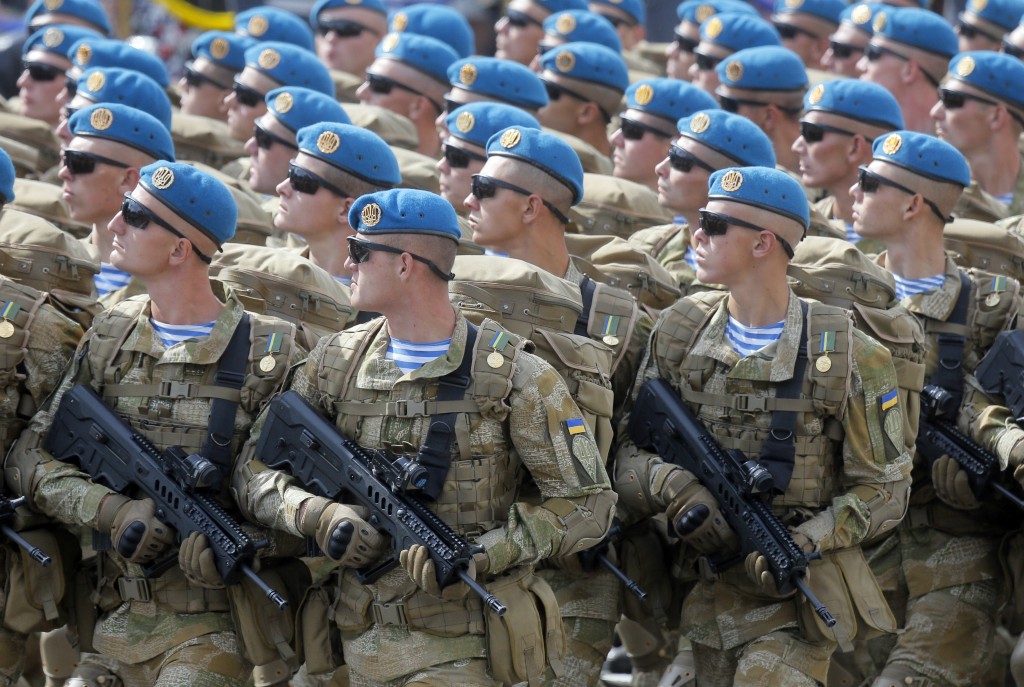 WASHINGTON (AP) — The Latest on the U.S. decision to supply arms to the Ukrainian military (all times local):

A senior Russian diplomat says the U.S. decision to provide Ukraine with lethal weapons will fuel the conflict in the country's east.

U.S. officials said Friday that President Donald Trump's administration approved a plan to provide lethal weapons to Ukraine, including Javelin anti-tank missiles. Ukraine has long sought the weapons for its fight against Russia-backed separatists in eastern Ukraine that has killed more than 10,000 since April 2014.

A 2015 peace deal brokered by France and Germany has helped reduce the scale of fighting in eastern Ukraine, but clashes have continued and the agreement's provisions for political settlement have stalled.

U.S. officials said Friday that the Trump administration approved a plan to provide lethal weapons to Ukraine, in a long-awaited move that deepens America's involvement in the military conflict and may further strain relations with Russia.

The new arms include American-made Javelin anti-tank missiles that Ukraine has long sought to boost its defenses against Russian-backed separatists armed with tanks. Violence in eastern Ukraine has killed more than 10,000 since 2014. Previously, the U.S. has provided Ukraine with support equipment and training, and has let private companies sell some small arms like rifles.

The officials describing the plan weren't authorized to discuss it publicly and demanded anonymity.

The move is likely to become another sore point between Washington and Moscow, as President Donald Trump contends with ongoing questions about whether he's too hesitant to confront the Kremlin. Ukraine accuses Russia of sending the tanks, and the U.S. says Moscow is arming, training and fighting alongside the separatists.