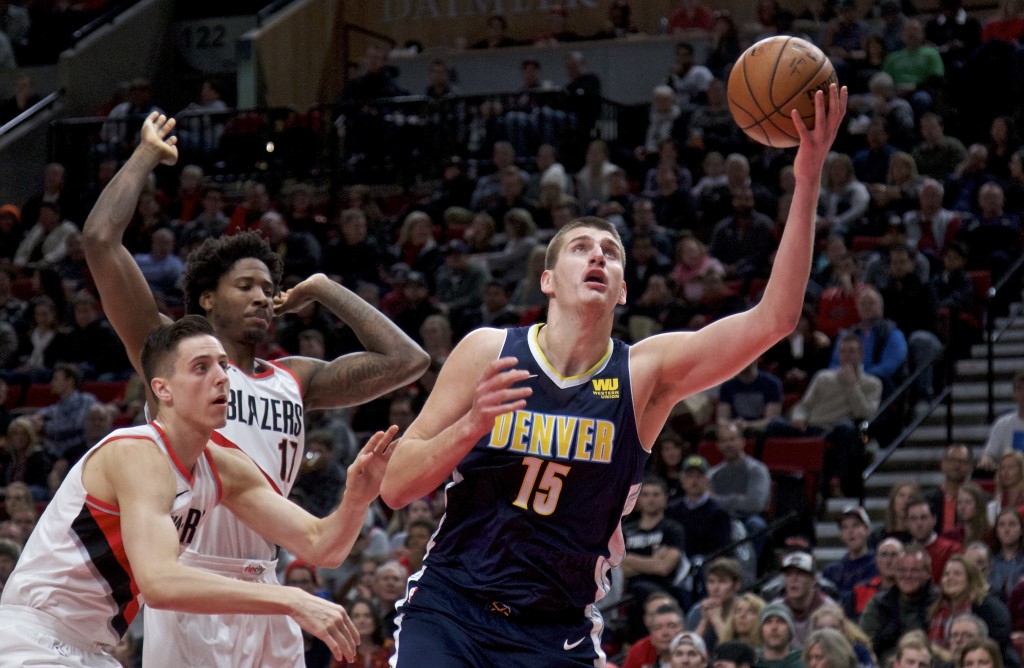 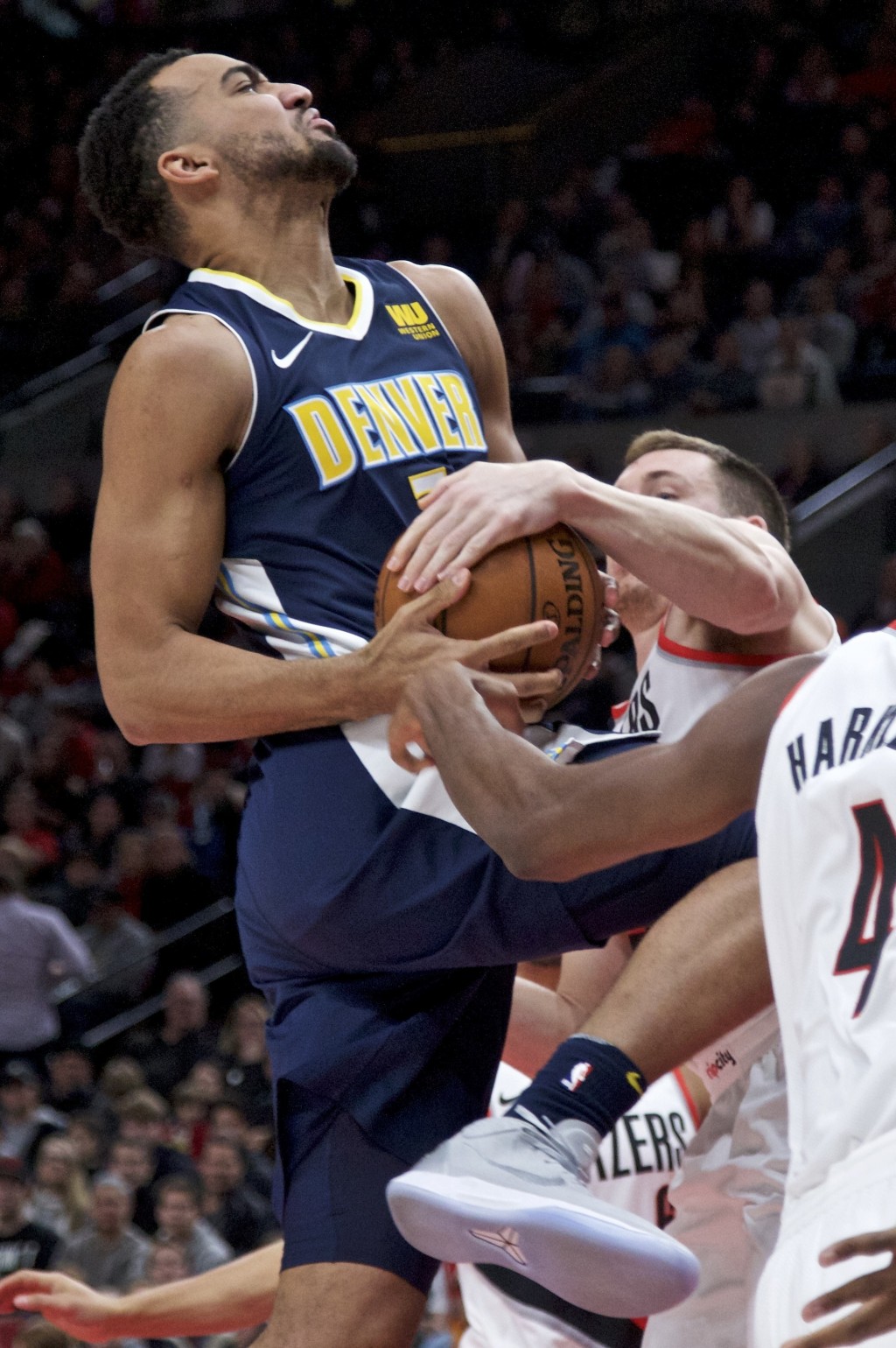 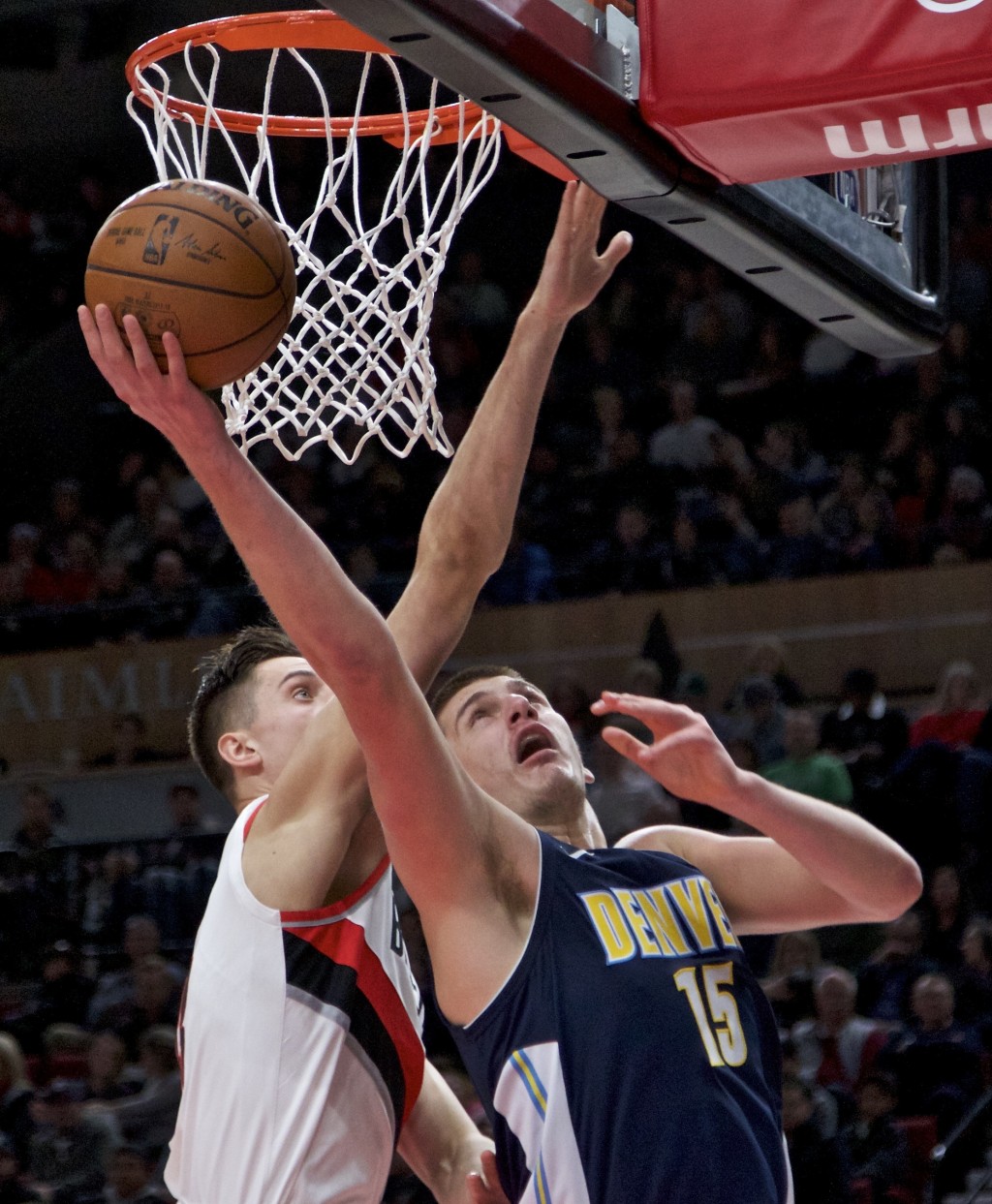 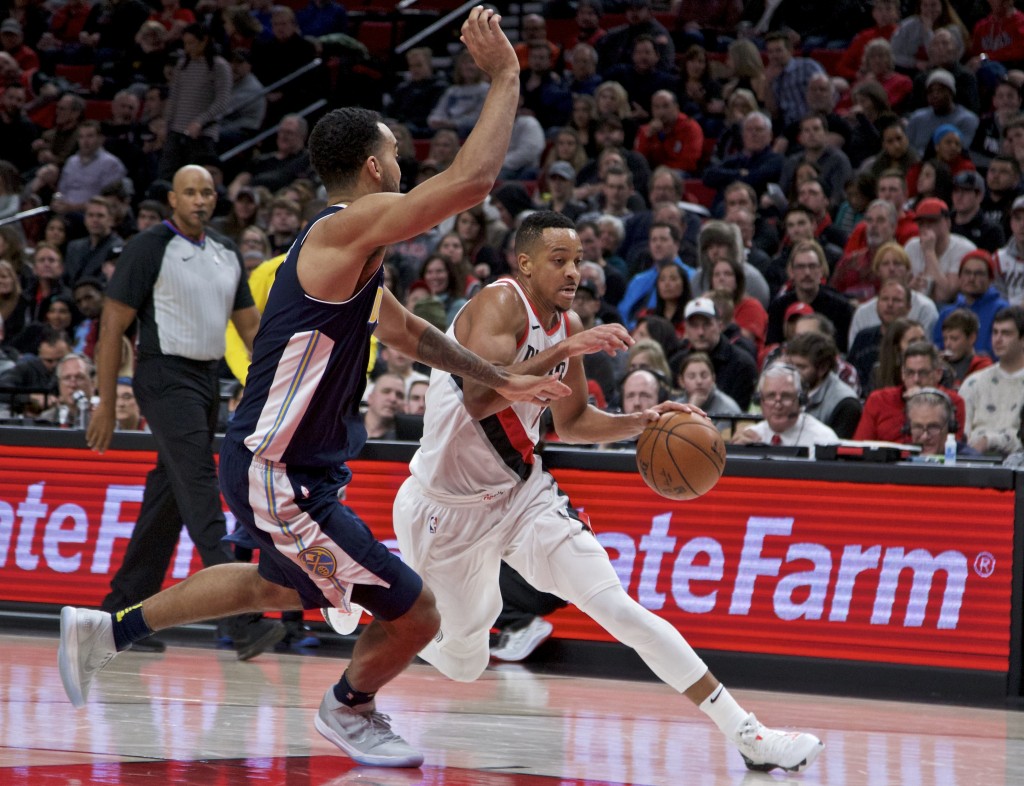 PORTLAND, Ore. (AP) — Nikola Jokic scored 27 points and the Denver Nuggets won for the first time in Portland since 2013, beating the Trail Blazers 102-85 on Friday night.

Jokic hit 12 of 21 shots and grabbed eight rebounds as the Nuggets ended a nine-game losing streak to the Blazers in Portland. Wilson Chandler scored a season-high 21 points and grabbed 11 rebounds.

C.J. McCollum led Portland with 15 points, while Shabazz Napier had 14. Rookie Zach Collins scored a career-high 10 points, but fouled out after playing 18 minutes.

Portland played without Damian Lillard, who strained a hamstring strain in Wednesday's game against San Antonio. Lillard is the Blazers' leading scorer at 25.2 points a game.

The Blazers, who lost their sixth consecutive home game, heard scattered boos from the crowd during the fourth quarter.

Denver, establishing its offense in the paint, shot nearly 50 percent (42 of 85) from the floor. Portland couldn't get untracked offensively, particularly from 3-point range, where it was just 5 of 21.

The Nuggets led 52-41 at halftime as Jokic scored 18 first-half points. They separated themselves from Portland late in the second quarter with a 10-0 run.

Portland was unable to get closer than 10 in the fourth.

Nuggets: Denver scored its first 16 baskets in the paint. ... Harris returned to the starting lineup after missing one game (elbow contusion). ... Denver avoided its first three-game losing streak of the season. It was also just the Nuggets' third win over Portland in the past five seasons.

Trail Blazers: Lillard is unlikely to play in Saturday's game at the Los Angeles Lakers, though Portland coach Terry Stotts said he would make the trip. ... Jake Layman, who has played the fewest games (13) and minutes (83) on the roster, made his first start of the season, and second of his two-year career. ... Maurice Harkless played for the first time in five games, scoring four points in 19 minutes.