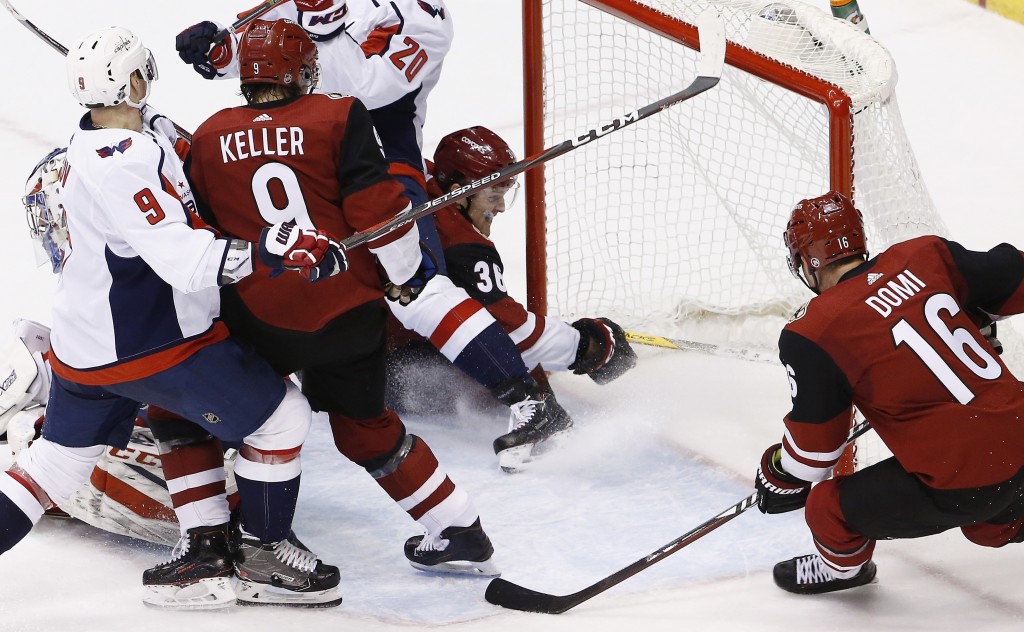 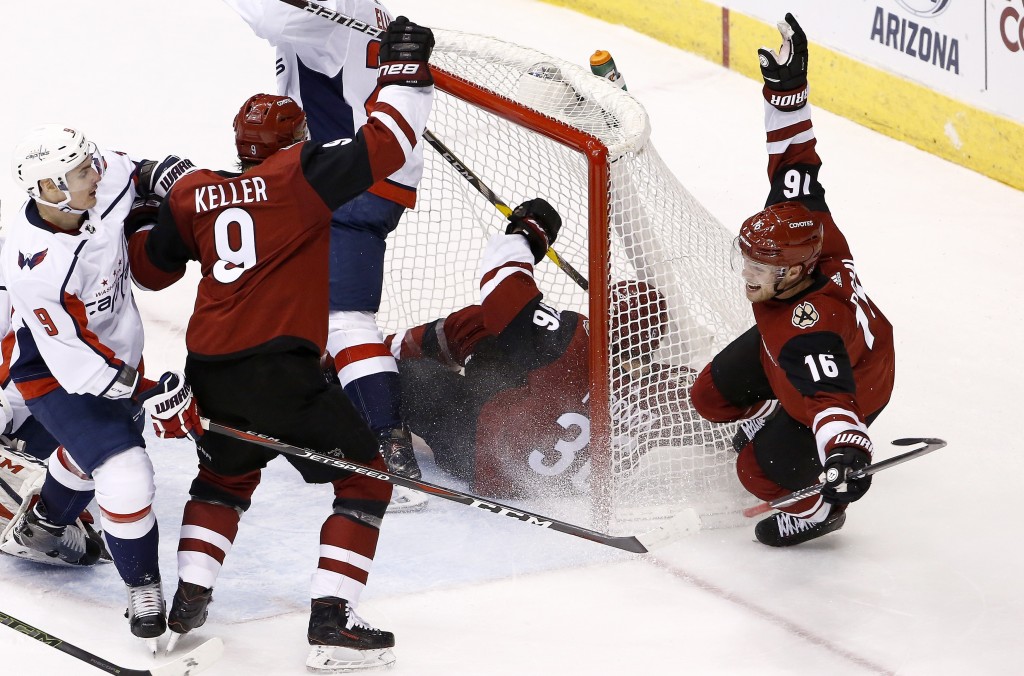 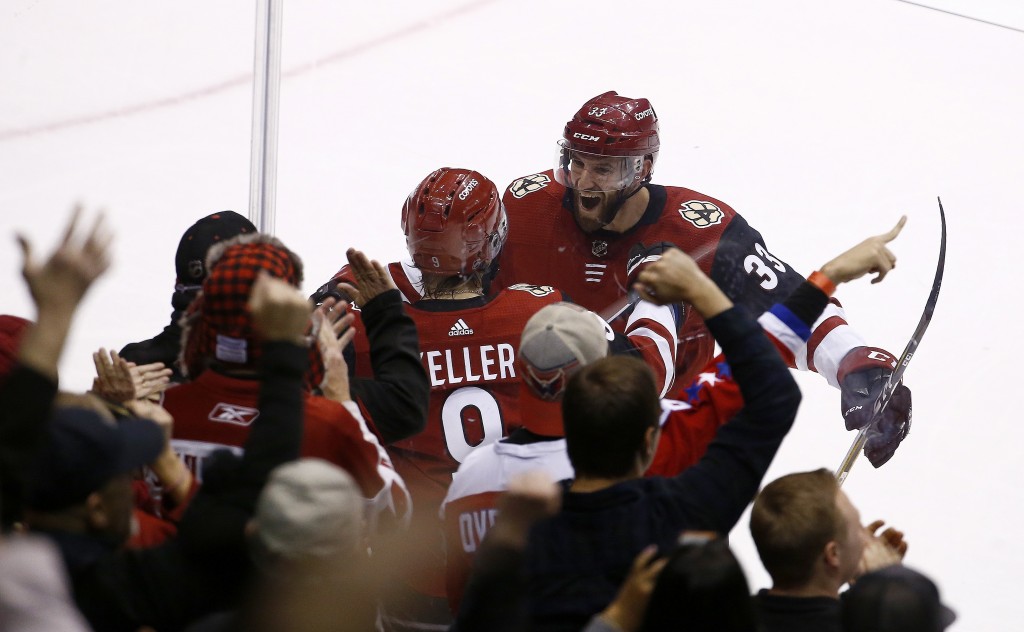 Arizona had lost seven in a row and 10 of 11. Christian Fischer tied the game with his ninth goal of the season with 1:01 to go in regulation, and Christian Dvorak also scored for the Coyotes.

First-place Washington had won four in a row. T.J. Oshie and Evgeny Kuznetsov scored for the Capitals, and Philipp Grubauer made 24 saves.

Max Domi set up Keller's game-winner, skating in from the left side and deking a defender with a swooping move toward the middle. Grubauer stopped Domi's shot, but Keller jumped on the rebound for his team-leading 13th goal.

Fischer scored in similar fashion late in regulation. With Scott Wedgewood on the bench for an extra attacker, Jason Demers fired a shot from the top of the left circle. Grubauer stopped Derek Stepan's tip in front but the puck came to rest behind the goalie in the crease. Fischer swept in from the left and slid the puck into the net.

Washington led 1-0 after two lackluster periods, but Dvorak tied it 1:28 into the third. He cycled the puck to Alex Goligoski at the point before taking the return pass atop the right circle, skating to the faceoff circle and firing into the top left corner of the net.

Kuznetsov responded with his 12th of the season. Wedgewood stopped Christian Djoos' shot from above the right circle. Kuznetsov shook off a defender, took control of the puck to the right of the net and scored behind Wedgewood, who was caught looking at the top of the crease.

Tobey Reider had a chance to tie the game on a short-handed breakaway with 9:12 to play, but was stopped easily by Grubauer in the goalie's first start since Dec. 4.

The frantic third period was a stark contrast to the first two, when each team displayed little energy despite each not playing since Tuesday.

After a scoreless first period, Oshie put the Capitals ahead at 5:40 of the second, taking a pass from Jakub Vrana and beating Wedgewood from the low slot.

NOTES: Washington finished with a season-low 17 shots on goal. ... Oshie has six goals and 18 points in 25 career games against Arizona. ... Dvorak's goal was his third in four games against Washington. ... Kuznetsov has scored his past four goals and eight of his 12 this season in the third period. ... Keller has scored two goals in four games after a 17-game goalless streak.