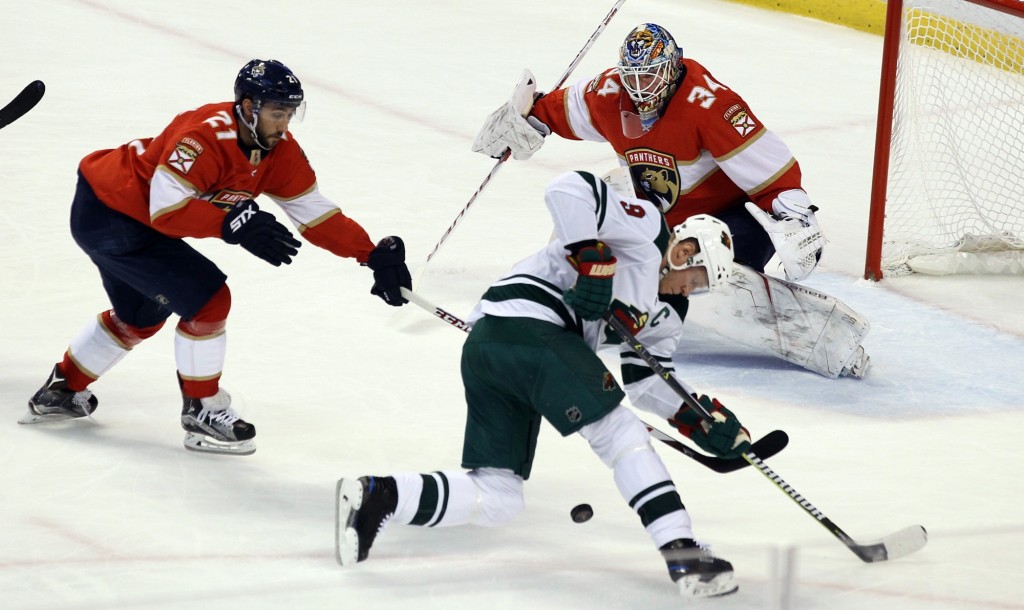 Vincent Trocheck and Connor Brickley also scored for Florida, and Aleksander Barkov had two assists. It was the Panthers' first win over the Wild since a 2-1 victory on Jan. 3, 2016.

Minnesota dropped to 1-2 on its four-game trip. Ryan Suter and Daniel Winnik scored for the Wild, and Alex Stalock stopped 30 shots.

Minnesota led 2-1 after two, but Florida rallied in the third.

Huberdeau tied it at 2 with some nifty stickwork 2 minutes in the period. He scored his 10th goal of the season by sending a backhand past Stalock.

Brickley then slammed home a rebound after Stalock stopped Keith Yandle's shot from the point, putting the Panthers in front at 11:14. Huberdeau added an empty-netter with just under six seconds left.

BUFFALO, N.Y. (AP) — Evander Kane had a goal and an assist, and the Sabres earned their fourth win in the last 20 games.

Jack Eichel added two empty-netters, helping Buffalo hold on after Philadelphia scored twice in the final 2:10. Ryan O'Reilly also scored for the Sabres, who had dropped three in a row and five of six.

Robin Lehner stopped 33 shots. He was working on his second shutout of the season before Michael Raffl scored a power-play goal to cut Buffalo's lead to 2-1.

Shayne Gostisbehere scored for Philadelphia on a one-timer with 32 seconds left, but Eichel sealed the win by scoring with 1 second remaining.