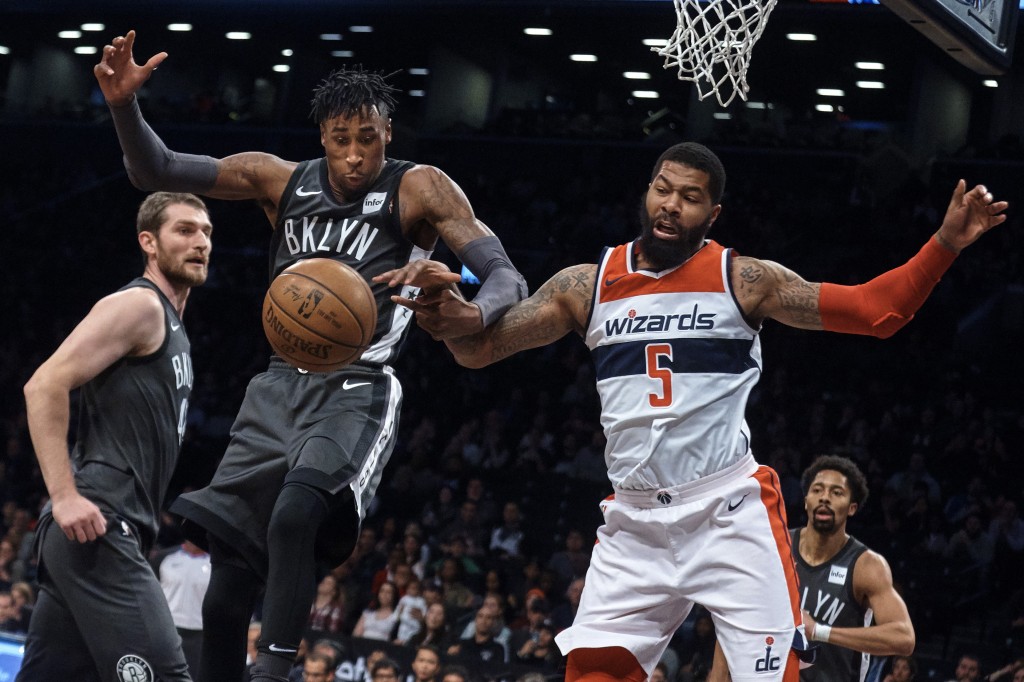 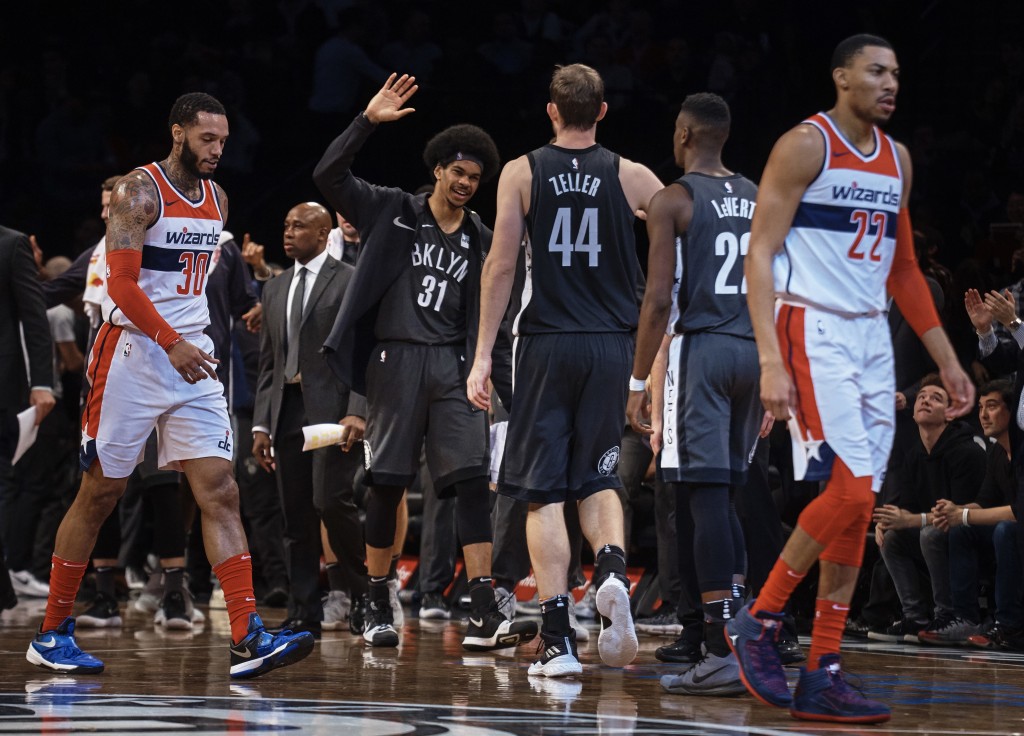 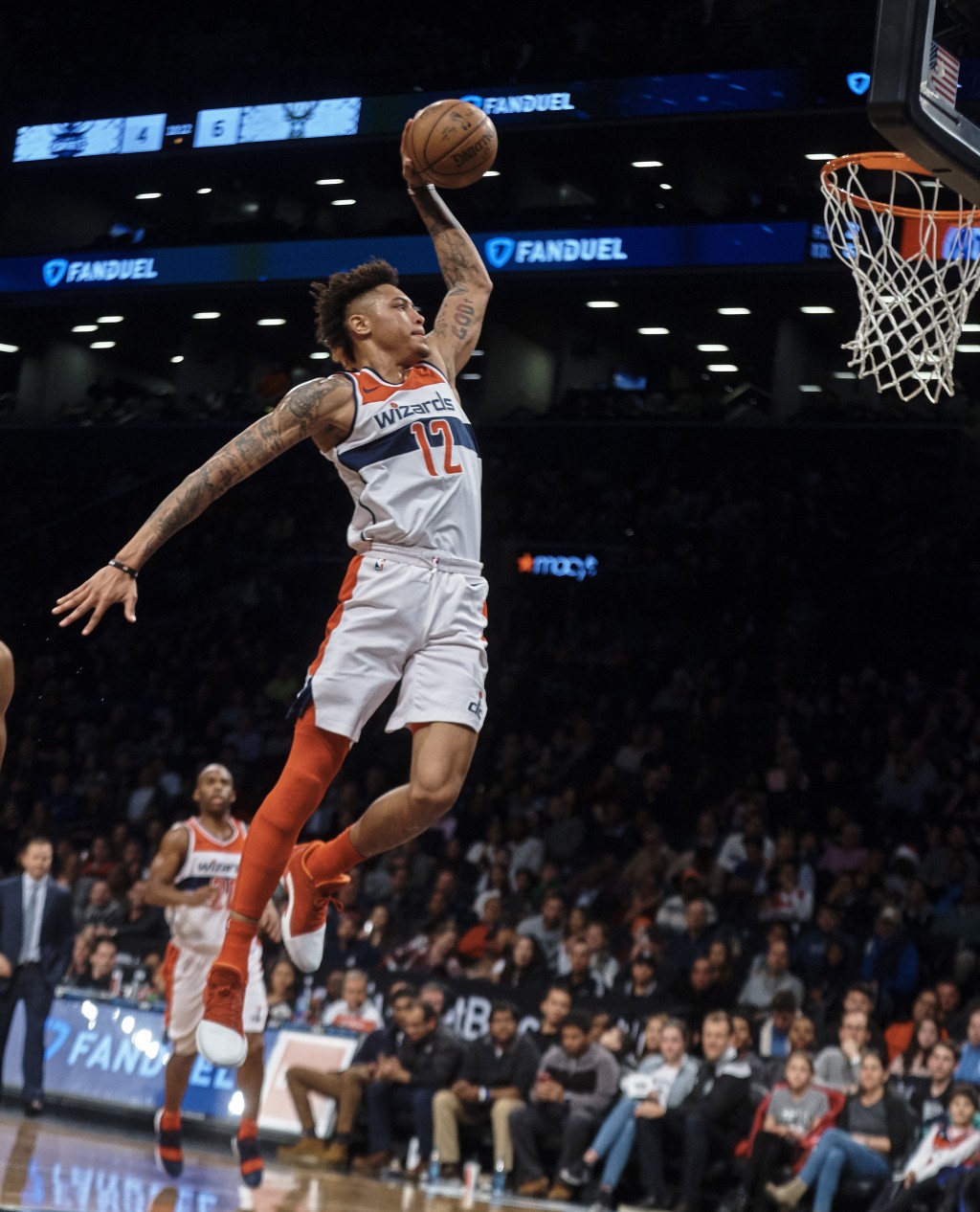 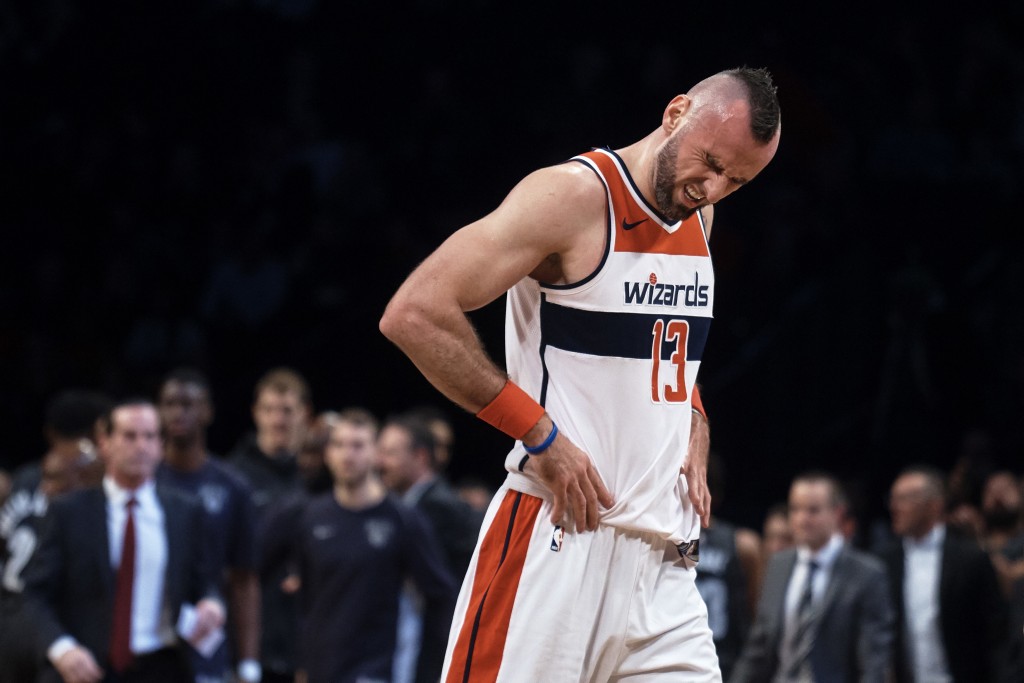 NEW YORK (AP) — Rondae Hollis-Jefferson had 21 points and 11 rebounds to lead the Brooklyn Nets to a 119-84 victory over the Washington Wizards on Friday night.

Kelly Oubre Jr. had 13 points for the Wizards.

The Nets never trailed in the game, taking an early 10-point lead before settling for a 26-23 advantage after the first quarter.

A layup by Hollis-Jefferson with 2:36 left in the second quarter gave the Nets an 11-point lead, and they went into halftime ahead 53-43.

Hollis-Jefferson finished the first half with 15 points and eight rebounds.

Dinwiddie, who did not score in the first half, scored 11 straight to give the Nets a 64-47 lead with 9:24 left in the third quarter. That was followed by a three-point play by Carroll as Brooklyn went up by 20.

Later in the quarter, Jarrett Allen put together a six-point streak to put the Nets up by 30 points and they went on to an 88-61 lead heading into the final quarter.

Dinwiddie scored all of his points in that decisive third quarter.

The lead continued to grow, this time with Stauskas taking the lead role. He made three consecutive 3-pointers, added a free throw and hit a driving layup with 3:32 remaining to give the Nets a game-high 40-point lead, 116-76.

John Wall, who played only 16 minutes for the Wizards, scored 10 points on 4-of-11 shooting. Bradley Beal only scored four points, shooting 2 of 15 from the field.

Overall, Washington shot 36.6 percent, while Brooklyn connected on half its shots.

Wizards: Washington has dropped both games to the Nets this season. They defeated Brooklyn in all four meetings last season and in all three games during the 2015-16 campaign.

Nets: Brooklyn hadn't won since beating the Wizards 103-98 on Dec. 12. The Nets hadn't beaten Washington in consecutive games since March 8 and April 15, 2013. . The Nets are 7-0 this season when holding opponents under 100 points.

Wall did not play in the first meeting between the teams. "We're like a different team tonight," the Wizards' Markieff Morris said before the game. "I hope they prepared for us." Wall missed nine games (Nov. 25-Dec. 12) with a sore left knee and Washington went 4-5 during that span.

SEE YOU NEXT YEAR

Friday's game was the Nets' last home contest of 2017. They will play five road games before returning to Barclays Center on New Year's Day to host Orlando.

LeVert is the only Net to play in each of the team's 31 games this season. In contrast, four Wizards (Beal, Oubre Jr., Marcin Gortat, Jodie Meeks) have played in all 32 of Washington's games.