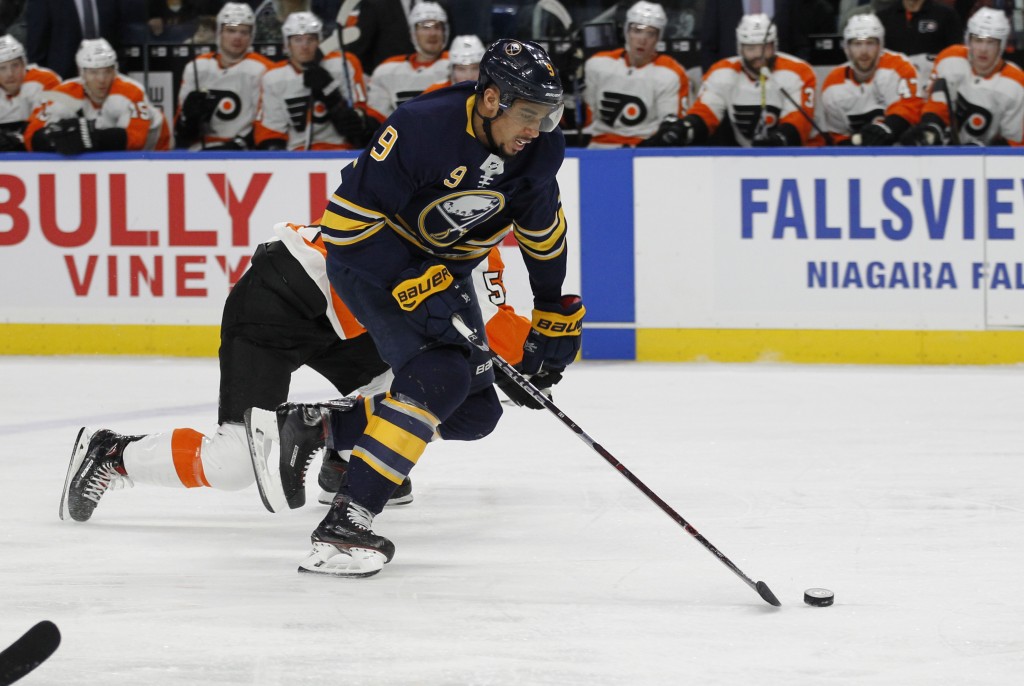 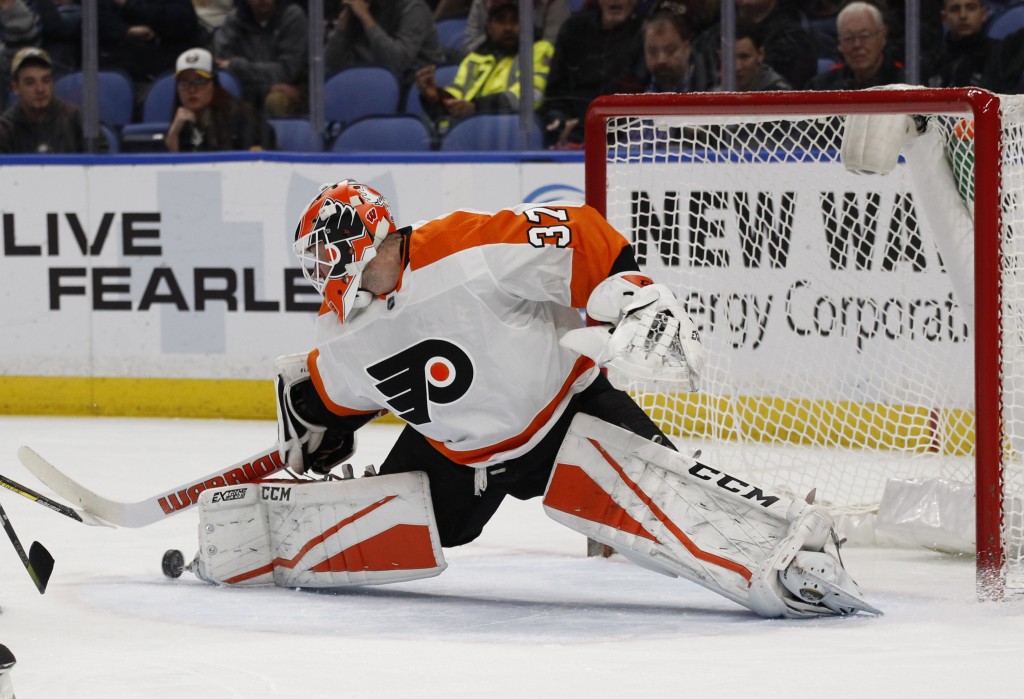 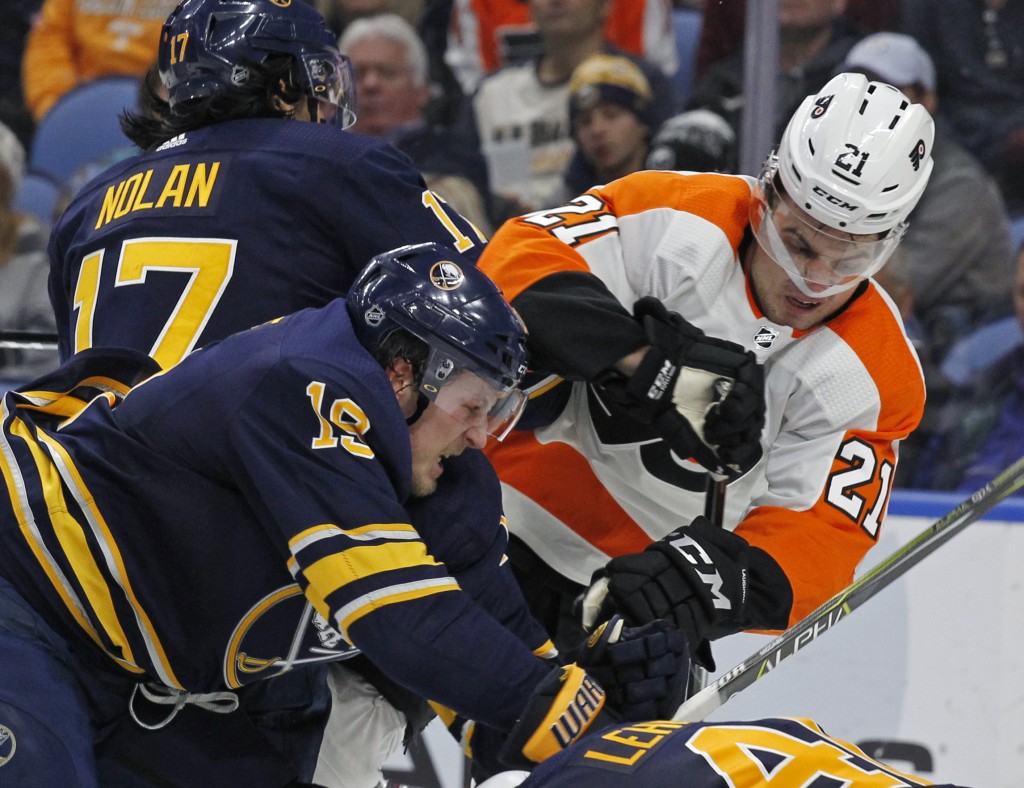 BUFFALO, N.Y. (AP) — Evander Kane had a goal and assist, and the Buffalo Sabres beat the Philadelphia Flyers 4-2 on Friday night for just their fourth win in the last 20 games.

Jack Eichel added two empty-netters, helping Buffalo hold on after Philadelphia scored twice in the final 2:10. Ryan O'Reilly also scored for the Sabres, who had dropped three in a row and five of six.

Robin Lehner stopped 33 shots. He was working on his second shutout of the season before Michael Raffl scored a power-play goal to cut Buffalo's lead to 2-1.

Shayne Gostisbehere scored for Philadelphia on a one-timer with 32 seconds left, but Eichel sealed the win by scoring with 1 second remaining.

Brian Elliott stopped the first 30 shots he faced, including Kane's penalty shot 3:42 into the game, and finished with 33 saves in his 400th career game. Philadelphia lost for just the second time in its past nine, and lost in regulation for the first time in seven road games (3-1-3).

All six goals were scored in the third, with O'Reilly opening the scoring 3:59 into the period.

Kane set up O'Reilly's goal by dropping a blind pass from the end boards into the left circle. O'Reilly got to the puck first and drove below the goal line before snapping a shot that sneaked in past Elliott, who was hugging the post. It was O'Reilly's ninth goal, but just his second in 16 games.

Kane then scored his team-leading 15th goal, deflecting in Josh Gorges' shot from the left point with 8:52 remaining.

The Flyers finished 1 of 5 on the power play, but failed to generate a shot during 40 seconds of 5-on-3 play early in the third period.

Scoring early continues to be an issue for Buffalo, which has produced a league-worst 15 first-period goals — eight fewer than a group of three teams tied for 30th.

The Sabres had their chances, including Kane's penalty shot after being tripped up on a breakaway by Gostisbehere. Kane drove in up the right side and snapped a low shot that was gloved by Elliott.

NOTES: Sabres LW Evan Rodrigues was a healthy scratch for the first time in seven games since being called up from AHL Rochester. ... Elliott has now stopped five of 10 penalty shots, including allowing a goal to Ondrej Kase in Anaheim's 6-2 win over the Flyers on Oct. 24. ... Kane has scored just once on seven penalty-shot attempts, and missed the last six chances since scoring on his first attempt while with the then-Atlanta Thrashers in a 4-2 win over Washington on Oct. 8, 2010. ... With Buffalo hosting the 10-nation World Junior hockey championship starting Tuesday, the Sabres hit the road for their next seven games. That includes Buffalo "hosting" the New York Rangers in the Winter Classic at Citi Field in New York on Jan. 1.

Flyers: At Columbus on Saturday.

Sabres: At Carolina on Saturday.