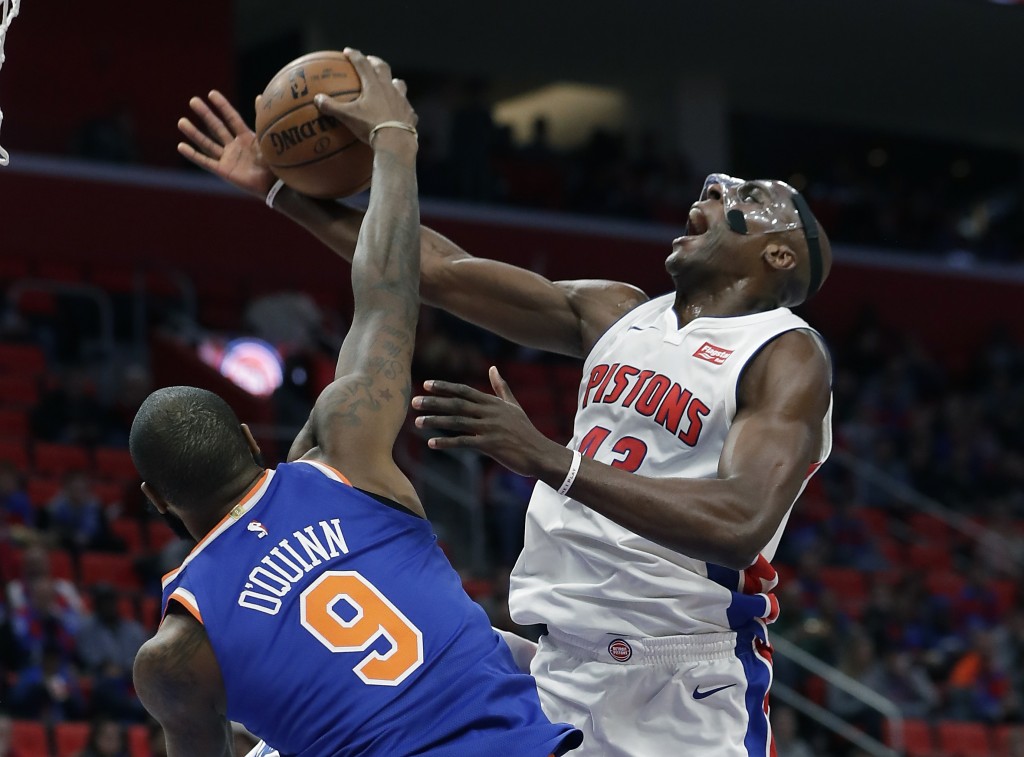 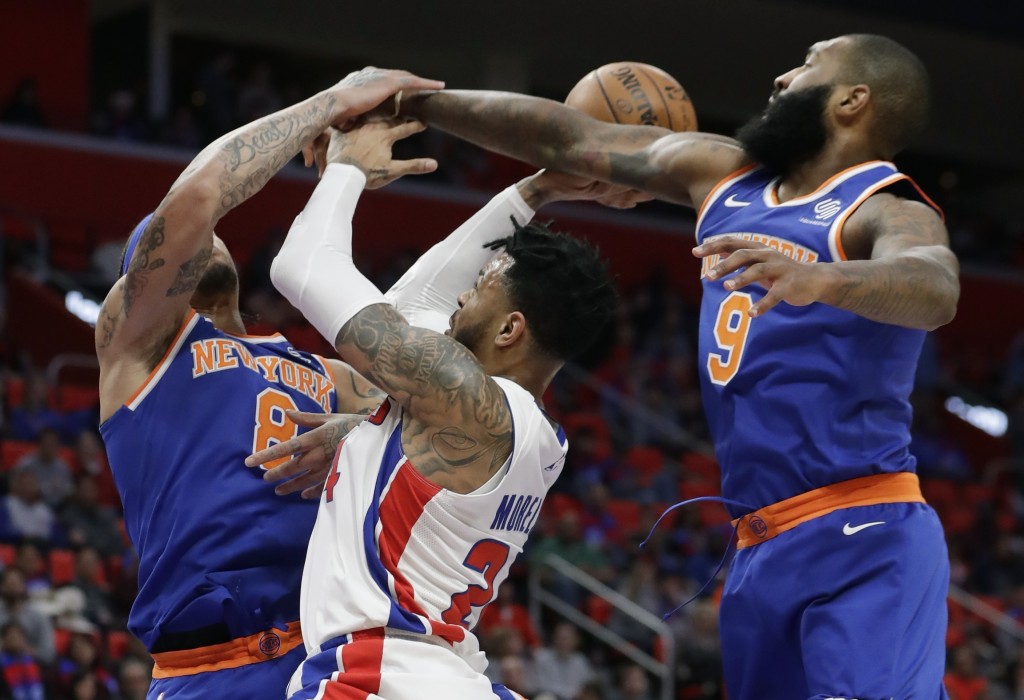 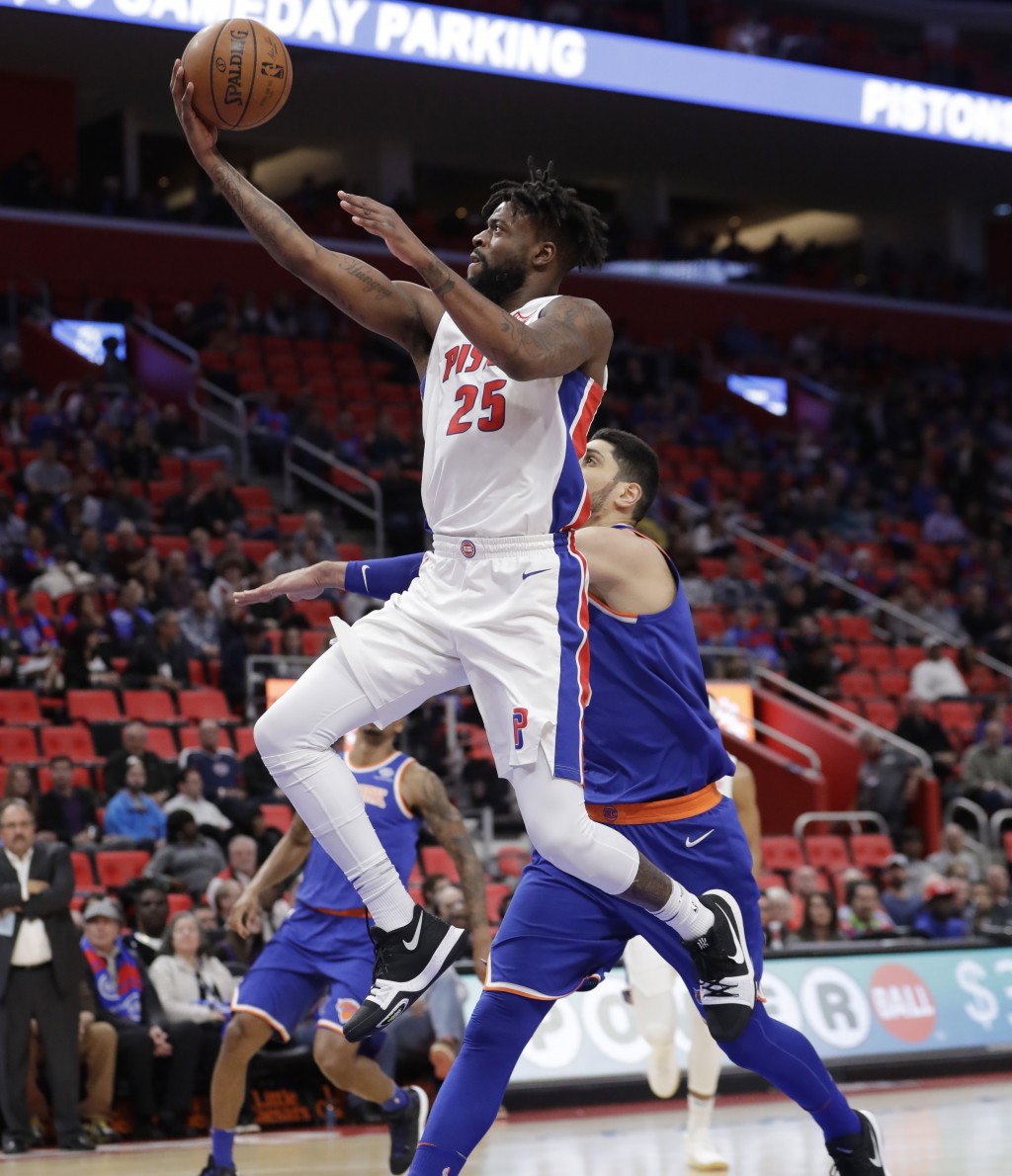 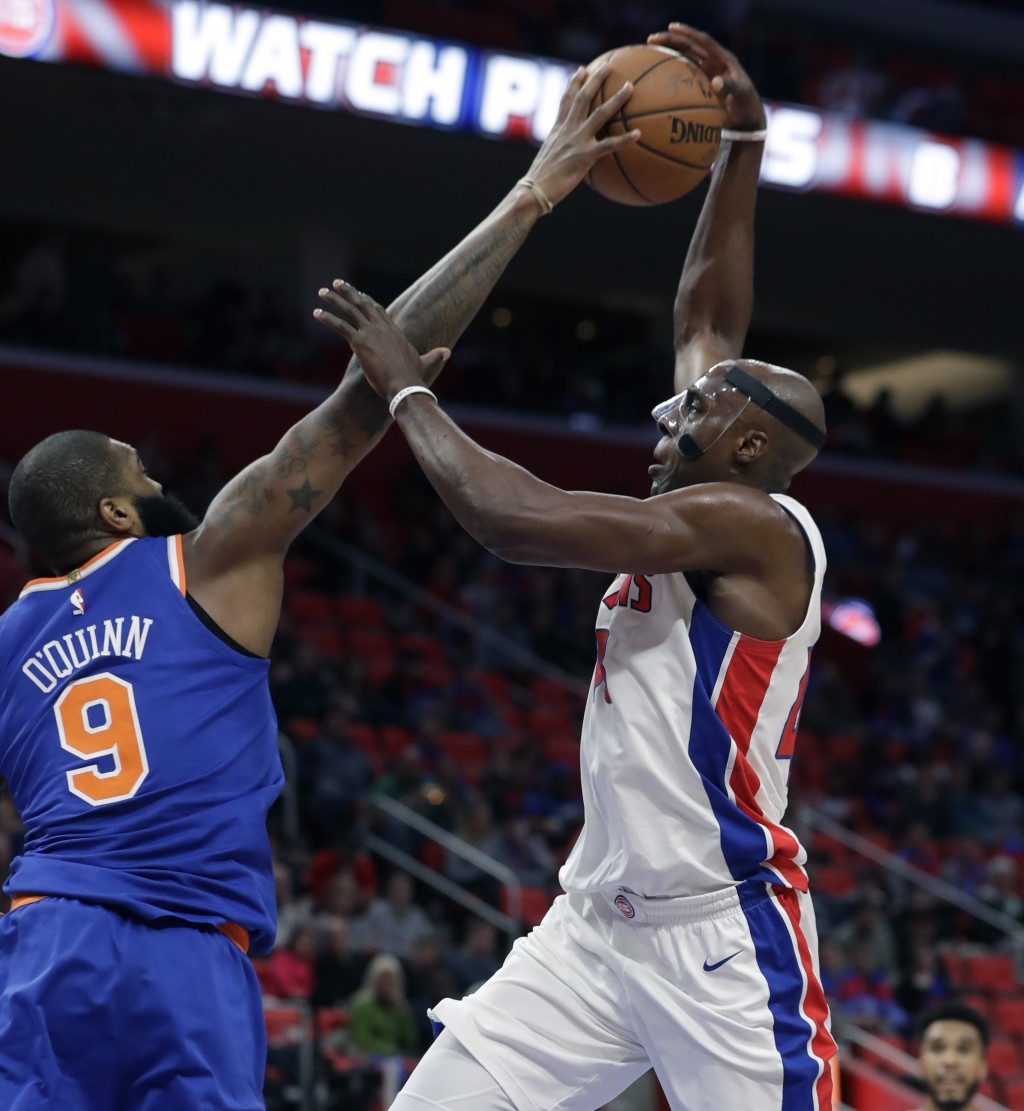 Tobias Harris scored 24 points for the Pistons, who won for the fourth time in five games.

The Knicks tied the game with 3:45 left when Drummond was called for goaltending, and Kristaps Porzingis followed with a mid-range jumper to put New York ahead 95-93. After the teams traded baskets, Tobias Harris missed and Jarrett Jack hit a short jumper to make it 99-95 with 1:48 to play.

Reggie Jackson's runner in the lane made it 101-101 with 44 seconds left, and Ron Baker turned the ball over at the other end. Jackson then split a pair of free throws to give the Pistons a one-point lead with 23.7 seconds to go.

New York had won five of six, including a victory Thursday night over the Boston Celtics. Porzingis finished with 29 points, and Enes Kanter added 22 points and 16 rebounds.

The Pistons pulled down four offensive rebounds in the first two minutes on their way to a 12-2 lead. Drummond had six points and six rebounds early, but the Knicks got back into the game when he went to the bench with two fouls.

Drummond was limited to seven minutes in the half, but the Pistons still led 52-44 at intermission. Harris and Anthony Tolliver each scored 10 points, while Porzingis had 10 points and six rebounds for the Knicks.

Kanter's follow shot gave the Knicks a 69-68 lead with three minutes left in the third, and he followed with another on the next possession. New York finished with an 18-2 run to move the margin to 75-70, but the Pistons scored the quarter's final four points to get within one.

Knicks: Guard Tim Hardaway Jr. missed the game with a leg injury, but was called for a first-quarter technical for arguing a call. His father was on the opposite bench as one of Stan Van Gundy's assistant coaches.

Pistons: Avery Bradley missed his fourth straight game with a groin injury and is expected to be out until at least New Year's Day.