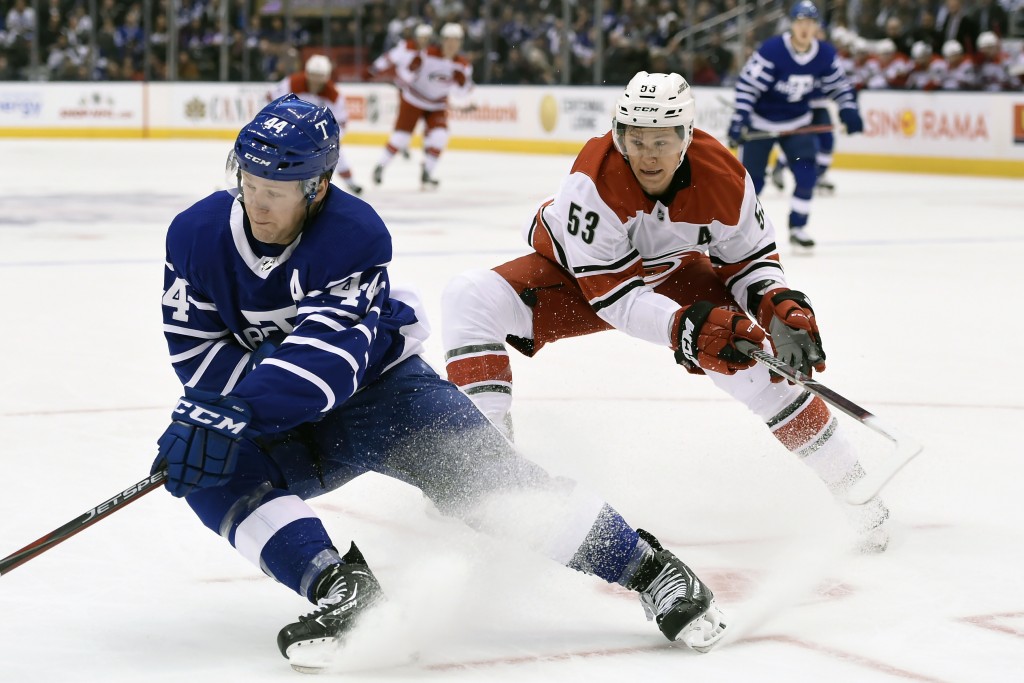 TORONTO (AP) — Toronto Maple Leafs star center Auston Matthews has been dealing with concussion symptoms after colliding with a teammate in a game earlier this month.

Matthews confirmed the nature of his latest injury Friday after participating in his first practice in two weeks. He has missed six games since a 4-3 win over Pittsburgh on Dec. 9, when he took an accidental hit to the head from Leafs defenseman Morgan Rielly. He also missed four games in November with what the team called an upper-body injury.

Toronto has gone 2-4 in their latest stint without Matthews.

The Maple Leafs play the second game of a five-game road trip Saturday against the New York Rangers. Matthews said he feels good, but the team has not indicated when he will return.