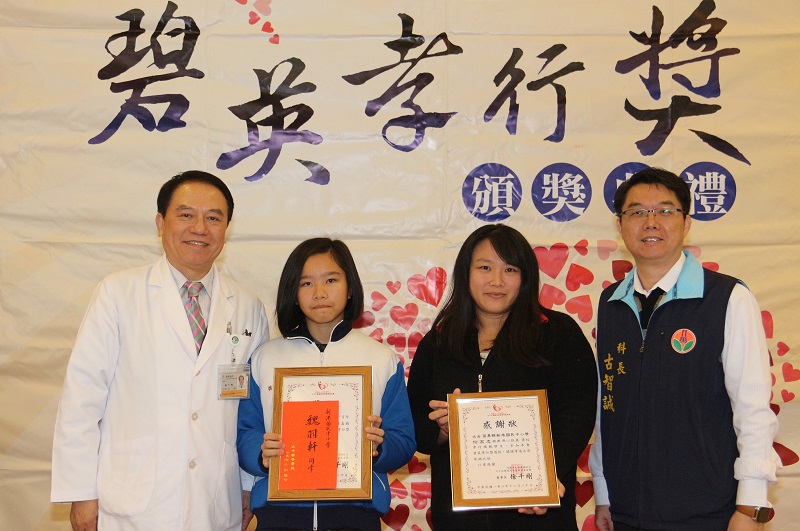 TAIPEI (Taiwan News)—A junior high school senior student received the filial piety award sponsored by the Da Chien charity foundation (大千慈善基金會) with tears welling up in her eyes on Wednesday because her grandpa she had been caring for just died three days ago. She went back to her seat, lowered her head, and couldn’t help sobbing while saying, “[I] wanted to dedicate the award to Grandpa in the heaven.”

Wei Yu-xuan (魏羽軒), a senior student in Xin-Gang Junior High School of Miaoli County, is the eldest daughter in her family and has a younger sister and two younger brothers. Due to some unidentified family situations, she had been living with her siblings, grandpa and great-grandmother, who is blind, according to media reports. However, her grandfather was diagnosed with cancer more than a year ago, which made him unable to work; therefore, she took upon herself to care for the young, old and sick in the family, media reports said.

The Miaoli office of the Taiwan Fund for Children and Families (TFCF) social work supervisor Liu Min-yue (劉旻悅) said the TFCF had been providing assistance to Wei and her three siblings, but since Wei’s grandpa fell sick, Wei not only looked after him and the great-grandmother but also divided and shared all the household chores with her younger siblings.

Liu said that even though Wei had to clean her grandpa’s excrement before going to school every day during his final stage of cancer and rushed home at noon to prepare lunches for the two senior family members, she had been top of her class and “the walls at her home are fully pasted up with certificates of awards." She is an independent, resolute, considerate yet pitiful child, the TFCF supervisor said.

“Grandpa took care of us many years, and when he fell sick, I tried to do my part to take good care of him,” Wei said, adding that sometimes Grandpa was depressed and would say something dispiriting and she would try to tell him to not think so negatively.

The filial piety award sponsored by the Da Chien charity foundation was given at Dachien Hospital on Wednesday, but Wei’s grandpa had succumbed to his illness and passed away three days before the award ceremony.

Wei is one of eight students who received the award this year. 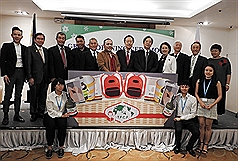 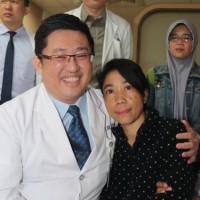 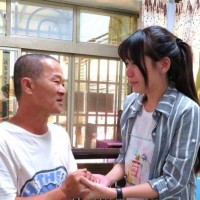