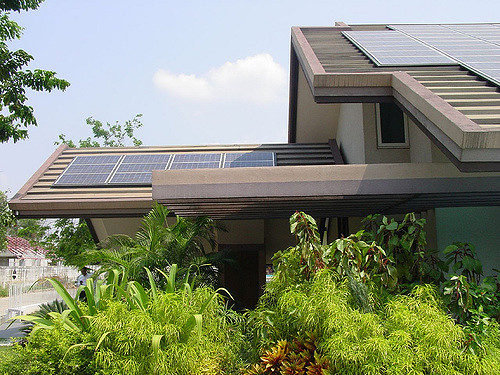 TAIPEI (Taiwan News)—Taiwan’s Bureau of Energy (BOE) has launched the Green Energy Roofs project to encourage the public to generate their own electricity and build the local distributed energy system (DES), which encompasses a diverse array of generation, storage and energy monitoring and control solutions, according to a news release issued by the BOE on Tuesday.

However, the project adopts the zero funding from the public, zero subsidy from the government policy, according to the BOE. Local governments will select suitable service providers to assist the public install solar PV systems on the rooftops, the bureau said in the release, adding that in the project, those who generate power via the rooftop solar PV systems will consume the power first before selling the excess power to the grid at the feed-in tariff during the time the system is completed for 20 years.

A rooftop solar PV system of 30 Taiwanese Pings (which are equivalent to 100 square meters) can provide 10 KW in capacity, the BOE said. The average monthly household power consumption is 330 kWh, which will charge averagely NT$693 (non-summer) to NT$785 (summer) in monthly bill, the bureau said, adding that the solar PV system can bring in monthly revenue of NT$674 in average, which can almost cover the entire electricity bill.

To promote the Green Energy Roofs project, the central government, local governments and selected service providers will form a task force to accelerate the installation of rooftop solar PV systems, bringing the above-mentioned benefits to the people, the BOE said. The 3% reward from the feed-in tariffs to the local governments will be put in the green power development fund, which will be used for local infrastructure, the bureau said.

The BOE lists five benefits for participating house owners: 1. Shape a better rooftop landscape with enhanced structural safety; 2. Lower indoor temperature by 2 to 3 degrees Celsius, which means lower air-conditioning electricity costs; 3. House owners do not pay for the systems but can enjoy the benefits; 4. Quality equipment would be guaranteed by service providers which are selected by the local governments; 5. Smart meters keep users informed about power consumption, which would help conserve energy and lower electricity bills.

With regard to overall benefits the Green Energy Roofs project can bring, the bureau lists the following four:

1. Solar PV systems produce high power around noon each day, which can meet the need for peak-hour power demand. The systems are estimated to increase percent reserve margin by 1.06%, which would contribute to a steady power supply.

3. Shape a better landscape for the city through a comprehensive rooftop designs by solar PV service providers.

4. Boost domestic demand and renewable energy business opportunities. It is estimated to attract NT$120 billion in investment and create 12,000 jobs per year.

“Our shared vision is to become nuclear-free by 2025 and the Green Energy Roofs project will help us achieve that vision step by step,” the BOE said. 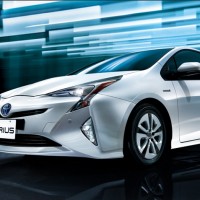