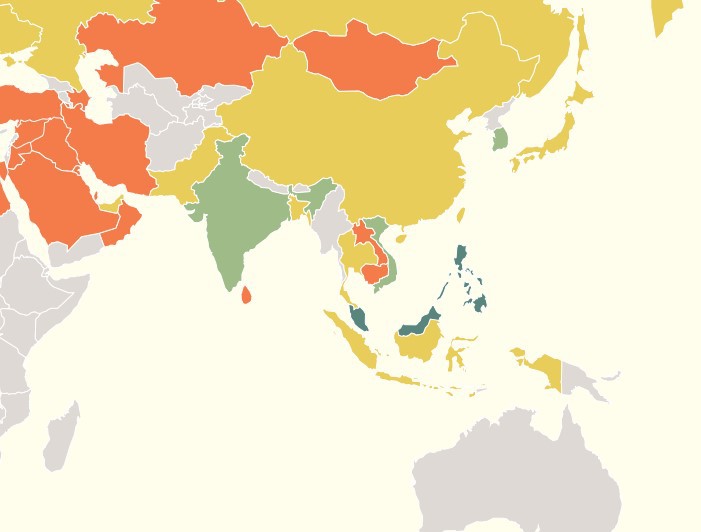 TAIPEI (Taiwan News) --Taiwan’s English proficiency has gone from “intermediate” to “low” category after three years of maintaining in the "intermediate" category, according to the English First's (EF) global English Proficiency Index for 2017.

Taiwan has been ranked 11th in the Asia region and 40th worldwide out of 80 non-English speaking countries around the world in English proficiency index.

Taiwan’s ranking for 2017 is seven notches lower than 2016, falling from the 33rd position to the 40th, standing at 52.04 points out of 100, which is also the country’s lowest ranking over the past seven years.

Northern European countries dominated the top five spots, with the Netherlands leading the pack followed by Sweden, Denmark, and Norway. Singapore is the only Asian country that made into the top five bracket and topped the regional ranking with the score of 66.03. The Middle East was the region with the lowest English proficiency on the planet. English First (EF), an international English Second Language (ESL) education company, released its seventh global English Proficiency Index for 2017 on Monday, which was based upon test data from more than one million students completing three versions of the EF Standard English Test in 2016.

The study found that overall worldwide, women’s English proficiency is higher than men’s.

“Women in most countries are more educated than men, more likely to complete general-track secondary school rather than vocational-track, and more likely to attend university,” said EF.