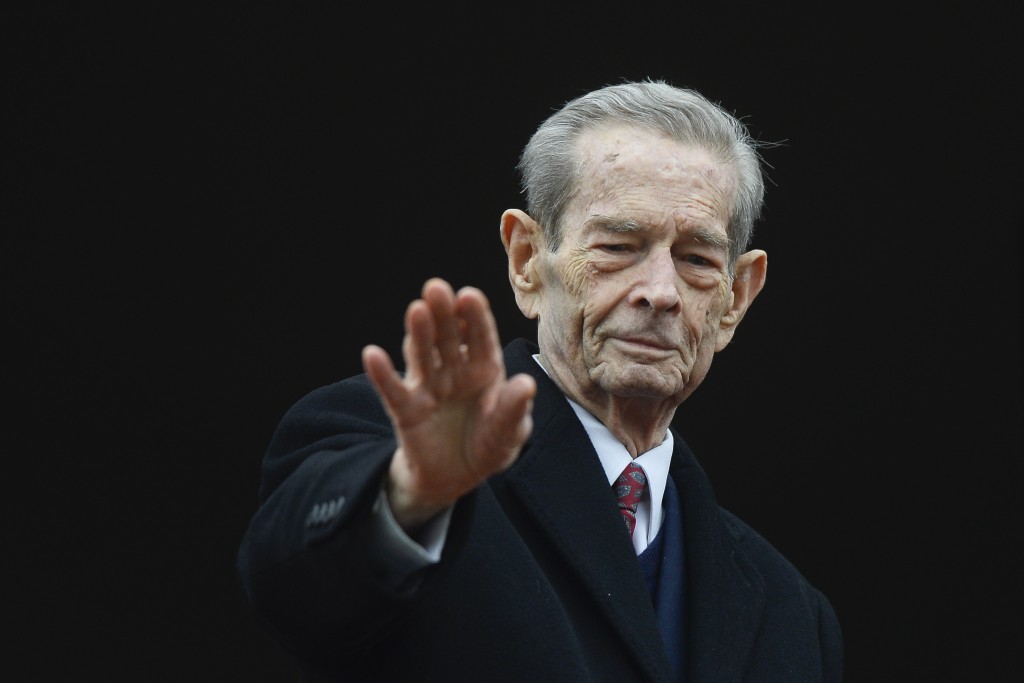 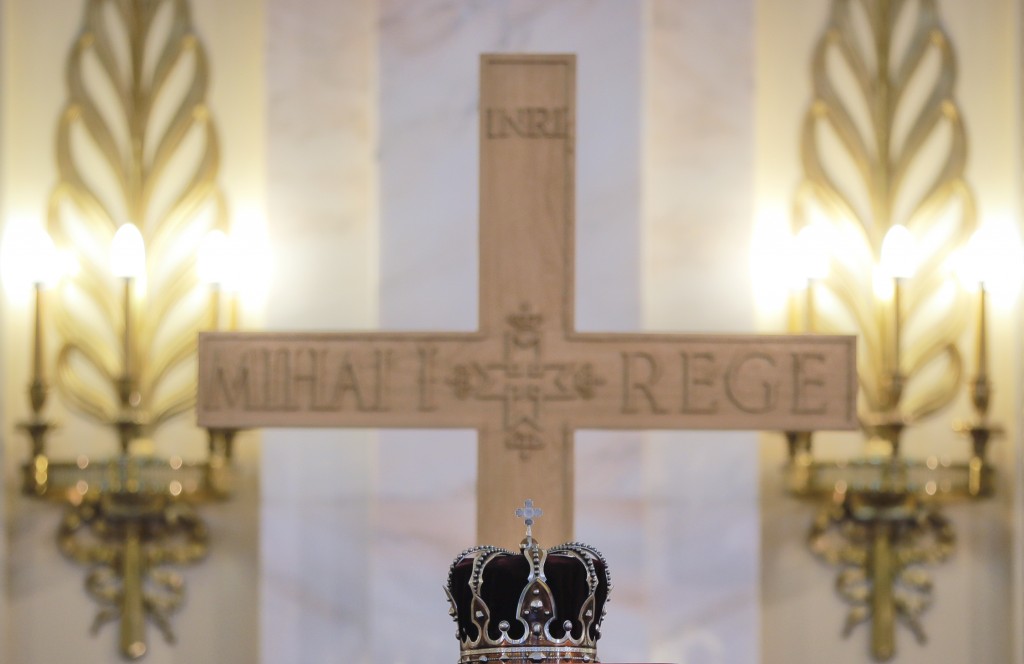 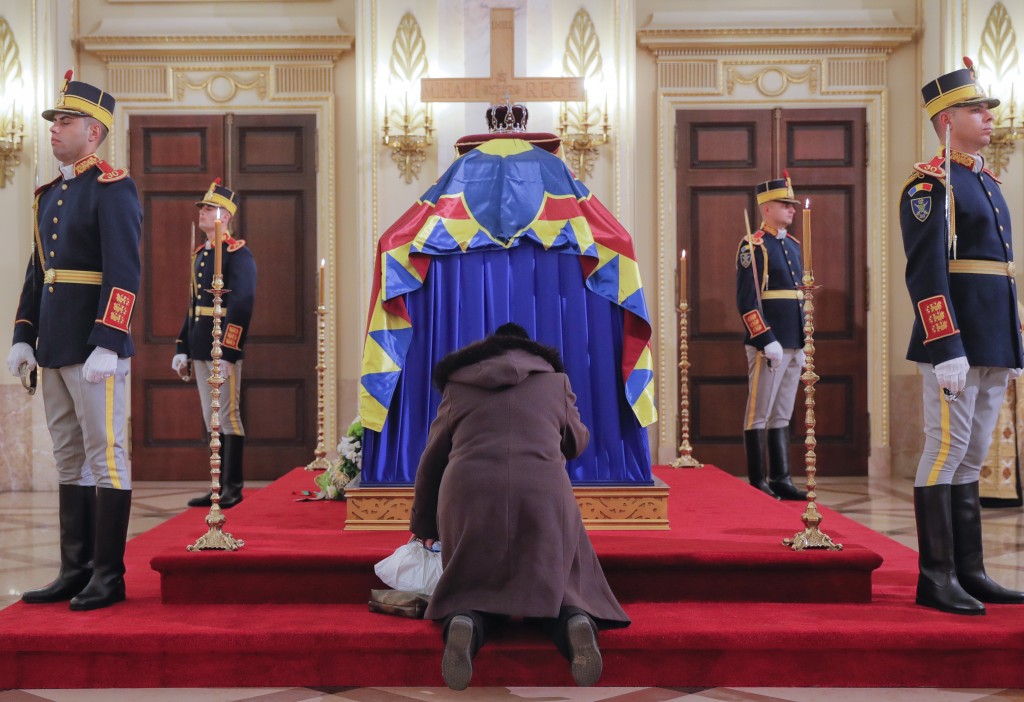 BUCHAREST, Romania (AP) — King Michael, who ruled Romania twice before being forced to abdicate by the communists in 1947, died at age 96 in Switzerland this month.

The late monarch's remains were flown by military plane to Romania this week and received with great fanfare. Romanian politicians, diplomats and tens of thousands of mourners have paid their respects at his coffin, first in the mountain resort where he was born and then at the Royal Palace in Bucharest.

Here are five things to know about the state funeral that will be held Saturday in the Romanian capital.

Everyone's been admiring and wondering about the crown which stands atop the king's coffin.

It's a replica of the original steel model, which is in the National History Museum. The crown was originally made in 1877 for Carol I, Romania's first foreign king, from one of the cannons of Turkish soldiers defeated by Romanian troops in the Bulgarian city of Plevna during the war of independence.

Carol I wanted it made from steel rather than gold to symbolize the courage of Romanians soldiers.

An illustrious roster of royals, most of them from European royal families, will be on hand for the funeral.

Britain's Prince Charles will be in attendance — Michael was a first cousin of his father the Duke of Edinburgh.

Sweden's King Carl XVI Gustaf and Queen Silvia will be there as will Spain's former King Juan Carlos and Queen Sofia who are close to Romania's royal family.

While the guest list is grand, Michael had to contend with plenty of more mundane problems with his five daughters, as well as an estranged nephew who's on trial for money laundering, though he denies wrongdoing.

Irina Walker, formerly known as Princess Irina, has appeared publicly with her four sisters for the first time since Michael stripped of her title in 2013 after involvement in illegal cockfighting.

The family also seems to have reconciled with Michael's estranged grandson, Nicholas Medforth-Mills. The royal house filed a complaint with Swiss police in November alleging he had tried to force his way into his grandfather's home. Medforth-Mills has appeared in the family lineup together with his fiance.

Prince Paul, the one who's charged with money laundering, and is grandson of Carol II, Michael's father, won't get an invite to the funeral though. He did pay his respects at the coffin this week though.

Michael's final journey before he is buried at the Curtea de Arges cemetery in central Romania will be by royal train.

For many, it's a sad reminder of the train the communists made Michael and his mother Queen Helen take from Bucharest to Switzerland after he was forced to abdicate in December 1947 and began his exile 70 years ago.

It's not clear exactly how much Michael and the royal house owns, but they do have castles and real estate.

While Romania has been a republic for 70 years, the monarchy still holds some allure for Romanians, and Michael was seen as a symbol of morality and modesty.

There is speculation that Prince Paul may seek material reparations, and Medforth-Mills, who's among the more popular royals, may seek a wider public role after his mysterious disinheritance in 2015, allegedly over a child born out of wedlock.