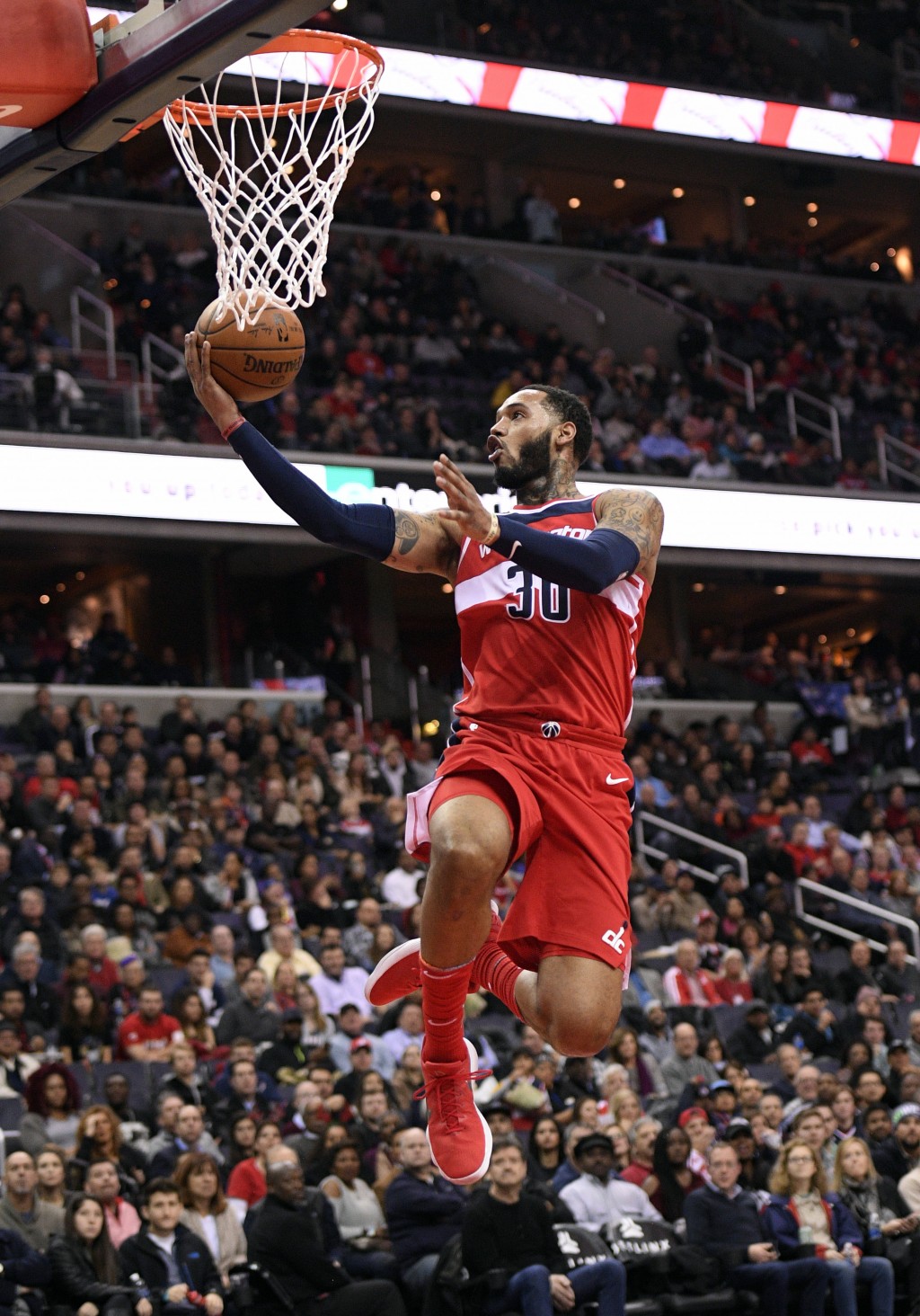 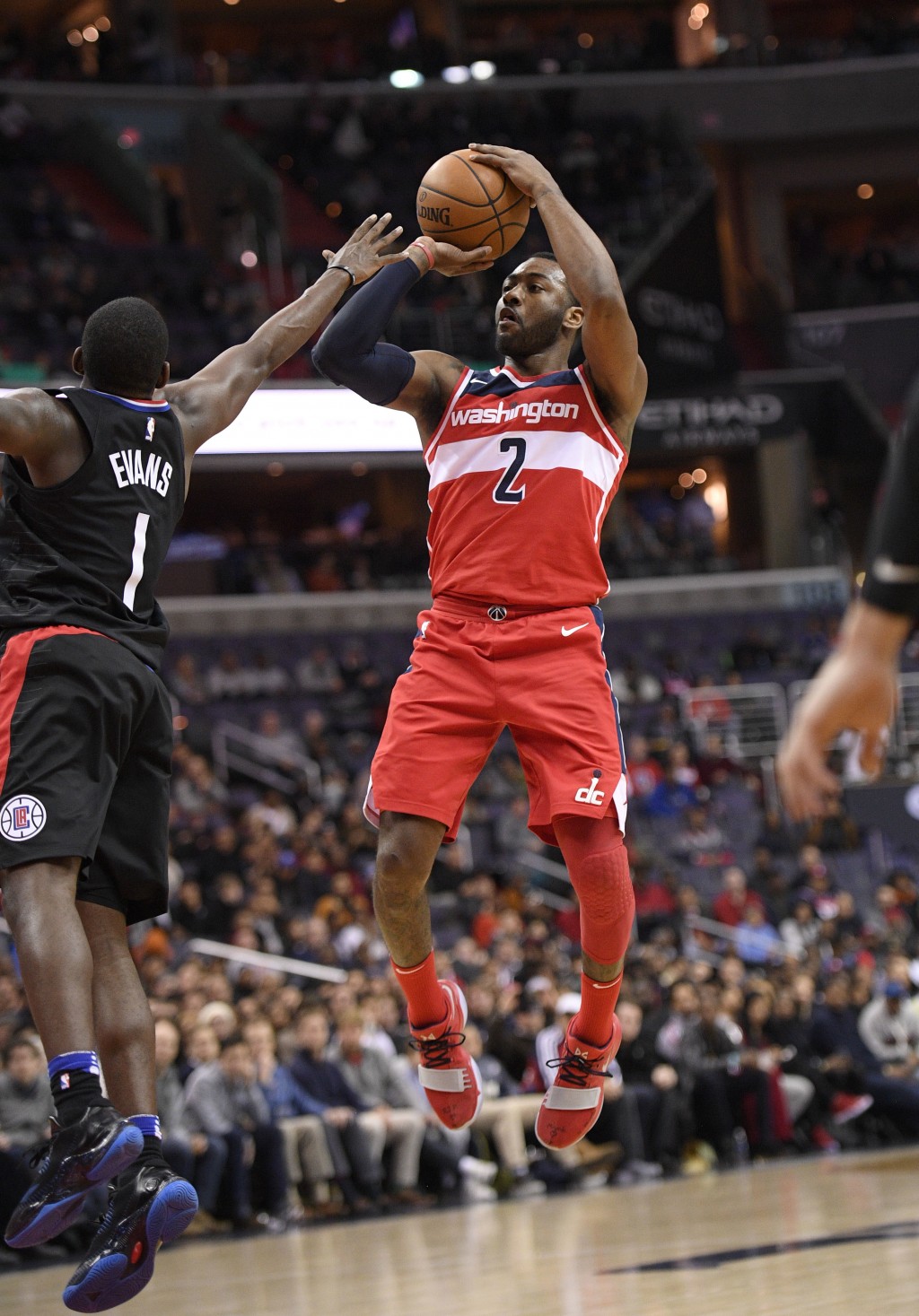 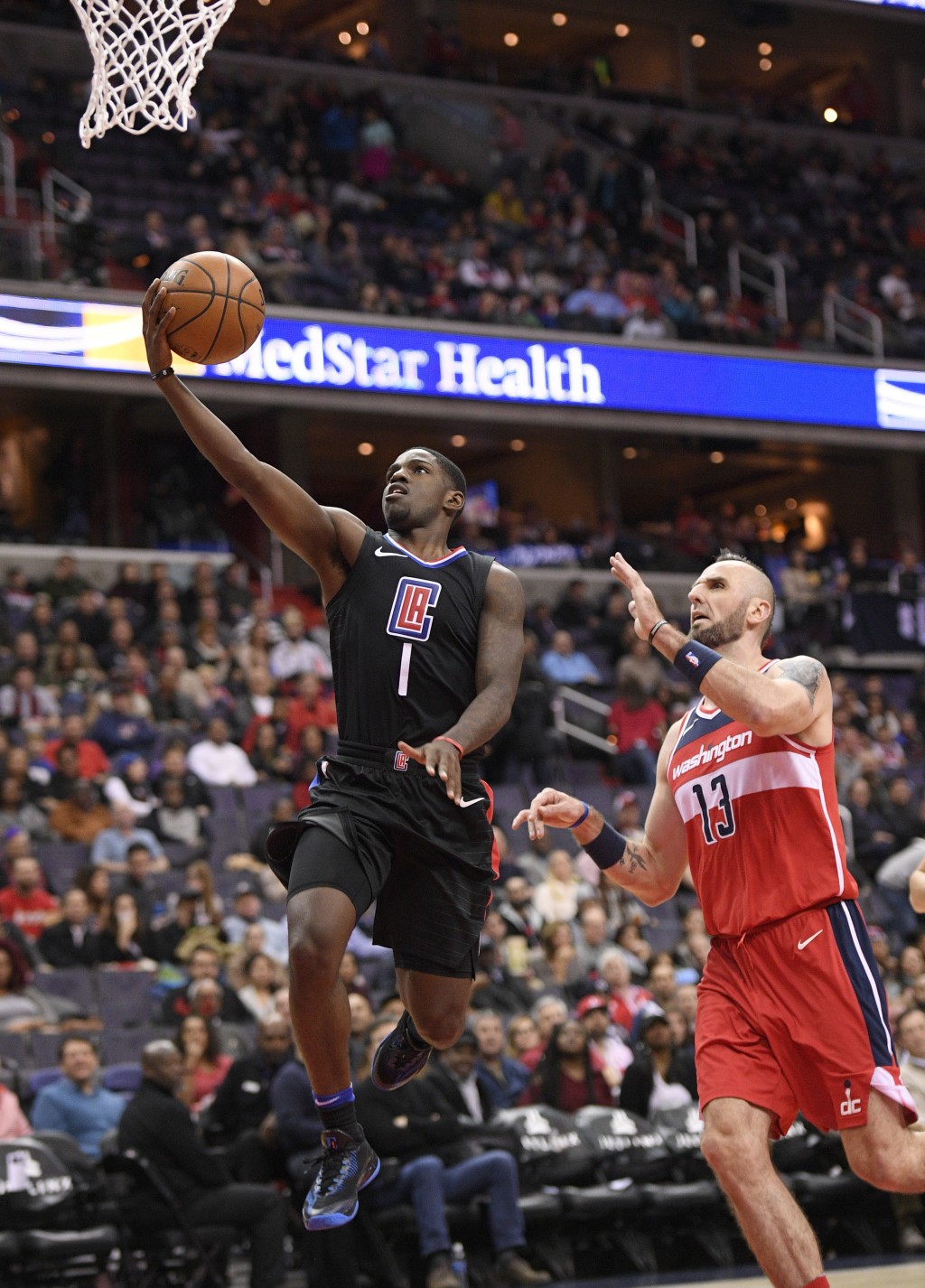 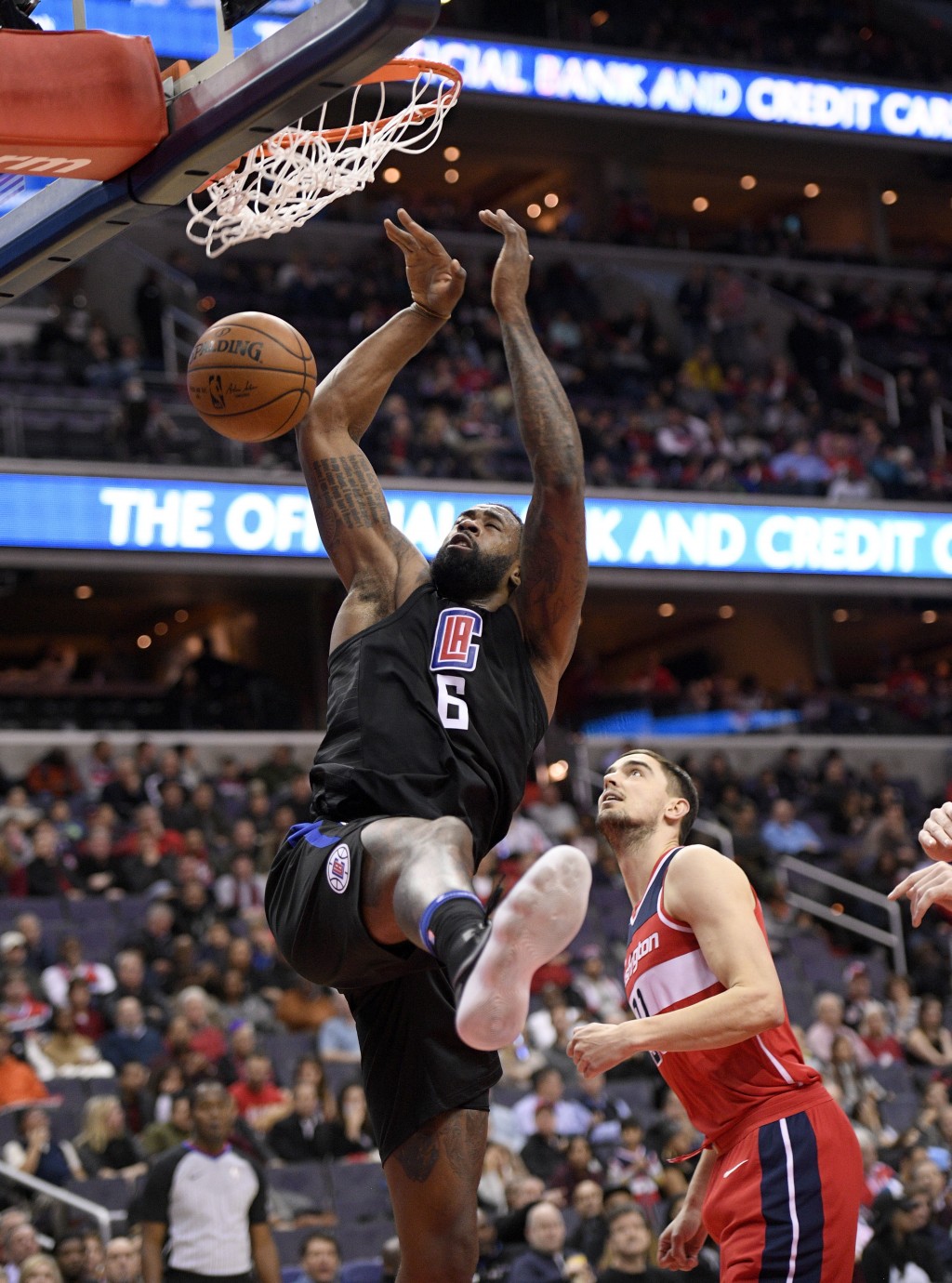 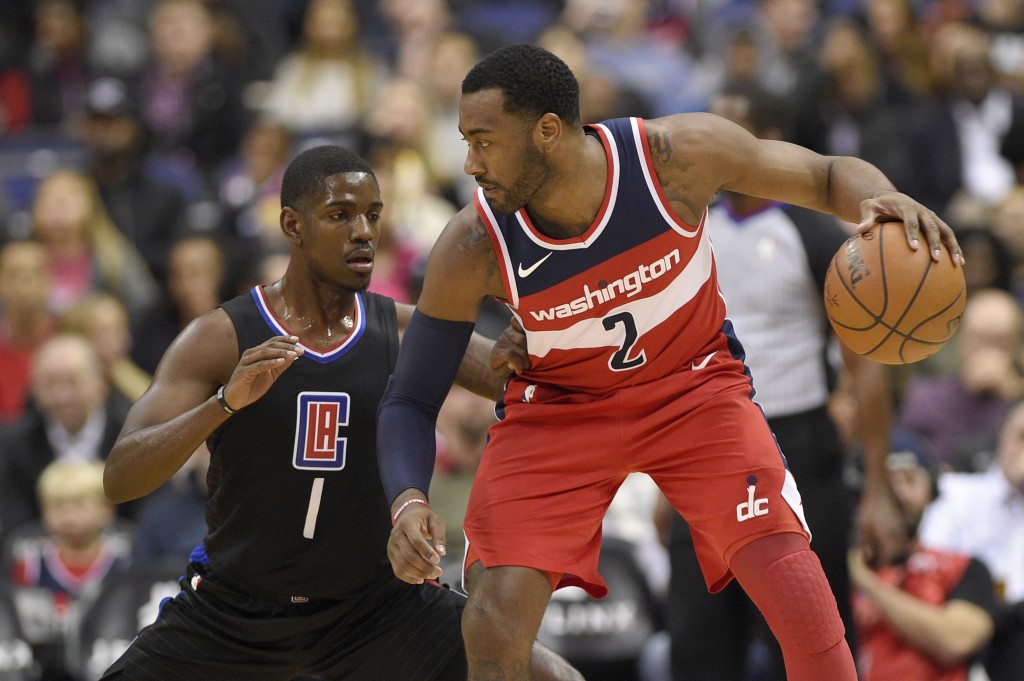 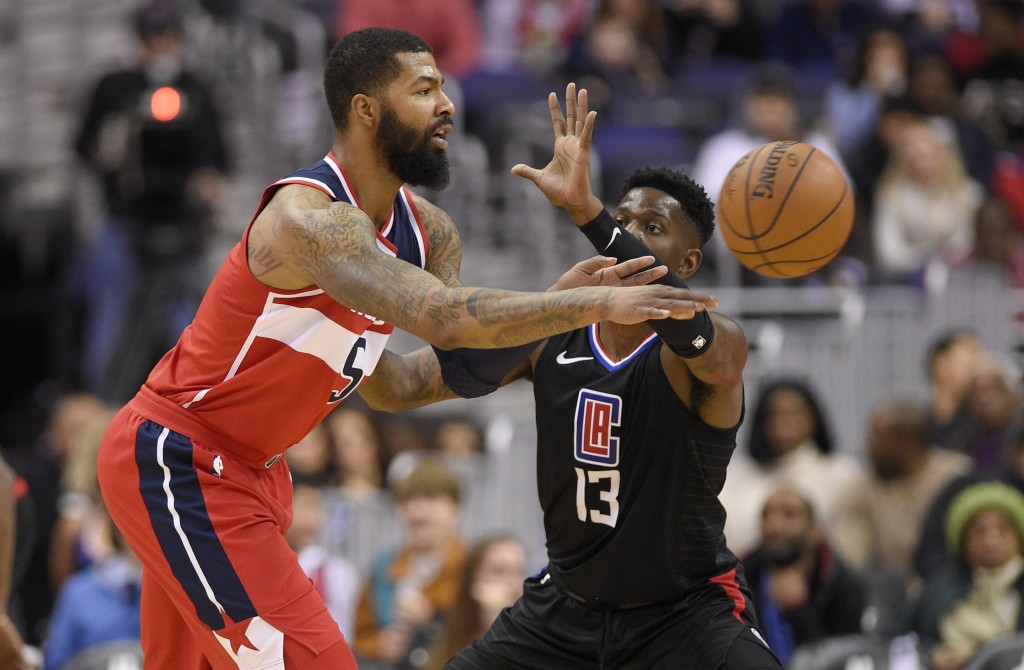 WASHINGTON (AP) — For the second time in a week Mike Scott was almost perfect. Both times it happened against the Los Angeles Clippers.

Scott tied a season-high with 22 points while Bradley Beal added 20 as the Washington Wizards held off the Clippers 100-91 on Friday night.

"He loves to play against the Clippers, I know that," Wizards coach Scott Brooks joked after Scott went a combined 18 for 23 from the field as Washington split two games with the Clippers over the last seven days.

Scott scored 10 points in the third quarter, hitting four of his five shots from the field. Scott, who averages 8.4 points per game, has made 34 of 43 shots over the last six games for the Wizards.

"Just in a zone," Scott said when trying to explain his recent shooting surge.

"I didn't think I'd be shooting like this either."

John Wall scored 15 points on just 5-for-16 shooting in his second game back after a nine-game absence but scored seven points as the Wizards closed the game on an 18-9 run after Los Angeles had come back to tie the game at 82 on a 3-pointer by Lou Williams.

"He made big plays for us down the stretch," Brooks said about Wall. "He's a gamer, he's a closer."

For Wall and the Wizards, the scene of blowing a large lead against a team under .500 was almost all too familiar.

"We always show these lapses," Wall said after the Wizards built up double-digit leads in all four quarters only to once again wait until the end to seal the victory. Washington is 8-8 against teams under .500 including home losses to the Mavericks and Suns.

Williams led the Clippers with 23 points while rookie Jawun Evans had a career-high 15 points as Los Angeles had a three-game winning streak snapped.

DeAndre Jordan had 12 points and 16 rebounds.

"That's all you can ask," Clippers coach Doc Rivers said about his team's ability to come all the way back from 18 down to tie things up in the fourth quarter despite missing multiple starters. "We're just going to try to stay in games and steal them at the end. That's what we tried to do tonight."

The Clippers are 0-8 when trailing after the third quarter on the road and just 2-13 overall.

Otto Porter Jr. left the game with 8:56 remaining in the first half after picking up two fouls. A few minutes later Porter went to the locker room with a trainer and missed the rest of the game with a right thigh bruise, finishing with a season-low 3 minutes and two points. Brooks said Porter is day-to-day.

Los Angeles erased the majority of an 18-point deficit to pull within 48-43 at the half.

Clippers: G Milos Teodosic was out with a minutes restriction from an earlier plantar fascia injury while G Austin Rivers was out in the concussion protocol. ... Doc Rivers used his 11th different starting lineup in 27 games.

Wizards: F Markieff Morris returned to the starting lineup after missing Wednesday's win over Memphis with right hip soreness. ... Wall missed his first two free throws after going 0 for 4 from the line against Memphis and finished 3 for 5.

In an effort to keep Wall healthy, Brooks has instituted a no dunking policy during practice for the four-time All-Star even though he admitted it will be hard to enforce.

Upon hearing the rule during pre-game Doc Rivers joked: "Well, Scotty's used to that because he had that policy for his whole career as a player."

Wall didn't have a dunk against the Clippers.

Clippers: Los Angeles continues its four-game trip at Miami on Saturday. The Clippers lost to the Heat 104-101 on Nov. 5.

Wizards: Washington hosts LeBron James and Cleveland on Sunday. The Wizards lost to the Cavaliers 130-122 on Nov. 3.