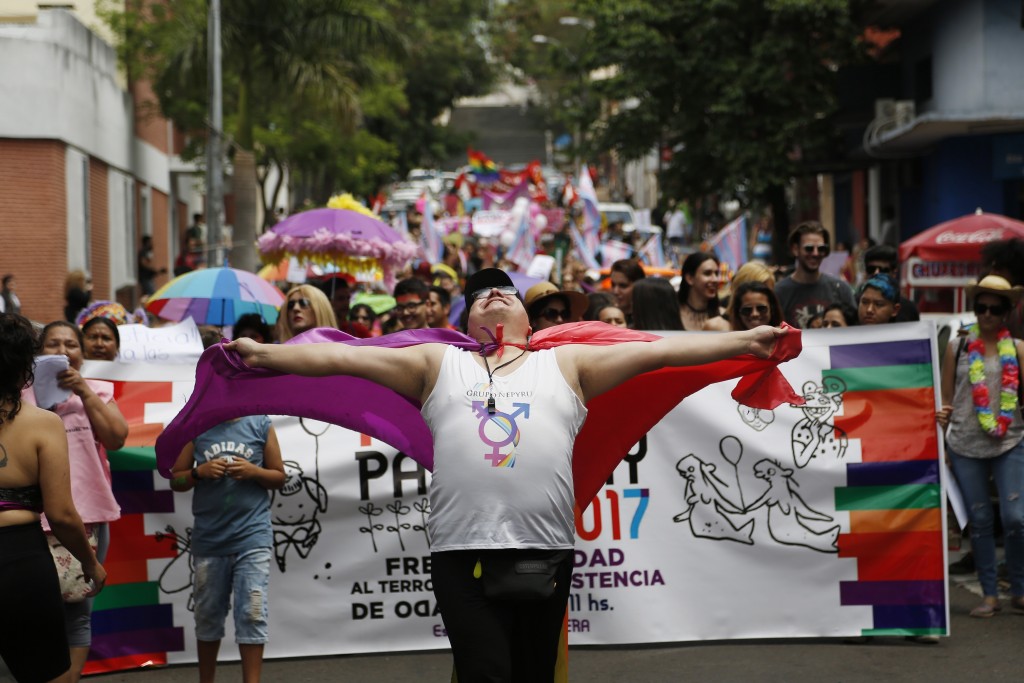 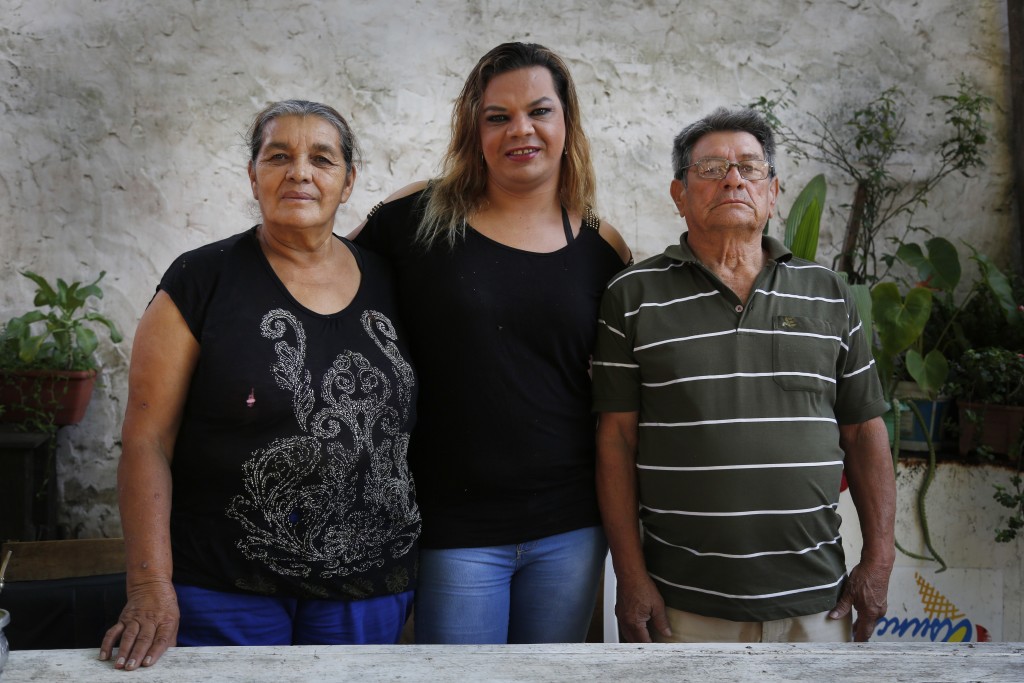 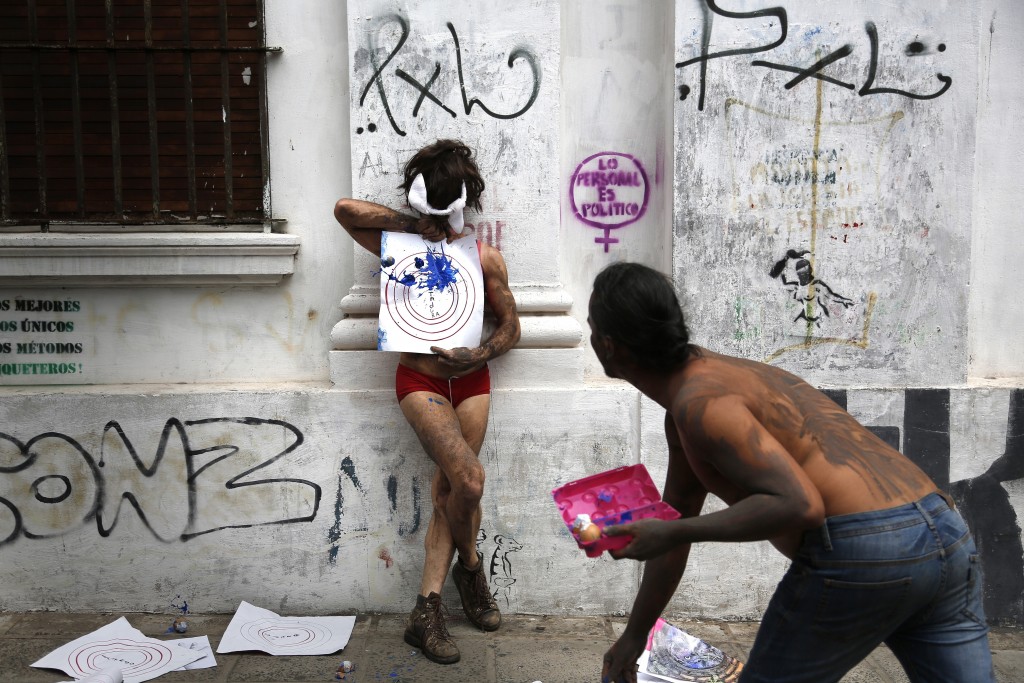 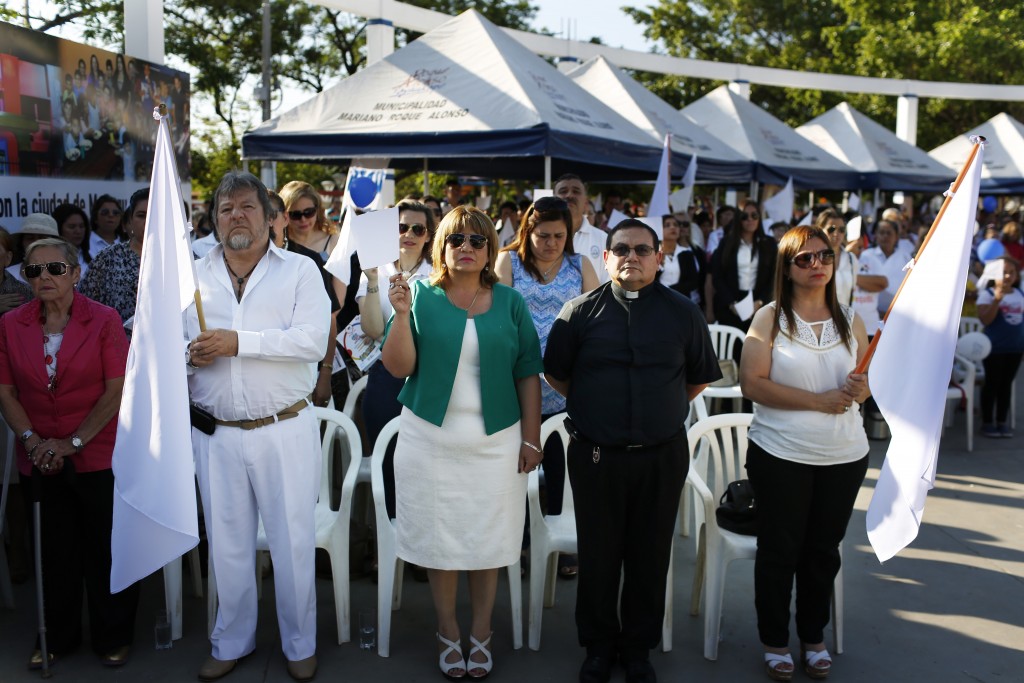 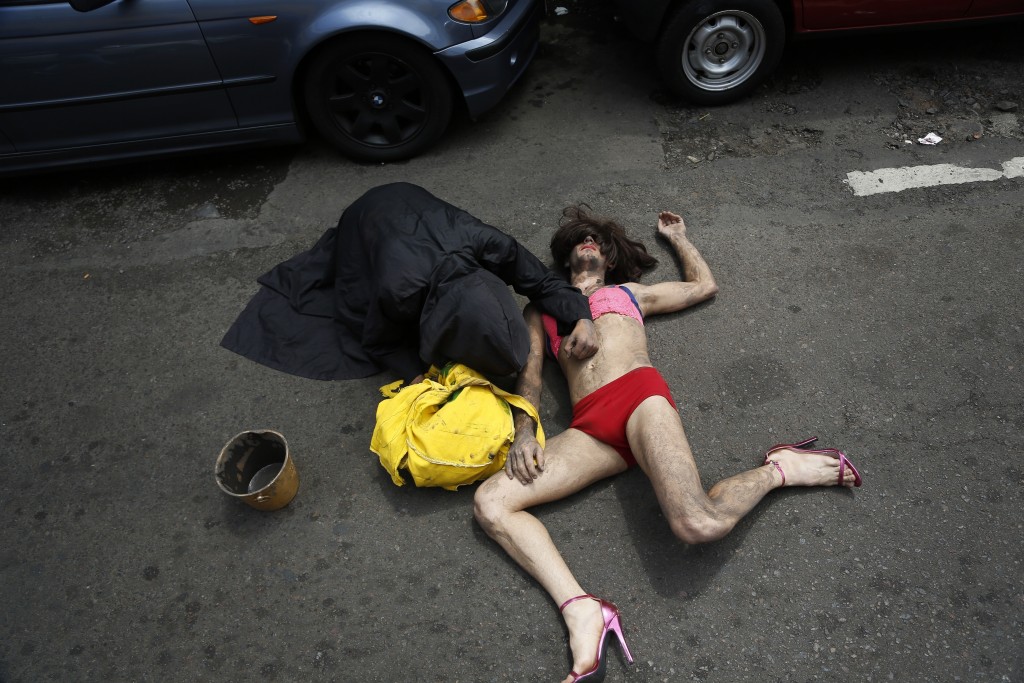 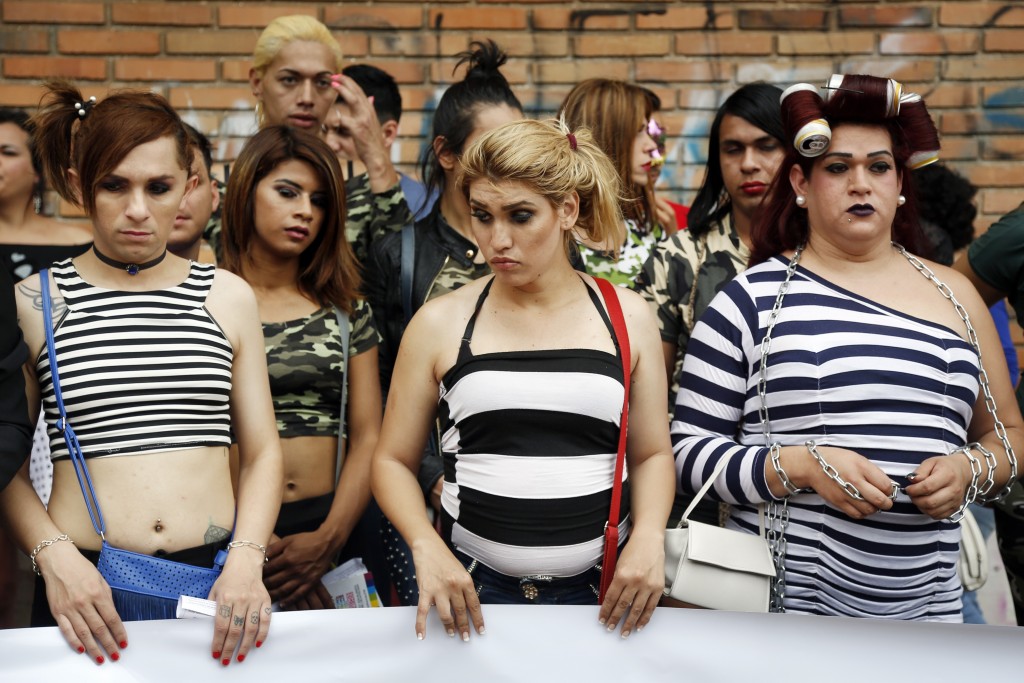 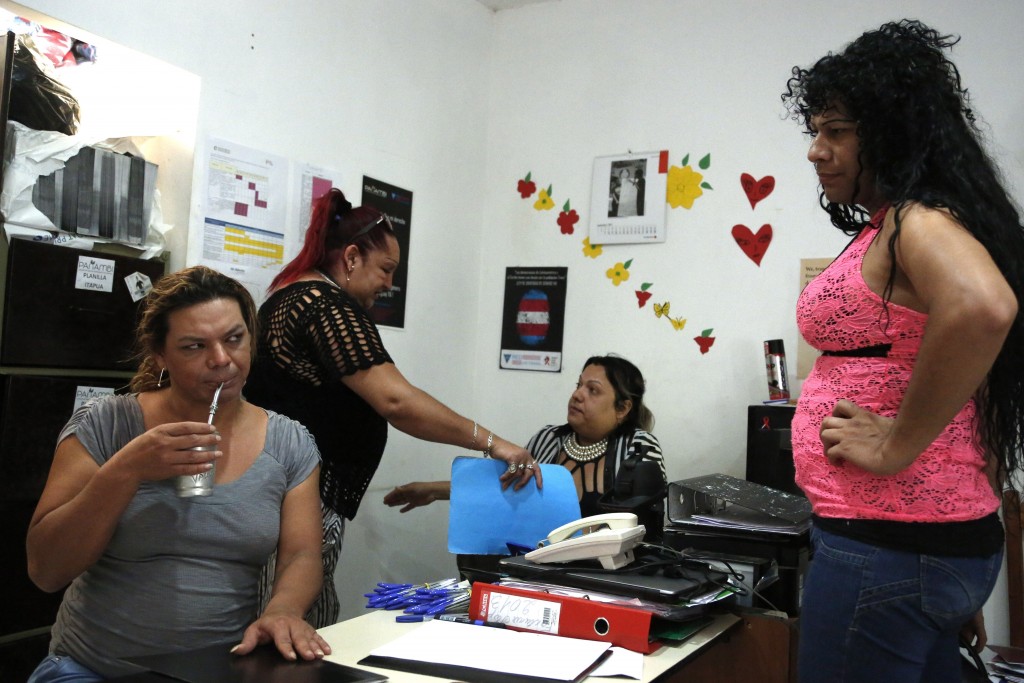 ASUNCION, Paraguay (AP) — Mariana Sepulveda has been stabbed on the street, detained by police and expelled from her high school — all for being transgender in Paraguay, one of the most sexually conservative countries in Latin America.

"I've felt hate for not being heterosexual," said Sepulveda, 32, who now works for an advocacy group. "Raising a family, having a partner, adopting children seems out of reach because there are no legal conditions for us in Paraguay."

A lack of legal protections and prevalent macho attitudes have long stoked discrimination against lesbians, gays, bisexuals and transgender people in the poor, mostly Roman Catholic country. Advocacy groups fear the stigma and attacks on the LGBQT community could get worse now that the education minister has banned classes about sexual diversity in schools and even volunteered to help burn all books related to the subject.

The ban was implemented in October after the United Nations Children's Fund issued a guidebook for teachers on avoiding discrimination between girls and boys and achieving gender equality.

"We're not going to promote gender ideology," Education Minister Enrique Riera told local media earlier this year. "We're going to base ourselves on what is expressed in the constitution, which says that marriage is between a man and a woman."

Gay rights groups say the ban goes against Paraguay's constitution because it is discriminatory and ignores the recommendations by UNICEF and other international organizations.

"We're living a sad time of religious fundamentalism, intolerance and hate that places this country as the most homophobic one of the region," Somos Gay, a Paraguayan gay rights group, said in a statement. It added that "this situation has an impact on human lives. Hate crimes, bullying and violence are the disastrous consequences of this encouragement of homophobia."

Attitudes about LGBQT rights in Paraguay stand in sharp contrast to other countries in the region.

But conservative institutions such as the Catholic Church retain a strong influence in Paraguay.

"There's the indifference of the state toward sexual minorities to avoid confronting the church," said Ramon Corvalan, a Paraguayan anthropologist. "The lay state thing is just a statement in the constitution. The church is still strong here."

He said that "homophobia in Paraguay has a cultural origin based in male chauvinism" that dates back to wars that shaped the country.

Nearly two of every three Paraguayans died in a disastrous war against Argentina and Brazil in 1865-70. The victorious 1932-35 Chaco War with Bolivia was also devastating. Both left a heavy imbalance between the male and female populations.

"There was an availability of many women for the men who had survived the wars in an effort to repopulate the country," Corvalan said.

Earlier this year, the U.N. Human Rights Council recommended Paraguay pass a law to eliminate discrimination on the basis of sexual orientation and gender identity, but it has not done so.

"Perhaps international organizations like the U.N. and its agencies are worried about this issue of rejection for non-heterosexuals, but in Paraguay it's not a key issue," said political analyst Ignacio Martinez.

President Horacio Cartes has also been criticized for his attitudes toward the LGBQT community. Just months before he was elected in 2013, he compared gay people to monkeys and said he would rather shoot himself in the testicles before his son married a man. Cartes later apologized, but the comments have not seemed to hurt his political career.

The ban on teaching about sexual diversity may further stall Paraguay's embrace of LGBQT rights.

At a school on the outskirts of Asuncion, students wrote a report seeking to prove that homosexuality is a "social problem." After it went viral on social media, the school principal, Margarita Aquino, apologized and acknowledged that in Paraguay's "public schools, sexual education doesn't exist."

But the leaders of some communities say they prefer it this way.

"We don't support same-sex marriage because it's not natural, and we oppose that in our schools they teach our boys and girls that being gay, trans or lesbian is a choice," said Carolina Aranda, mayor of the city of Mariano Roque Alonso. "I'm not homophobic; I have gay friends. But I don't want them to teach kids things that are not normal."