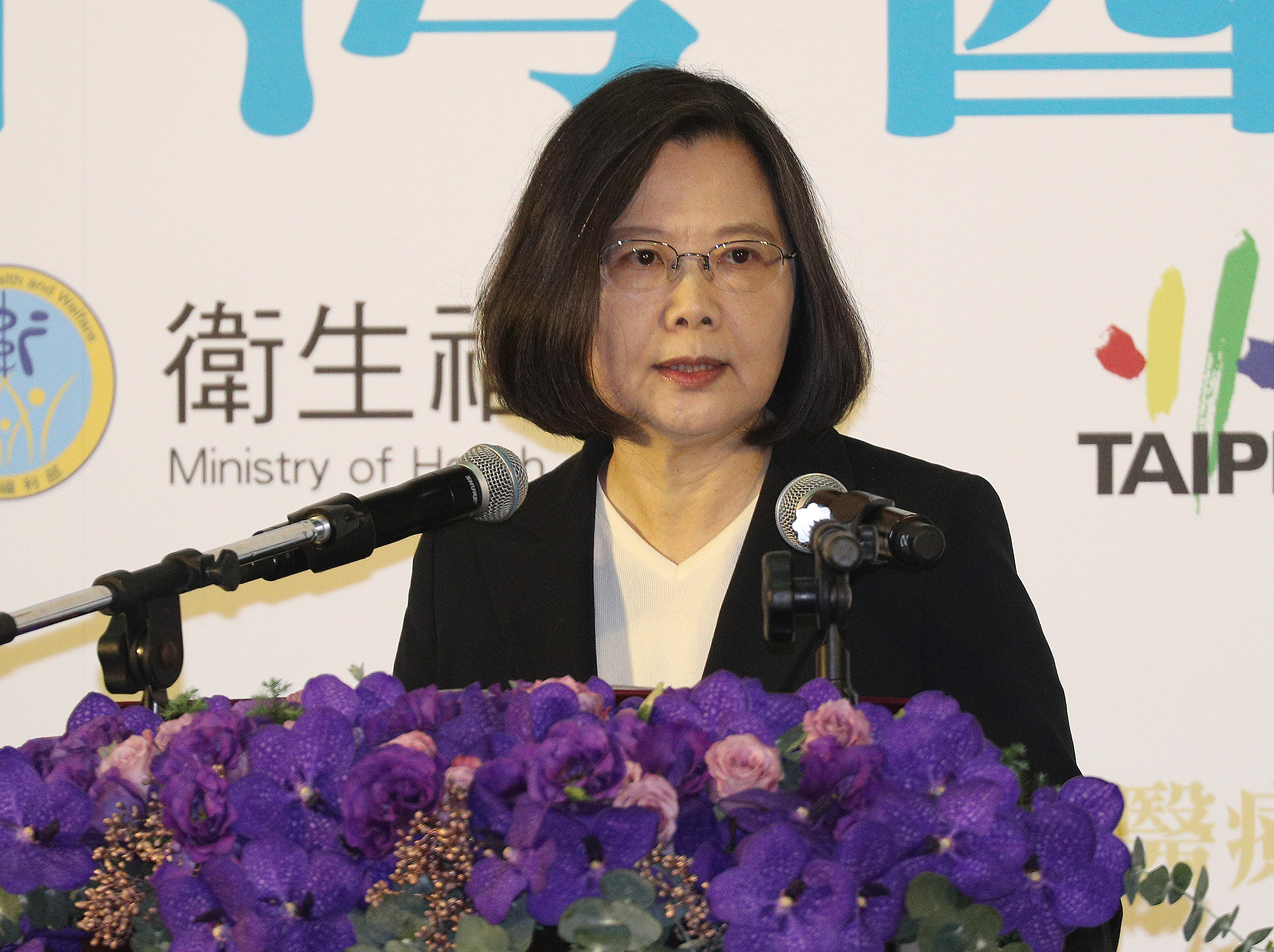 President Tsai Ing-wen on Tuesday hailed a law amendment lowering of the thresholds for referendums as a "historic moment" that ushers in a new era in which "people are the masters" of the country.

In a post on her Facebook page following the passage of the amendments to the Referendum Act in the Legislature, the president said the existing Referendum Act, which is "fraught with faults," has become history.

The new amendments have given back power to the people and broken them out of the "birdcage," Tsai said.

Since it was enacted in 2003, the law has been dubbed the "birdcage Referendum Act" due to its high thresholds for a referendum to be held and for its outcome to be declared valid, as well as the review committee being allowed to turn down a referendum proposal even though it meets the threshold standards.

After the new law is promulgated, the government will be required to hold a vote on a referendum petition without subjecting it to a review committee if the petition collects 1,879 signatures in the first stage of referendum drive and 280,000 in the second stage.

The required endorsements are calculated based on the electorate in the 2016 presidential election, or 18,782,991, in accordance with the newly amended thresholds prescribed for a referendum to be initiated and accepted.

The new amendments lower the required number of signatures in the first stage from 0.1 percent to 0.01 percent of the electorate in the most recent presidential election and from 5 percent to 1.5 percent in the second stage.

Under the existing system, all civil society attempts to initiate referendums failed, either because of the high thresholds or by the review committee.

Of the nation's six national referendums that have been held, three were launched by the former Democratic Progressive Party (DPP) government in tandem with national elections in March 2004, January 2008 and March 2008, with each prompting the Kuomintang (KMT) to initiate a counterproposal.

None of the six referendums were declared valid due to a 50 percent turnout quorum, a rule making it easy for opposition camps to derail a vote by boycotting it.
The new amendments stipulate that a vote will be declared valid if 25 percent of the electorate cast ballots and a majority votes in favor of the petition.

Other major changes include proposals to amend the Constitution and to change the nation's name, anthem, flag, or territorial boundaries, being excluded from issues that can be voted on via a referendum, as well as the lowering of the age at which people can vote in a referendum.

Under the new law, people over the age of 18 will be able to vote in a referendum, as opposed to the legal voting age of 20 stipulated in the Constitution.
Despite the differences among political parties on what constitutes reasonable thresholds for a referendum, they all proposed lowering the current hurdles, as they said that the law should "return the power to the people."

KMT Legislator Lin Wei-chou said the KMT has opposed enacting the law and relaxing the rules for 25 years. "We now propose lowering the thresholds because the constitutional issues have been left out."

The right to constitution-writing and determining the future of the 23 million people should not be excluded, said Huang. "That is what we have promised people. The DPP has reneged on the promise."