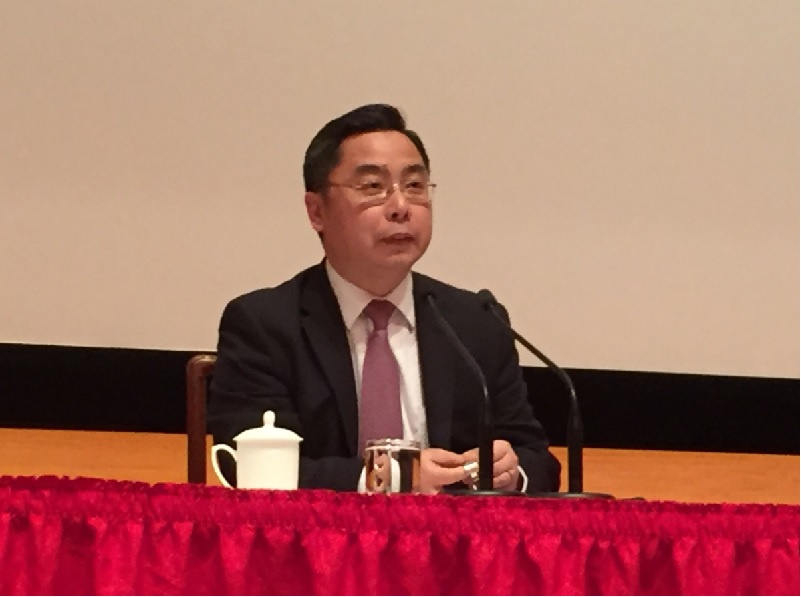 TAIPEI (Taiwan News) – The day a United States Navy ship docks in Kaohsiung is the day China will launch a military attack against Taiwan, a Chinese diplomat in the U.S. reportedly said Friday.

Chinese embassy Minister Li Kexin (李克新) was referring to the recent passage by the U.S. Congress of a measure which will allow visits by Navy vessels and military officials from the U.S. and Taiwan to each other’s territory.

He was speaking at an embassy event where more than 200 Chinese students in the U.S. but also Taiwanese residents and media had been invited, the Chinese-language Liberty Times reported.

If the U.S. Navy visited Taiwan, it would violate China’s Anti-Secession Law (反分裂國家法), which had not yet been used before, Li said. The law was passed in 2005 at a time of tension with the Taiwan government of President Chen Shui-bian (高雄) and for the first time formalized Beijing’s threats of military intervention should the island declare independence.

A decision for mutual visits by Navy ships between the U.S. and Taiwan would violate the basic spirit of the establishment of diplomatic relations between Beijing and Washington, Li continued.

“The day that a U.S. Navy vessel arrives in Kaohsiung, is the day that our People’s Liberation Army unites Taiwan with military force,” the Liberty Times quoted Li as saying.

The diplomat emphasized that China’s main policy principle on Taiwan was still peaceful unification, but that it would not rule out the extreme possibility of unification by military force.

In Taipei, the Ministry of Foreign Affairs (MOFA) said it had no way of saying how the U.S. government would interpret the new law, but the threatening way in which a Chinese official had commented on it had hurt the feelings of people on both sides and was not helpful to the positive development of relations between Taiwan and China.

MOFA said the government would continue to promote the peaceful and stable development of cross-straits ties and use dialogue to defuse differences.

Tamkang University international affairs expert Alexander Huang saw Li’s statement as destined for internal Chinese consumption. In addition, since China had no way of overcoming the support for Taiwan in Congress, it used strong language against the work of the Taiwan sympathizers instead, Huang commented.

The expert also found Li’s mention of Kaohsiung strange, since it seemed to imply that if U.S. Navy vessels docked at other Taiwanese ports, it would not matter that much.