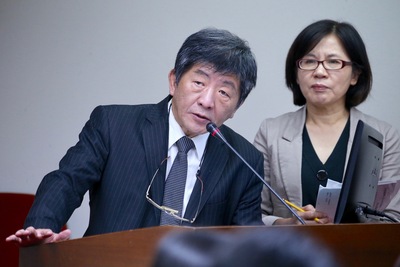 Chen Shihchong(陳時中), head of the Ministry of Health and Welfare

TAIPEI (Taiwan News) -- Although It has been more than twenty years since the Taiwanese government started the discussion on whether to legalize surrogacy, still no consensus has been reached, according to the Ministry of Health and Welfare (MOHW).

Earlier this year, it was reported by the Health Promotion Administration of the MOHW that certain additions regarding surrogacy and its legal regulations were added to the “Amended draft for the laws regarding artificial reproduction”(人工生殖法修正草案), with hopes of passing it on to the Executive Yuan by the end of this year.

According to MOHW Minister Chen Shih-chong (陳時中), however, no consensus was reached during last week’s expert panel, therefore the ministry does not yet have a clear timeline with regards to the legislation of artificial reproduction.

When asked about the issue before attending a committee meeting at the Legislative Yuan earlier this morning, Chen stated that experts are still debating over the details regarding the rights and legal implications of those involved were surrogacy to be legalized. The Ministry will draw upon public opinion and decide on how the next step of discussions will be.

Opposition Kuomintang legislator Chen Yimin (陳宜民) pointed out that without legalizing surrogacy, women who were born without uterus will be forced to go through the trouble of having to travel to other countries in order to search for surrogates in secrecy. This is neither safe nor something the people wish to happen.

Chen further pointed out that according to a survey carried out by the MOHW in 2010, over half of the population embraced the idea of surrogacy, with the number reaching nearly 80 percent in 2013. In order to reflect popular opinion, Chen urges the MOHW to speed up the process of finalizing this piece of legislature.