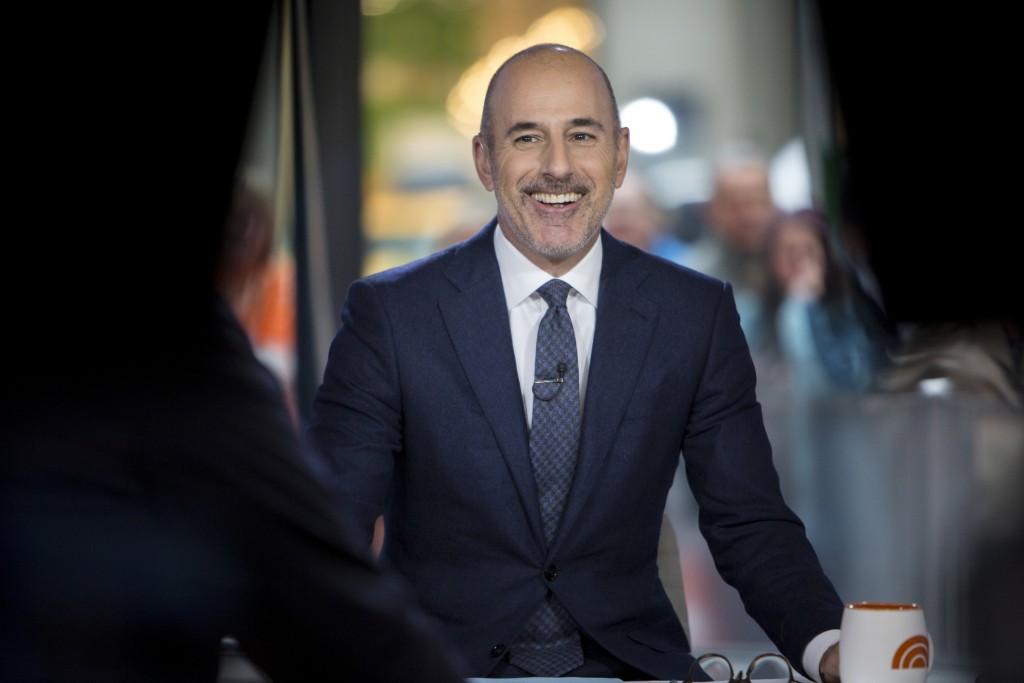 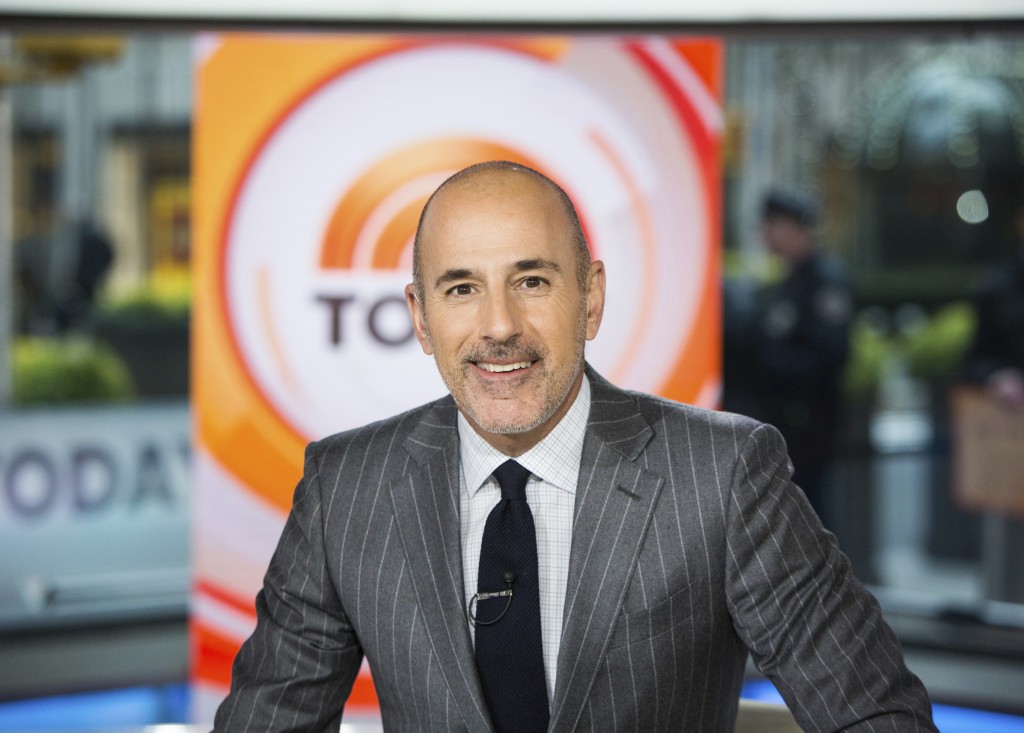 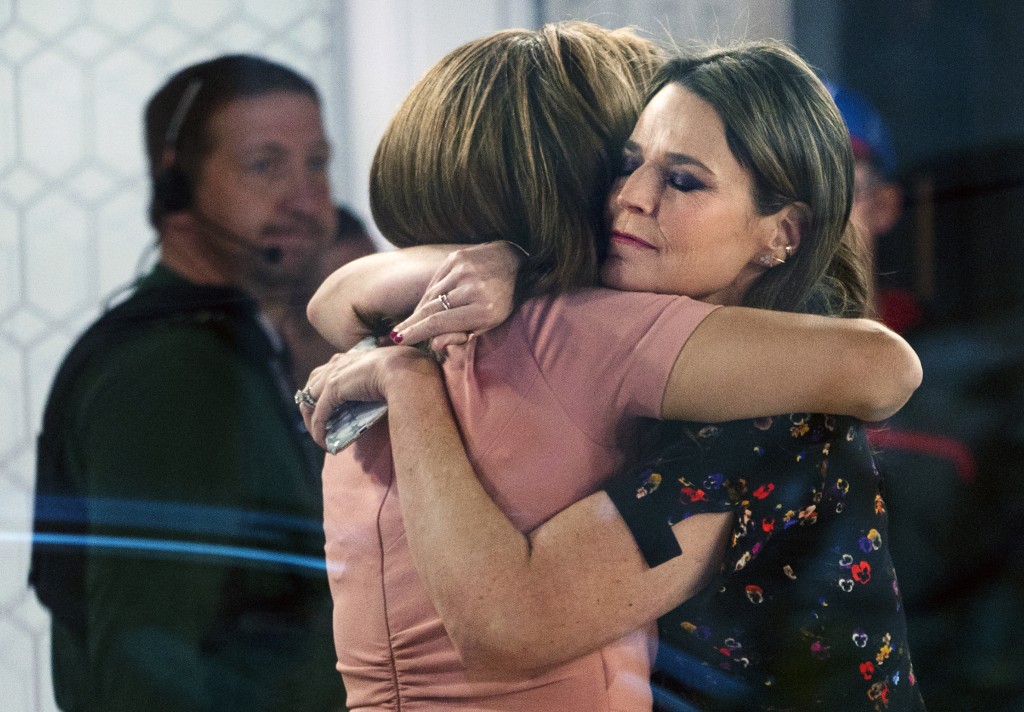 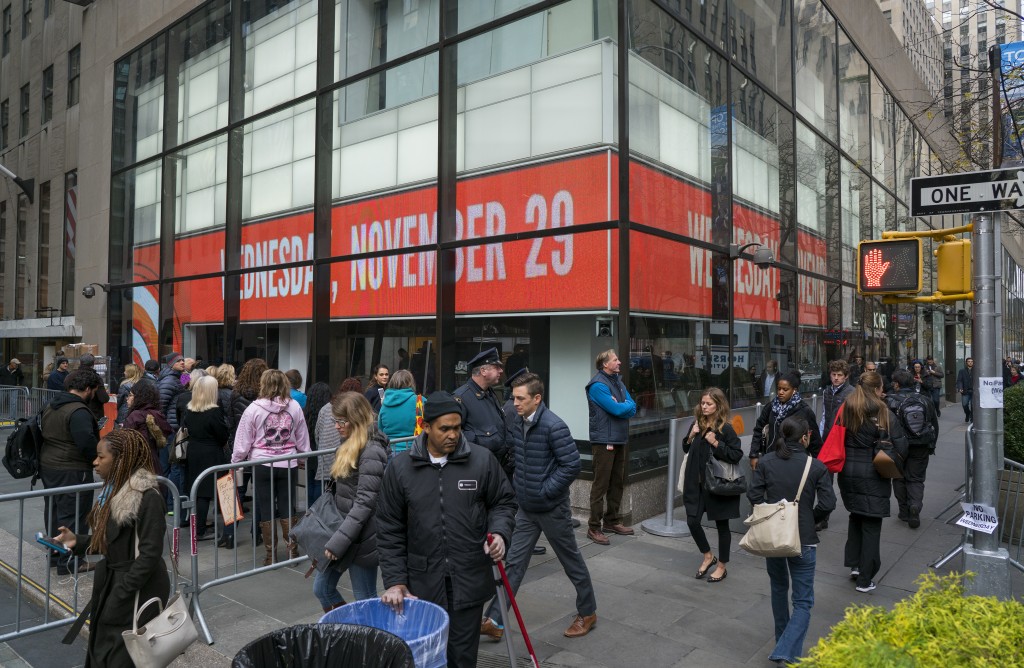 In the wave of accusations sweeping through the media, Hollywood and politics, the stature and wealth that once served as protection have turned into flimsy shields.

Lauer has long been a valuable and highly visible part of NBC News and one of the highest-paid figures in the industry, and his downfall shook the network and rippled out across the roughly 4 million "Today" viewers who started their day with him.

His firing Wednesday for what NBC called "inappropriate sexual behavior" with a colleague was quickly followed by a published report accusing him of crude and habitual misconduct with other women around the office.

Network news chief Andrew Lack said in a memo to the staff that NBC received a complaint about Lauer's behavior on Monday and determined he violated company standards. NBC said the misconduct started when Lauer and a network employee were at the Sochi Olympics in 2014 and continued beyond that assignment.

Lack said it was the first complaint lodged against Lauer in his 20 years at NBC, but "we were also presented with reason to believe this may not have been an isolated incident."

Earlier Wednesday, it was left to Lauer's shaken "Today" colleagues, Savannah Guthrie and Hoda Kotb, to break the news to viewers at the top of the morning's show. They regrouped and joined Al Roker to emcee NBC's "Christmas in Rockefeller Center" special Wednesday night, which Lauer was to have co-hosted.

Hours after the firing, the trade publication Variety posted what it said was a two-month investigation that included dozens of interviews with current and former staffers who asked to remain anonymous.

Among other things, Variety reported allegations that Lauer once gave a colleague a sex toy with an explicit note about how he wanted to use it on her; that he exposed himself to another female co-worker; that he would question female producers about their sex lives; and that he would talk about which co-hosts he would like to sleep with.

Messages to Lauer and his agent were not immediately returned, and NBC would not say whether he denied or admitted to any wrongdoing. He is married with three children.

Lauer becomes the second morning host in a week to lose his job over sexual misconduct allegations. CBS fired Charlie Rose after several women who worked for him complained about his behavior.

In other developments, former "Prairie Home Companion" host Garrison Keillor was cut loose by Minnesota Public Radio over an allegation of "inappropriate behavior." MPR gave no details, but the 75-year-old Keillor said he put his hand on a woman's back to console her and he inadvertently touched her bare skin through an opening in her shirt.

In an email to the Minneapolis Star Tribune, Keillor said he apologized to the woman, she told him she forgave him and the two remained friends "right up until her lawyer called."

Minnesota Public Radio said it will end distribution of the radio program "The Writer's Almanac," Keillor's daily reading of a poem and telling of literary events, and end rebroadcasts of old "Prairie Home Companion" episodes.

Lauer, 59, has essentially been the king of television morning news since first being paired with Katie Couric on "Today" in 1997.

For many years, "Today" was the unquestioned ratings leader, until it was eclipsed by ABC's "Good Morning America" following the ugly 2012 firing of Lauer's co-host Ann Curry. The show had stabilized in recent years with Lauer's pairing with Guthrie.

Lauer's "Where in the world is Matt Lauer?" segments were popular for years, and he regularly played a lead role at the Olympics and other major news events.

Ailes, ousted as chair and CEO of Fox News in 2016 for alleged sexual misconduct, died last May.

The current flood of allegations was set off in large part by the downfall of Hollywood studio boss Harvey Weinstein, who has been accused of sexually assaulting or harassing dozens of women.

Ari Wilkenfeld, the attorney for Lauer's accuser, praised NBC for acting "quickly and responsibly" in response to the morning host's "egregious acts of sexual harassment and misconduct." The lawyer did not identify his client.

Lack, in his memo, said, "We are deeply saddened by this turn of events. But we will face it together as a news organization - and do it in as transparent a manner as we can."

An immediate challenge is filling a giant hole on a show that has long been the most lucrative for NBC News. One potential replacement, Willie Geist, on Wednesday called Lauer someone "I have always looked up to in the business, and he taught me a lot."

On Wednesday's show, Guthrie appeared to fight back tears as she called Lauer her friend who is beloved by many at NBC. She said she was "heartbroken for my colleague who came forward to tell her story and any other women who have their own stories to tell."

Later in the show, NBC's Megyn Kelly, who has written about being sexually harassed by Ailes at Fox News, noted the anguish on the faces of her colleagues but said, "What we don't see is the pain on the faces of those who found the courage to come forward, and it is still a terrifying thing to do."