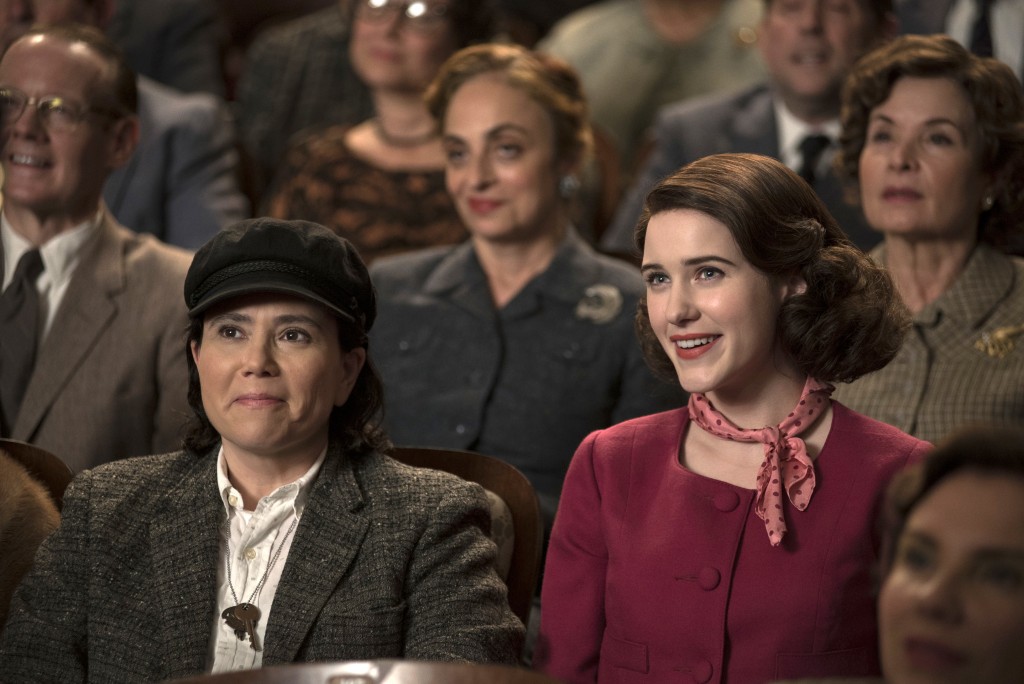 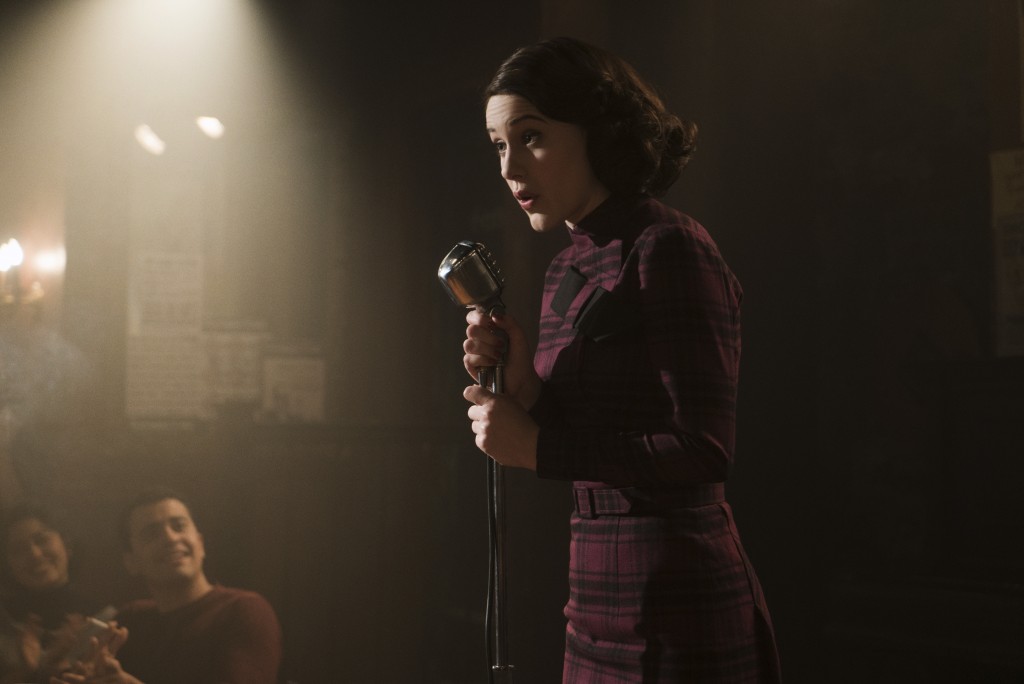 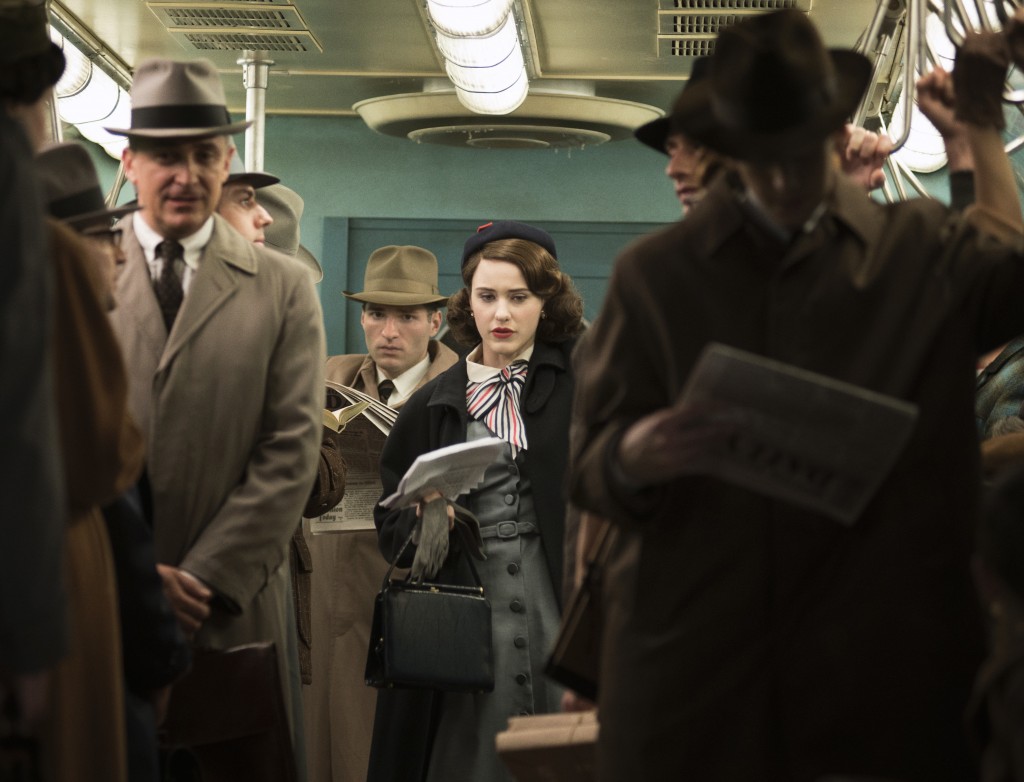 NEW YORK (AP) — Midge Maisel has everything she imagined as a New York City woman in 1958: perfect husband, two cute kids and a "classic six" apartment on Riverside Drive.

Then, by chance, Midge scratches an itch she never dreamed she had when she unleashes her robust comic sensibility on the stage of a Greenwich Village nightclub.

By then, her family life is in turmoil. All the better for fueling her fledgling stand-up career, which is pushed along by the gruff barmaid who hires herself to be Midge's manager.

This is the premise of "The Marvelous Mrs. Maisel," a lush and delightful new comedy-drama from partners Amy Sherman-Palladino ("Gilmore Girls") and Daniel Palladino ("Family Guy"). Its eight-episode season premieres Wednesday on Amazon Prime.

Midge is played by Rachel Brosnahan (previously seen in a polar-opposite role as call girl Rachel Posner in "House of Cards"). Midge is lovable, outspoken and unsinkable as she trades her traditional life to crash the ultimate man's world, stand-up comedy.

The role required Brosnahan, like her character, to break in as a stand-up.

"Midge and I got to have this really lovely parallel journey," says Brosnahan. "As she was learning how to become a stand-up — how to work a room, how to read an audience — I was learning those things, too. There is a point in the season's next-to-last episode when Midge has a 'tight 10 (minutes of comic material).' When we shot that, for the first time I felt like I was really doing stand-up. I had a long time before then to learn."

The series is set a half-century ago, but it arrives with eerily unsought timeliness.

"It's a show about a woman finding her voice, literally, when that wasn't expected or encouraged," says Brosnahan. "Midge is speaking up and speaking out in a way that was radical at that time, and also is radical in many ways today. I think this show highlights how far we have come and how much has changed, but also how far we have NOT come, and the battles we are still fighting today in so many different facets of womanhood."

Midge's manager, Susie Myerson, is played by Alex Borstein (seen on HBO's "Getting On" and long heard, as Lois Griffin, on Fox's animated comedy "Family Guy").

"There's always a battle to be fought in gender equality," Borstein says. "Women are different from men, and that's never ever gonna change. But the goal is to learn how the two sides can communicate effectively, and coexist, and share the power."

With Midge and Susie, there's no kowtowing to men. "It's very cool to see women on the same side," says Borstein, who likens them to such classic TV gal-pals as Lucy and Ethel, Mary and Rhoda.

"Female buddy relationships are one of the great untapped wells in storytelling," says Sherman-Palladino. "But the sad thing about writing this sort of women's empowerment story is when you wonder, 'Couldn't we have gotten a LITTLE further along by this point?'"

Think of "Mrs. Maisel" as a female buddy comedy with real-life trappings. "The series wasn't intended to be a sort of political piece, but it's taken on an additional layer of meaning," she says, "thanks to events I wish didn't exist."

"I grew up hearing the talk: 'When I worked (famed Catskills resort) Grossinger's...;' 'When I opened for Dinah Washington ...;' 'When Shecky (Greene) drove his car into the fountain....' All his stories stuck in my head, and I envisioned this mad world of eccentrics and artists hanging out in the Village.

"And when it came time to think of what our next show was going to be, I thought putting a woman into that world, at that time, would be a really funny, fun ride."

Her husband notes that the ride will entail more than a show-business climb.

"We don't consider this a show about a budding woman comic," says Palladino. "It's also about her parents (Tony Shalhoub and Marin Hinkle), her ex-husband (Michael Zegen)." And it's about the cultural breach between Manhattan's Greenwich Village and its Upper West Side. "The stand-up comedy world plays into the action only when we want it to," he says.

In that world, like all the other '50s worlds Midge Maisel will occupy, "she's got a confidence that feels very modern," says Sherman-Palladino. "And she's going to power through."

EDITOR'S NOTE: Frazier Moore is a national television columnist for The Associated Press. He can be reached at fmoore@ap.org