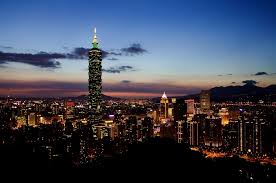 TAIPEI (Taiwan News)--The most famous hot selling product of the second half of 2017 in Taiwan -- I-Mei Foods “I-Mei Milk Tea” -- brought a surprise growth in sales by collaborating with the international marketing channel and the branding value of quality food experts. Actually, the origin of this product was the intention of pulling dairy farmers out of the long-term difficult situation of milk not selling well in the winter by developing a new product and a new marketing strategy. The originator focused on the core of the problem, delivered the “Creativity of creating innovative execution” to both the suppliers and the customers, and turned the difficult situation into a way out by actions and originality.

Facing the tense situation in north-eastern Asia, I personally deeply believe that words can solve the problems which fists are not able to settle, so I advocated the《Penghu Declaration of Peace》in the Forum: Penghu is surrounded by sea, and most of the residents make their living from the sea, and they know that the sea doesn't belong to Penghu while human beings belong to the sea. It’s the same that the earth doesn’t belong to the human beings while human beings belong to the earth. Penghu people love their children deeply and that is the same fact as those intelligent leaders of every country love their countrymen, as well as their children.

A Dutch philosopher Baruch De Spinoza said, “The ultimate goal of a country is not to rule the people but to save the individuals from fears and make the individuals have absolute human rights”. Those wise people during the French Revolution (1789-1799) gave the general public the rights of liberty, equality and fraternity.

Turning swords into plowshares can bring an end to war. Say prayers with wisdom: turning a gun into a sickle.

Innovative Strategy Making Policies Transparent
The most influential international creativity event in the Asian region, the AdAsia 2017 Advertising Congress in Asia, took place in Bali, Indonesia. During the Congress, Indonesia’s Minister of Marine Affairs and Fisheries, Susi Pudjiastuti, proposed her innovative policies fulfilled by her courage and making everything transparent. Susi being appointed as the ministeris a big breakoutin Indonesia, the largest Muslim population in the world. In addition, she encouraged people to “Be Yourself”. At the same time, she advised men not to be afraid of being surpassed by women, and her sharing won the thundering applause of the guests.

Susi’s background is different from the other politicians. She didn’t complete her studies in secondary school. Afterwards, her transporting of fresh seafood from the central Jawa Province to Jakarta gave her recognition. Then she established Susi-Air to transport seafood. A minister with a doctoral degree is important, but with the capability of doing things is even more essential. There’s no gender or diploma difference in determination and courage.

Don’t worry! It’s said that our worries won’t take away tomorrow’s sadness, but today’s energy. Moreover, we should make soul enjoy good in labor to accumulate the turnovers positive energy. 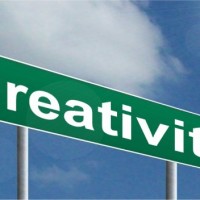 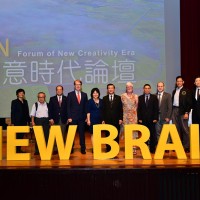 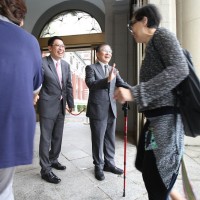