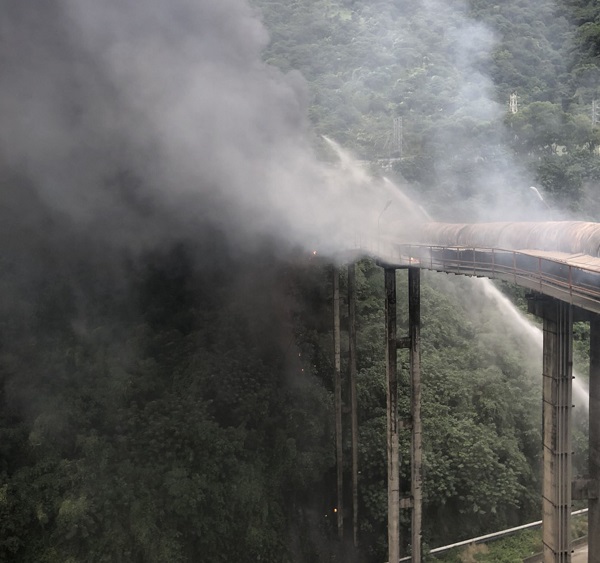 Around 6 a.m. a pipeline, about 4 stories tall leading away from the Asia Cement factory, exploded.

The blast was described as 'fierce'. There were no injuries. After about an hour 12 firetrucks equipped with 24 firefighters were able to control the flames by quickly cutting off the path of fire traveling down the pipeline.

The pipeline was severely damaged though ultimately remains in tact.

The cause of the fire remains unknown.