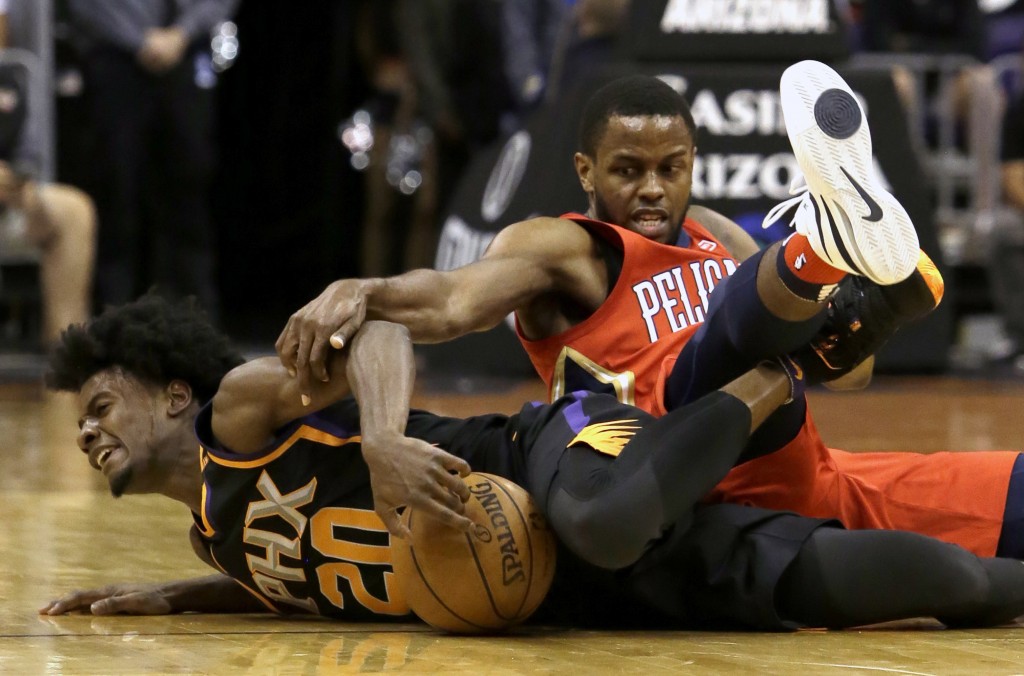 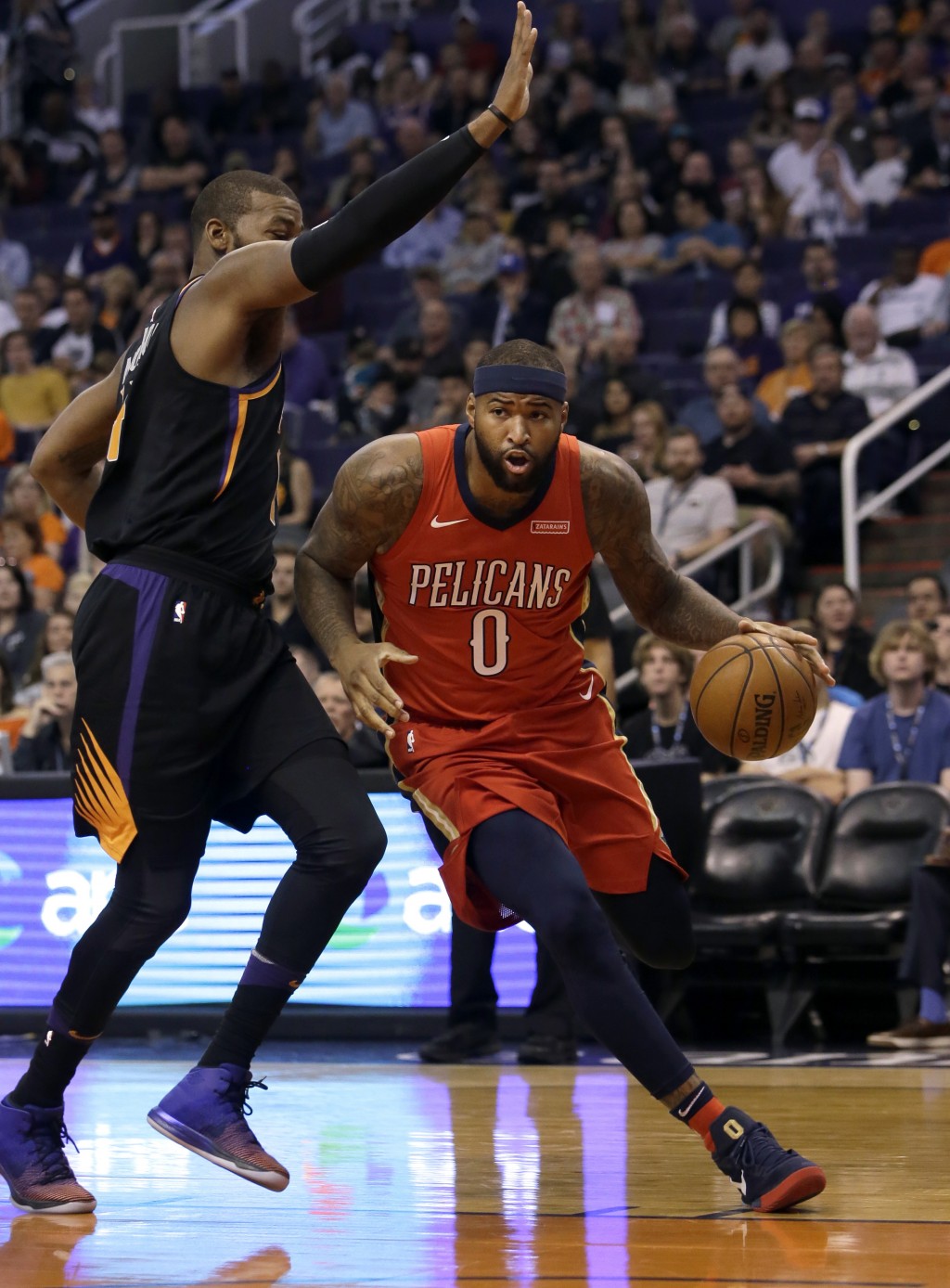 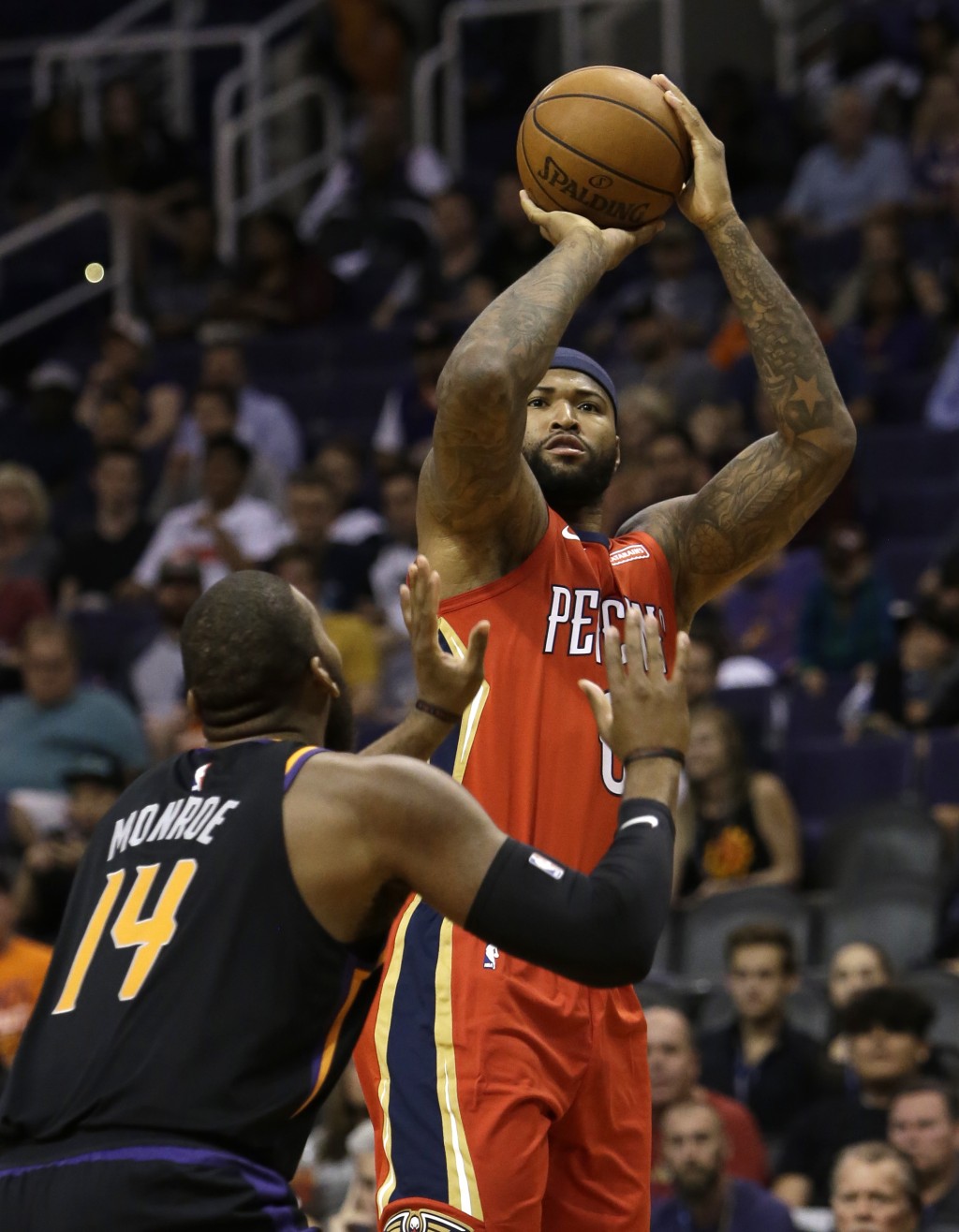 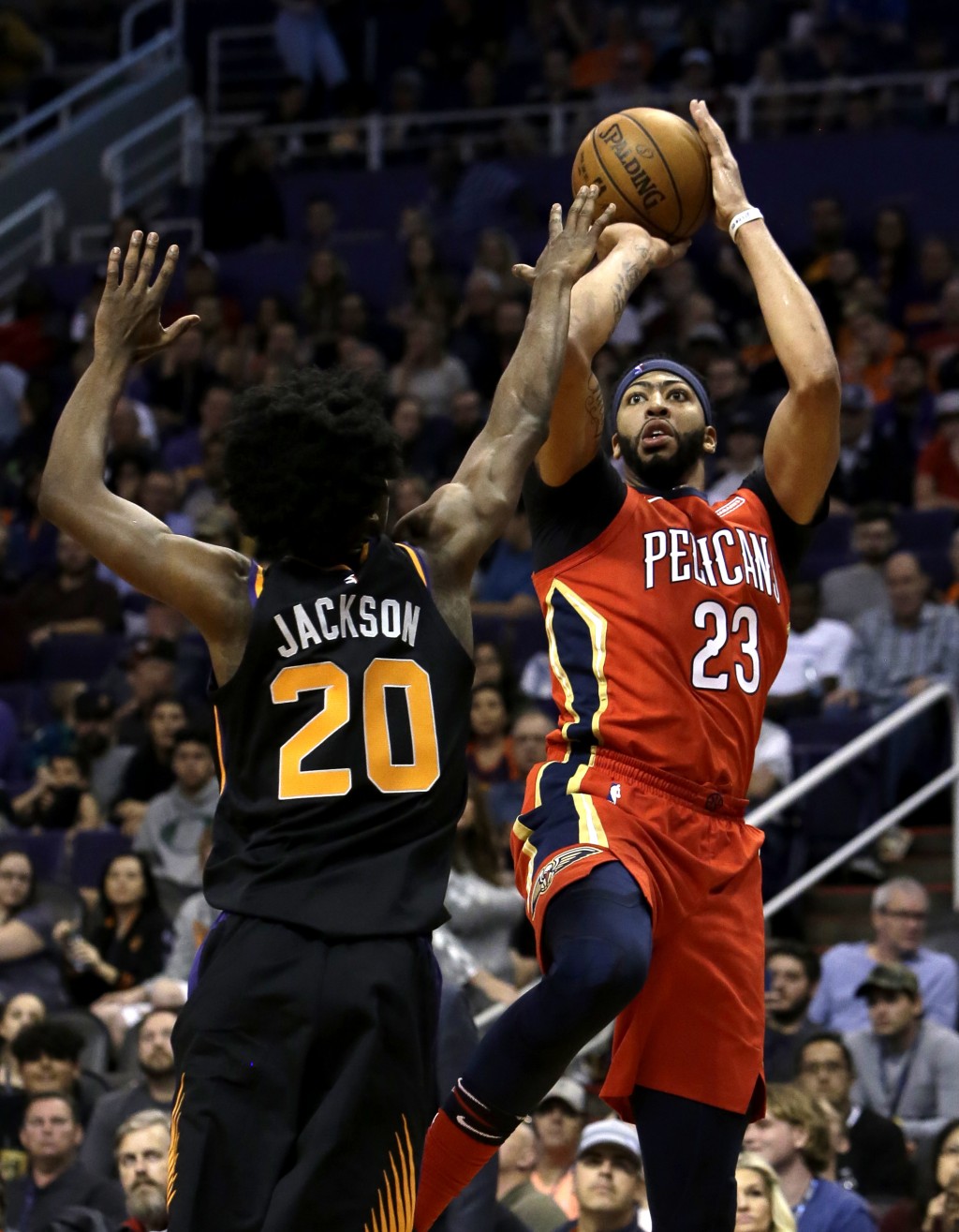 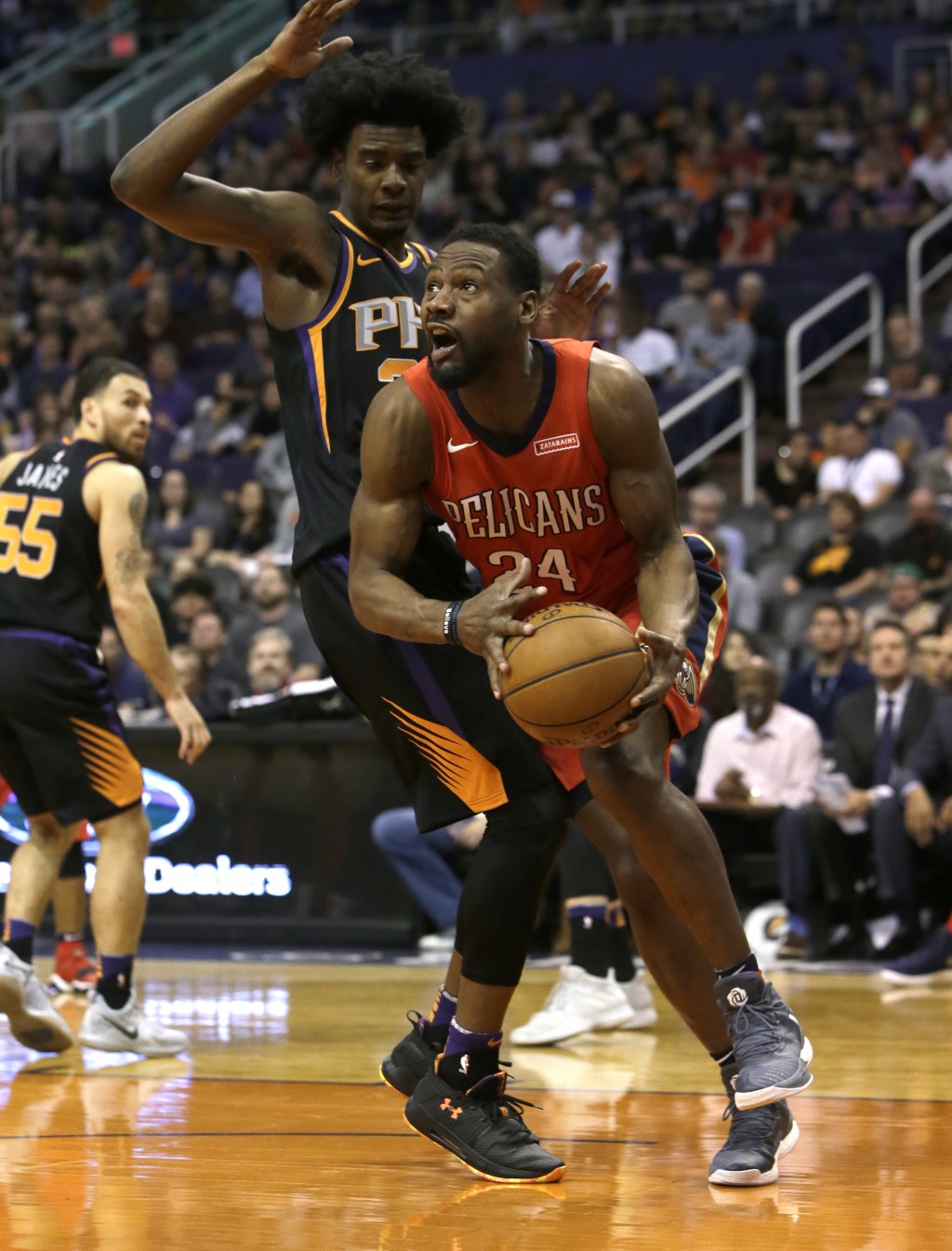 Davis and Cousins sat out the fourth quarter, watching from the bench long after the outcome had been decided in the Pelicans' most one-sided victory of the season.

Phoenix never mounted any threat after the opening minutes. The Pelicans led by a dozen after one quarter and 30 at the half.

Jrue Holliday scored 18 points for the Pelicans, whose 72 points in the first two quarters was their highest-scoring half of the season.

New Orleans was up 72-42 at the break, shooting 58 percent against the listless Suns, who ended a stretch of nine of 10 games at home.

Davis and Cousins scored 15 apiece in the first half.

Devin Booker made just 4 of 13 shots for Phoenix, missed all five of his 3-point tries, and scored 13.

The Suns led 13-9 after Ulis' 13-foot floater in the lane, then the Pelicans began their offensive onslaught.

New Orleans scored on seven consecutive possessions in a 16-2 run to go on top 25-15 on Cousins' driving finger-roll layup with 3:17 left in the first quarter.

The rout was on.

New Orleans led by as many as 36 in the third quarter.

Pelicans: New Orleans won three of four against the Suns last season. Two went to into OT, a win for each team. ... Pelicans matched their season best with their third straight win.

Suns: Suns started a "twin tower" lineup of Greg Monroe and Tyson Chandler to try to combat the inside game of Cousins and Davis. ... Phoenix ended a stretch where nine of 10 games were at home. Suns were 2-7 in those home contests.