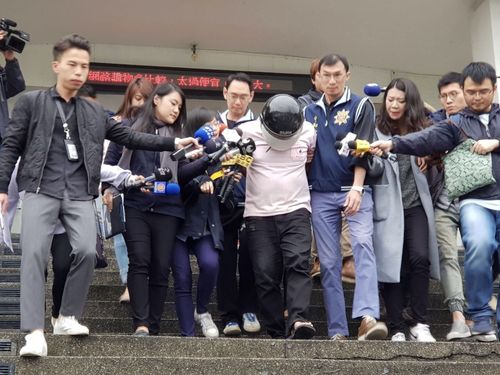 TAIPEI (Taiwan News) -- According to reports from the Central News Agency (CNA), a 49-year-old suspect named Lee Kuo-hui (李國輝) has been detained after the New Taipei District Court ruled he poses a risk to society as this was his third act of arson with the intention of harming people.

The immigrant from Myanmar of Chinese descent was arrested on Thursday by the police who tracked him down through the surveillance cameras in the neighboring of the apartment on Xingnan Road in New Taipei's Zhonghe District, according to CNA.

On Wednesday night, Lee set the stairway to the fourth floor on fire and within minutes both fourth and fifth floor were engulfed in flames which resulted in the death of nine people, including an Indonesian woman.

The two floors had 25 small units made of wooden partitions which helped the fire to spread rapidly, killing all the nine residents.

After an investigation, it was revealed that the accused had an argument with one of the residents living on the fourth floor.

The offender has a history of escaping arrest and has been accused of arson twice.

Although no one was hurt in previous attacks, a motorcycle caught fire in the latter of the two.