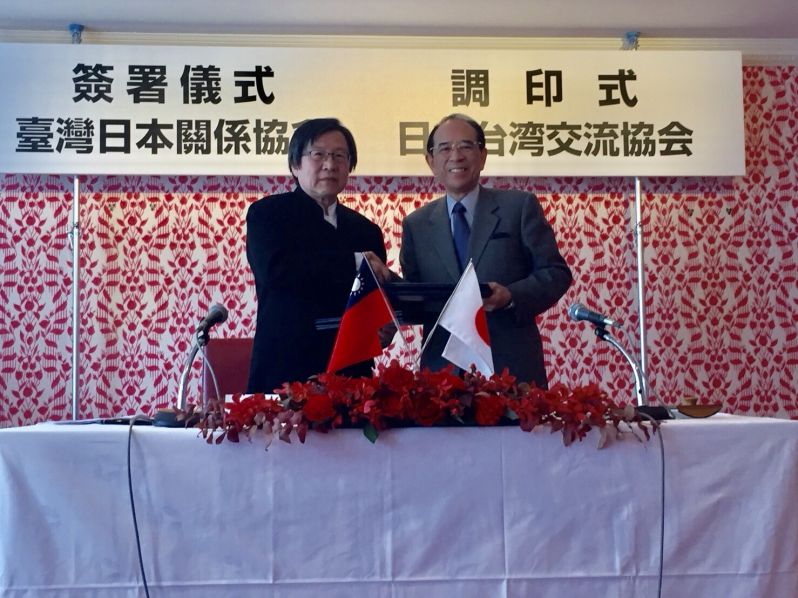 The pacts were sealed at the conclusion of the annual Taiwan-Japan Economic and Trade Conference in Tokyo. Chiou I-jen, head of Taiwan-Japan Relations Association, and Mitsuo Ohashi, chairman of Japan-Taiwan Exchange Association, inked the accords on behalf of the two sides.

Under the agreement on customs enforcement, Taiwan and Japanese authorities will work to combat smuggling and streamline clearance procedures through sharing information and expertise, according to the Republic of China (Taiwan) Ministry of Finance. The accord is expected to pave the way for the establishment of an authorized economic operator program between the nations, the ministry said.

Taiwan has to date signed AEO agreements, which facilitate fast-tracked customs clearance, with countries including India, New Zealand, the Philippines and the U.S. Such an accord with Japan would further strengthen expansive two-way trade ties, the MOF said.

Under the cultural collaboration pact, the two countries agreed to deepen exchanges in areas spanning arts promotion, cultural heritage preservation and talent cultivation. As part of the accord, Taiwan will launch a Japanese cultural center under TJRA in Taipei City before the end of November.

Minister of Culture Cheng Li-chiun said the agreement will serve as the foundation for the future development of cultural relations. The pact underscores the commitment on both sides to fostering understanding and people-to-people exchanges, she added.