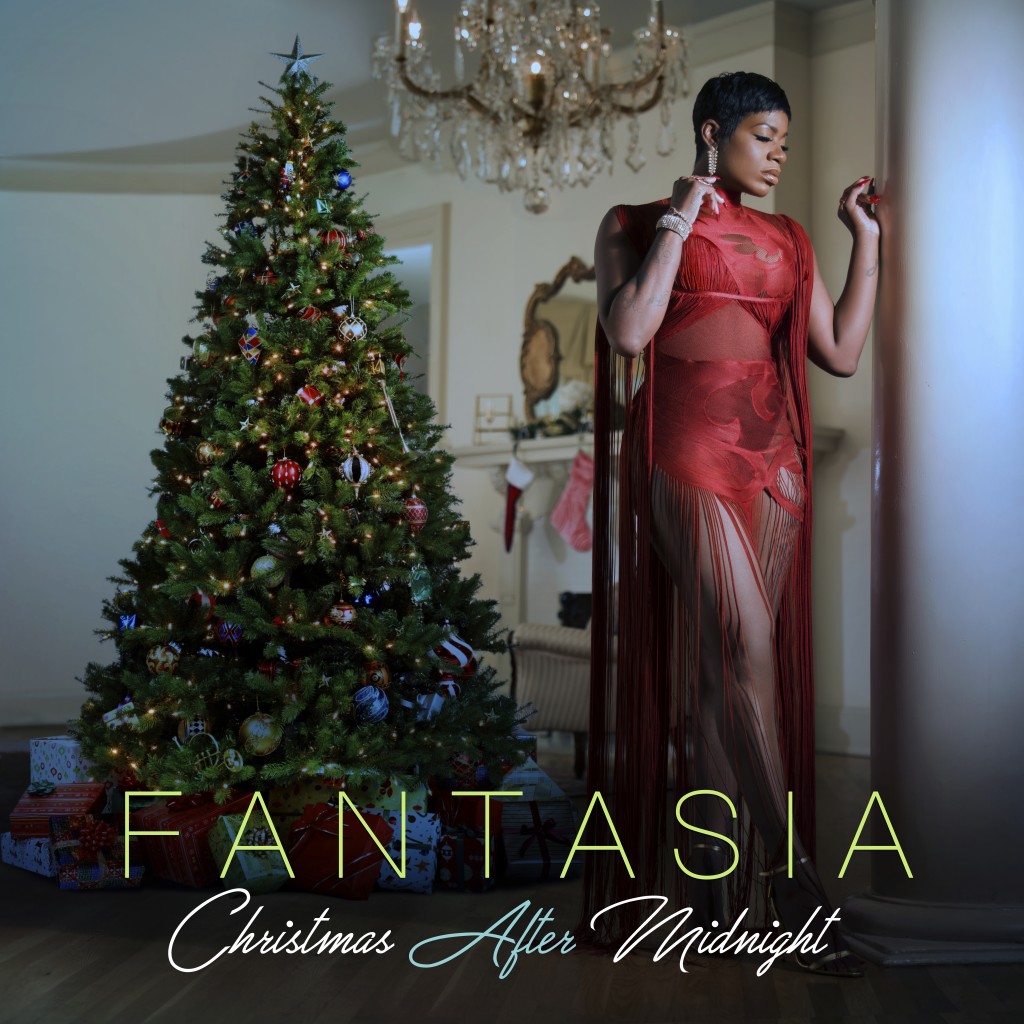 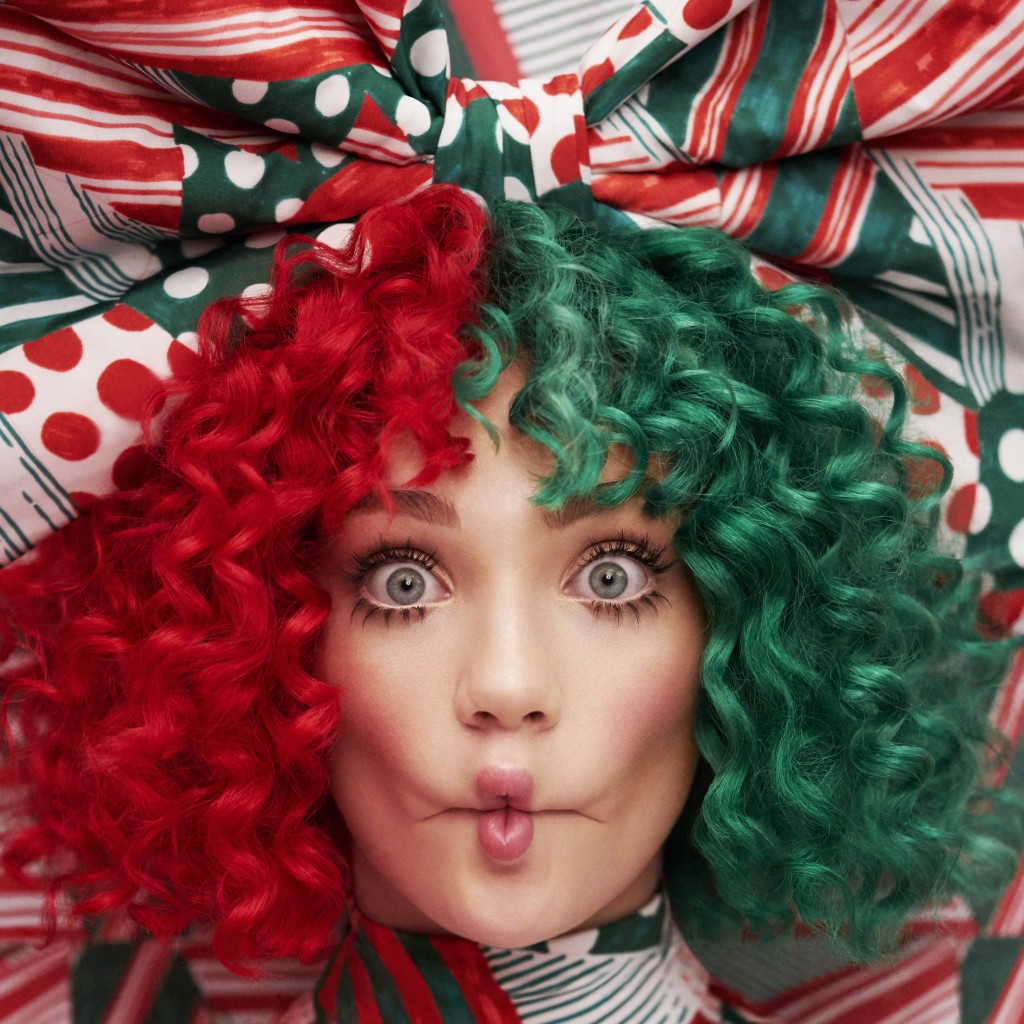 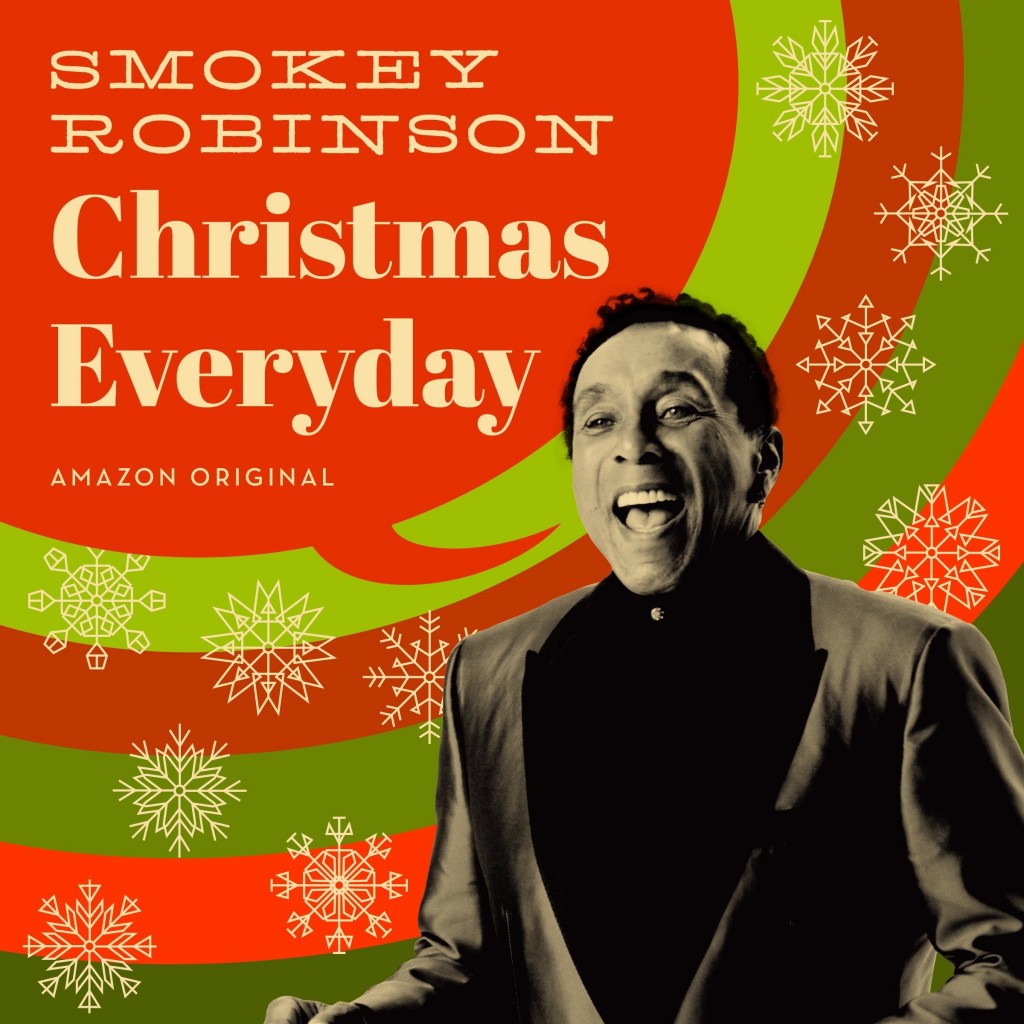 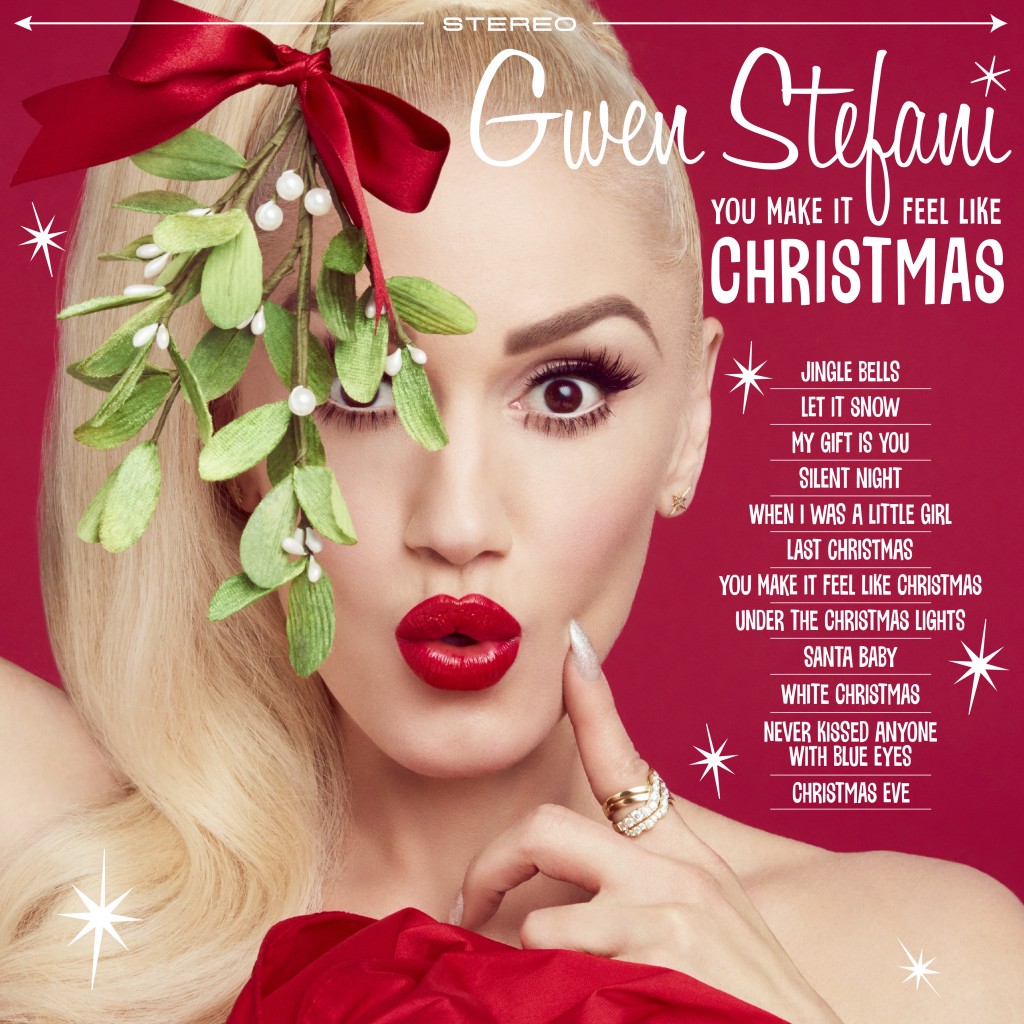 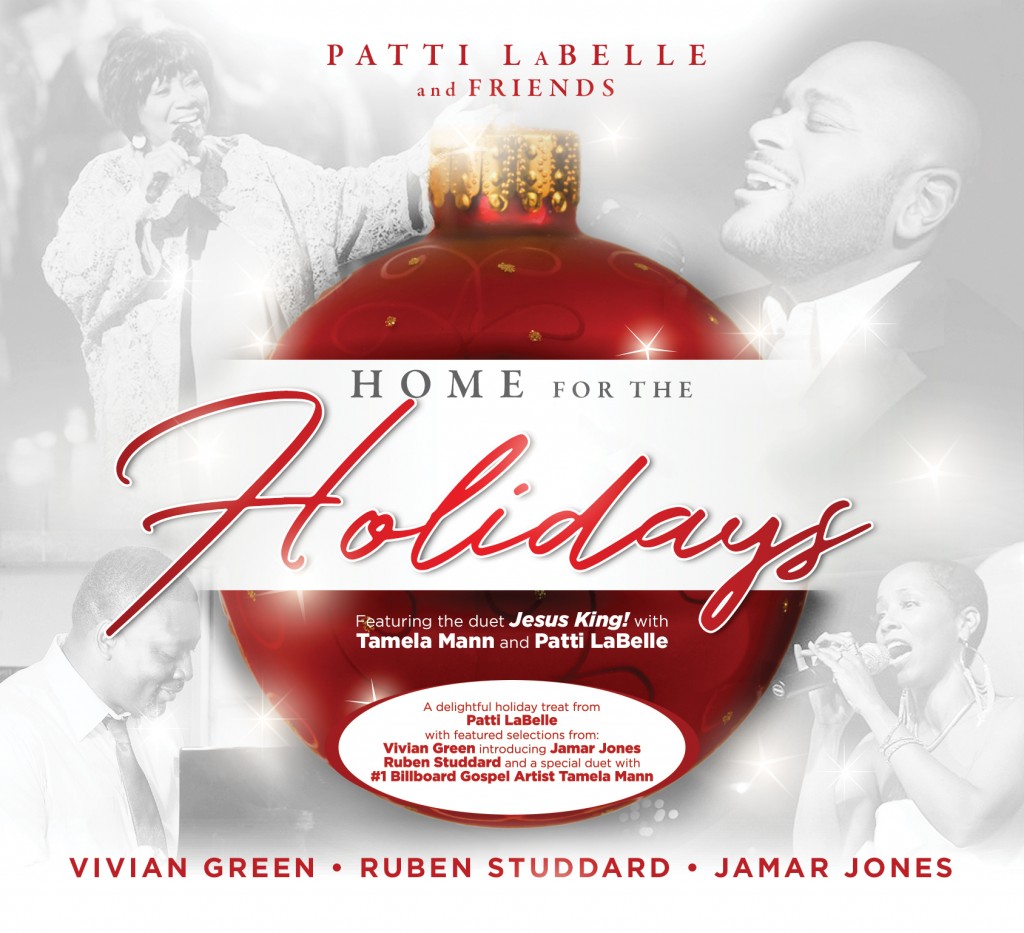 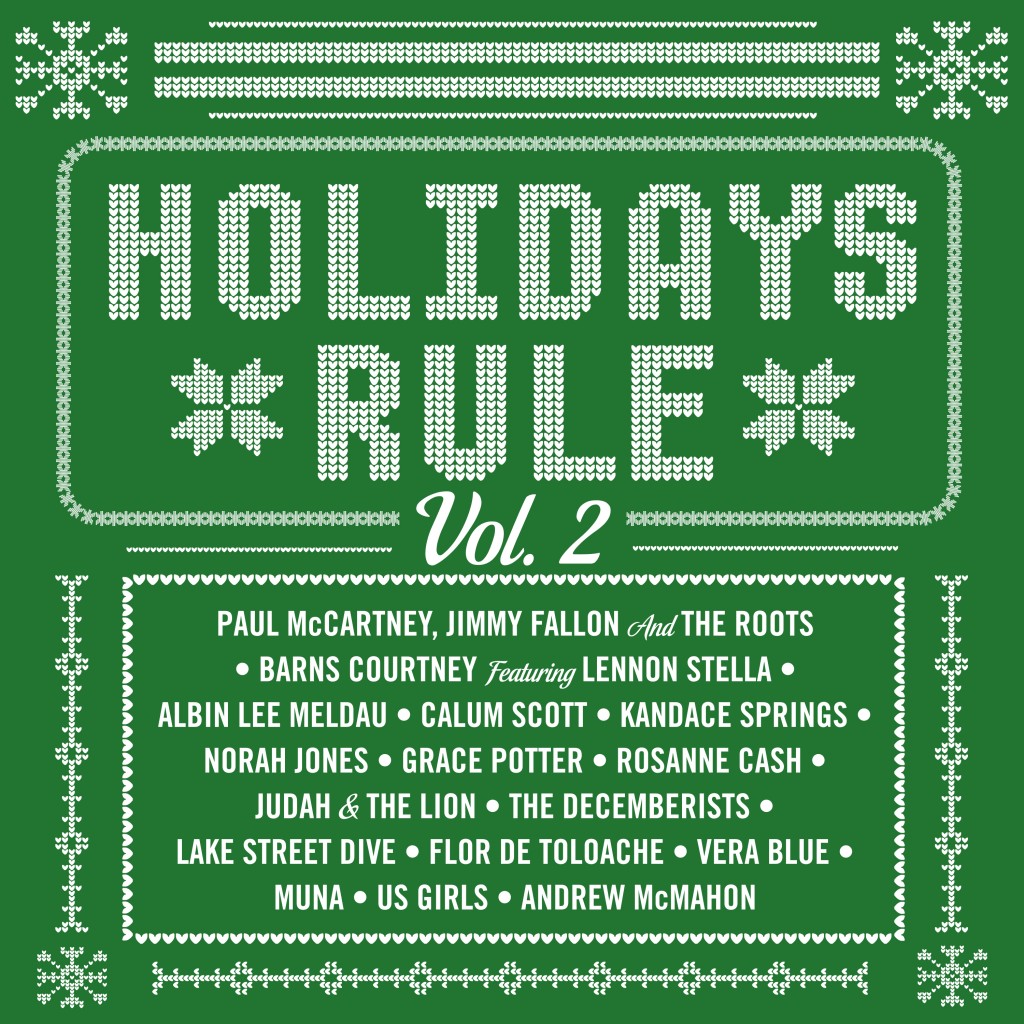 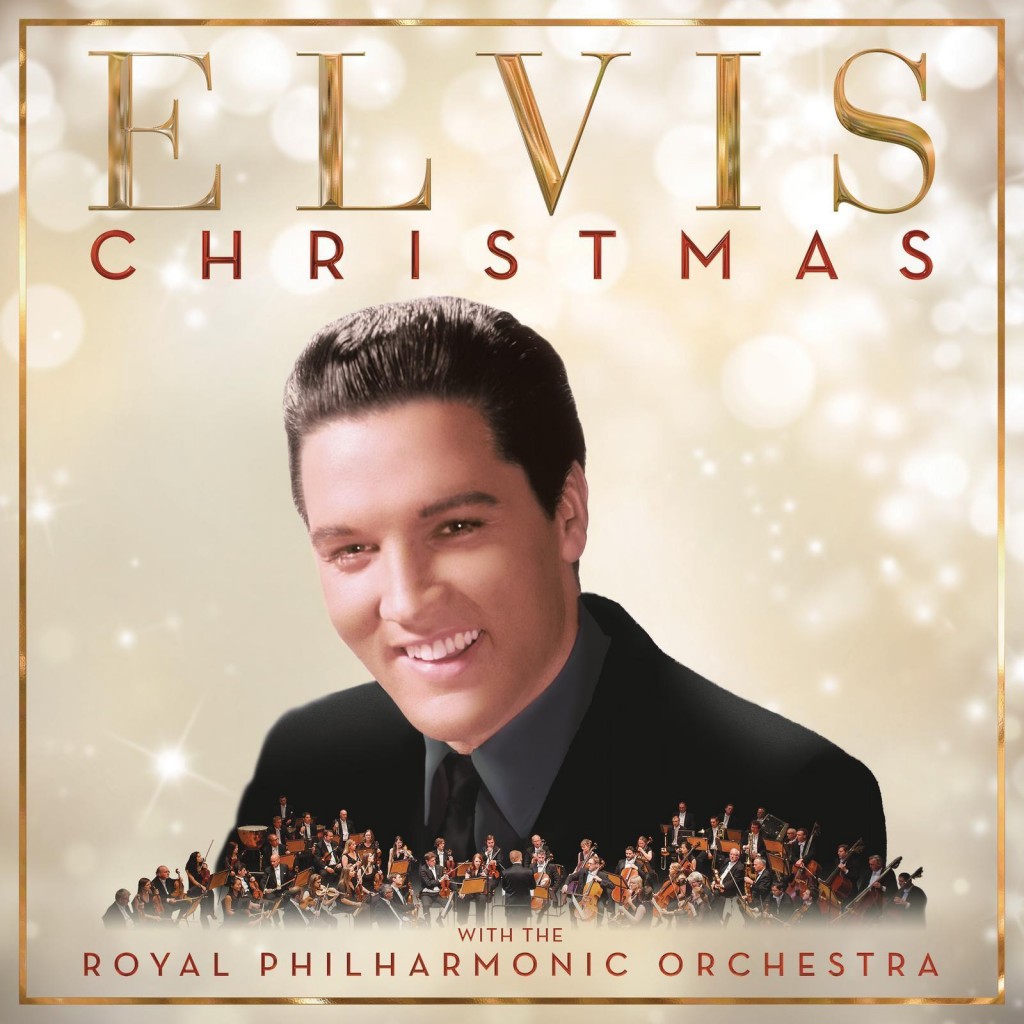 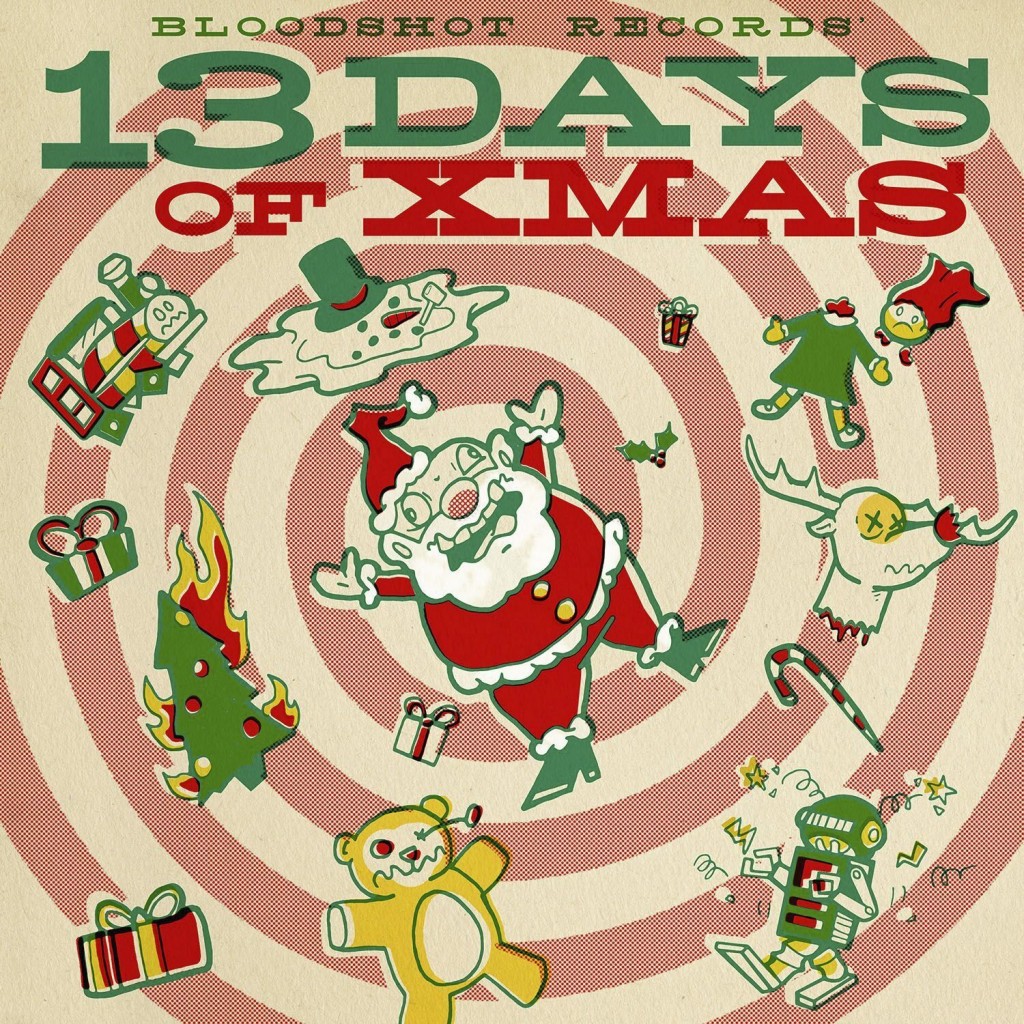 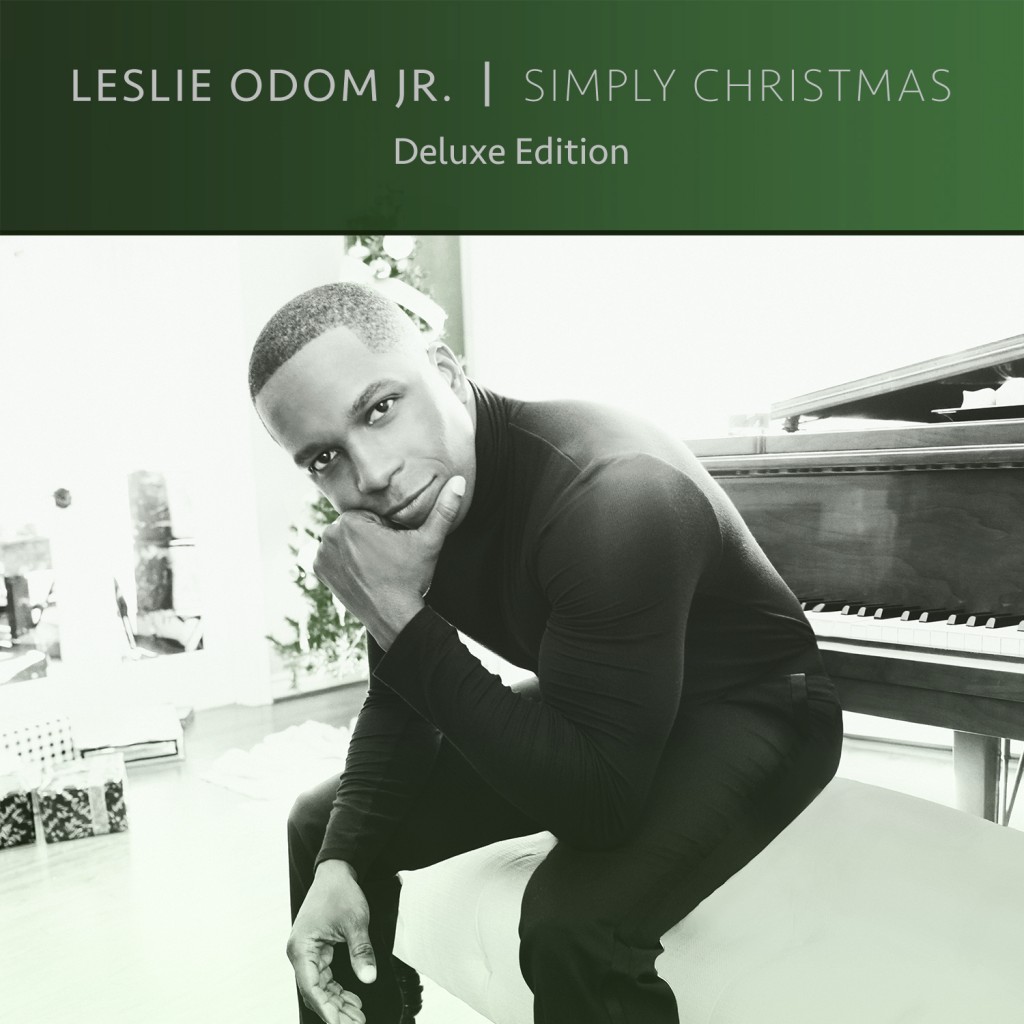 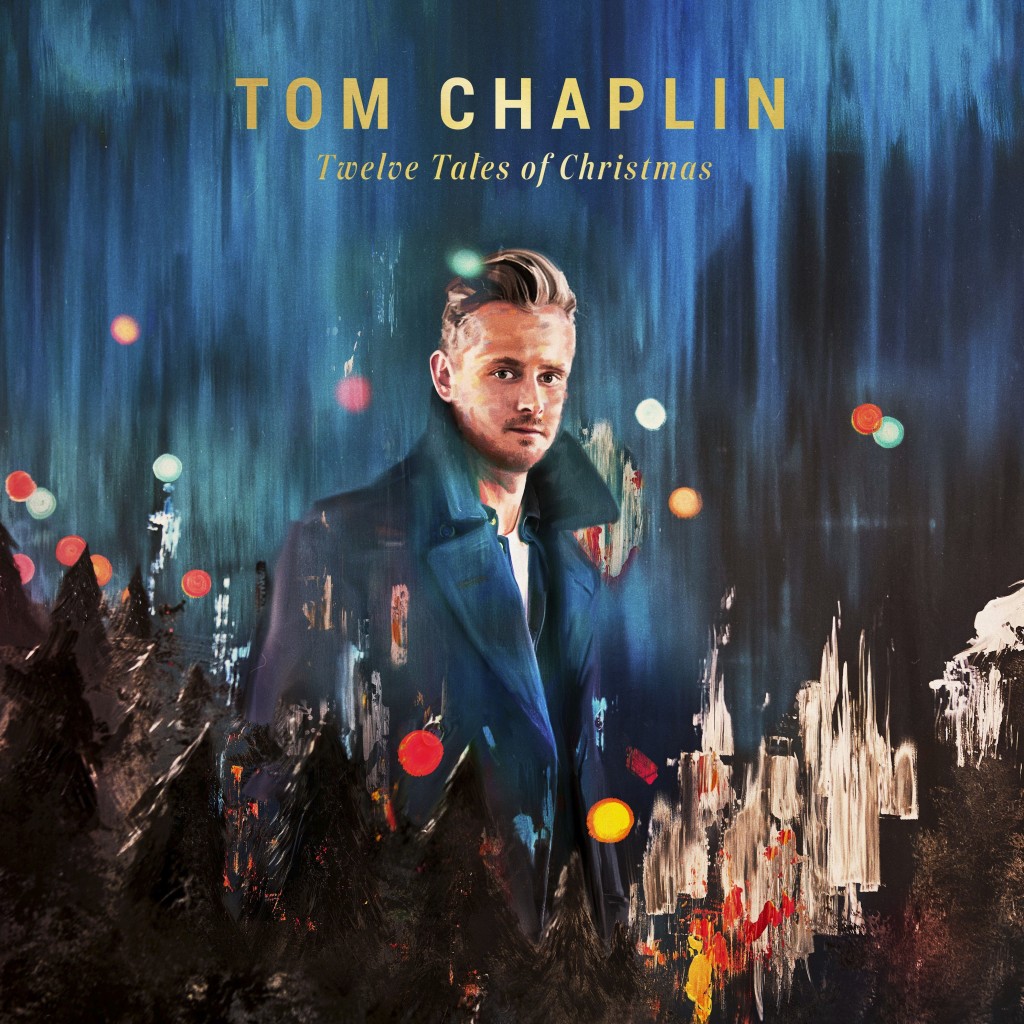 Here's a collection of holiday albums reviewed by The Associated Press.

With the barely-there red dress she's wearing on the cover, the come-hither pose on the back and the suggestive title, one might think Fantasia's first Christmas album is something to be played after the kids and grandparents have gone to bed.

But "Christmas After Midnight" is your typical, family friendly holiday fare, filled with the traditional songs about the time of year that we've come to expect, along with Fantasia's signature soulful, gritty bent.

She gets particularly and appropriately funky on James Brown's "Santa Claus Go Straight to the Ghetto; she soars like a gospel star on "Give Love on Christmas Day"; and "What Are You Doing New Year's Eve" is given tender, reserved treatment by Fantasia here.

The album ends with an untraditional song, Leonard Cohen's "Hallelujah" — it certainly wasn't written for the holidays — but it still works here, thanks to Fantasia's powerful voice.

What doesn't work as well is "Baby, It's Cold Outside." The duet is already a bit politically incorrect given its leering tone, but getting CeeLo Green — who pleaded no contest to giving a woman ecstasy — to sing on a song that includes the line "what's in this drink" certainly makes you feel less than warm this holiday season.

Sia has proven she's a powerhouse in pop music, so it's no surprise that her holiday album of original songs sounds as good as any contemporary pop project.

"Let's go below zero and hide from the sun, I love you forever where we'll have some fun," she sings on the ballad "Snowman."

Using the holidays and things around it as metaphors is one of the album's themes. On another soft gem, "Snowflake," Sia sings sweetly, sounding like a mother who is sending her child off to college or elsewhere.

Sia worked on the songs with longtime collaborator Greg Kurstin, who has also lent his magical touch to Adele, Kelly Clarkson, Pink and other superstars. They put together a 10-track set that will put you in a happy mood.

The lead single and opening track, "Santa's Coming for Us," is a festive adventure; "Ho Ho Ho" is the perfect, whiskey-flavored party song; and "Underneath the Mistletoes" is an R&B gem.

The most adorable song on the album? "Puppies Are Forever."

It features dogs barking cutely near the end of the song and includes the lyrics, "Puppies are forever, not just for Christmas."

Smokey Robinson is a Christmas album veteran, even if those he recorded with The Miracles are from decades ago. "Christmas Everyday" is his first solo album in the category and it's a fine addition to the canon.

The Robinson-penned title track dates back to 1963, its Motown roots ringing out clearly with help from husband-and-wife team Us The Duo, while New York soul traditionalists the Dap-Kings spice up "You're My Present," another Robinson composition.

There are a few songs you'll find on nearly all Christmas albums, some given not-so-usual arrangements. "White Christmas" undergoes a very danceable Brazilian makeover, which makes one wonder if it ever snows in Rio de Janeiro, and "Santa Claus is Coming to Town" includes its seldom-sung jazzy introduction and a fun solo by Trombone Shorty.

Versions of Donny Hathaway's "This Christmas" and Charles Brown's "Please Come Home for Christmas" further amplify the soul quotient and throughout the album Robinson's rhythms will help you forget your blues.

Gwen Stefani, "You Make It Feel Like Christmas" (Interscope Records)

Gwen Stefani's Christmas album, "You Make It Feel Like Christmas," could have been delivered with a little more of her signature sass, but it's a solid release nonetheless.

Clearly, Stefani is comfortable with a standard rendition of Christmas classics. There is no real effort here to depart from the standard delivery on songs like "Jingle Bells" and "Let It Snow."

Stefani fronts a big band approach on the album. Aside from a few lighthearted yelps here and there, the tracks are routinely rendered and somewhat punchless.

The only song that reveals any of the hollaback girl's heart is "When I Was A Little Girl," which she co-wrote. More tender, personal tracks like this would have been a present indeed.

Patti LaBelle and Friends, "Home for the Holidays" (GPE Records)

Patti LaBelle has recruited a talented roster for "Home for the Holidays" and, in the spirit of Christmas generosity, she gives them ample room in the limelight.

The repertoire is varied, including vocal interpretations of classical works like Schubert's "Ave Maria" (by Ruben Studdard) and "Brahms Lullaby," as well as versions of more recent Christmas favorites with secular themes like "Don't Save It All for Christmas Day" and "Grown up Christmas List," both LaBelle solo spots.

Also featured are modern Christian hits like "Mary, Did You Know?" while pianist Jamar Jones, who co-produced the set, leads the band on the relaxed "O What a Night" and the carnivalesque "Brazilian Sleigh Bells."

Other performers are vocalist Vivian Green on the "The Christmas Song" and "Maybe Next Year" and gospel great Tamela Mann — who duets with LaBelle on "Jesus King!" — which will surely get you in the spirit. If you're yearning for a diverse set for the holidays, LaBelle has cooked up a feast.

Early into "Holidays Rule Volume 2," you start to wonder if the album's theme was annoying songs by really talented people.

It begins with a remake of Paul McCartney's "Wonderful Christmastime," with Sir Paul, Jimmy Fallon and the Roots. It's a recorded version of a mix first performed on Fallon's show that demonstrates the band's talent but can't save an annoying song that earns McCartney royalties — and damages his reputation — every time it's played in a grocery store.

There's a gimmick calypso number by the supremely talented Lake Street Dive called "I Want a Hippopotamus for Christmas" that we can only hope won't enter the permanent holiday canon.

But there are gems here, too. "A Winter Romance" by Vera Blue, and Muna's version of a better McCartney composition, "Pipes of Peace," stand out on a collection that mixes hits, misses and oh-my-gosh-I-can't-unhear-that blunders.

It isn't really Christmas without the King crooning "Blue Christmas" so we welcome a clutch of classic holiday songs by Elvis Presley nicely augmented by the Royal Philharmonic Orchestra.

The 13 songs are pulled from "Elvis' Christmas Album" (1957) and "Elvis Sings the Wonderful World of Christmas" (1971), and they haven't been messed with except for the addition of strings and horns, often employing admirable restraint.

There's danger messing with these gems but the new orchestral parts blend tastefully. If the originals were a little spare with a honkytonk feel, they're now lusher and virtually cinematic. Most come out better, including such fragile beauties as "Oh Little Town Of Bethlehem" and "Silver Bells."

The orchestra-approach has been done before with some of Presley's non-holiday songs and didn't always work, often overpowering the tunes and sounding forced and excessive. This time it's different. Maybe Presley's Christmas songs are hearty enough to lend themselves to more sweeping arrangements. Whatever it is, mixing the King with royalty works beautifully.

If Santa sales and reindeer displays before Halloween have zapped your mirth by December, then quickly give "13 Days of Xmas" a listen. This alt-holiday collection is a perfect antidote for commercial Christmas overdose.

The deliciously subversive "The Pagans Had It Right" is a highlight, from Chicago's bluesy jug band Devil in a Woodpile. Featuring stellar picker Joel Paterson on banjo, Beau Sample's jaunty bass and Rick Sherry's exuberant kazoo, this is definitely not "Silent Night."

Ruby Boots' "I Slept Through Christmas" is for grinches, the lovelorn and anyone else drawn to her rootsy retro voice with a bit of Nashtralian twang. The Perth native laments, "The faster the better it passes me by, can't help it I just want to cry."

Zach Schmidt makes "I'm Drunk Again This Christmas" a perfect redneck carol, shooting whiskey to make the relatives more bearable, with a moaning pedal steel to top it all off.

The smooth and silky voice of Leslie Odom Jr. is back this season with the deluxe version of his 2016 holiday album, "Simply Christmas." The Tony-winning actor adds to his traditional holiday collection with four more tracks, including "Edelweiss" and "The Christmas Waltz."

Odom's delivery on standards like "Please Come Home for Christmas" and "The Christmas Song" is timeless, as he honors those classic melodies with his pitch-perfect precision. But don't expect to hear the type of delivery the "Hamilton" star delivered in his award-winning turn as Aaron Burr. That's fine, because what you get is a dozen timeless holiday tunes by a young guy with an old soul.

Tom Chaplin takes the road less traveled on "Twelve Tales of Christmas," recording mostly songs he helped write instead of the well-trodden Christmas chestnuts. He makes it a glorious journey.

After long deferring to bandmate Tim Rice-Oxley on Keane's albums, Chaplin rediscovered his songwriting chops on his first solo album, "The Wave," from 2016.

Like the "loving hearts and homes" on "Midnight Mass" or "love as our gravity" on "Under A Million Lights," the lyrics here center on family, loss, redemption and real values, inspired by what Chaplin says are the "bittersweet qualities" of the holiday season.

The best of the four covers is opener "Walking in the Air," a British favorite which has dozens of versions but benefits here from the purest qualities of Chaplin's voice.

Other songs, like the urban romanticism of "London Lights," or the soaring, Keane-like "Follow My Heart" make "Twelve Tales of Christmas" a great listen in any season.