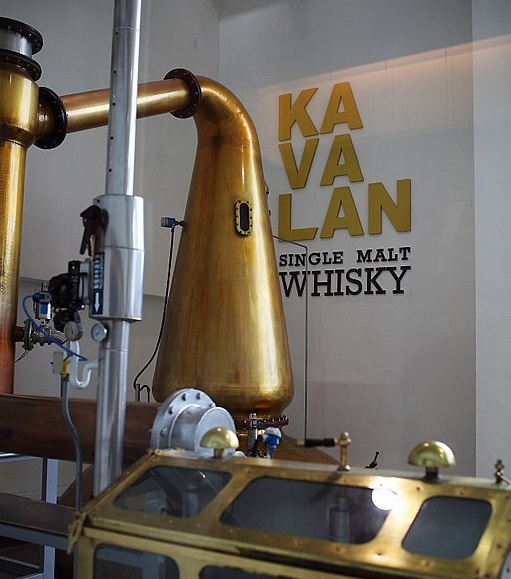 TAIPEI (Taiwan News) – Taiwanese whisky distillery Kavalan Whisky has been crowned the global "Distiller of the Year" at the 2017 International Wine and Spirits Competition (IWSC). The 2017 IWSC awards ceremony and Gala dinner was held in London on Nov. 15 this year.

The designation as "Distiller of the Year" is one the highest accolades a spirit company can receive. The ISWC describes itself as the oldest and most prestigious wine and spirits competition in the world.

The Kavalan Whisky Company, founded in 2005, is based in Yilan, Taiwan and takes its name from the indigenous name for the area. It produced its first batch of single malt whisky in 2006, and since then the brand has been steadily gaining in popularity and international recognition.

The Kavalan brand is noted for its smooth, creamy taste, which is the result of clean, fresh water from Snow Mountain and Yilan's high level of humidity, along with the expert brewing techniques of Kavalan's team.

This is the sixth time that the Kavalan Whisky Company has received the distinguished award of the ISWC Spirit Producer of the year award; with awards in 2011, 2012, 2013, 2015, 2016, and now, 2017. Such a performance is remarkable for such a young company.

According to the press release, upon receiving the award the Kavalan Master Distiller Ian Chang said "We're passionate about making world-class whisky; we're humbled to receive this award; and we're committed to making even finer whisky in the future."

Kavalan Whiskey is Taiwan's only family owned distillery, and has made a remarkable name for Taiwanese whisky in just a decade with numerous international awards and accolades, including over 250 gold awards to date. The brand is now available in over 60 countries.

This year Kavalan also received the trophy for the best Scotch produced outside of Scotland with the Kavalan Solist Ex-Bourbon Cask Strength product.